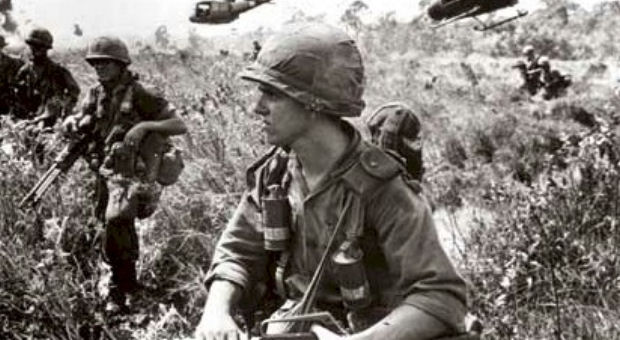 It’s 2010, and that means we can all look forward to a brand new Call of Duty game releasing in November. Last year was Infinity Ward’s turn, so this year we can all look forward to another uninspired World War II shooter from Treyarch … OR CAN WE!? According to rumors, Treyarch might actually be growing a set and trying something new(ish) this year — taking players to Vietnam.

Call of Duty 7 is said to be a very story-driven game, focusing on individual members of a Vietnam platoon. Because this is Treyarch, the game’s pacing is rumored to be liberally taken from other people’s work, namely war films such as Saving Private Ryan, Platoon, Apocalypse Now and Full Metal Jacket. So, it’ll basically be every war film we’ve ever seen.

Of course, this is nothing but rudderless speculation for now, but it seems very likely to me. World War II is old news now, while Vietnam will allow Treyarch to do something new without being too inventive or original, which is pretty much that studio’s territory. How do you feel about Call of Duty reflecting upon America’s greatest military triumph? Sounds good, or have previous Vietnam games (i.e, Shellshock) turned you off of the idea?