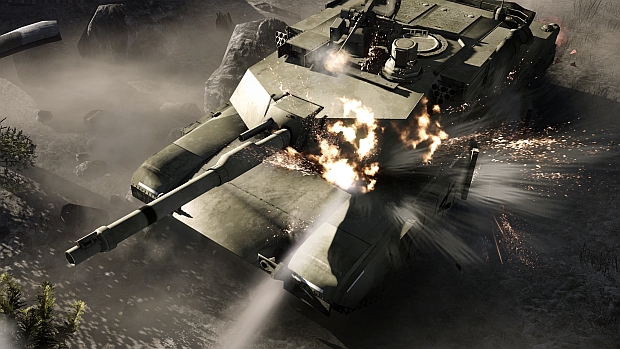 Many developers have garnered goodwill from PC gamers by simply announcing that their own games would support the use of dedicated servers in the wake of Modern Warfare 2‘s sucker-punch. In fact, DICE was one of the first to jump on the opportunity. Unfortunately, it seems that they have clarified some of those statements, revealing news that will surely disappoint a portion of its converts.

A bit of news posted on the official blog regarding the PC beta noted the following:

“Public Server Files: We will not distribute these publicly.  There are many factors for why we have decided this with the biggest factor being security & integrity of our game & Dedicated Servers.”

Keep in mind that this is a rumor, and that we’ve contacted EA for clarification. Speaking of clarifications, there should be some things that folks should know, especially for those confused about the way server-based multiplayer games work.

Most console games (and Modern Warfare 2 PC) use matchmaking, which connects players to each other, with one player acting as the host. Server-based architecture uses a separate “dedicated” host that all players in a game connect to, with the server handling the individual player connections. Thus, servers are a common location, improving network performance across the board and eliminating the so-called “zero-ping advantage.”

DICE’s statement above means, basically, that any dedicated server for Bad Company 2 will be available for rent, from DICE (and partners) only. They will ultimately be under DICE’s control. Therefore, players who wish to run modded games on their own, personal servers can’t. You may begin your tooth-gnashing. To be fair, this point was also made in the original FAQ back in October.

It’s not all bad, though. Players renting servers still have the critically important admin tools, customized names and game settings, password-protected entry, player management – basically all the advantages except the ability to run mods. I personally would argue that the biggest draw for dedicated servers is not necessarily mods, but for performance, as demonstrated by Modern Warfare 2 and the disadvantages of matchmaking. Further, DICE-run servers should naturally be more secure and help retain the integrity of the game’s character progression et al.

Keep the faith, PC fans! Well, keep most of the faith.