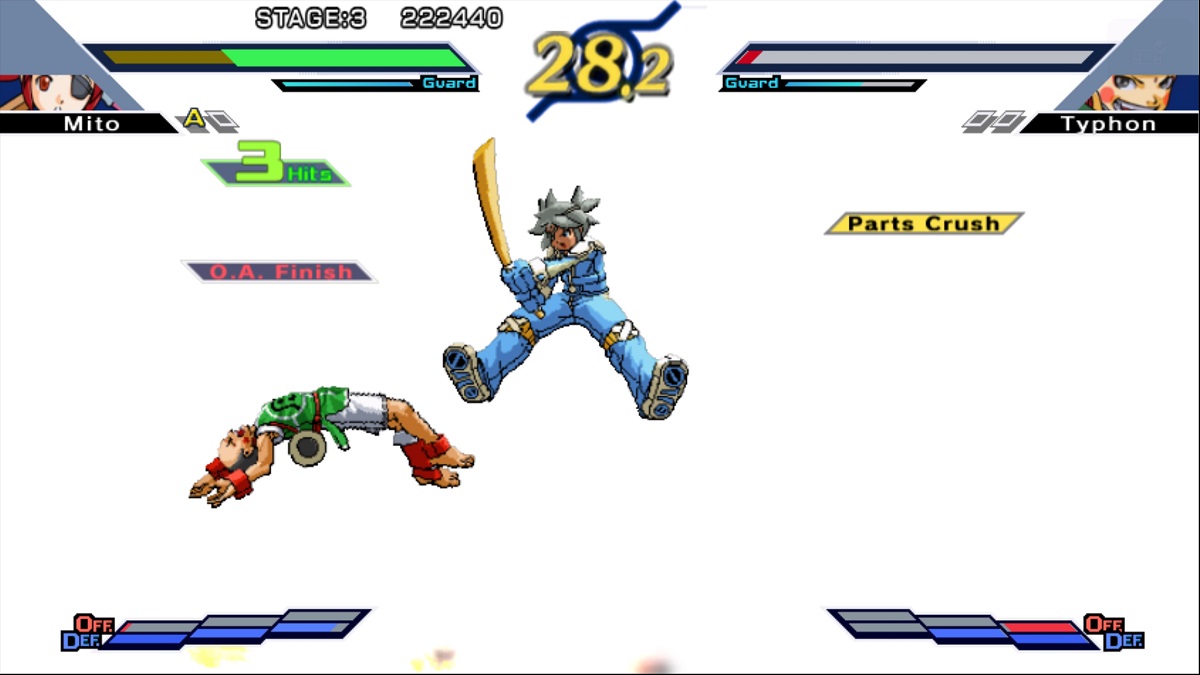 Earlier this month, publisher 3goo released the 2005 2D fighting title The Rumble Fish 2 onto modern consoles, offering the unique scrapper its first worldwide home release ever. Unfortunately, despite the quality of the game itself, the release was a woefully disappointing way to present this long-lost classic.

The new release of Rumble Fish 2 forces 16×9 widescreen support, has a soft filter by default, does not support keyboard for its Steam release, and is missing rudimentary fighting game features for its online modes, such as lobbies, a replay function, and even the ability to rematch your opponent. Additionally, The Rumble Fish 2 is priced at $30, and locks three characters behind an additional $10 paywall. Yikes.

Following a slew of negative feedback directed toward The Rumble Fish 2 on Steam, a developer has responded to the “Top Review”, suggesting that an update is incoming. The update is aiming to add some of the requested features, including savable replays, a spectator mode, additional practice mode settings, and more. A separate update also rolled out on all platforms today, which fixes several unspecified issues with the game’s online and offline modes.

It’s a big positive to see 3goo address some of the issues with this disappointing release. A 4×3 option would be essential, as dedicated players are discovering that the forced 16×9 ratio is, incredibly, causing some wall-bounce combos to break. Additionally, the locked DLC characters should be addressed, whether the publisher caves and offers the trio to all players, or simply reduces the retail price of the base game. There is still much to do to make The Rumble Fish 2 an appealing release, but this update is a start.