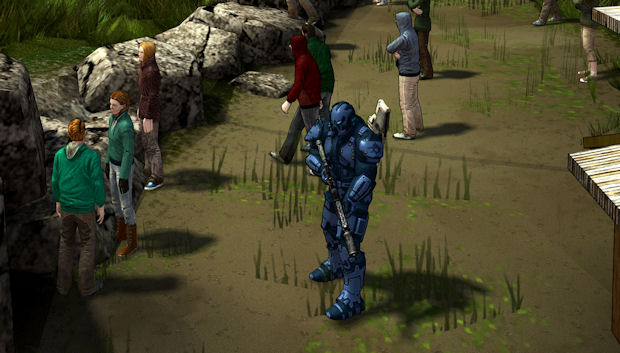 Crackdown 2 does not even have a release date yet, but let’s not stop Ruffian from talking about Crackdown 3. Talking to VG247, Crackdown 2‘s developer has jumped the gun to let us know that Crackdown 3 will “alter” the game’s location, rather than return to Pacific City as Crackdown 2 has done.

“When we go to Crackdown 3 things’ll alter again. But yeah, for Crackdown 2 it made more sense to stick in the same city, because it is pushing on from the idea of the Freak fires and how they’ve affected the city,” explains Ruffian creative director Billy Thomson. “It’s not a case of doing it because it’s quicker. If anything it’s taken just as long to re-do what’s already there, because we’ve got to make sure we don’t break what we spent so much time getting right in the first game.”

Thomson also confirmed that Crackdown 2 will run at thirty frames-per-second, for those of you who get off on all that graphical stuff: ““We will just keep hitting it until we hit 30. Because it does need to be a constant 30. As soon as we go above that, we need to stop.”

Crackdown 2 is set for 2010, but no firm release date has been given. We’re all pretty much looking forward to it at Destructoid though, so we eagerly anticipate news of its launch.