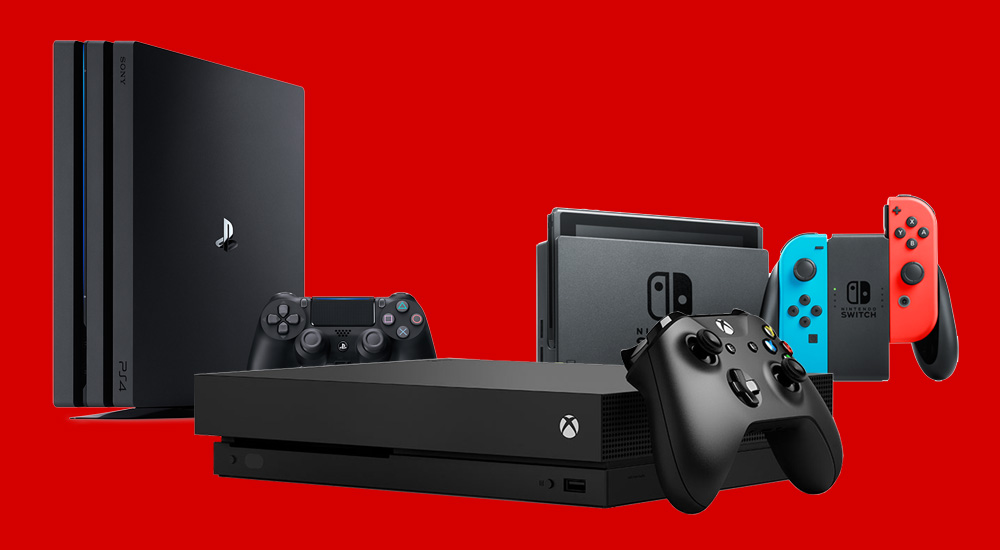 It’s Monday morning and you know what that means: Cyber Monday deals. For those looking to scoop up a PS4, Xbox One, or Switch console, there are quite a few deals available as of this morning. In fact, some of them are significantly better than what was made available on Black Friday last week.

In terms of improving deals, the GameStop added free $35 eShop credit to the Nintendo Switch bundle on top of the already existing $50 gift card. At Walmart, there was a ridiculously good PlayStation 4 1TB Slim bundle for $199 with a free copy of Red Dead Redemption 2 and an extra controller – but as of writing its completely out of stock. Don’t feel bad about missing out because this deal went out of stock a few minutes after going live and we think quantities were extremely limited.

Finally, for the Xbox One – Walmart has added a free PowerA Chat Headset to the $199 Xbox One S Minecraft bundle, and Microsoft Store is now offering a free copy of Gears of War 4 with almost all Xbox One S and X bundle. They have also decided to give away an additional free digital game when you buy the Xbox One X Gold Rush Battlefield V bundle.

If you like the Nintendo Switch deal, we highly suggest you act fast because these will likely go out of stock when the rest of the country wakes up. As for the lack of PlayStation 4 console deals – they are unfortunately sold out everywhere. The Xbox One S and Xbox One X deals appear to be well-stocked (aka less demand) and we don’t expect these to go out of stock anytime soon.