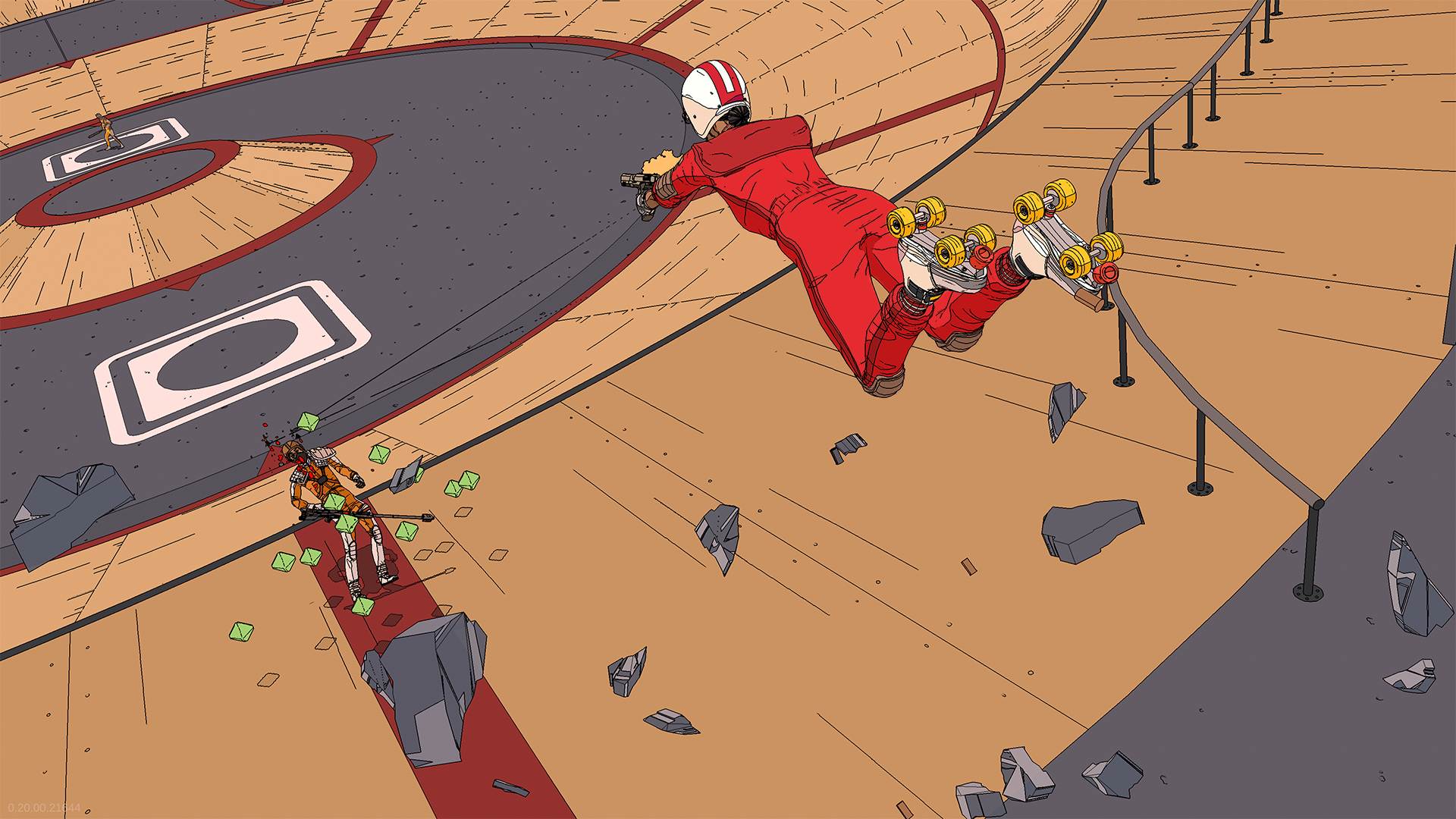 Rollerdrome turns skateparks into warzones, and does it pretty well

Missiles rain down. Snipers bead in on me. Land mines are flying out across the park, lying in wait. And I am doing the sickest flip I can to refill my ammo. Rollerdrome is filled with a lot of moments like these: doing a nose grind in the face of death, and letting loose with a hail of bullets in response.

Rollerdrome is the new game from Roll7, a studio well-known for its OlliOlli franchise. While the team is sticking with extreme sports, it’s roller-skates rather than skateboards this time around, and the skateparks are a bit more dangerous than they used to be. We got to check out a preview build to see just how.

The world of Rollerdrome pits competitors against the House in an arena spectacle. Taking on the role of Kara Hassan in the year 2030, you compete in the brutal blood-sport of Rollerdrome. While you compete in each match, some of them are punctuated by brief explorations of this world, and the sometimes bleak future it paints.

In its art and world, Rollerdrome is absolutely fantastic. The retro-futuristic tone, mixing tech and throwback in equal measure, makes for a very distinct world. And with each new arena, it feels like you’re seeing a bit more of what this world is, what it’s become, and how it could wind up supporting a bizarre sport like Rollerdrome.

As you compete and rise up the ranks, you also start to unravel some of what’s going on behind-the-scenes at the corporations running this bloody circus. But hey, until then, you need to drop in and take some guys out. The most succinct description of Rollerdrome is that it feels like Tony Hawk’s Pro Skater, but with an arsenal of guns. 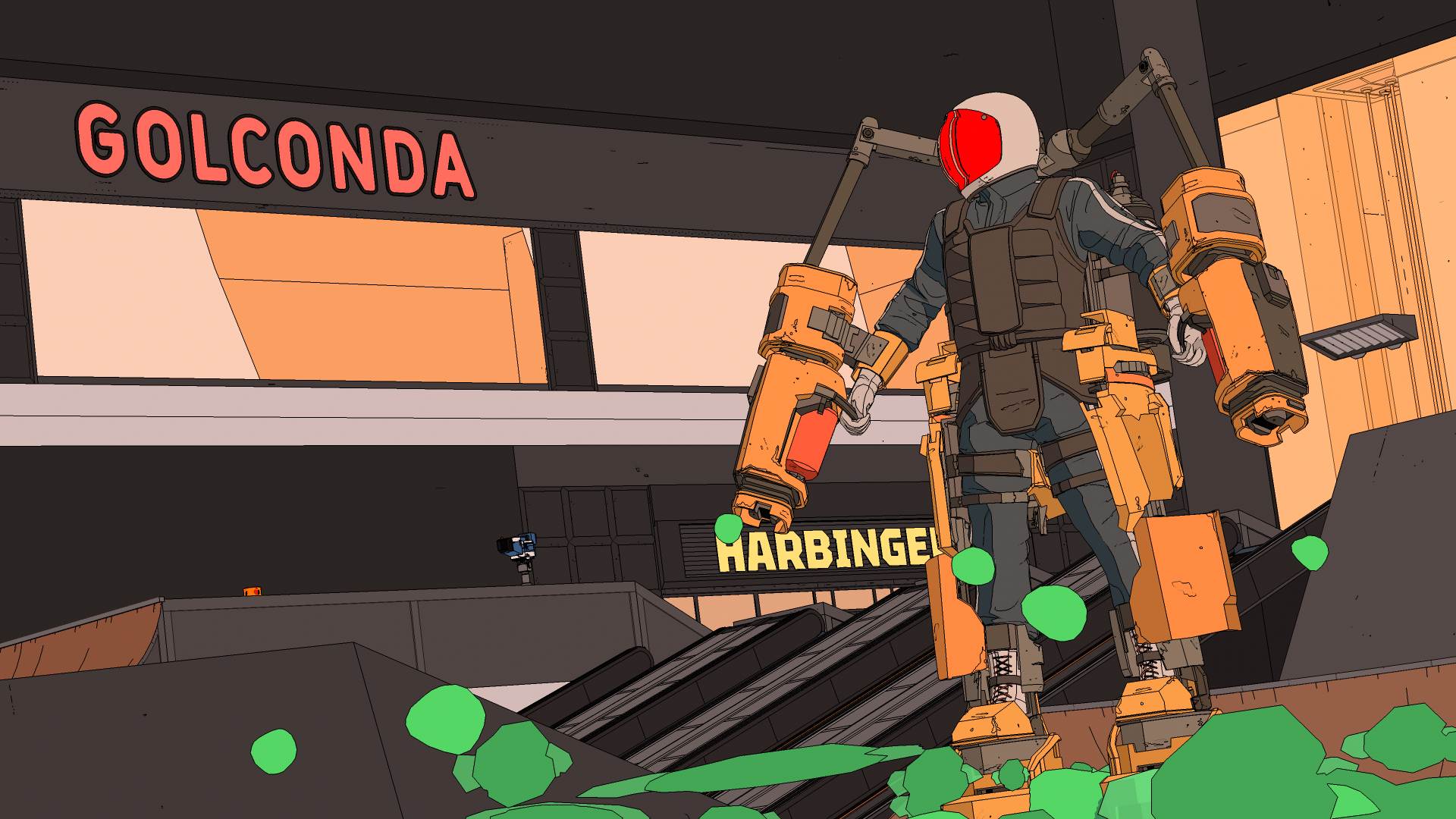 Each stage is a deathmatch, where enemies spawn in waves and you need to eliminate them as fast as possible. Aiming is easy enough as locking on and pulling the trigger, which might seem straightforward at first. But that’s because aiming and shooting aren’t the only moves you’re pulling off in the arena.

Tricks are a key part of the deathmatch, too. Alongside adding some style to your routine and upping your score, tricks are also how you reload in Rollerdrome. This isn’t just a good push to engage with the level as a skatepark as much as an arena, but it’s a constant tension between the player and the game. It helps that tricks are fairly streamlined, with a healthy but manageable list of moves to keep in mind as you skate along.

In frequent situations, I’d find myself scouring not just for the next enemy to take down, but the best route for doing so. Sure, I could just pepper that sniper from a ways away with my dual pistols; but if I took the ramp and went up and over, I could get close enough for my shotgun and do a trick reload, all in one go. 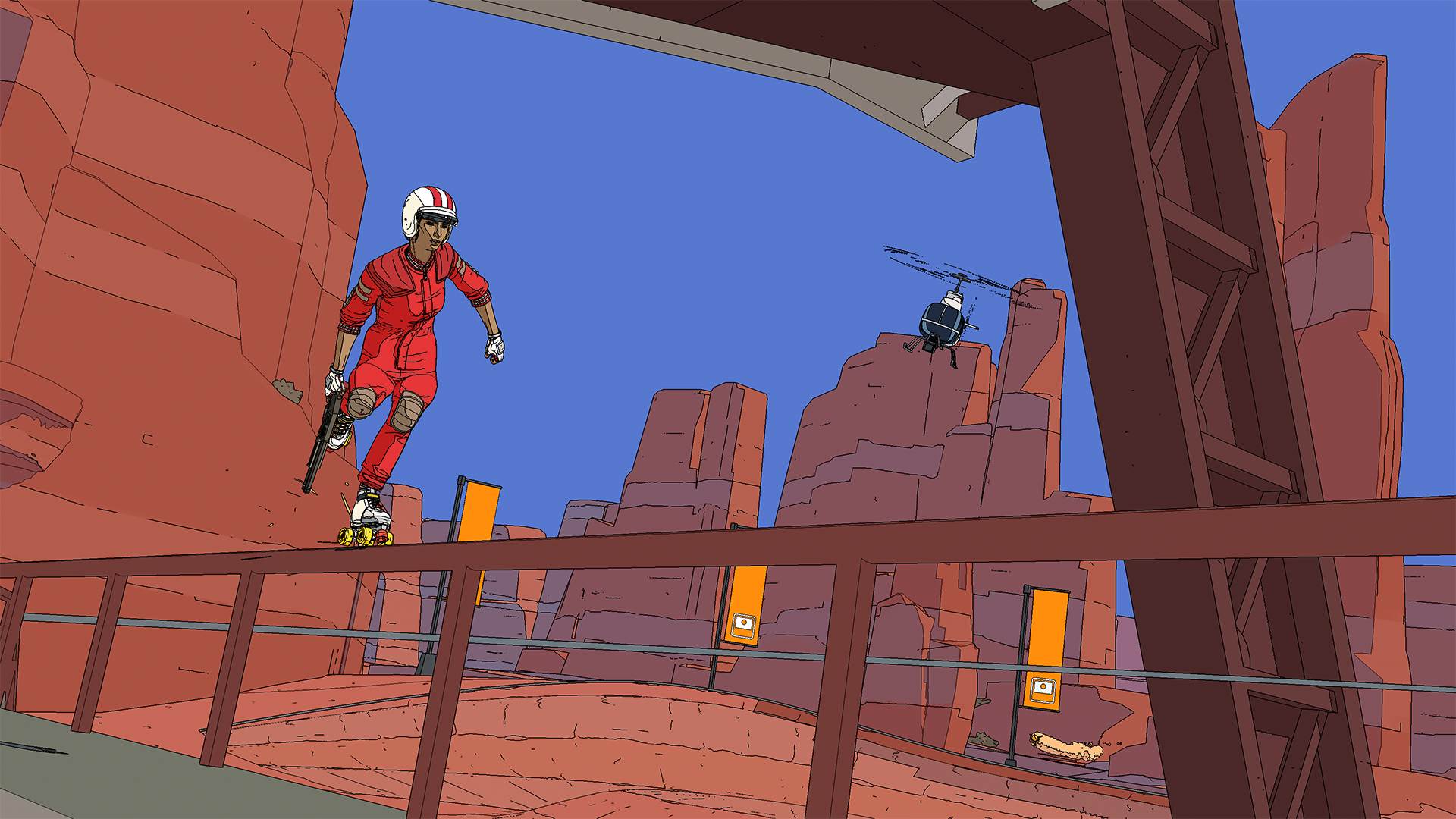 The weapons add a good bit of variety to the action, too. While the pistols are your basic bread-and-butter, Rollerdrome keeps adding new options that add a little bit more. The grenade launcher is great for dealing with crowds. And the shotgun was a fast favorite; it has a quick-action, active-reload-style system where after locking onto an enemy, a timed shot would unleash a slug-shot that had a little more power to it.

Of course, there are constant dangers to consider too. Enemies start off with just bats, bringing sports equipment to a roller-derby-gunfight. But snipers soon add a wrinkle, as they gradually hone in on you and take a shot once you’ve been in their sights too long. Missile launcher enemies release a storm of explosives that follow you around the level, and riot shield foes are just the worst. They wait for you at the bottom of a ramp with a hello and a shield to the face.

Getting out the other side is one challenge. But Rollerdrome is built on challenges, much like the OlliOlli games. Each level has its own set of objectives, ranging from score-based markers to very specific ones. One level might ask you to blow up a few missiles that are hot on your trail, while another might call for executing a specific trick over the arena’s combo markers. 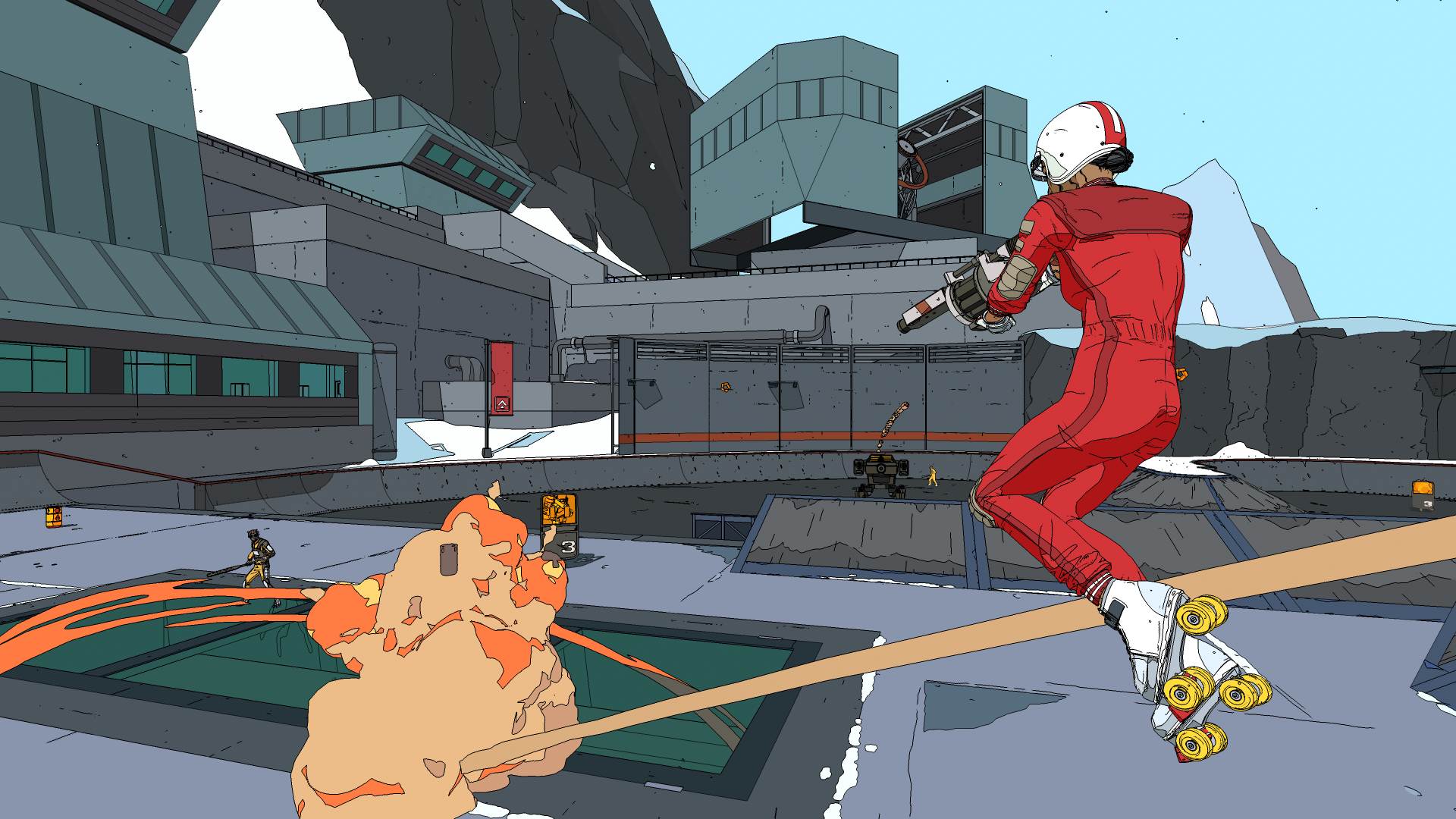 If the two systems, shooting and skating, were at odds at all, it would be easy to see one taking over and pulling it all apart at the seams. Roll7 uses a few specific mechanics, like spot-on perfect dodges and trick-reloading, to keep the action and the score-chasing neatly entwined.

The core realization for me, in the levels I got to play of Rollerdrome, was that I didn’t need to look for just openings, but whole routes. Say, for example, I saw a sniper on the far side that was really a thorn in my side. I could go right for them, or I could calculate out a route to deal with some enemies on the way, building up points and keeping my ammo stocked in the process.

Going from barely scraping by to sorting the match out in style is a really good feeling that Rollerdrome nails down. I did sometimes get a little frustrated with having to insert dodges into my tricks, but the chaos kept me rolling on through.

Roll7 has shown they’ve got a keen sense of how to handle an extreme sports game. This is a bit of an evolution. Rollerdrome‘s arena battles do add a bit more work and mental RAM to the load, but it all clicks together in a chaotic ballet of tricks and bullets. Fans of both pro skating and pro sniping should keep an eye on this one.