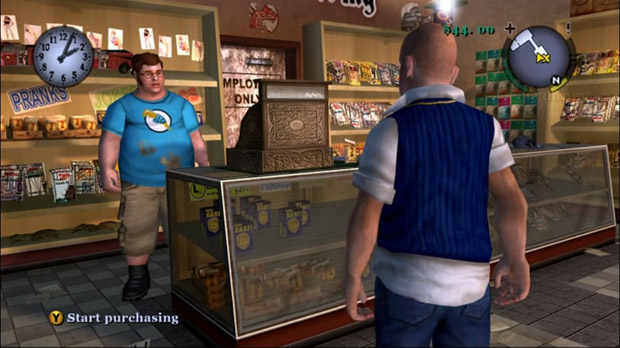 ‘I know I want to,’ says writer Dan Houser

In a chat with Polygon, Rockstar Games’ Dan Houser said that he’d be down for another Bully. “I know I want to,” the co-founder stated. “Well, hopefully, you never know. There’s a lot of directions I could go with that one, it’s funny.” For all of the attention that the Grand Theft Auto series gets, Bully is one of those titles that evokes strong reactions. That soundtrack! I’d love to see the studio revisit the concept with everything it’s learned since 2006.

It’s apparently been suggested that Rockstar take protagonist Jimmy Hopkins and shove him into GTA as an adult. Don’t hold your breath. “I never saw him as being that level of degenerate,” Houser said. “I saw him as a bad teen, because he comes from a tough home, who could go either direction. He’s not going to be a carjacker. He’s too white collar for that already. He’s at a shit private school, but he’s going to end up being really happy because he’s at the worst bit of his life, or being a sort of messed up white collar doofus.

“He was an unpleasant soul, but he had a heart,” continued Houser. “To some extent you could say the same was true of [GTA IV’s] Niko in a bizarre way. But [Jimmy’s] not trying to burn down the school, he’s more trying to stand up to injustice.”