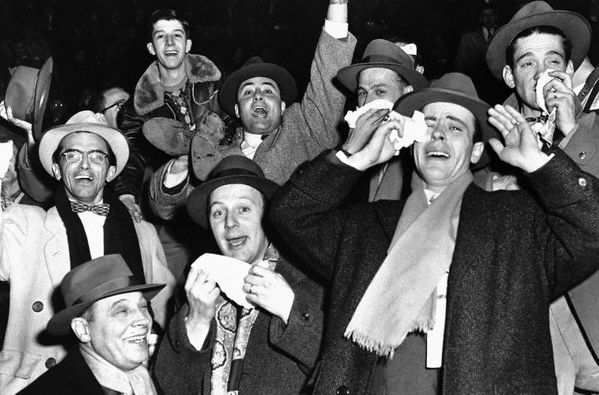 I was going to use a regular screenshot of the game for my header, but then I found the picture above, which was actually titled “Rocket Riot”. No lie. Obviously, it wins. Look at all these people cheering for you, winners!

Oh yeah, and about that. We had this Rocket Riot contest, you see, and you guys had me cracking up over some of the entries. Incredible! In the end, I had to hand the Grand Prize to JoeCamNet (you can hear his winning entry here) for writing his own hilarious lyrics and rapping. Second place goes to Torzelan for his rockin remix and third goes to Dialogue616 for his awesomely odd video. Congrats, guys!

We still have several other contests going right now, including a chance to win copies of IL-2 Sturmovik, a PS3 Slim, and an Alienware laptop. Make sure to try your hand at those if you’re in the mood to, you know, get a bunch of cool swag that you don’ even have to pay for.

Filed under... #A Winner Is You!#Freebies