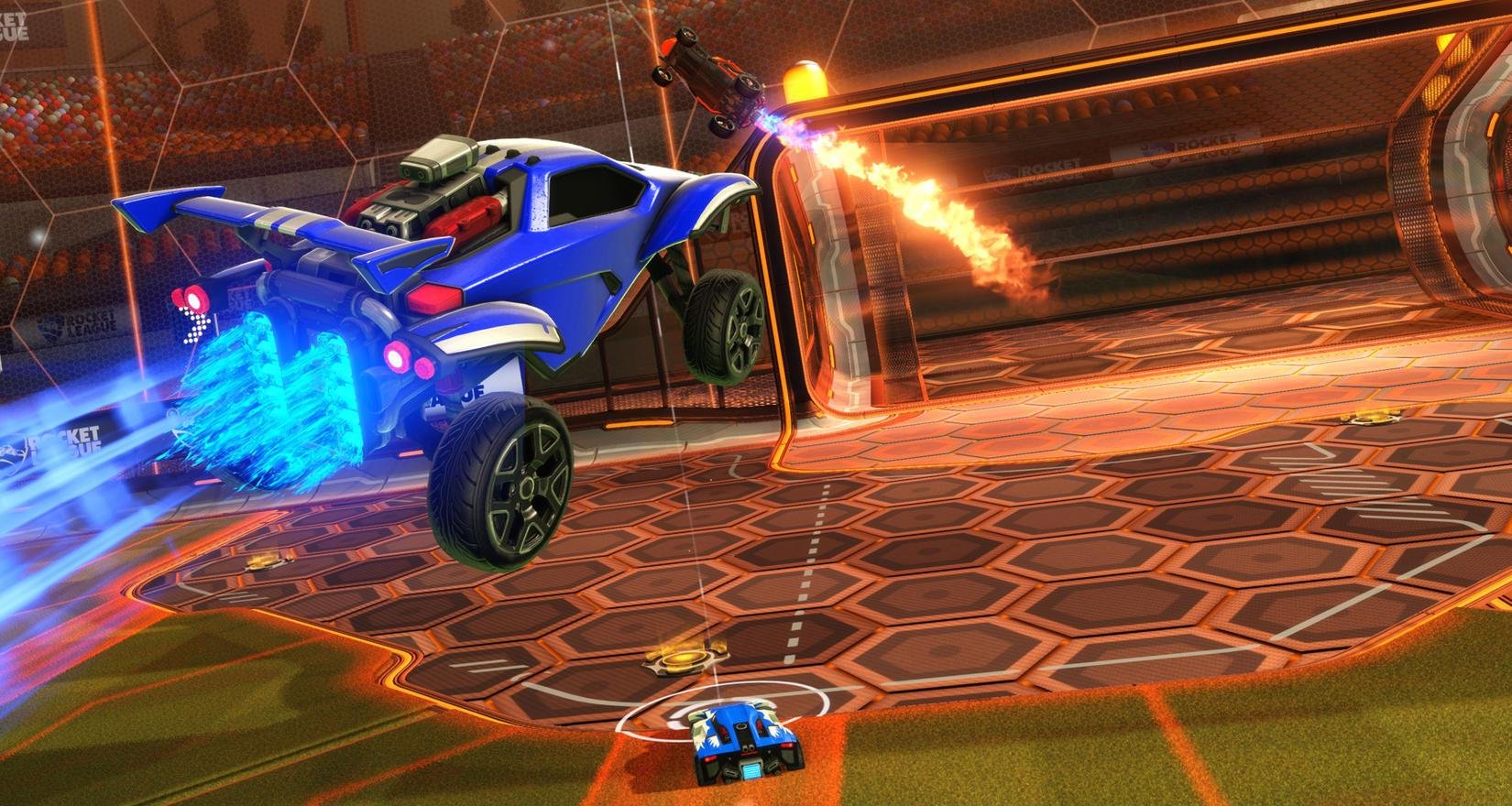 All of a sudden, last year’s champs are out

For the second straight year, Rocket League is taking advantage of the summer break between RLCS seasons to hold a high-profile doubles tournament. The NBC Universal Open is interesting in that 2v2 is Rocket League‘s most-played playlist but not something that Psyonix generally spotlights for esports. Standard 3v3 is the most refined version of the game, whereas 2v2 has this calculated chaos about it where kickoff goals are semi-normal and a single demolition can be a game-changer. There’s more free space on the pitch and that alone makes doubles ripe for the unpredictable.

That’s exactly what happened on the European side of the tournament today. Most of the favorites in Europe were eliminated from the double elimination bracket earlier this afternoon. The biggest casualty came from the defending NBC Universal Open champions Team Dignitas (Kaydop and ViolentPanda), as they won their opening matchup before dropping their next two series in surprising defeat.

What is happening in EU!? @Methodgg just took down @TeamDignitas 3-2 and we’ve got even more match updates below!#UOS2

Anything can happen in Rocket League, sure, but Kaydop and ViolentPanda have had an unfathomably good 12-month stretch. They won last year’s Universal Open in August, they won the two most recent RLCS titles in November and June, they won last month’s Northern Arena, and they went to the Grand Finals of the ELeague tournament in December (losing an incredible seven-game series to G2). Their only real blemish has been a disappointing Dreamhack Leipzig in January. They’re masterful players who are favorites or near-favorites in every tournament they enter.

It wasn’t just Dignitas though. More European top names stumbled today. Renault Vitality (Paschy and Fairy Peak) weakly dropped consecutive matches. Paris Saint-Germain (Chausette45 and Ferra) went the same route as Dignitas with one win and two losses. Dignicats (Remkoe and Turbopolsa) suffered the same fate; Turbopolsa is the third player on Dignitas and the only three-time RLCS champion. It was a crazy day where a lot of Europe’s best talent just didn’t perform the way they usually do. Here’s the bracket with all the series results.

That means the door is wide open for all sorts of unexpected teams to be among the four qualifiers from Europe to go to the Grand Finals in Connecticut. Complexity (Mognus and Metsanauris) is probably the safest pick of the remaining six squads. But, the most intriguing team is Girls (Greazymeister and Scrub Killa). Scrub Killa is the long-time Rocket League wunderkind who only recently hit the 15-year-old age threshold to compete in RLCS. He signed to Renault Vitality this summer, instantly making that squad a favorite — or at least a team that could take a run at Dignitas — in Europe.

North America hasn’t had nearly the same level of drama in the NBC Universal Open. There are few surprises there with three of the four Grand Finals spots already secured. The qualifiers thus far are Ghost (Lethamyr and Memory), Cloud9 (Squishy and Gimmick), and NRG2 (GarrettG and JKnaps). Those teams were probably all favored to win their regions. The West region is the only one that’s undecided, with the regional finals taking place this Saturday.

The remainder of the NBC Universal Open schedule has the European qualification matches tomorrow August 9, the West finals on August 11, and the Grand Finals the weekend of August 24. Here’s a full schedule for the rest of the tournament. It can all be streamed on FaceIt’s Twitch channel. Only one thing’s for sure: Last year’s title won’t be defended.