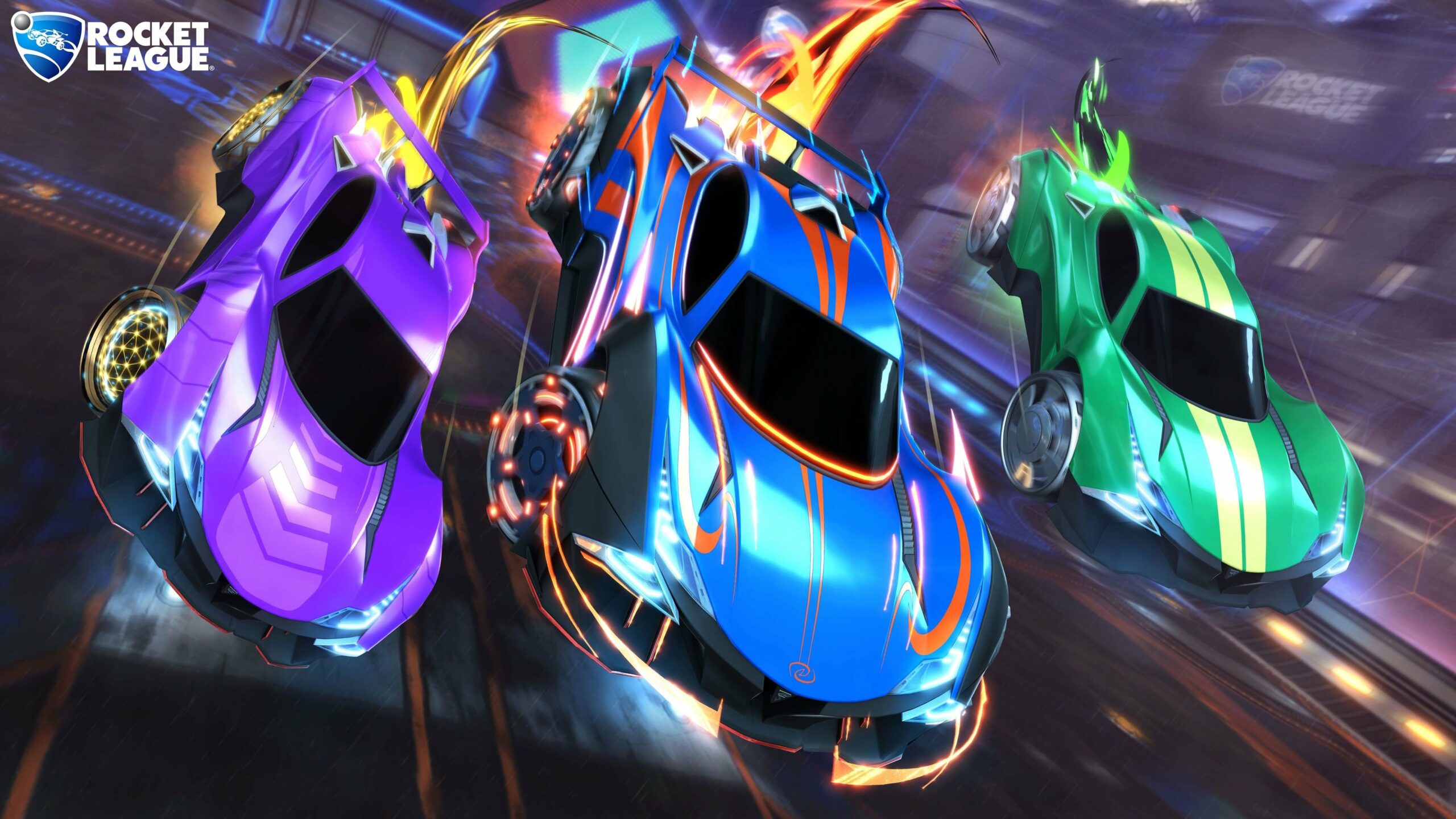 Rocket League‘s third Rocket Pass launches on April 17, and it’ll be accompanied by a new feature that amplifies its appeal. Psyonix is introducing a Challenges system to Rocket League, and it makes perfect sense for the players who are trying to cruise through all the Rocket Pass tiers to get to the painted special items.

Challenges are just as they seem: Side activities that come with their own rewards. They’re mostly innocuous. Use certain quickchats in 15 online matches, rack up some stats with a special antenna equipped — that sort of stuff. There will be six challenges each week. Three of them are free for everyone, and another three are reserved for people who pay $10 for the premium Rocket Pass 3 track.

We spoke with game director Scott Rudi, and he explained why the challenges are structured around the basics of Rocket League. “We don’t want people to chase crazy objectives and ruin the games for their teammates. We want to protect that core gameplay,” Rudi said. Imagine a challenge for scoring a flip reset goal, which is definitely one of Rocket League‘s flashier and more advanced mechanics. It’d be infuriating to be partnered up with someone who’s obsessively trying to tick off that challenge (especially if they can’t do it). It’d all but guarantee a loss. 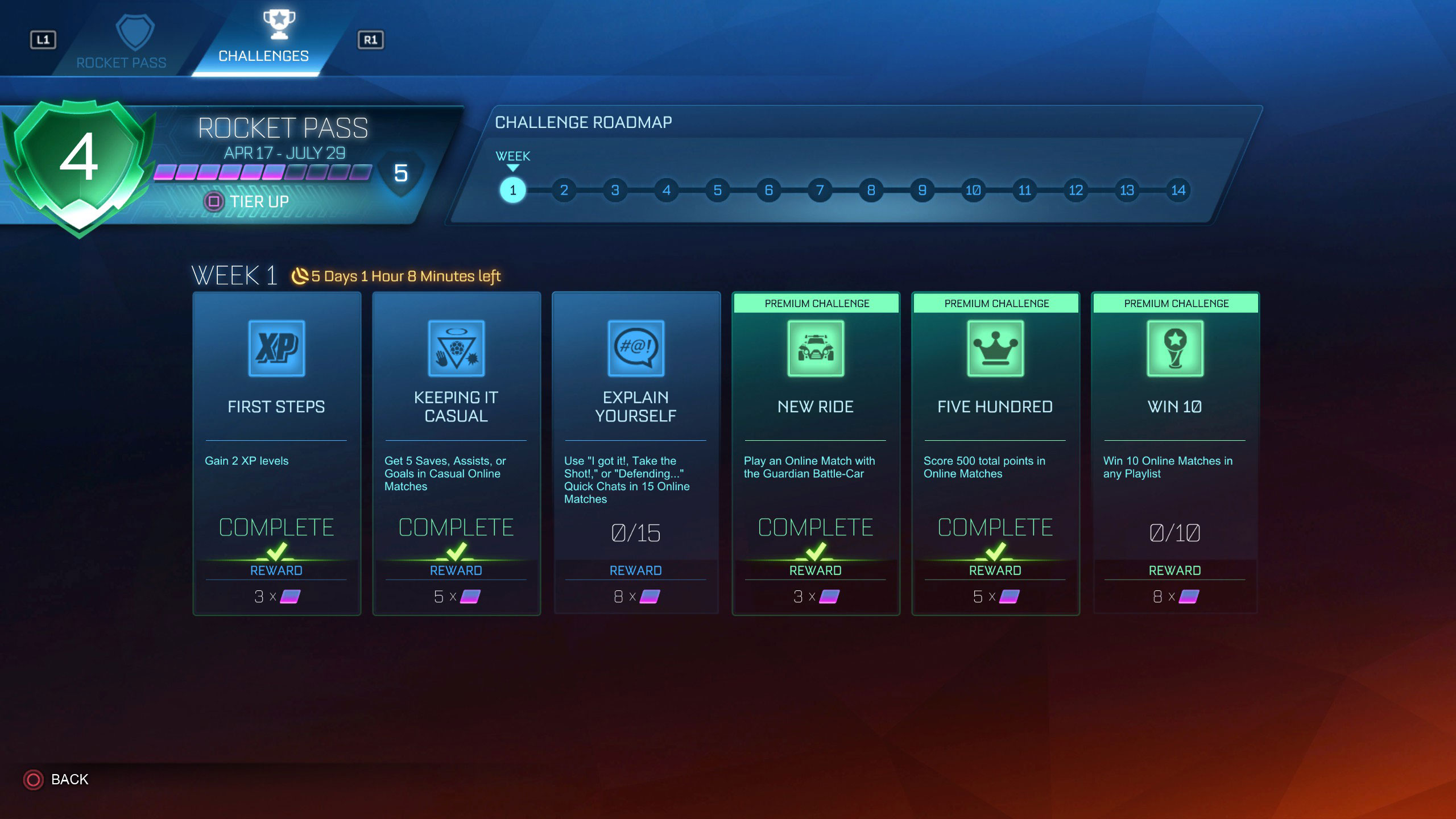 That’s really the crux of Challenges, according to Rudi. “We want to get players through Rocket Pass a lot faster,” he told us. “We want to keep them moving and give them a reason to log in frequently each week.” It’s not that progression is different. It’s just that now there’s an optional set of (pretty achievable) constraints to expedite progression.

To what end? Well, it all depends on the quality of Rocket Pass 3’s rewards. We’ve seen some and the items seem up to snuff. The new car is called the Guardian — a sleek-and-sharp looking machine with a Dominus hitbox. Rudi explained his mindset behind sticking with the tried and true body types: “I’d like to be conservative with the number of hitboxes because it lowers unpredictability for a lot of players.” 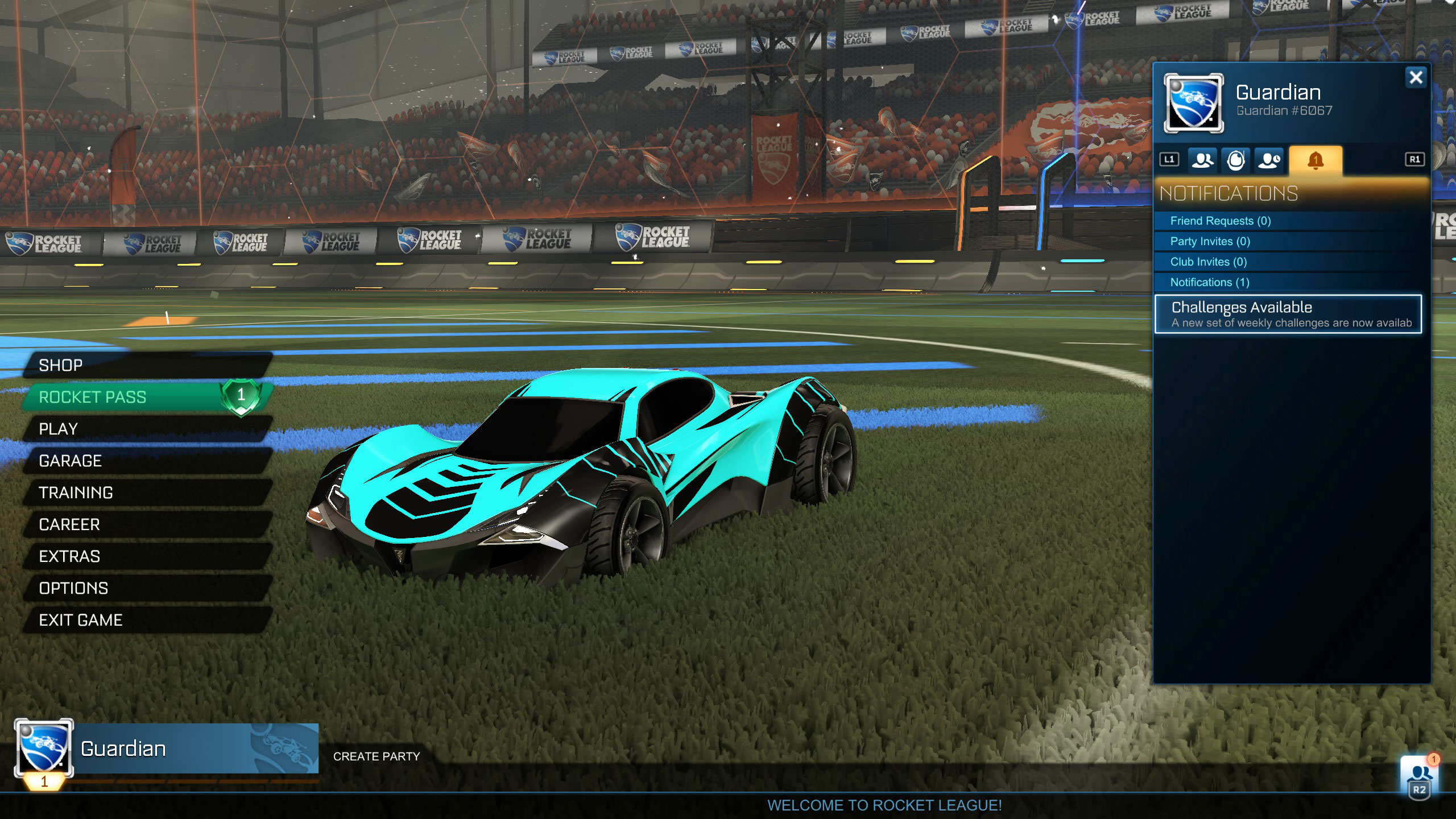 Actually, as the Guardian demonstrates, there’s a blade theme that sort of slices right through most of Rocket Pass 3. The Slash Beam Boost gets increasingly sword-like as you unlock the more elaborate versions. The Force Razor goal explosion cuts through the air anytime the ball crosses the goal line. Rudi also mentions that some of these items, like Force Razor, only have two iterations this time rather than the customary three. “With some things like goal explosions, the changes between three tiers were too subtle so we moved to two [versions].”

The best item in Rocket Pass 3, though? That’s the one that completely subverts expectations and shuns the ever-increasing excess of Rocket League. The Poof goal explosion just makes the smallest and most harmless boom before sending everyone to the replay. Now that’s a reward that’s worth grinding out a few challenges.