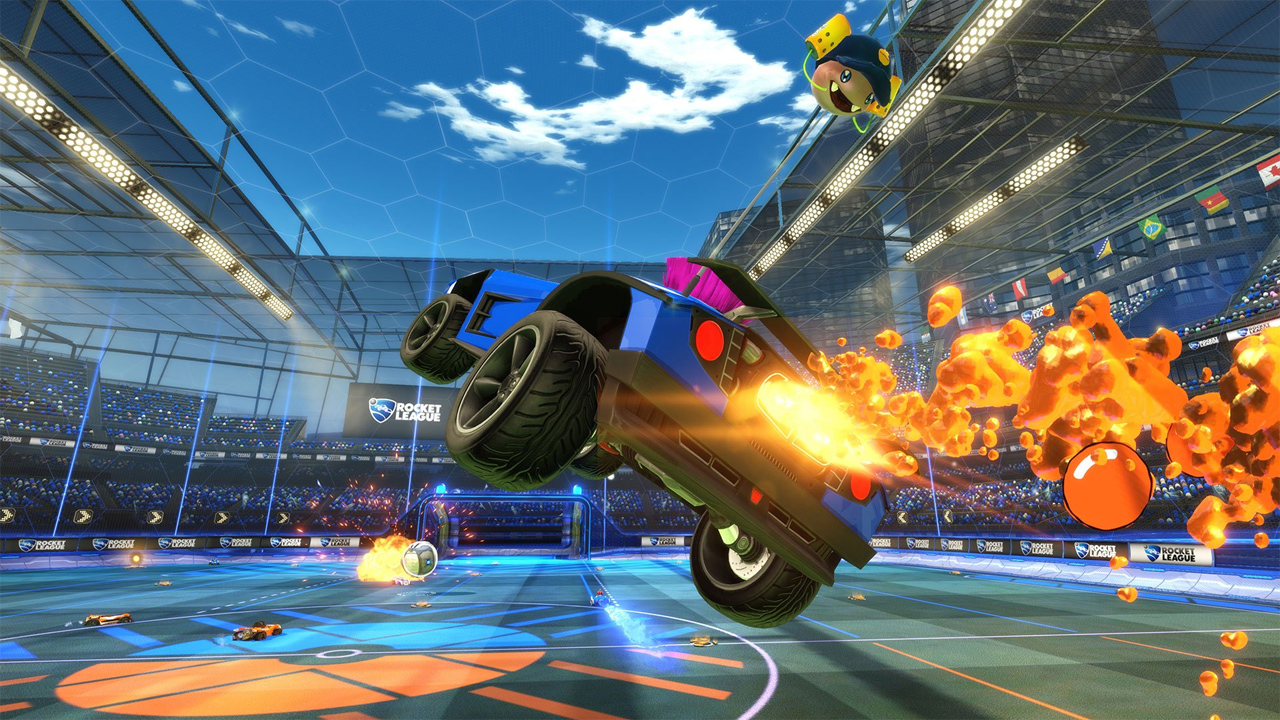 As promised, Rocket League is coming to Xbox One soon. Developer Psyonix plans to self-publish its darling soccer-with-cars multiplayer game on Wednesday, February 17 for $19.99. I’m thrilled for a new audience to discover if it’s as good as folks say (it somehow is).

This port includes three DLC packs (Supersonic Fury, Revenge of the Battle-Cars, and Chaos Run) at no extra cost, amounting to even more cars and customization items. Xbox One players are also getting a pair of exclusive vehicles based on Gears of War and Sunset Overdrive among other Xbox-centric cosmetics like the Overcharge Rocket Trail shown above.