People who played Rock Band 3 can expect their Rock Band 4 library to grow significantly in the coming months. Since Rock Band 4‘s October 6 launch, Harmonix has been at work trying to bring old content onto the new platforms. The most recent game is the first up.

Harmonix wrote a post on its website detailing the going-ons. If all goes according to plan, Rock Band 3 will be able to be imported to Rock Band 4 on December 8 when an update gets pushed. The caveats are that you own and have played a copy of Rock Band 3, and that you pay a $15 export fee.

An interesting aside in Harmonix’s note is that the developer is soon losing the rights to sell Rock Band 3. That agreement comes to an end on October 30, at which point the game won’t be sold digitally anymore. Of course, you can still pick up a physical copy at any retailer that’s still carrying stock.

Harmonix seemingly has no intention of stopping after Rock Band 3. It’s also working on exporting the other Rock Band titles into Rock Band 4 (apart from The Beatles: Rock Band). There’s no word on when any of that is expected to happen, because it’s not a given that it ever will happen. Harmonix also released this chart to help clear up any confusion because digital rights ownership is tricky. Let’s take it one step at a time, and that first step is Rock Band 3 on December 8. 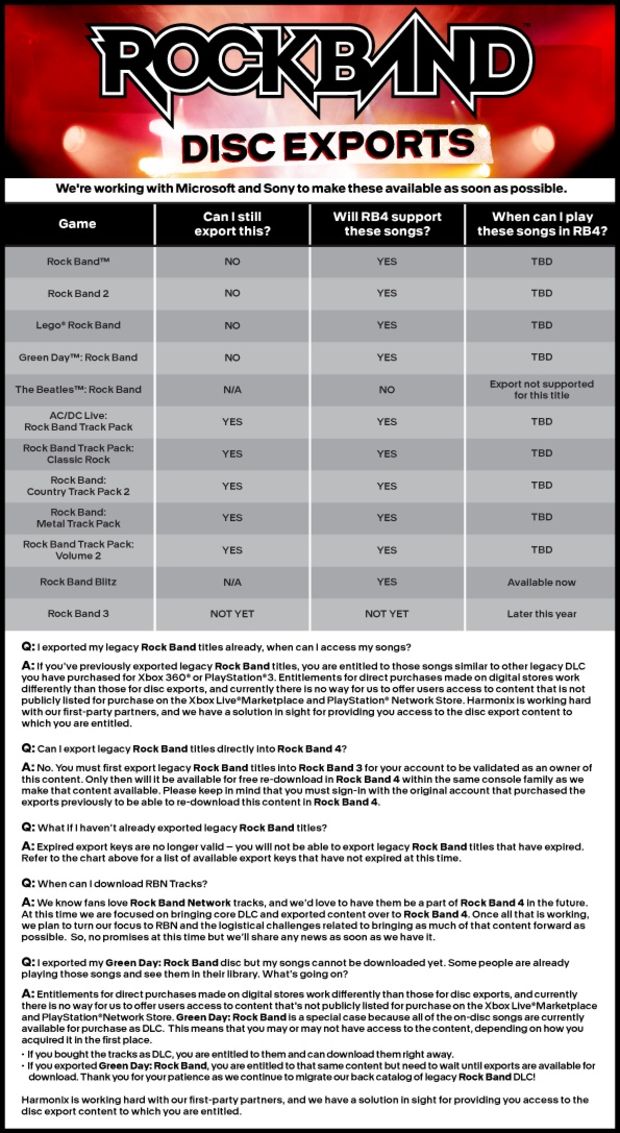