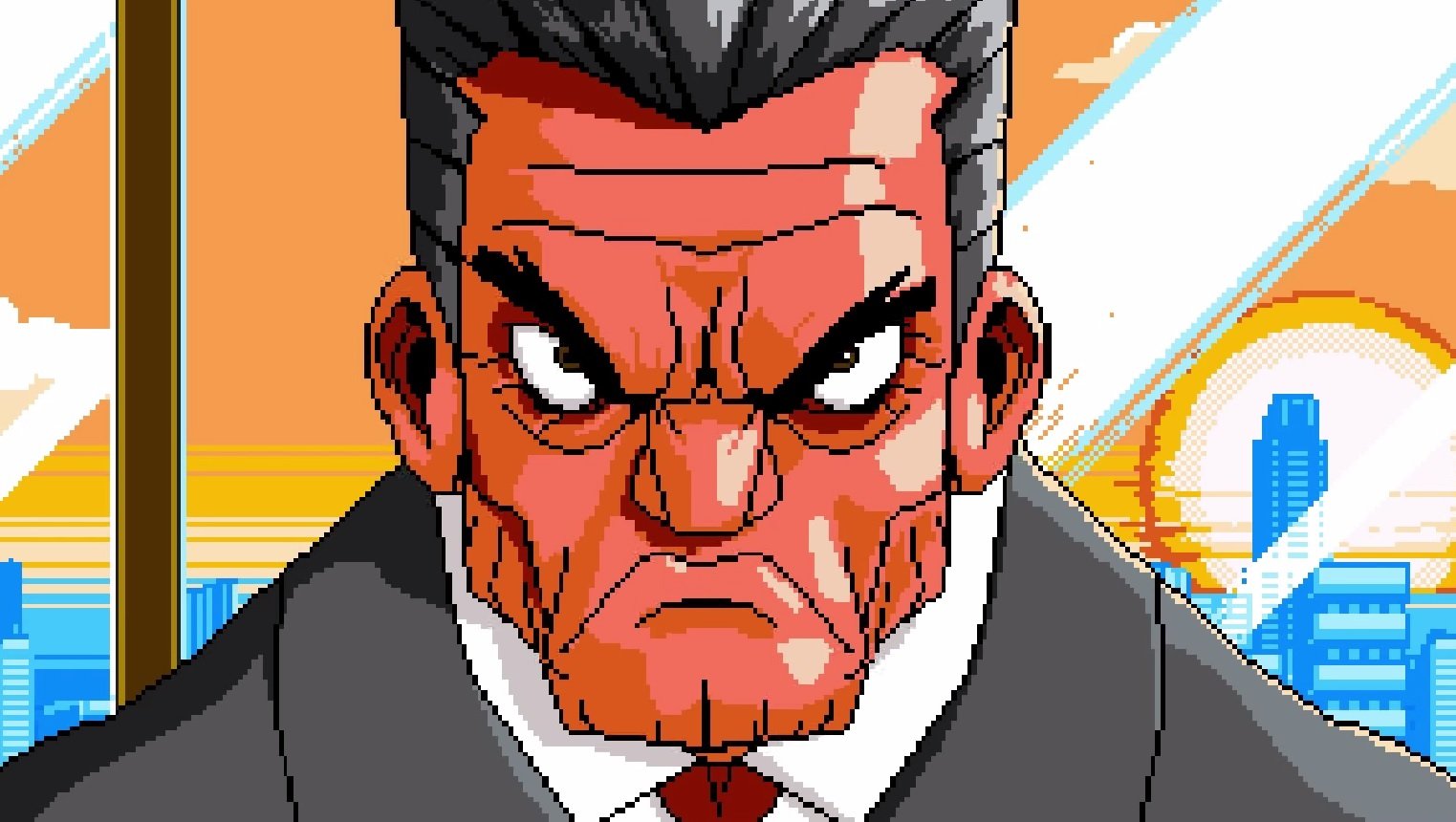 It has been nearly two years since River City Ransom: Underground was funded on Kickstarter, and the game has just recently went up for voting on Steam Greenlight with the above new trailer in tow. While you’re giving it a watch be sure to look for the four person box stacking and a shark on the receiving end of a flying pile-driver and listen for a wonderful soundtrack by one of my favorite artists, Disasterpeace.

Can I gush about Disasterpeace for a minute? He has made some of my favorite chiptune albums and did the score for my movie of the year (thus far) It Follows, which is easily one of the best horror films I’ve seen in years. The fact that he is making the soundtrack to the sequel to one of my favorite games of all time has me giddy.

Okay, back to River City Ransom: Underground; it is said to be the sequel to the original though one could argue it had various followups in Japan, such as Downtown Special: Kunio-kun no Jidaigeki da yo Zen’in Shugo!, which were never localized. The River City Ransom series is better known as the Kunio-kun in Japan where there were around 15 games starring the sexy beast known as Kunio, including many sports games that came west as Super Dodgeball and Nintendo World Cup.

Underground is set to feature over 100 hand-drawn levels, over eight heroes to choose from, and a four player co-op campaign that can be played locally or online. I remember beating the original title in an afternoon, so the thought of having over 100 levels to play is a bit overwhelming, but would certainly be a great time with three other friends.

I seriously encourage everyone reading this that has ever been a fan of beat ’em ups to go to the Steam Greenlight page now and vote for River City Ransom: Underground; don’t make me BARF!