If I achieved anything last week, anything at all, it is that I secured myself a plush pairing of my favorite skull-cracking cutie-pies, Kyoko and Misako, commonly known as the River City Girls. The dolls are part of a new line of merchandise temporarily available to order over at Limited Run Games, just enough to bridge the gap while we wait for upcoming releases River City Girls Zero and River City Girls 2. 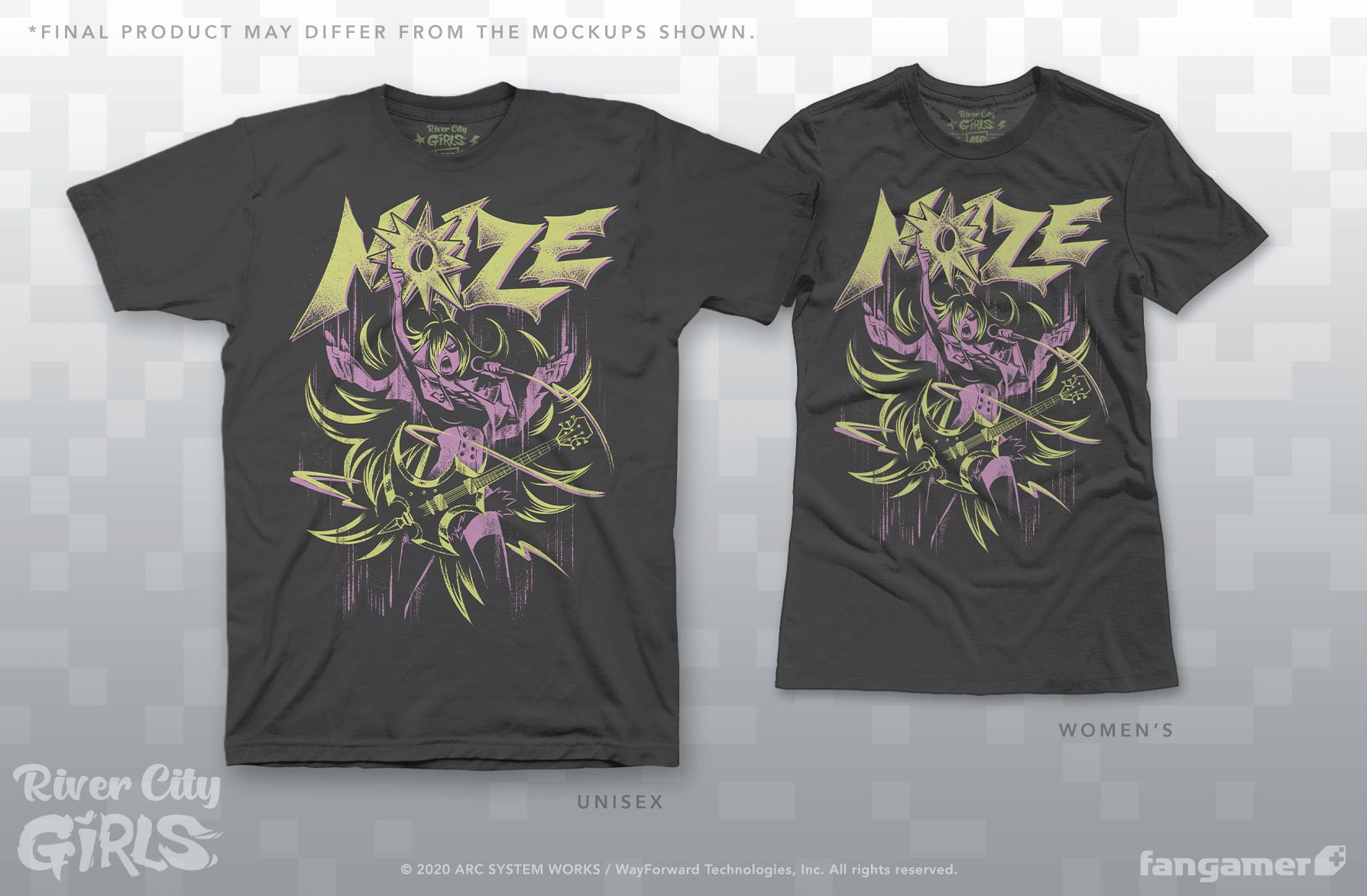 Among the goodies up for sale are the aforementioned plush dolls, designed by talented artist Nina Matsumoto, a slick shirt featuring the incomparable boss character, Noize, pins, stickers, trading cards, and — believe it or not — officially licensed POGs… Remember Kumiko? she’s back! in POG form! There were originally some wildly colorful skate decks also available, but these vanished off the shelves in the blink of an eye, which is starting to become a common trend with Limited Run’s tie-in skateboards. Still, there’s plenty of fun merch up grabs, all of which you can check out right here.

(Note: The Noize shirt and plush dolls will also be made available at Fangamer at a later date.) 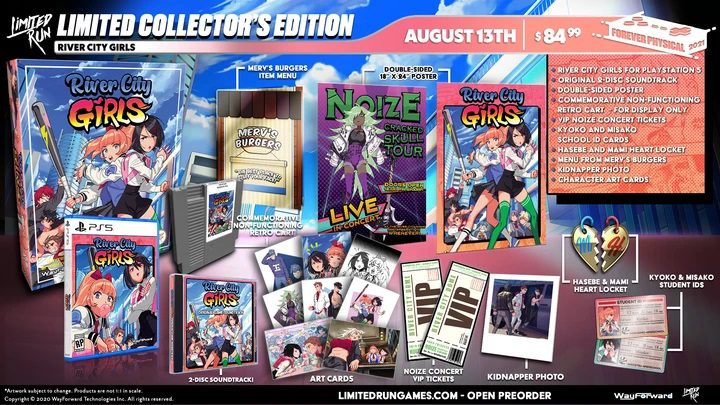 All items are available to pre-order until September 12, when all of the merch will be removed from sale. Additionally, the physical edition of River City Girls for PS5 is still available to order. The standard edition retails for around $35 USD, while the Collector’s Edition — which includes a double-sided poster, a fake NES cart, art cards, a double-disc soundtrack CD, and a variety of other cute items — is available for around $85.