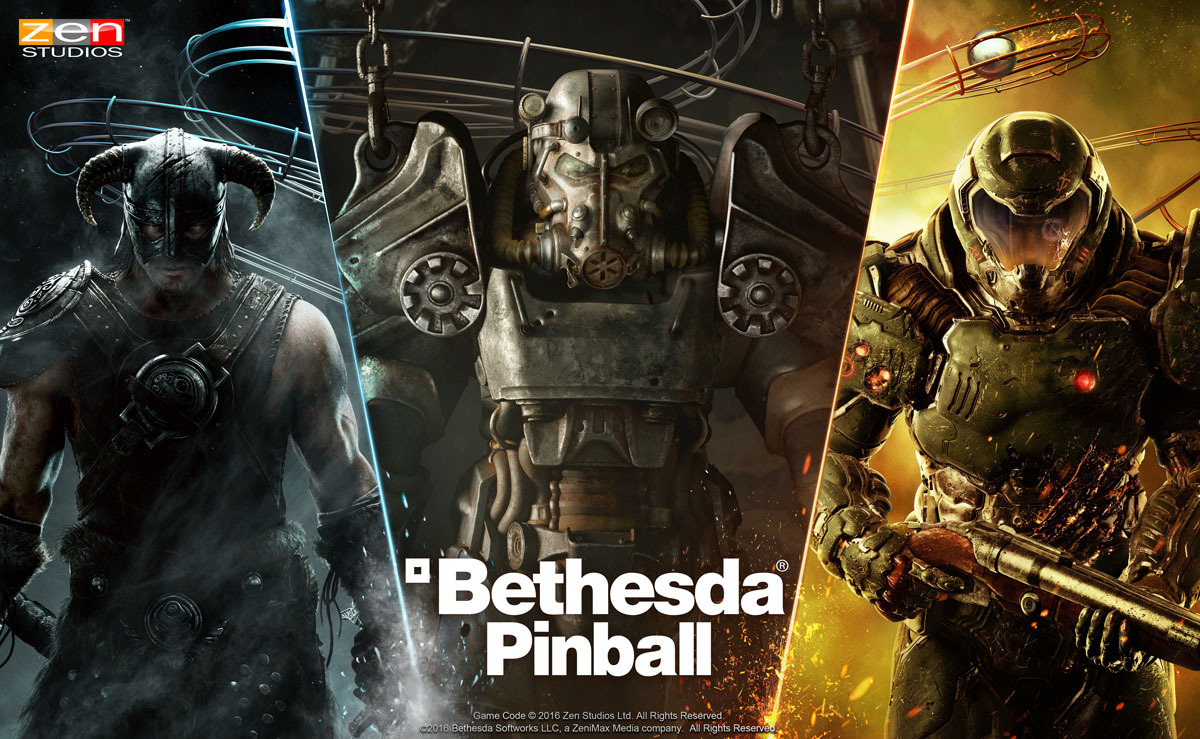 Zen Studios had runaway success with its Zen Pinball series. While the first game wasn’t too widespread, Zen Pinball 2 has been ported to more devices than I can count. It even has a Wii U port, which is basically just for show with most developers. Couple that with Star Wars Pinball and Marvel Pinball and I think Zen Studios has cornered the niche market of virtual pinball machines.

Not letting the train run out of steam, Zen is teaming up with Bethesda to bring us Bethesda Pinball. The game will feature tables based on Doom, Skyrim, and Fallout 4. It will cost $11 and launch on December 6 for (get ready for it) PS4, PS3, PS Vita, Xbox One, Xbox 360, PC, Mac, mobile, and Windows 10. That certainly is a lot of platforms.

For anyone worried about making another purchase, these three tables will be coming to Zen Pinball 2 as DLC. I’m sure a standalone release will also follow for retail, much like Star Wars Pinball.