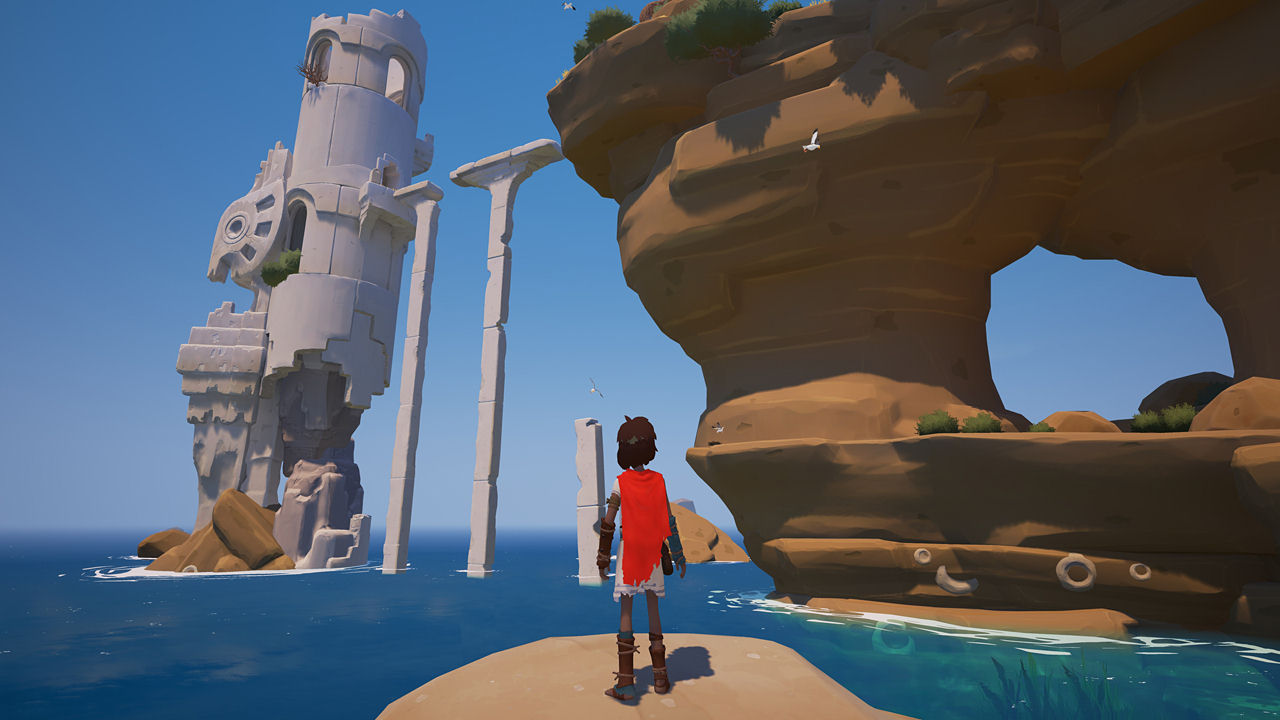 This game was originally released for other platforms back in May of this year. After finally getting my hands on the Nintendo Switch version, almost six months later, I think it’s fairly safe to say that the delay was a good call. Even with the extra time, the port still suffers from a myriad of issues.

Let’s start with the basic stuff: Rime is meant to be played on a large screen. The portability of the Switch offers almost nothing to the experience and simultaneously manages to dull it considerably. Headphones can help with the immersion of any handheld gaming session, but the tiny external speakers on the system dilute the sound to the point that they’re a necessity.

I’m no expert when it comes to resolution, so it really surprised me how noticeable the difference was between portable and docked modes. The game straight up looks cheap on the small screen. It’s pretty decent when displayed on a television, but, even then, it still looks worse than versions available on other platforms.

This is hardly surprising. Comparing it to a full-fledged home console or gaming PC is kind of a moot point. What is surprising, however, is the frequent drops in framerate that I encountered while playing undocked. Honestly, this wouldn’t be that big of an issue if it was uncommon, but I experienced it quite regularly once I got past the first 20 minutes of my playthrough. The game would be running rather smoothly, and then start spazzing out, leaving me genuinely feeling a bit queasy at times. This doesn’t occur nearly as often while docked, but it still happens a lot.

Another issue, while playing portably, is highlighted during segments of extreme darkness throughout the game. Attempting to play under any light source turned these scenes into a smudgy, incomprehensible mess. In a pitch-black room or when tethered to my television, this problem never surfaced. It’s a small thing, but, when coupled with the other downsides to the handheld experience, it becomes rather difficult to recommend playing this way.

Rime is actually a decent game, but the Nintendo Switch is, by far, the worst way to play it. If you have any other platforms that the game released for, assuming that you absolutely must have it, I urge you to buy it there. With this version, you are getting a subpar experience, and it’s just not worth the money.

[These impressions were based on a retail build of the game provided by the publisher.]