I need more time with them though

Dedicating 25 minutes to a single game in an E3 presentation is a sign of confidence. It shows a company is proud of a game, excited even, and it wants to share everything it can with fans, hopefully igniting their excitement as well. For Super Smash Bros. Ultimate, that 25 minutes was spent on the minutia of play, breaking down the small and large changes we can expect from its massive roster. It was spent detailing new characters, reintroducing those we lost over the years, and establishing the concept of Echo Fighters. It was spent on new stages, new Final Smashes, new assist trophies, and new Pokemon.

Mostly, that 25 minutes was spent getting me the most excited I’ve been about a new Smash since Brawl on the Wii. 25 minutes was all Nintendo needed to blow-out E3, and 10 minutes with the game was all I need to know when Nintendo applies the word “Ultimate” to this entry in the franchise, it means it.

I started my session with Ridley, something that turned out to be a bad move. Because I was playing with Pro Controller instead of the GameCube controller I’m used to, I didn’t immediately mesh with this technical fighter. I don’t have all the details of his move set, but he’s surprisingly fast for a lumbering fellow and he can use his wings to kinda-sorta fly. His neutral special attack is a charging projectile that sends out a string of fireballs if charged to its max.

His smash attacks are incredibly powerful. In my bout with the Nintendo PR rep, I was able to finish him off three times with these moves, sending him flying in all directions. A three-minute match isn’t nearly enough time to get a grip on the full gamut of his arsenal, but a more detailed rundown of Ridley can be found here courtesy of the Nintendo Treehouse.

The Splatoon Inkling is more fit for such a short session. They’re fast, quick, and easy to come to grips with if you keep in mind just how Splatoon plays. Inklings are equipped with paint guns, rollers, buckets, and paint bombs; but if they run out of paint, they have to transform into their squid form to refill the tank.

I emerged victorious in this bout as well, besting the Nintendo rep three kills to his two. I was able to pull off the Inkling Final Smash, Killer Wail, to secure myself a victory. Again, a single match is not nearly long enough to become comfortable with a fighter, so if you’d like to know more how the Inkling plays, the Nintendo Treehouse put up a video here.

I only had the chance for one more battle before moving on and I wanted to check on a rumor I’d heard about changes made to Link. Sure enough, Adult Link no longer uses the Hookshot or Clawshot in his grab, something I reckon could have consequences in the competitive scene. He’s just one of the characters to see changes from the Wii U and 3DS outing. 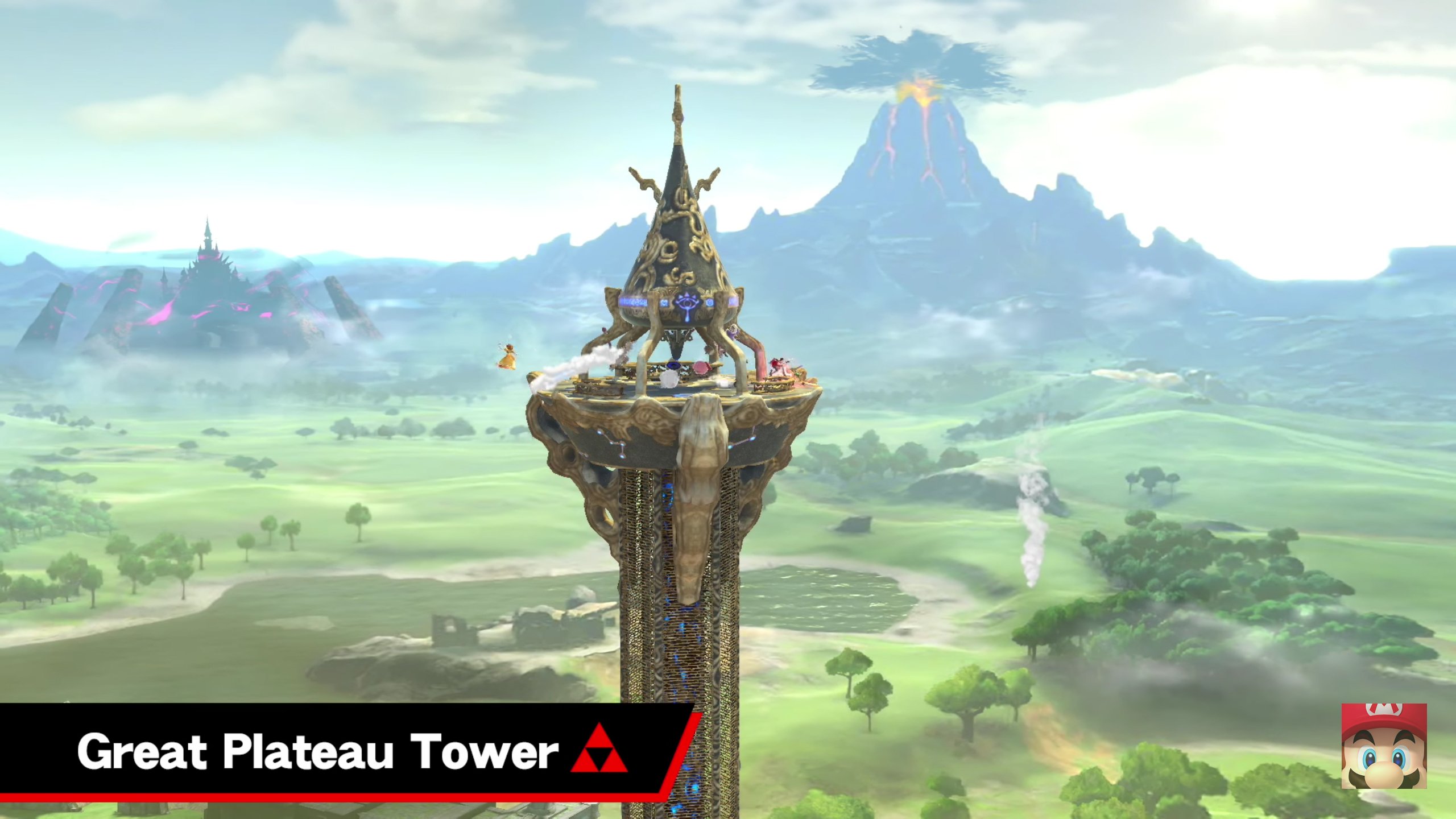 Beyond the characters, I got a spin on the Great Plateau Tower, one of the few new levels confirmed for the game. It’s minuscule with breakable platforms and a magnificent draw distance in the background ripped right out of Breath of the Wild. It feels downright tiny when hosting a bout between monstrous characters like Donkey Kong and Ridley. The Great Plateau Tower doesn’t really stand out like some of the more dynamic stages, but I’ve always been a bigger fan of the small stages compared to the monoliths.

New characters and stages are nice — and expected — but my favorite addition to the series in Ultimate is the little map that appears when a character is knocked off screen. Before, if I couldn’t see my character, I’d just have to guess to where they were off screen as I tried to dodge whatever projectile my opponent was preparing for me. Now I have a better picture of where I am. Not only will this help me as I try to make my way back to the stage, but it will also no doubt be a crucial tool when I am the one trying to keep my opponent from reaching the platform.

At this point, with this development team behind it, it’s really hard to mess up Smash. Sakurai and company know what the game is, what the fans want, and how to appeal to both competitive and casual players. There is nothing I’ve seen with Super Smash Bros. Ultimate that should worry fans. It really is living up to its name, and I can see the new characters introduced so far finding their way to the professional stage. There is much we have left to learn about it — like if costumes will be returning for the Mii fighters — but right now, I can honestly say I haven’t been this excited for a Smash since I first found out I’d be able to play as Solid Snake.