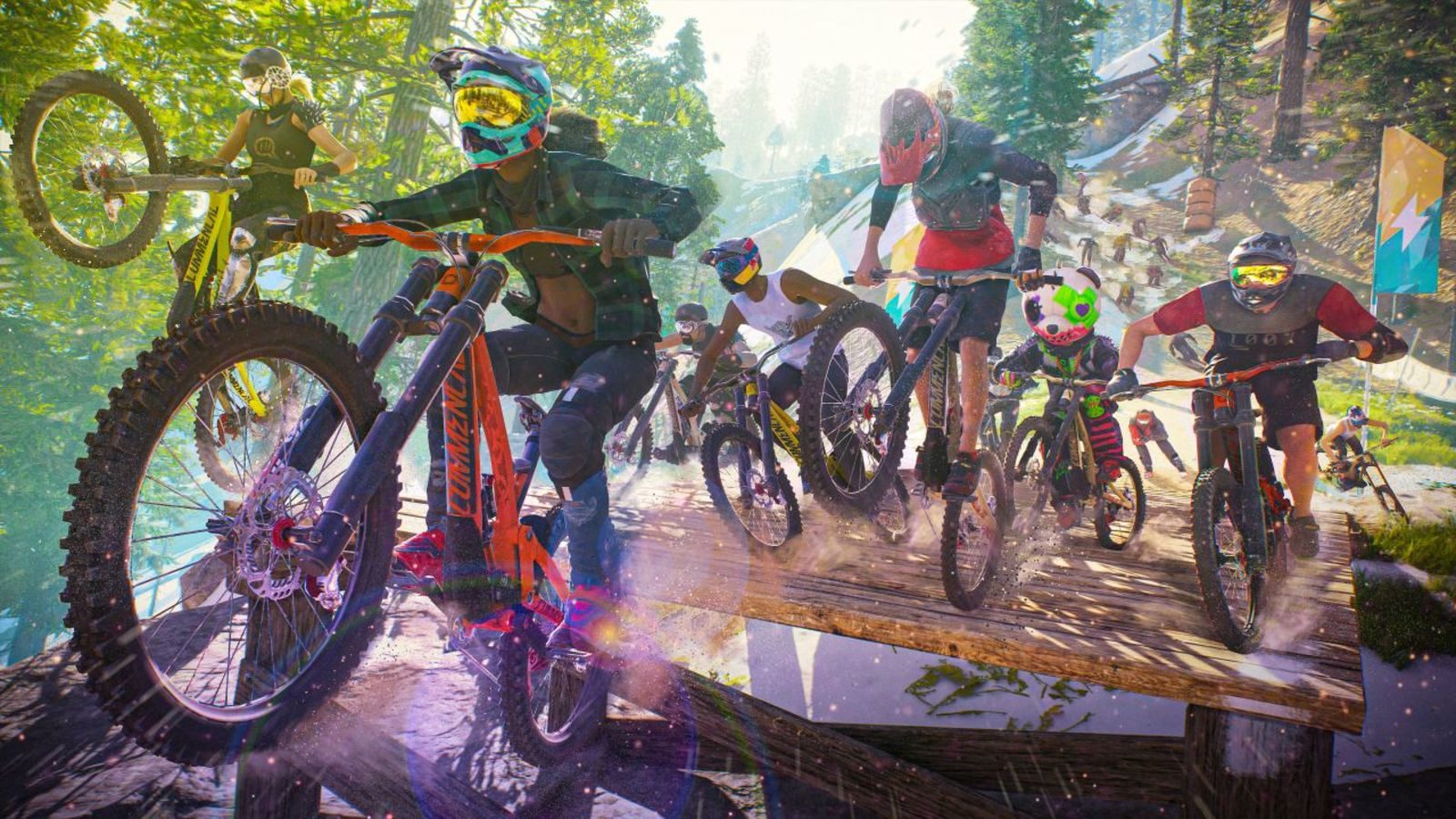 If you’re feeling the need for speed, then you might be in luck, as Ubisoft’s radical new racer Riders Republic is getting an open trial from tomorrow, October 21, until Thursday, October 27. During this one-week window, interested parties can log in and experience four hours of the rough ‘n’ tumble racing title, ahead of its official launch on October 28.

The trial will be live on PlayStation, PC, and Xbox platforms, featuring all five of Rider’s Republic‘s “careers”, including skiing, snowboarding, downhill biking, and sky-firing wingsuit challenges. Both single-player and online multiplayer options will be made available during the trial, including the 6v6 Trick Battle, and the cool-looking Mass Race — which sees a battalion of 50 players all taking part in the same high-speed showdown. Sounds like a massacre, frankly.

Riders Republic can be considered a pseudo-follow-up to the Ubisoft series Steep, and hopes to capture the same free spirit of competitiveness and thrill-seeking that featured in the now-defunct extreme sports franchise. Riders Republic will feature a huge open world, combining a selection of real-world locations to make a singular map of mayhem. It looks to be a fun way to kill some time, (though hopefully not yourself), and the 50-player competitive modes sound like a riot.