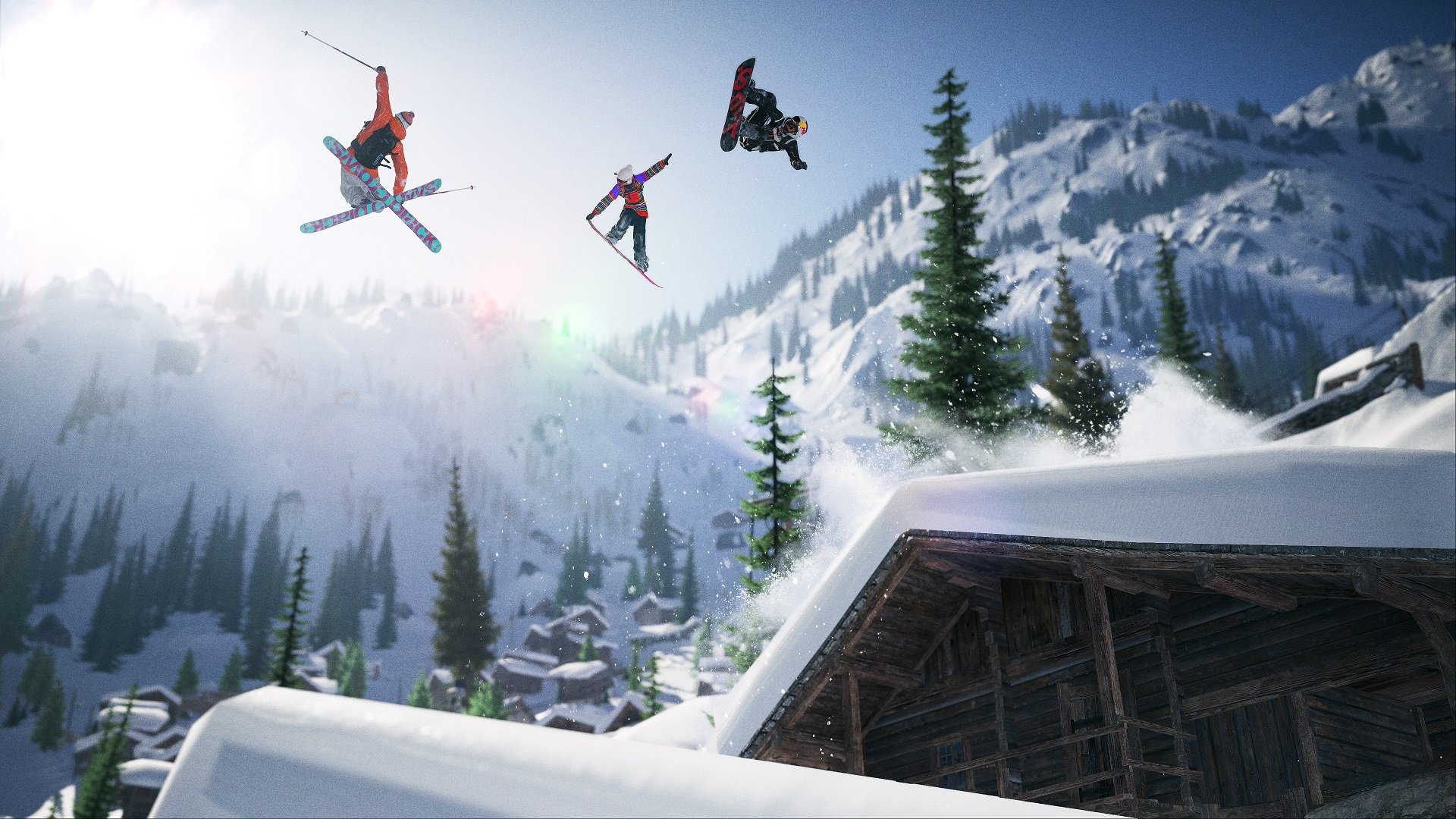 That’s not to say Steep is bad; it’s just strange. It’s strange in how almost all of its pillars defy expectations in a weird way. This isn’t the game you probably think it is, and that’s because it’s tough to pin down exactly what Steep is. 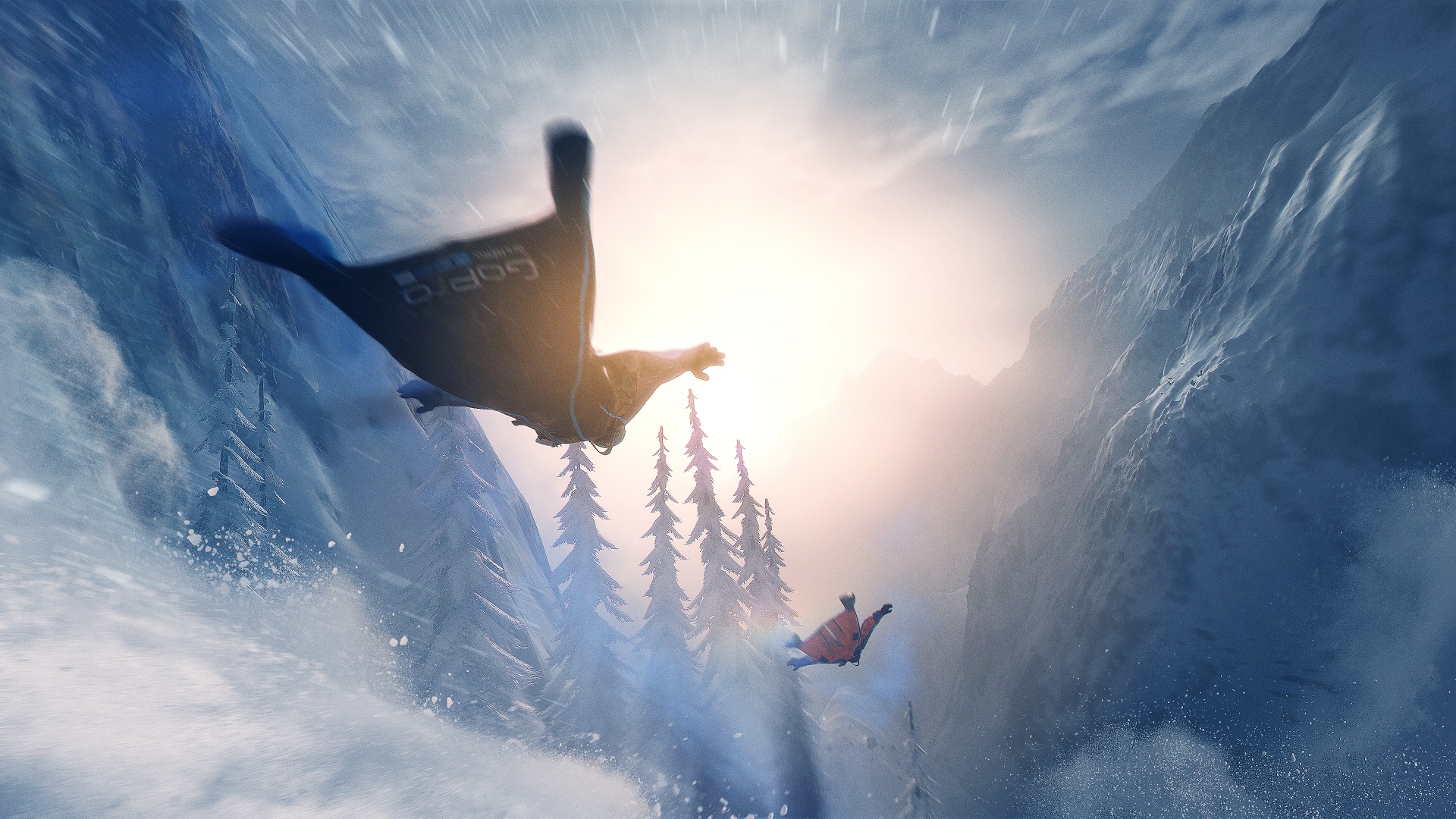 Ubisoft seems to know this too. Steep‘s sales pitch is a “play anyway you’d like, variety is king” mindset. To that end, traversing the seven regions of the Alps is made possible by four different sports: Snowboarding, skiing, wingsuiting, and paragliding. And, people can define their style by any of six different techniques: Explorer, Extreme Rider, Freerider, Freestyler, Pro Rider, and Bone Collector.

In theory, it’s a neat way to offer options without funneling players in a certain direction. That’s what a sandbox truly is. In practice, however, it’s a farce. The six techniques aren’t so much specializations as they are accrued expertise in separate categories. Anyone who puts a lot of time into Steep won’t find themselves mastering one while neglecting the others; instead they’ll be steadily proficient in all areas, working toward all of them simultaneously because of the nature of the game.

That nature is that Steep is a series of isolated challenges to master — no matter how many times Ubisoft says it’s about exploring the mountains and finding your own lines to perform tricks on. These assign a sport and a goal (almost always a time trial or a score attack). Once the challenge has been bested, it’s time to move on and find another one. That is repeated something like 100 times. That is the core of the Steep experience.

The challenges can be brutally difficult at times, mostly due to two of Steep‘s most jarring disconnects: The physics and the trick system. Steep bafflingly mixes a realistic and believable aesthetic with a cartoonish physics engine. It’s less apparent when paragliding or wingsuiting. However, when snowboarding or skiing, it often feels impossible to know what the game will let you do. It ends up a guessing game with the only silver lining being that a retry is just a quick button press away.

Complicating matters is the unintuitive trick system. Jumps have to be performed sooner than you’d think, resulting in a lot of wasted opportunities for big air. When you do nail a jump, it’s unpredictable as to whether you’ll do any spins or grabs. You know how in Tony Hawk, you know how to pull off a Rocket Air or a Benihana at any time? Steep isn’t like that. Success is measured by whether your rider does anything, even if it’s not exactly what you want. Landing is similarly frustrating, as there’s no proven way to ensure you stick a trick. Stopping the trick early and taking your hands off the controller seems like the best method; the game automatically sorts out the rest.

The wingsuit and paraglider prove to be more reliably competent than their counterparts. Steep‘s most aggressive thrills can be had in the wingsuit, as it can be an absolute joy to hurtle toward the ground, level out at the last second, and weave between rocks and trees. Paragliding is the tonal opposite as it’s a plodding affair, best for covering lots of ground in an efficient (if not kind of boring) fashion. It feels necessary, though — an adrenaline-less choice as a counterbalance to the three others. 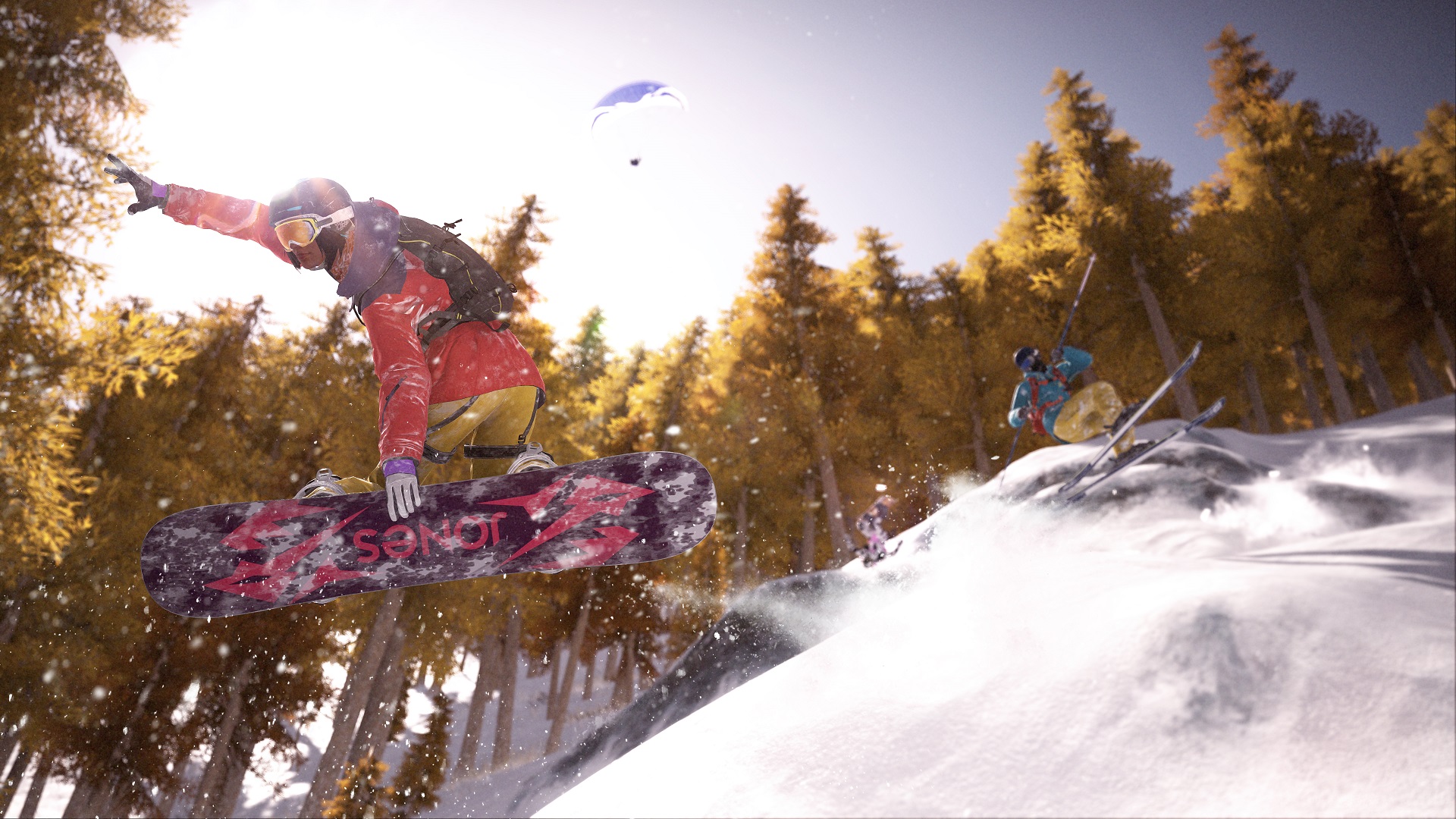 It is, however, those adrenaline-filled moments that are the best Steep has to give. When it can display a real sense of speed and danger, Steep can be engrossing. It’s in these times that it feels infinitely replayable, like this reckless catharsis will never grow old. It’s these challenges that you don’t mind trying again and again because skidding down a cliff face of snowless rocks never ceases to entertain. And, these moments are fantastic reminders of how navigating a half-pipe where it’s a struggle to maintain any speed is such a goddamn waste in this game.

Because there’s no narrative to speak of (most won’t consider brands like Red Bull realizing you’re good and inviting you to compete in their events to be “a narrative”), the gameplay loop of Steep is: Find a challenge, best a challenge, explore for more challenges. But, the exploration component is rendered mostly moot by a liberal fast-travel system. It’s quick to warp almost anywhere on the map, which will probably be only a stone’s throw from the destination. Or, for cases of extreme laziness, a helicopter will take you precisely where you want to go (but there are a limited number of helicopter tickets until level 25).

What Steep wants the player to do and what Steep allows the player to do are almost always completely different things. The emphasis on freedom is undermined by the game being a series of challenges. The allure of exploration is undone by the ability to teleport anywhere. The loose and wacky physics system belies the real-world setting. These are all disconnects that Steep can’t reconcile, and it’s a stranger and more off-putting experience because of it.

These also aren’t things I found myself thinking about when I was hellbent on earning a gold medal in yet another event. In those moments, Steep is a simple yet functional form of escapism. It’s afterward, when unsure where to go and what to do next, that it hits you: Steep really isn’t what it aims to be.