Get a real job this Famicom Friday

For Famicom Friday, I cover a lot of obscure titles because I find it more fulfilling than regurgitating games that people have more likely heard of, but the downside is that the cream usually rises to the top. Often, you haven’t heard of something because it’s not worth hearing of. Not always.

Take Kemco’s Electrician, for example. It’s an obscure Famicom Disk System game from 1986 that I hadn’t heard of until a shopkeep convinced me to buy it one day. I’m glad I took the advice, because Electrician is some of the most fun I’ve had on my Famicom Disk System since the day I changed the belt and recalibrated it. Except, you’re probably going to make fun of me for liking it so much. 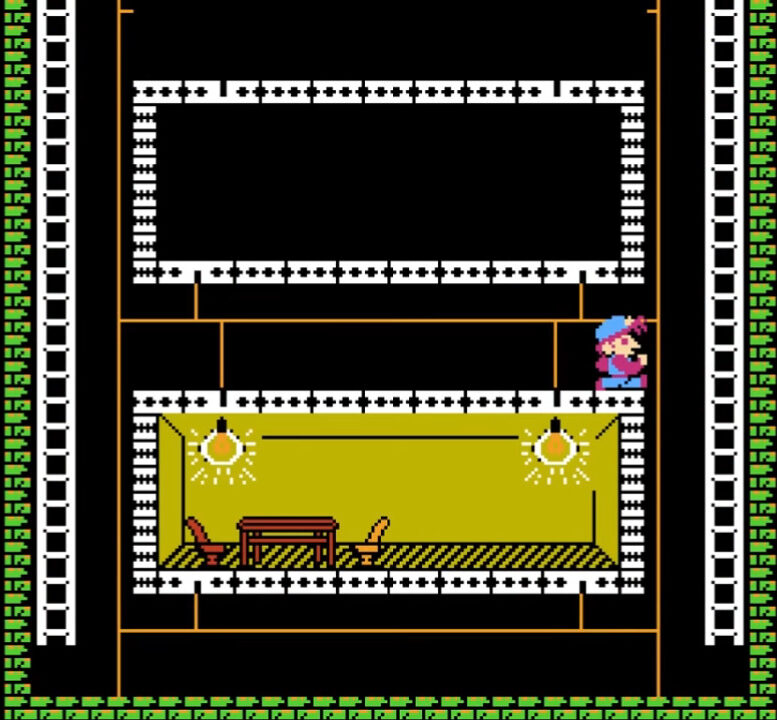 Developed by David Bunch, Electrician began its life on Atari 8-bit computers in 1984. I’m not exactly sure why Kemco decided to pick this already overlooked American computer game to port to Famicom for Japanese audiences, but they did in 1986. They brushed it up, added a more finite gameplay loop, injected some cuteness into the graphics, and made a few other tweaks.

The game stars Richard Light as he attempts to restore power to the entirety of the United States after it was knocked out by an earthquake. To do this, he must reconnect wires to each room across various towers.

Mmm. There’s something so satisfying about the connection mechanic. You actually run the wires and plug them into little ports in each of the rooms. Don’t judge me, sometimes working in a game can be fun. 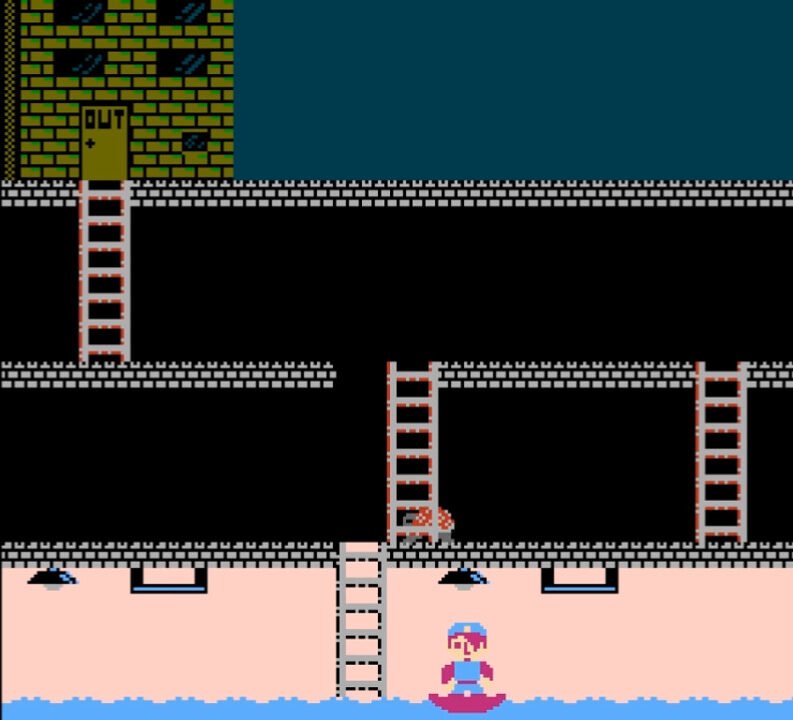 The game is split into two portions. The first is what I already went over — plug in all the rooms — the other is navigating a dark sewer because… I guess electricians travel by sewer? There are enemies, of course, that you must avoid but will electrocute themself against live wires. They mostly just exist to get in the way and frustrate your attempts at re-energizing the world. More likely, you’re going to just die because you missed a jump in the tower stages because the controls aren’t super great.

In the sewer stages, you use your flashlight to try and find the best way to get to the right side of the screen. Turtles attempt to get in your way because this was 1986 and we had just recently discovered that turtles live in the sewers and eat pizza. You’ve only got a flashlight to navigate the dark corridors, so the challenge is mostly in finding your way past walls that you can’t see until you’re right beside them. There’s also moles (I think?) and caterpillars. Sometimes you have to go over water in a boat.

Which isn’t as cool as connecting wires to rooms. You may be asking if that’s it and, yeah, basically. Rewire rooms, cross sewers, repeat for several levels until all of the U.S. is patched up. It’s arcade style gameplay, but you can save and the game ends after you complete enough levels. Then you kiss the Statue of Liberty and try again for the high score. There are lots of little tricks and secrets that can boost your score, but if you’re not the type to chase numbers, it’s not likely going to sway you. 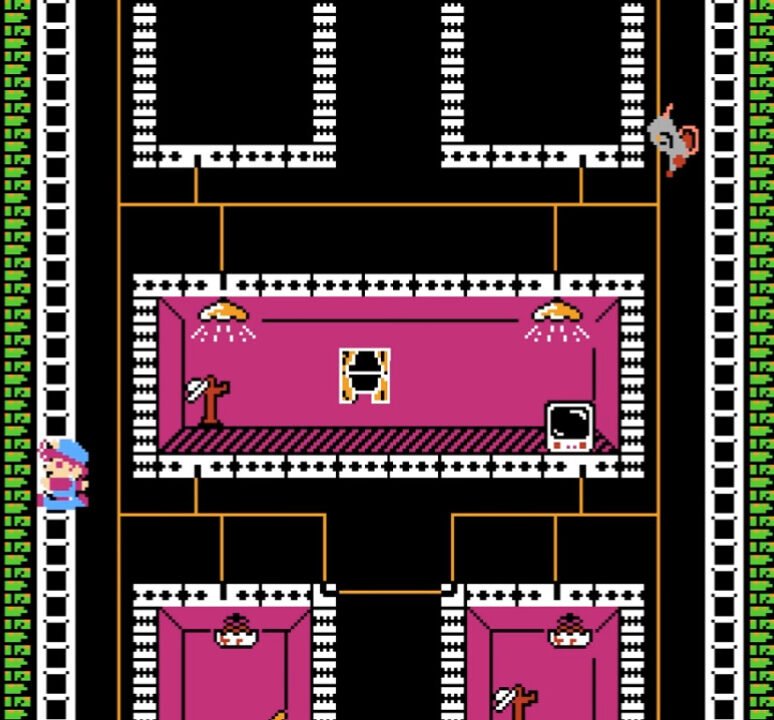 I don’t know what to tell you, I just love Electrician. It doesn’t have the challenge of something like Donkey Kong, but I find the task of wiring in rooms to be extremely satisfying. It’s simple, instant gratification. It’s calming busy-work. The game isn’t that difficult aside from the sometimes wonky jumping controls, but that just adds to the mindless pleasure.

Electrician is pretty easy to figure out for any monolingual English speakers. However, what is still in Japanese can be deobfuscated using a fan translation. It’s kind of strange that we never got an NES version of this, as the save system isn’t that necessary, and it was a Western game to begin with. I’m just kind of mad that we got the NES version of Superman from Kemco, but not this.

As far as I’ve found, Electrician was never re-released. It’s doubtful we’ll ever see it again, because the original publisher, Synapse, became Broderbund and then became just a wisp of a company. They still release old titles, but I doubt they’d be interested in getting back in bed with Kemco to re-release a game that no one has really heard of.