When I was growing up, I had a strong desire to be a professional photographer. Not only were photographers sleek and stylish in all the movies and television shows, but the idea of traveling to exotic locales to take breathtaking pictures greatly appealed to a kid who wanted to get the hell out of his small town. Unfortunately, I had a lot of interests I never followed through with back then. The bass guitar, the keyboard, karate, basketball, my comedic attempts at animation; all of which cost money my parents eventually got tired of spending. So even though I really wanted a Nikon F-301 or Fujifilm GS645S, the best they did for me was one of those point-and-clicks you find behind the counter at CVS.

Despite that, the desire to explore photography never died in me, and over the past few years, the gaming industry has really tickled this fancy with all the outstanding in-game photography tools they keep developing. There is a veritable smorgasbord of options for stunning photography out there in games, but as TOEM taught me, you don’t always need all those gadgets and gizmos to take a great picture. Sometimes all you need is a great zoom and capable autofocus. 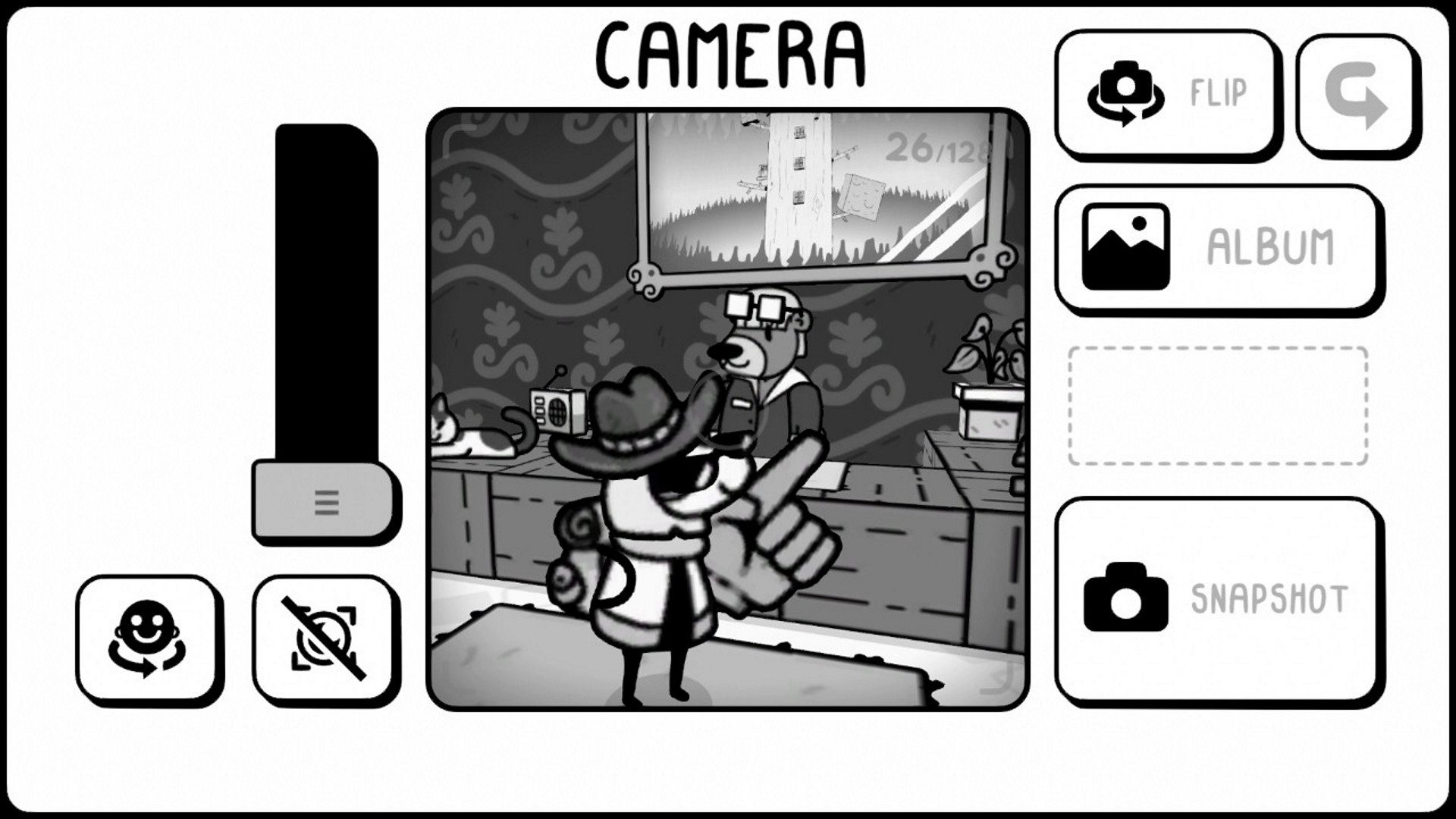 I hate to keep referencing this title in my reviews of wholesome games, but if you’ve played A Short Hike, you’ll probably experience an air of familiarity throughout TOEM. The game focuses on the journey of a young whatchamacallit as they venture through a series of locations doing good deeds for an expansive cast of curious characters, culminating in a spectacular visual to cap off their trip. I don’t know if A Short Hike played a role in inspiring TOEM, but the similarities are there.

However, it’s the differences that set TOEM apart not only from that game but from the many other titles that collectively make up the wholesome genre. The focus of this game is photography. At the start, your character is given a camera with zoom by their grandmother and are sent off to photograph the titular TOEM. To get there, they’ll need to take a few bus rides, and the only way they’re able to afford the fare is to complete some tasks in a handful of adorable locations.

Most of these tasks are quite simple, usually involving photographing a specific object or retrieving some sort of item you need to fetch. A majority of the NPCs you come across will tell you exactly what they want, but others will be a bit more vague. Right away, one character asked me to take pictures of tiny soldiers and I spent a good ten minutes looking for toy soldiers before I realized that wasn’t the type of soldier they were talking about.

What I love about some of these tasks is how the developer occasionally takes an “every part of the horse” approach to completing them. Without explicitly giving anything away, you’re going to have to figure out every available option you have in TOEM to check off all 60+ tasks. Not only does this add some spice to the more common fetch quest and photo tasks you’ll complete, but it’s a great way to showcase everything players can do in the game.

And I think that’s important because this isn’t a long or complicated title. I think most people will be able to finish it in about four or five hours, depending on if they’re going for that platinum trophy or not. With six locations to explore, you’ll breeze through most of the game at a comfortable pace, never really getting bogged down in one area or the other. That relaxed pacing is part of why I enjoyed TOEM as much as I did.

Of course, I also enjoyed it so because the photography here is quite delightful and there are some wonderful sights to see in this world. The camera controls are really easy to understand and I had a laugh getting reaction shots when I used the horn attachment to startle people. The art direction of TOEM reminds me greatly of a monochromatic ToeJam & Earl: Back in the Groove, and its whimsical nature buoys the lighthearted presentation of the rest of the game, including the amusing writing and pleasantly airy soundtrack.

What sets TOEM apart from the many other wholesome games that plateau at mediocrity is its excellent execution of the concepts it puts forth. There is no design here that is questionable, no idea that feels unfinished. This is simply a well-crafted jaunt through a charming world. And it’s one that beckons me to return long after I’ve done everything I can possibly do in the game just to see what other amusing pictures I can take.