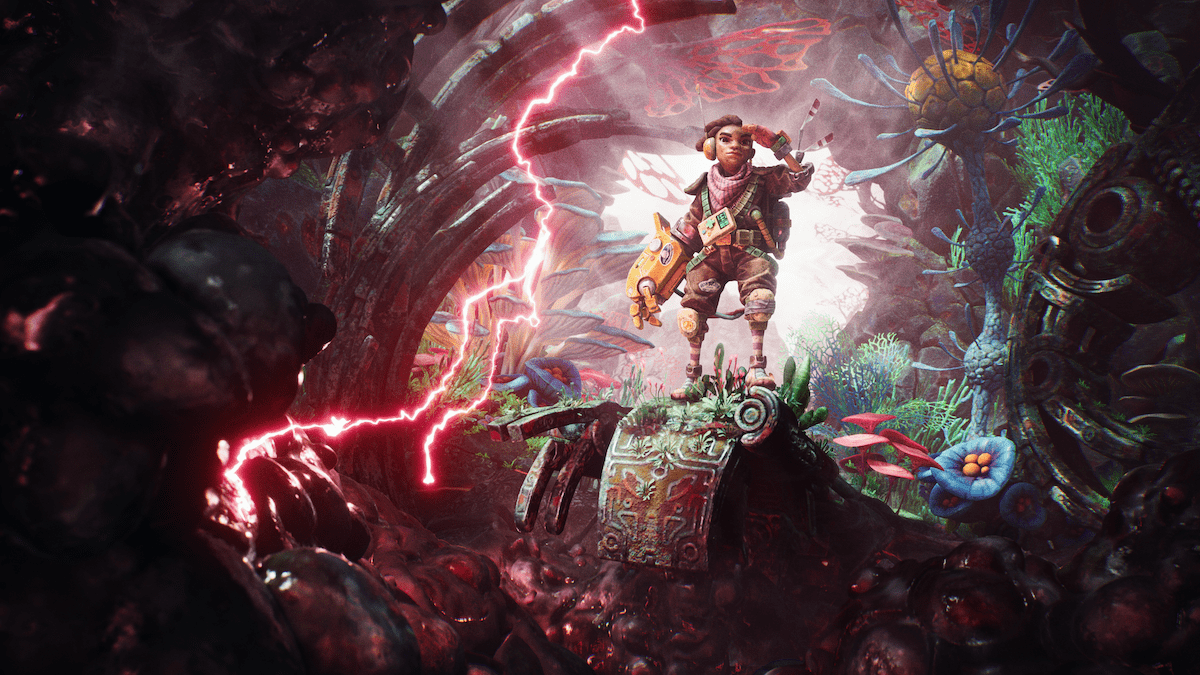 The Industry’s Chris Moyse and I often have conversations about reviewing games and routinely agree on the idea that the most difficult games to review are those middle-of-the-road, milquetoast titles. With games that you love or hate, it’s easy to find the words that articulate your feelings toward them. But when the experience is rather blah, the type of game that begins to evaporate from your memory the moment you put down the controller, that’s when this job is at its most frustrating. Because there are only so many eloquent ways you can say “eh, ’s’alright.”

That’s where I am with The Gunk. 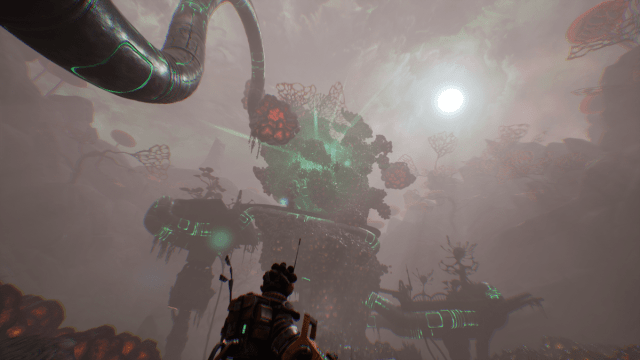 The Gunk takes place in the deep reaches of space on a desolate rock not yet populated and exploited by humans. Two scrappers, Rani and Becks, are drawn to the planet by the faintest of energy readings. Struggling to pay the loan they own on their ship, the two gamble their future and what little fuel they have left following that reading, hoping to score a huge payday and a chance to climb out of poverty.

Rani and Becks have a somewhat fractious relationship. As you take control of Rani and her trusty bionic vacuum arm she affectionately calls “Pumpkin”, you’ll listen in on the conversations the two have, learn a bit about their history, and see the seams that are slowly splitting between them. These two are not exactly in a good place, and the presence of the titular Gunk isn’t really helping things.

Neither is quite sure what the Gunk is or how it ended up on this planet, but they quickly learn it’s strangling the life out of this rock. As Rani cleans up the Gunk with a suction ability, not unlike Luigi’s Poltergust 3000, the alien fauna of this planet springs to life and uncovers paths that will lead Rani to learn the truth of just what happened here.

Sucking up Gunk and listening to Rani and Becks bicker is how you’re going to spend a majority of your time with The Gunk. The developers at Image & Form have managed to craft an entire adventure around the concept of cleaning up this hazardous waste, and to its credit, there is something indescribably gratifying about vacuuming up junk in video games. Cleaning up every little area on this planet to unlock the path to the next never really gets old, and the experience manages to feel rewarding throughout the few hours of this adventure with the way washed-out, pastel flora springs to life around you once the Gunk is gone.

Clearing out this slime isn’t all that troublesome initially, but the game does try to challenge you by introducing new forms of Gunk that don’t take too kindly to your spick-and-span ways. Rani can vacuum up her foes with Pumpkin, but she can also suck up objects that she can then throw at her enemies, or at switches within the game’s many puzzles.

It’s clear, from the great art direction to the well-developed characters, that developer Image & Form was shooting for the stars with its first 3D game. Unfortunately, The Gunk is never really able to escape the gravitational pull of “good enough.” The gameplay, the setting, and the story are all perfectly sound, but I never got the sense during this short adventure that the developers were trying to take these elements and push them in new and interesting directions. 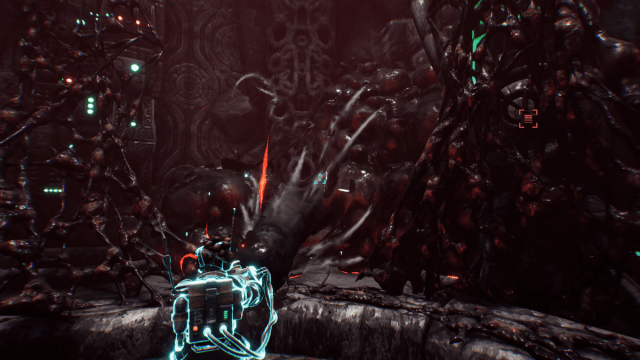 There’s really nothing you’re going to be doing in hour five that you didn’t already do in hour one. It’s fine that the developers wanted to craft a game around this central gimmick of vacuuming up Gunk, but it’s never explored beyond its most basic implementation. The addition of enemies and a boss battle to the formula does not improve things. If anything, their inclusion feels out of place to the rest of the experience. Hell, the Gunk doesn’t even really pose a threat, as I was able to walk through most of it without suffering any sort of negative repercussions.

I would be willing to overlook that if the rest of my journey provided me with some memorable moments, but on the whole, it’s pretty one-note. The puzzle solutions remain the same more-or-less throughout Rani’s quest, and the narrative features a bit too many familiar story beats and concepts to be considered original. One of Rani’s abilities lets her learn more about the world around her with a scanner, but this is woefully underutilized. And that’s a shame because I think this planet has a far more detailed history to it than the scant bits of info we’re allowed to learn.

There is nothing fundamentally wrong with The Gunk. It works from a technical standpoint and it isn’t the worst way you can spend about five hours of your time. But I just can’t muster up any sort of authentic excitement about it. If it were funnier or cleverer or more challenging, I could maybe start to see it as a title I could recommend. But as it is, the best I can do is pay it that slightly backhanded compliment of saying it’s perfect for Game Pass.