The Sniper Elite series has been around for quite some time, entertaining fans since 2005 on pretty much every platform known to man. But alongside of the core historical-centric games there has been a lesser known sub-franchise known as Nazi Zombie Army, complete with a demonic Hitler and the same sniper-heavy gameplay of the core franchise.

Rebellion Developments has repackaged the two existing games in a brand new bundle called Zombie Army Trilogy, which also includes a previously unreleased third entry. Confused yet? Don’t be, because in essence, they’re a collection of horde-mode like encounters with mixed results. 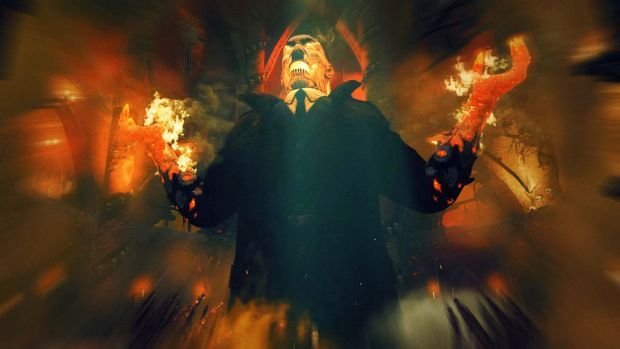 What you’re getting for $50 is three games, which take place over 15 levels called “chapters.” They’re roughly 20-30 minutes each, and are kind of designed like the maps from Left 4 Dead, but with less of a point “A to B” feel to them. The gist is that in 1945, Hitler has unleashed the depths of hell as a last-ditch effort to win World War II, and…that’s basically it. Except now in addition to the previously all-male cast, you’re getting four new female combatants. None of the characters have any real personality, but it’s a nice little extra.

Since this is based on Sniper Elite after all, your primary weapons are long-range rifles, with the secondary slots going to weaponry like SMGs and shotguns, in addition to a last-ditch pistol. You’ll also have a few incendiary devices at your disposal like mines, grenades, and trip wires, as well as the power to kick, which functions as your only melee attack. Trip wires are my favorite part of the arsenal, as it’s incredibly fun to set traps and watch zombies spring them.

The first thing you’ll notice after a few rounds though is that the animations feel slightly off. The kick in particular is ridiculous looking, especially if you keep stomping on enemy after enemy. Depending on your view this might either be Army of Darkness-level camp or a flaw of the outdated engine — I’m mostly somewhere in the latter group.

Having said that, the gunplay is fun, taking place mostly from a third-person perspective, with the option to zoom with rifles. The zombies themselves are well crafted, as they’re both sufficiently cool looking and have an interesting set of movements. Other denizens like skeletons help spice things up — it helps that they look like they were taken straight out of a Harryhausen film.

Checkpoints flow through each stage, allowing you to recover and play again if you happen to fail on the last section of a lengthy level, and you’ll find the occasional safe room just like Left 4 Dead, allowing you to stock up and continue your journey. The pacing is spot-on, as Zombie Army Trilogy doesn’t have a whole lot of down time. You’ll also have interesting objectives to pursue, like finding the location of an ancient artifact to summon a powerful foe, or turning off a factory that creates an army of armored zombies, or defeating elite or boss enemies.

If you get really cocky you can tackle the higher difficulty levels, like “Sniper Elite,” which allows for wind contingencies, bullet drop physics, a heart rate to control, and an impact on your stance. It’s cool in theory, but all of these don’t feel all that important when you’re tangoing with the wonky engine half the time, or battling lag in online play, which I experienced on occasion. 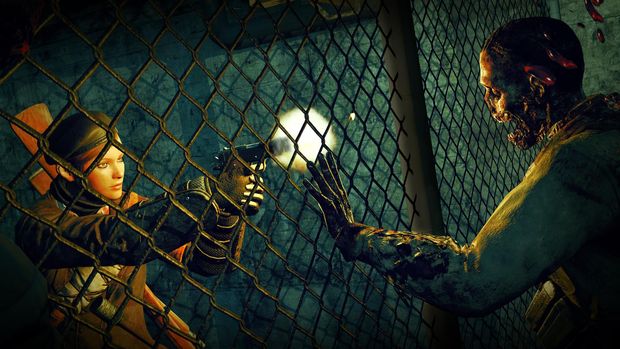 Solo play is fun when you’re going through each chapter and encountering new scenarios at a decent rate, but once you’re done, replay value plummets. You’re going to want to play online with three other people, especially if you have the skills to tackle the four difficulty settings which cleverly can scale to up to four players, even if you are going solo.

Horde mode is another way to keep the party going, but the “endless” style of play can get tiresome given that there are hundreds of horde-style games out at this point, and Zombie Army Elite doesn’t stand out above them. It’s basically something to play after you’ve exhausted all of the campaign, but if I ever have the itch to play online, it probably won’t be with Horde mode.

If you can get past the cheap-feeling engine and have three buddies on hand, you’ll have a lot of fun with Zombie Army Elite. It’s a blast to overcome particularly tough sections with a team, and hitting an on-point shot from 50 feet away can provide quite the rush. While the package has a lot of problems that prevent it from justifying that $50 price tag, I enjoyed my time playing the entire campaign online.