The premise of You Must Build A Boat is simple, but unexplained. In order to travel up a river, you must build a boat. The why is, seemingly, irrelevant. 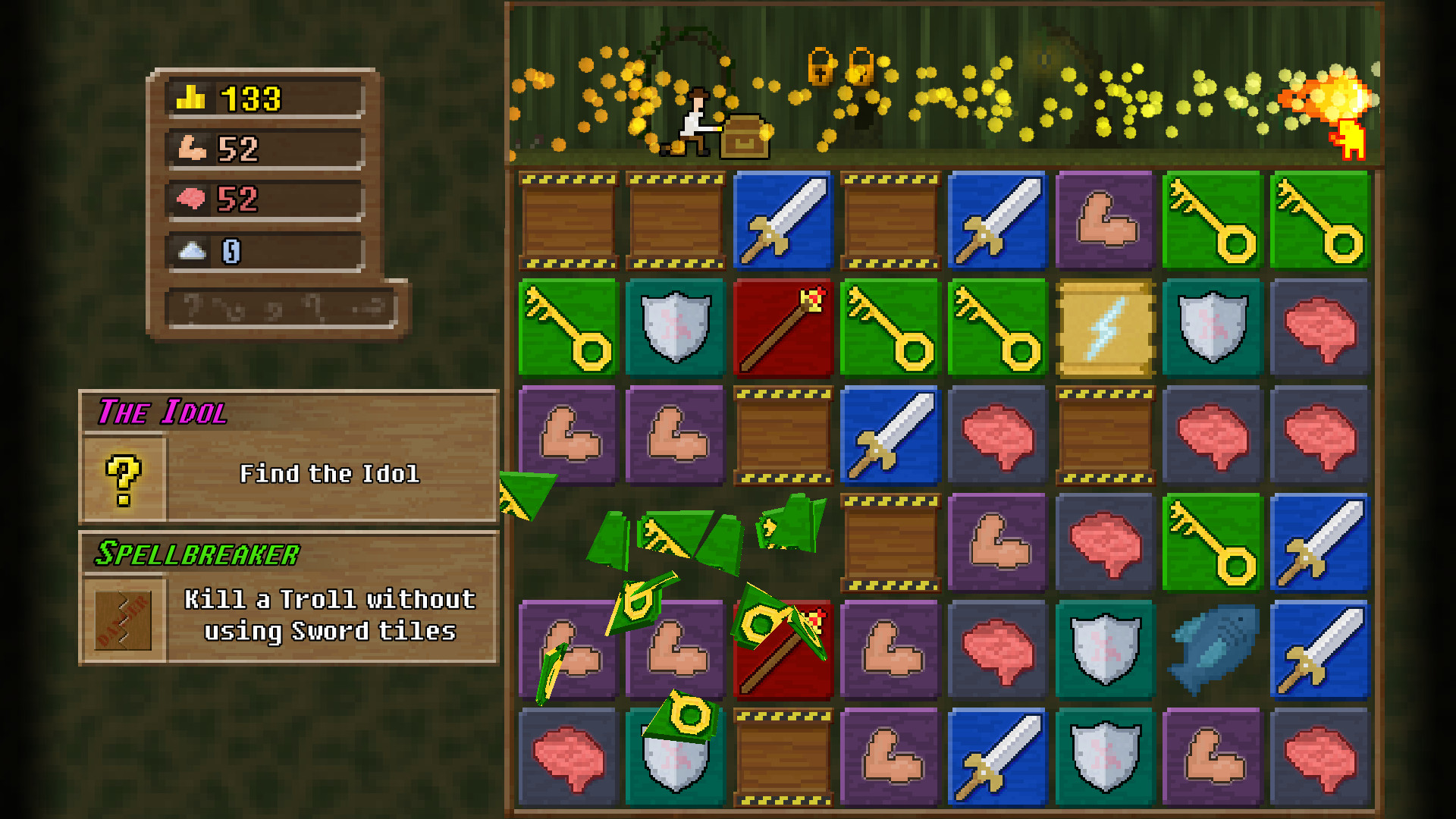 You must build a boat, and that’s all there is to it. Building a boat means assembling a crew. Assembling a crew means exploring dungeons located at points along the river, which is what you’ll spend pretty much all your time in the game doing.

When attempting dungeon exploration, the player is presented with a view of their character running left to right through a tunnel. On the run, they’ll be stopped by obstacles. Being stopped doesn’t prevent the background from moving, and the character is dragged back to the left as long as they aren’t running. Enemy obstacles push the player back faster by attacking. If they fall off the left edge of the screen, the run is over. 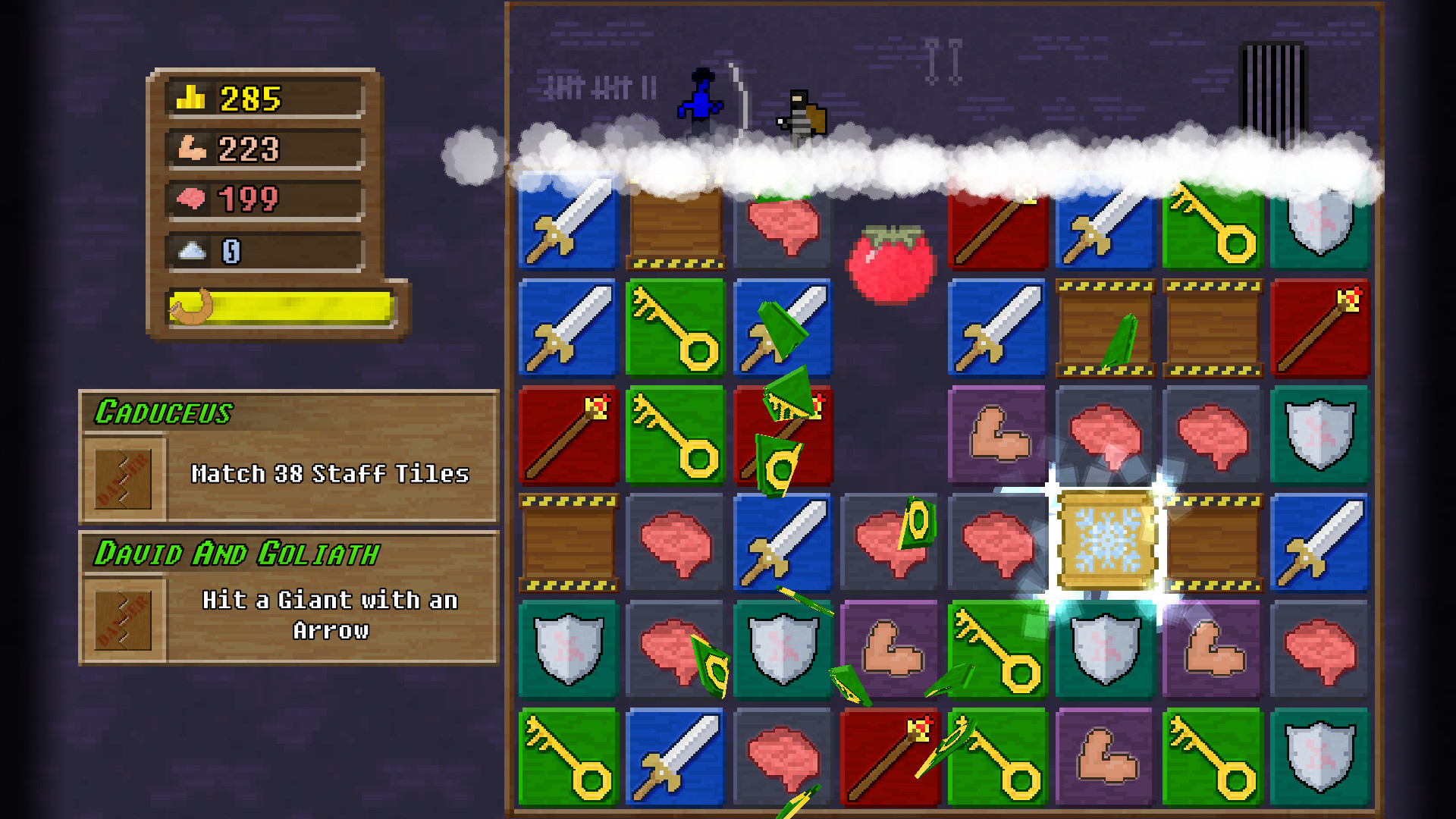 Rather than engaging directly to surmount obstacles, the action is represented through puzzle gameplay. On the most basic level, the play will be instantly familiar to anyone who has experienced a “Match-3” game before. The player moves tiles to create matching lines of three or more. Upon making a match, the connected tiles disappear, tiles above fall into the newly created space, and new tiles drop in to replace those lost.

Each of the seven basic types of tiles produces a different effect when cleared. Some are directly used to pass obstacles and progress further, and their effects are wasted when cleared with nothing to use them on. Some have a chance to add special tiles to the grid, which provide one-time use effects when clicked. Others provide no immediate benefit but serve as resources back on the boat, not to mention occupying valuable real estate within the puzzle better served by more urgently needed tiles. Clearing groups of more than three tiles at a time multiplies the effectiveness of the tiles.

In YMBAB, tiles are moved as entire rows and columns, wrapping around the edges of the grid. This particular method of movement is a bit more interesting than, say, simply switching the positions of two neighboring tiles. It could have an impact on strategy by allowing a tile at the bottom of the grid to move to the top and drop down to pair more easily with others, or anticipating groupings on opposing sides.

That is assuming that you had time to actually think about the actions being taken, which is almost never the case. The near-constant pressure of needing to find a relevant match to clear an obstacle just doesn’t allow for it. It does, however, offer a lot of opportunities to create matches once the player gets accustomed to visualizing the whole board and eliminates the risk of a situation where no combinations can be made. 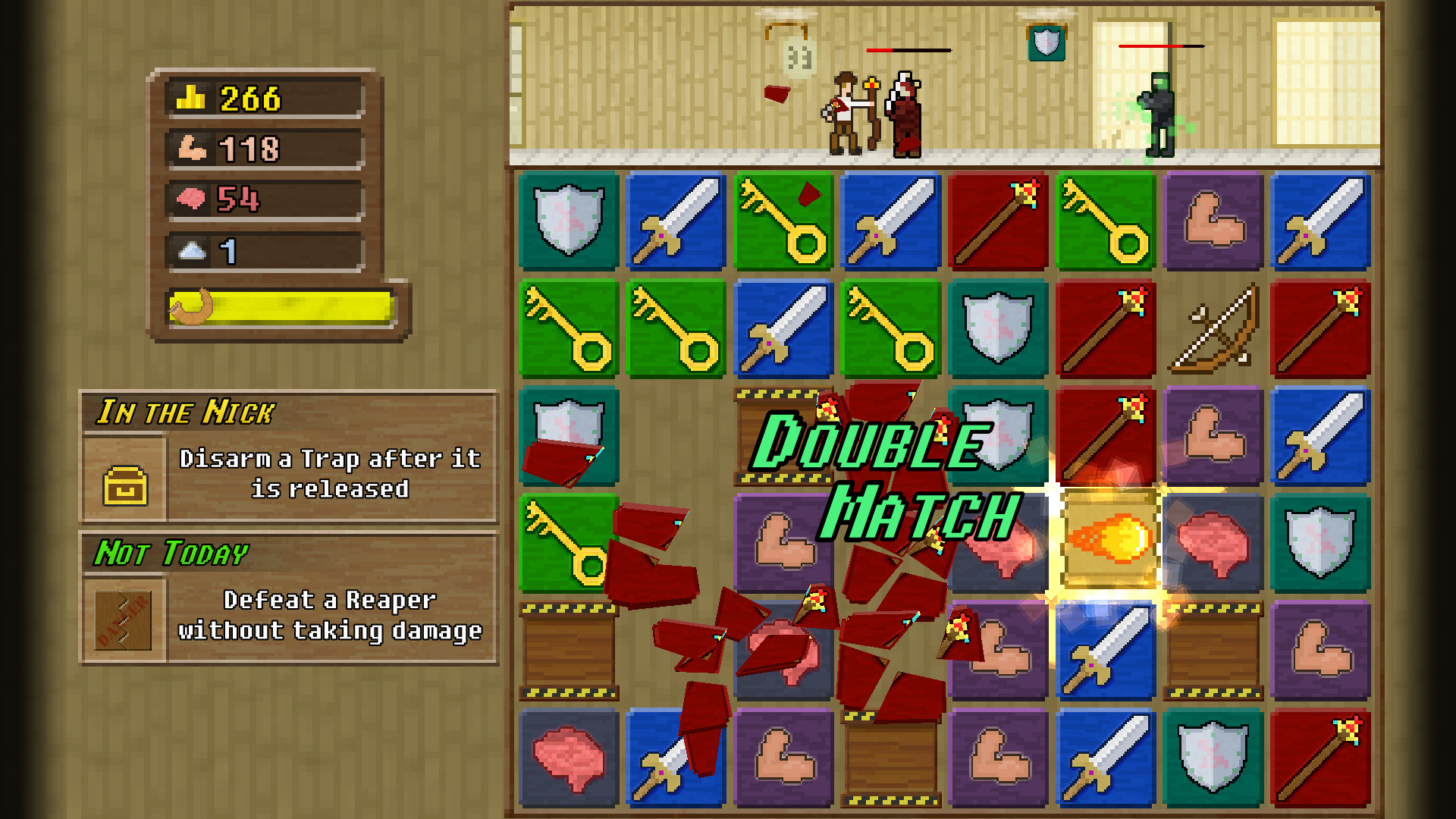 The game’s tutorial makes it all look so easy. But once you’re past the introductory runs which demonstrate how the different tiles work and the game no longer gives you a moment to look at what you’re doing, there’s no letting up. Speed becomes essential and there’s no substitute for it. Intense, yes, but also exhausting.

Dungeons are endless but increase their difficulty at regular intervals. Each new difficulty level reached provides a helpful opportunity to restore lost ground on the map while adding a new effect to tweak dungeon elements. Enemies may receive a boost in damage, chests become more difficult to open, or greater financial rewards could be bestowed, among other curses and boons. To reach new dungeons, specific objectives (assigned prior to entering) must be accomplished, with each adding some element to the construction of the boat when successful.

Success has less to do with strategy than instinct, luck, and persistence. In attempting specific objectives, it’s possible to have some forethought (a vendor added a few dungeons in allows for some adjustment of tile probabilities), but the player is always at the game’s mercy to some extent. 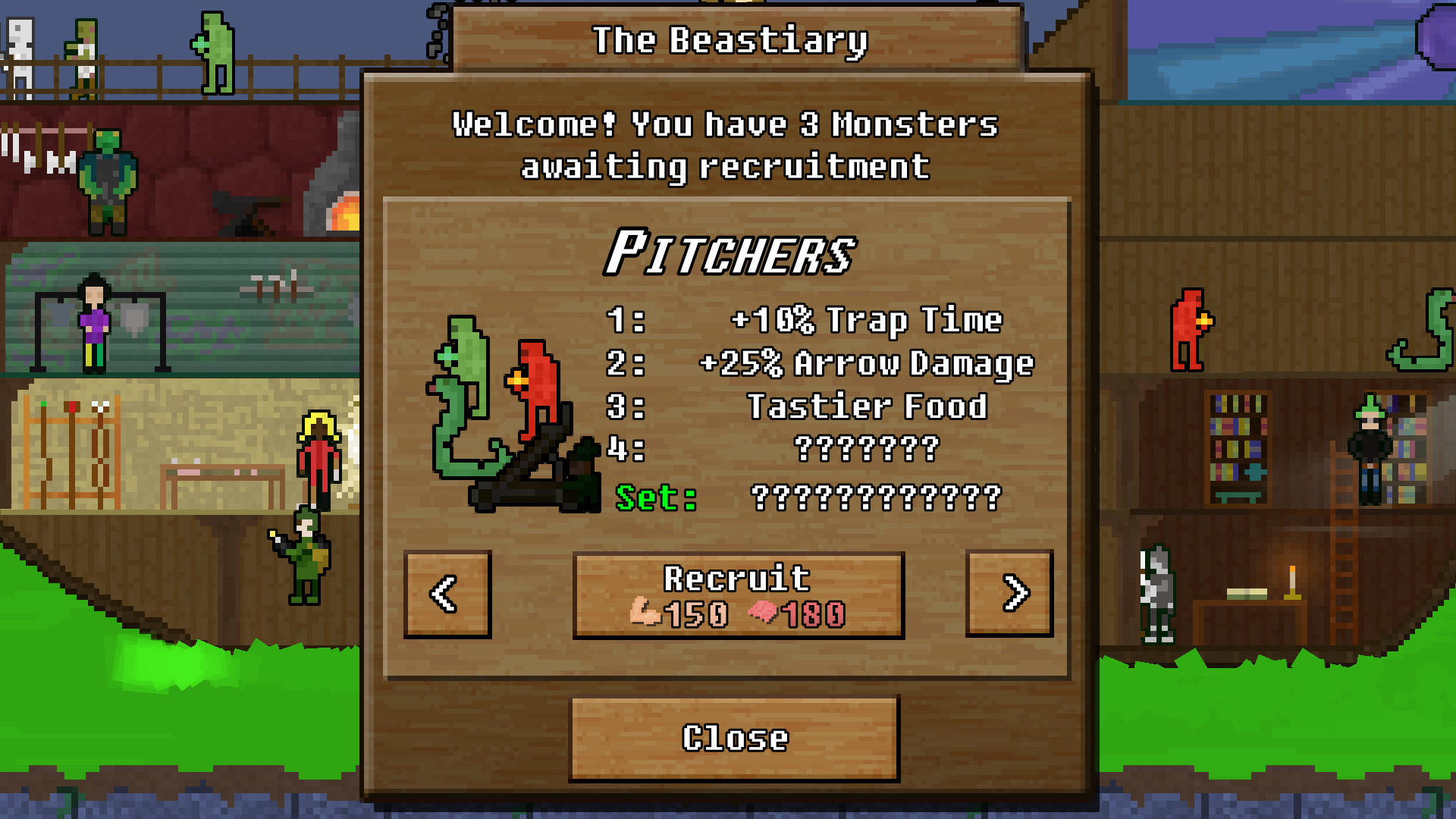 That said, it isn’t cruel either. YMBAB only ever rewards the player for playing it, each run earning additional resources to spend on upgrades that make subsequent runs easier, making progress inexorable as long as the will to play persists. Back on the boat between runs, the player may purchase upgrades to attack and shield tiles, monsters captured in the dungeons can be trained to provide additional bonuses, and acquired crew members offer other benefits.

The short round length and simple, lizard-brain gameplay makes it ideal for either the commute or the commode. Dedicating more attention to it than that may prove to be a bit tedious (not least because of the simple, repetitive music) and the design lends itself far better to touch controls for mobile devices than a mouse, so your better bet is to grab it on the phone and take it with you places.