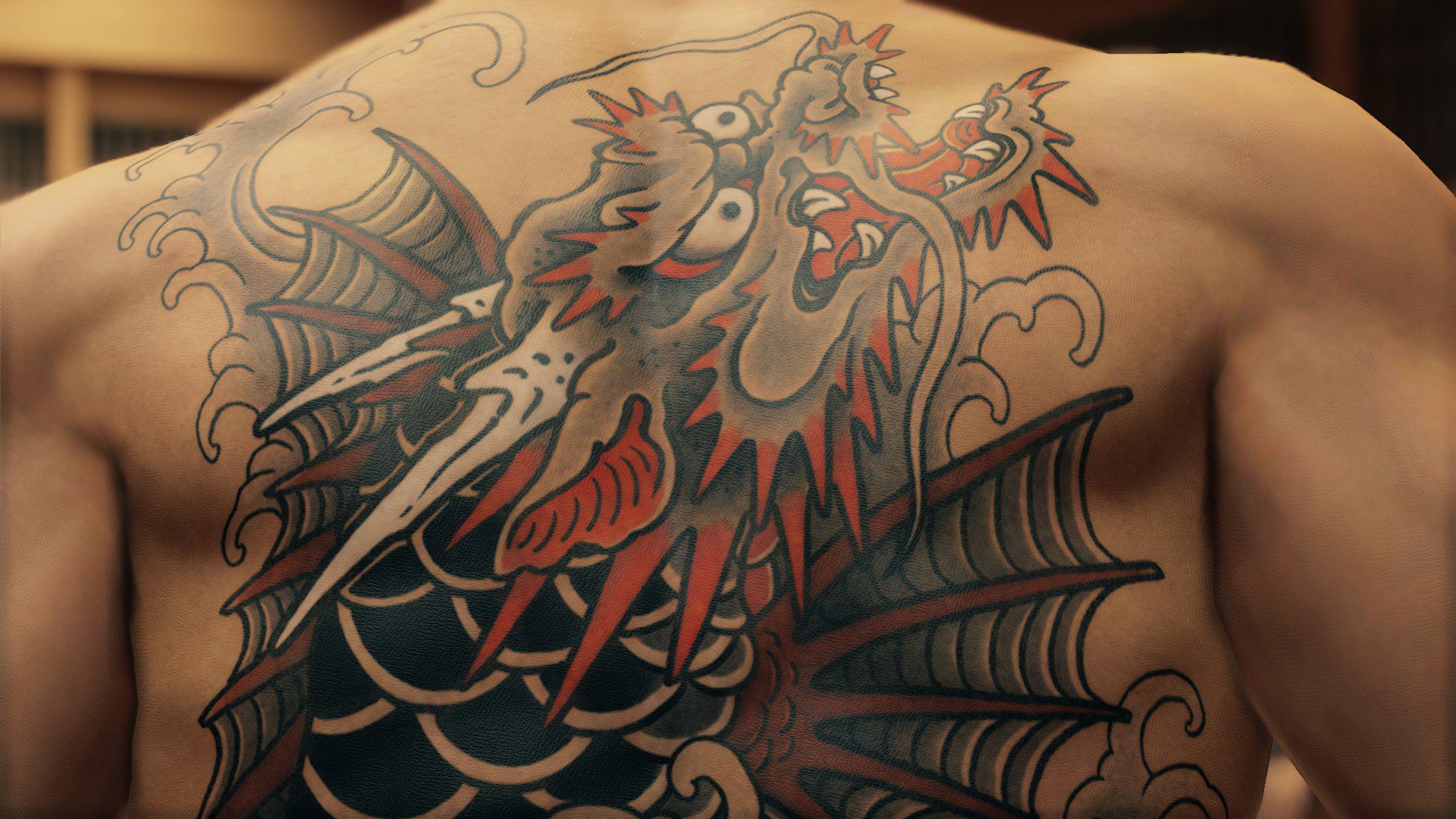 I need a (part-time) hero

The dream of a global Yakuza launch is just that – a dream – but it feels more tangible than ever.

Yakuza has skyrocketed beyond niche status in the West thanks to the best-in-class Yakuza 0, and as word of mouth continues to spread, curious players who don’t usually play these sorts of games have taken a chance on the wacky, bold, unapologetic series they’ve heard so much about over the years.

No one else is really doing what Ryu Ga Gotoku Studio has been able to consistently pull off.

I maintain that Kiryu’s origin story is the high-water mark – Yakuza 0 is one of the defining greats – but if you’re looking for something new to try or you’ve been there and done that in the cabaret clubs and you don’t want to commit to a full series playthrough, Yakuza: Like a Dragon is an enticing next step.

With a new Dragon Quest-loving protagonist, a much larger city to hang out in, a vastly different combat system to master, and little in the way of narrative baggage, this could easily be your introduction. 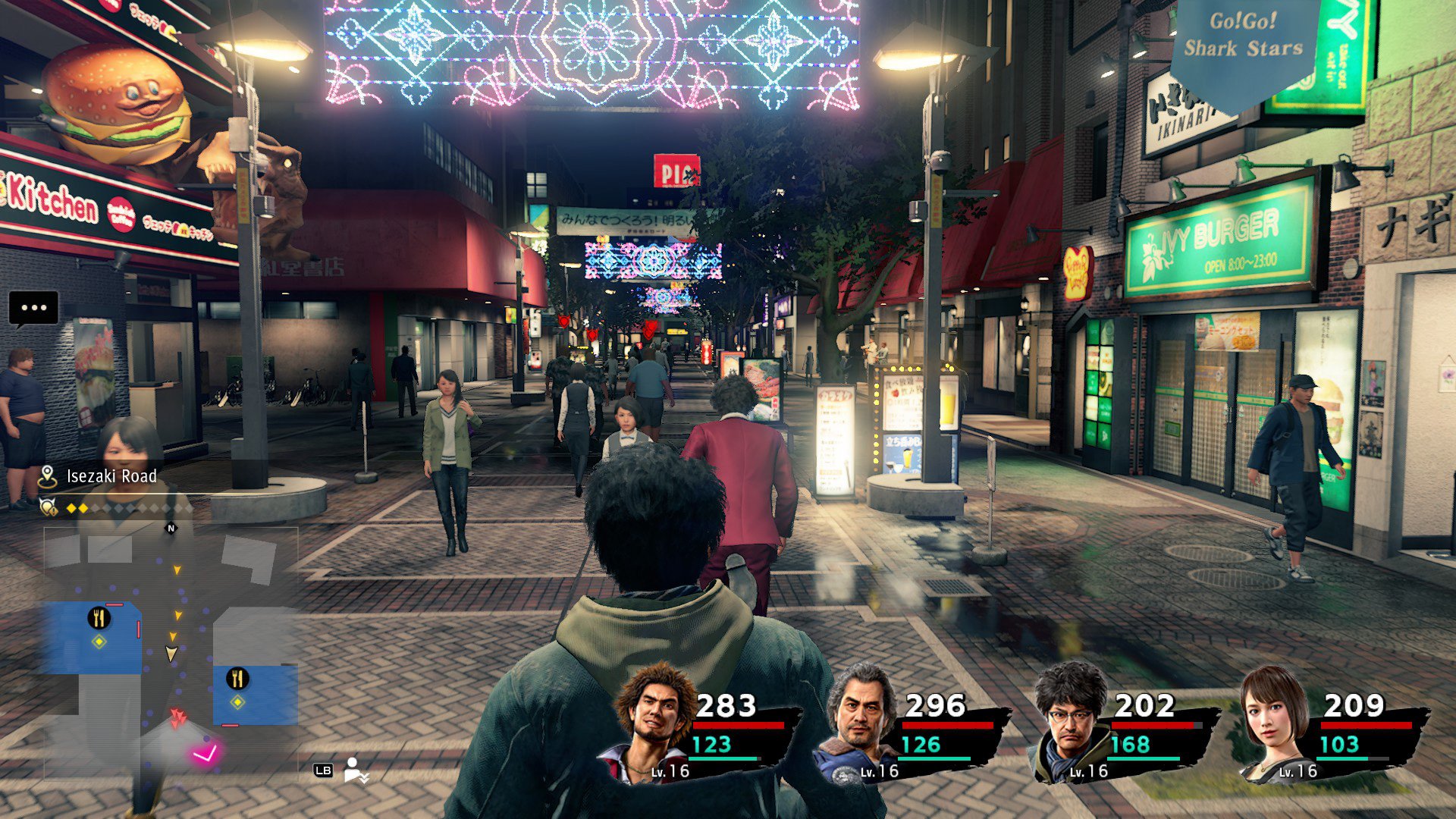 When I think of Yakuza, I think of dense, dramatic, larger-than-life storylines that juggle sincere personal moments with big-picture twists and string-pulling. I think about silly yet heartfelt chance encounters. I think about forging bonds, making time to appreciate the little things, and never backing down from what you believe is right no matter how many sharp-dressed grunts get in your way.

While the finer details are different, it’s generally the same vibe for newcomer Ichiban Kasuga, who has impossibly big shoes to fill but does his best as Like a Dragon‘s literal party leader. In some ways, he’s more relatable than the stoic Kiryu; in others, they’re two heroes cut from the same resolute cloth.

Case in point, early into the game – before this adventure truly kicks off – Ichiban dutifully takes the heat for a crime he didn’t commit. He serves his time, returning 18 years later to a world (and plenty of familiar faces) that he no longer fully recognizes – a perfect recipe for intrigue. Starting from the bottom, Ichiban tries to reclaim the life he left behind only to become wrapped up in a stalemate between warring factions. He’ll need all the help he can get from new friends he makes along the way.

While that’s just the jumping-off point – there’s no such thing as a concise Yakuza plot summary – I will say that Like a Dragon slightly loses itself midway through. There are some pacing problems. Part of that is on the narrative side, and part of that is due to the (at times) grind-heavy JRPG structure.

The English dub, as heard in this trailer, is completely optional – there’s Japanese VO. I liked some of the English performances (including Ichiban’s), but found others to be hit-or-miss and ultimately too jarring to stick with.

The first several hours of Like a Dragon are strong, and the conclusion is hopeful enough to make me excited about what’s next for Ichiban (and the Yakuza mythos), but there were a few chapters in the middle where I struggled to connect with meandering story beats. When the game is fixated on familial struggles – everything circling patriarch Arakawa, his son Masato, and Ichiban – I’m glued to the screen. When it ropes in characters whose presence isn’t always justified or meaningful, I start to lose interest.

I am glad that Like a Dragon doesn’t dwell too much on the past. There are fun callbacks, cameos, and nods, to be sure. But what it comes to the important story moments, new players won’t feel lost.

It’s also worth mentioning that while Kamurocho and Sotenbori both briefly return (for story reasons), the bulk of your time will be spent in Yokohama. It’s a far bigger map than we’re used to in Yakuza. Don’t worry, though – it’s not overwhelming, bloated, or lifeless. It’s not huge by open-world standards. I’d say Isezaki Ijincho is a mix of the usual cozy slice-of-life vibes and more sprawled-out city life. I particularly like Survive Bar as the party’s cool home base, the serene Hamakita Park, and Chinatown.

You can get into mischief on every street corner whether you intend to or not. 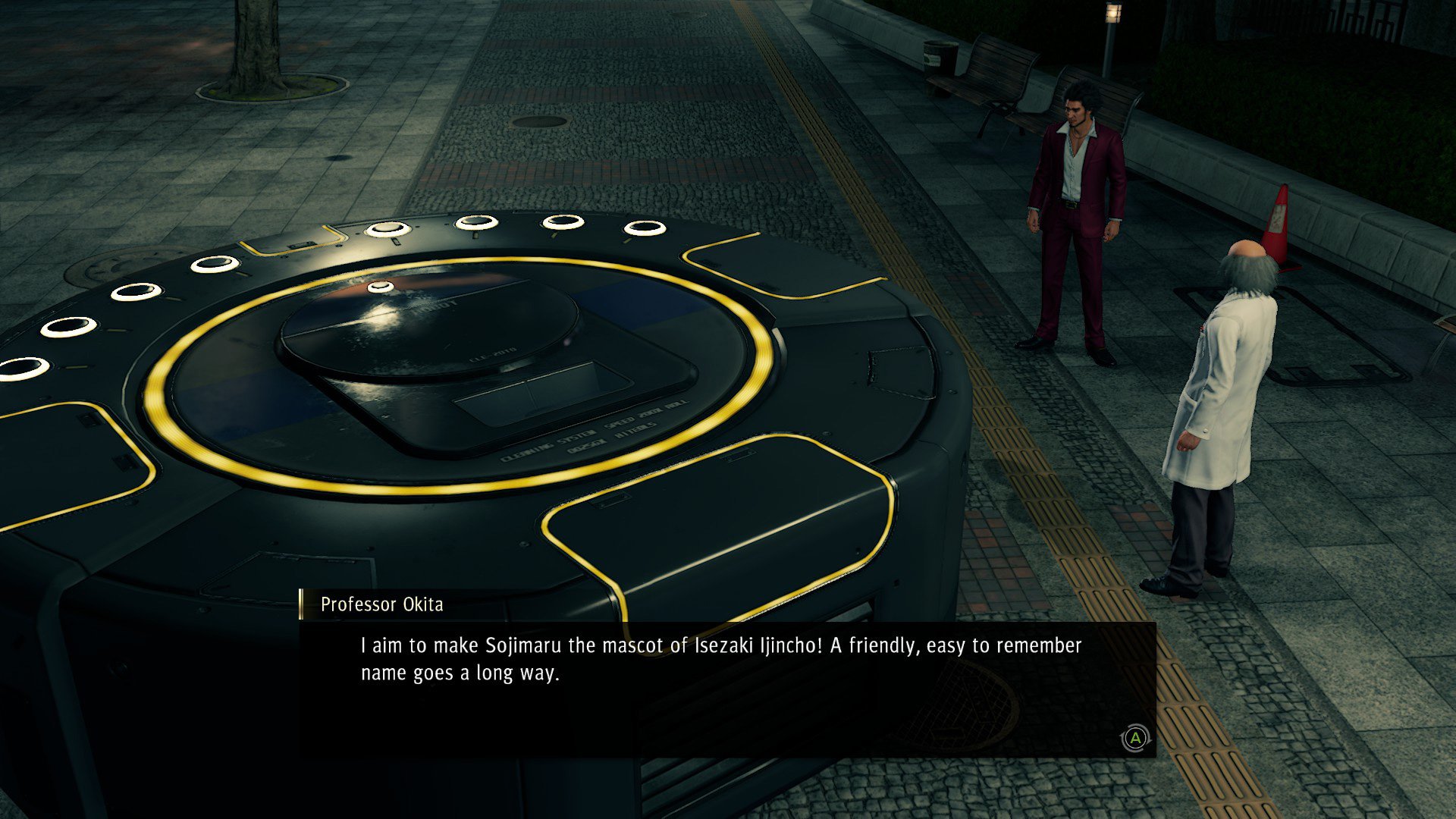 There are new activities like Dragon Kart racing (complete with cups), a rhythm-based movie theater game (where you tap buttons to keep the sleep-inducing sheep men at bay), and a vocational school (with stat-boosting trivia questions). More than anything else, I got hooked on a company management simulation – a careful balancing act between buying smart investment properties, satisfying agitated investors, and raising profits without overextending or jeopardizing your employees’ well-being.

While you’re engaging with this optional content – or the series’ classic zany substories that somehow always end up speaking to the human condition – you’ll start picking up seemingly random junk (that’s used to craft or improve weapons and armor) and begin unlocking JRPG summons (Poundmates) like a Jason Voorhees stand-in and a poisonous crayfish. If you’ve seen any particularly outlandish scenes in the trailers for Like a Dragon, chances are, that was a Poundmate. Fan-favorite Yakuza icons return, too.

Whereas prior Yakuza games were real-time brawlers – a sort of modern-day extension of the arcade beat-’em-ups many of us hold dear – this game uses turn-based combat. The results are mixed. Initially, I found Like a Dragon‘s JRPG combat to be more dynamic than expected – I said as much in a pre-release preview. After spending almost 50 hours with the game, I’m less enthusiastic about it. 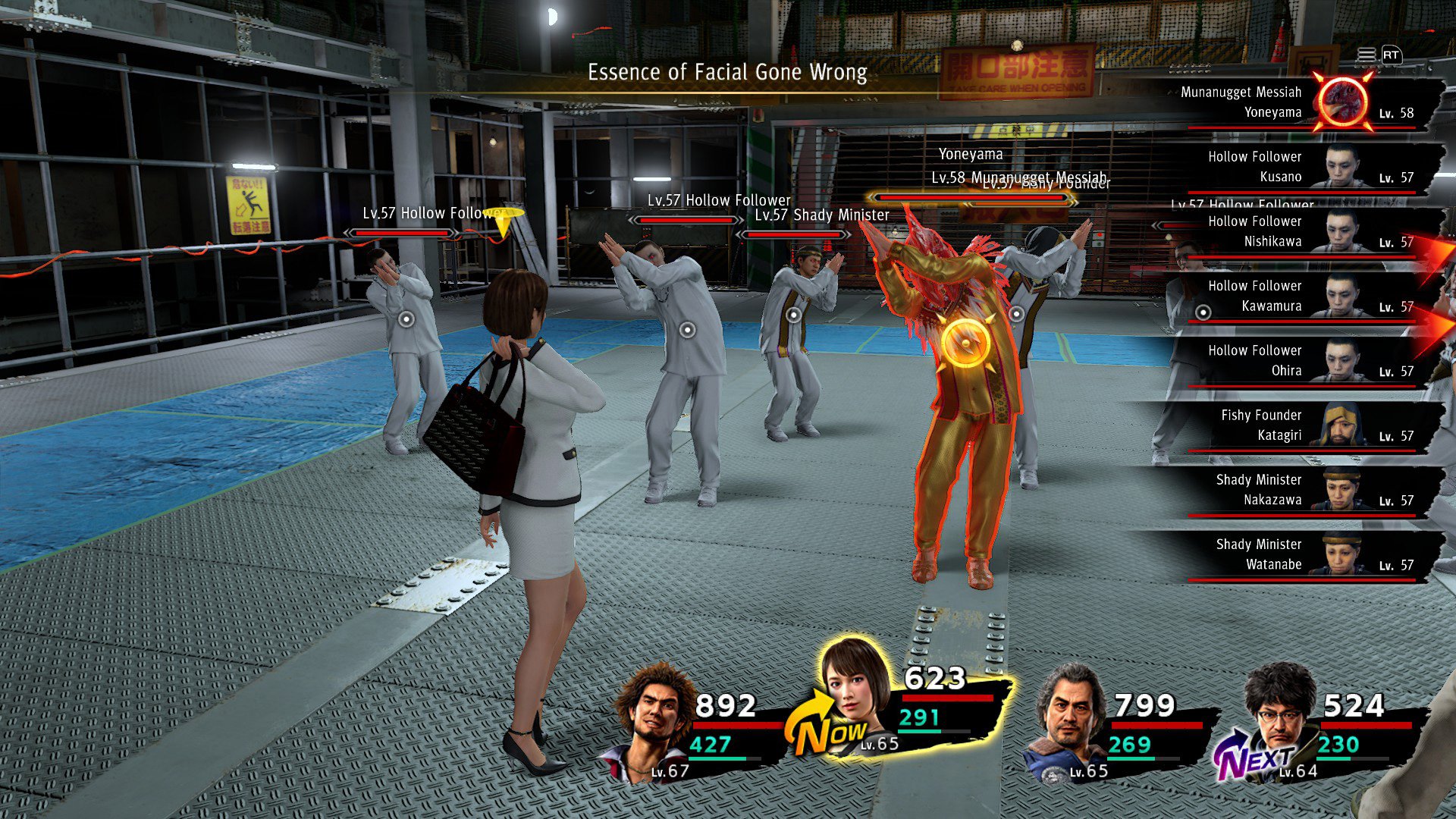 Your four active party members and the otherworldly (even Pokémon-inspired) foes you face will roam around automatically, and it’s on you to decide when to attack, defend, call in a summon, or use a special attack with some of the most absurd animations and scenarios this series has ever seen.

Once you confirm an order, your character will jog over to their target. If another enemy is in the way, they might intercept and block you. If you’re doing an attack with “splash damage,” nearby foes who wander within range at the right time will be hit. (Some later-game specials do across-the-board AoE damage, so you don’t have to be so patient or strategic.) Certain moves have a button-mashing bonus, some moves just use a single well-timed button press, and the same goes for triggering defensive boosts in time with each enemy strike. There are other considerations, too. Your brawlers might rush in to get a follow-up hit on a toppled-over foe if they’re close, and they may even pick up scenery objects.

Early on, I had a fun enough time watching these chaotic and slightly out-of-control scenes unfold. They didn’t drag on. But at a certain point, I got so sick of waiting for Ichiban and co. to run up and actually perform their attacks. In fights I knew I’d win, I would toggle the auto-battle option and let the AI take over (even though it makes inefficient choices). As soon as my party was sufficiently decked-out, I resorted to mostly using special attacks. Not only are they powerful (so long as you have enough mana to wield them), they have instantly-skippable cutscenes. They’re the fastest route to the victory screen.

Put another way, Like a Dragon‘s turn-based combat is fine, but fine can only go so far when hours-long brick walls force you to stop and grind for XP so you can stand a reasonable chance against beefy boss encounters. I didn’t find a good reason to experiment much with alternate jobs/classes for anyone, preferring a more laser focus. (You can unlock unique moves with each job, but weapons are job-specific, so there’s legwork when swapping.) I didn’t enjoy grinding in the dreary sewer dungeon – it’s by far the low point in this game – but funnily enough, I did like the battle arena. The difference: tricky optional objectives that kept me on my toes. The enemies are so creative, but the combat feels rote.

Depending on your fondness for JRPG grinding, you might enjoy this system a lot more than me. But I’d argue that there’s undeniable room for improvement and it falls short of the old real-time punch-outs. 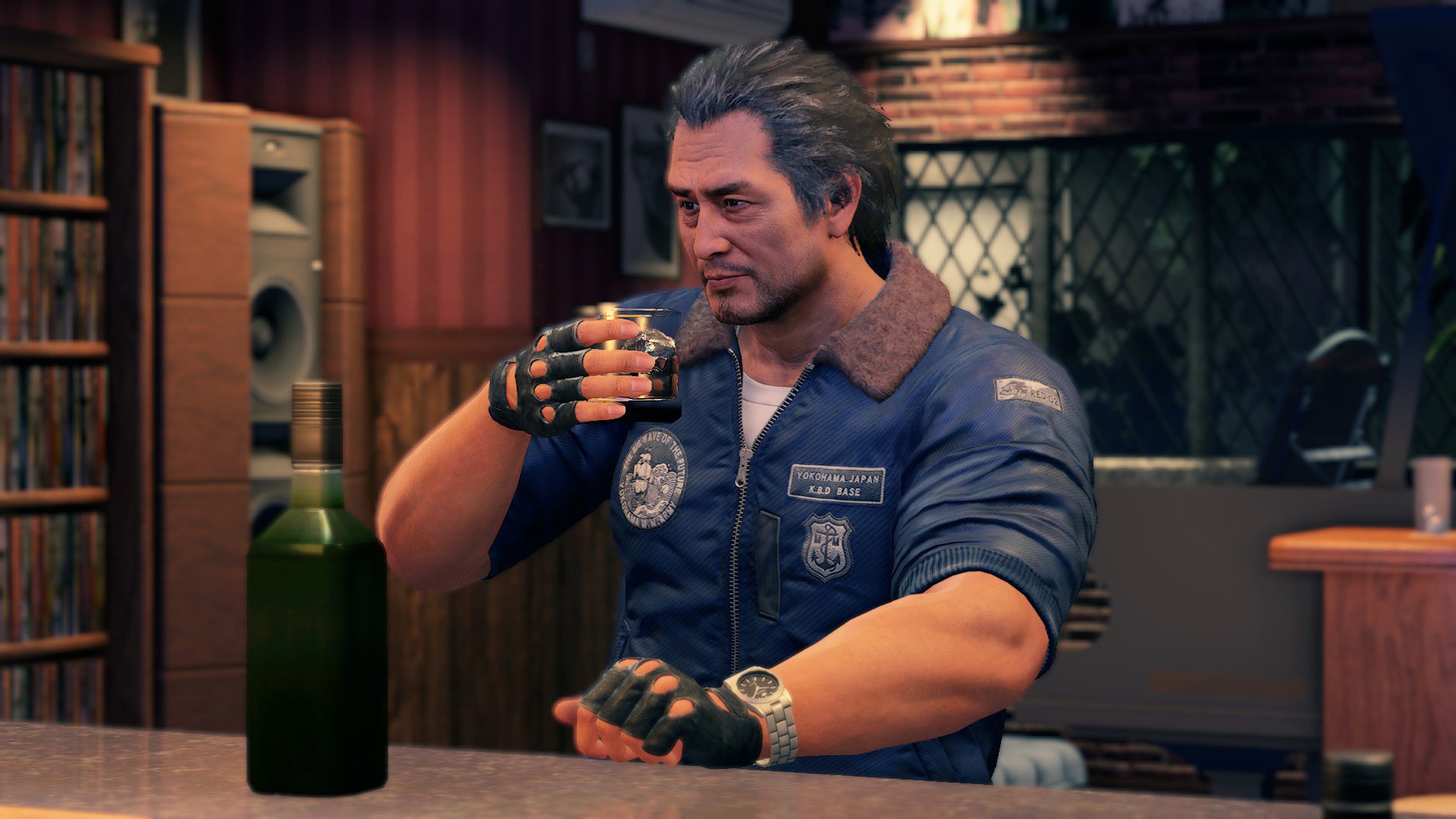 There are trade-offs, though. Pros and cons. On the bright side, the party-based format leads to enjoyable character moments as Ichiban bonds with his pals over drinks, or snacks, or while strolling past noteworthy sights – the group will routinely converse when you’re exploring Yokohama. You’ll also get a bunch of opportunities for one-on-one time with the crew back at Survive Bar. Don’t skip out.

From a storytelling perspective, the fantasy JRPG shift fits the new protagonist’s disposition – it makes a weird sort of sense in Ichiban’s head – and the conceit gives Ryu Ga Gotoku Studio a lot of freedom to go nuts. Some of the creature designs (I feel like I can call them creatures) are delightfully unhinged. Not that we had any doubts at this point, but the localization team continues to flex its creative muscles.

Like a Dragon isn’t my favorite Yakuza, and its fresh turn-based combat eventually grows stale, but I have a lot of love for it. If it’s your first game, it’ll quickly initiate you into this wild, one-of-a-kind series.