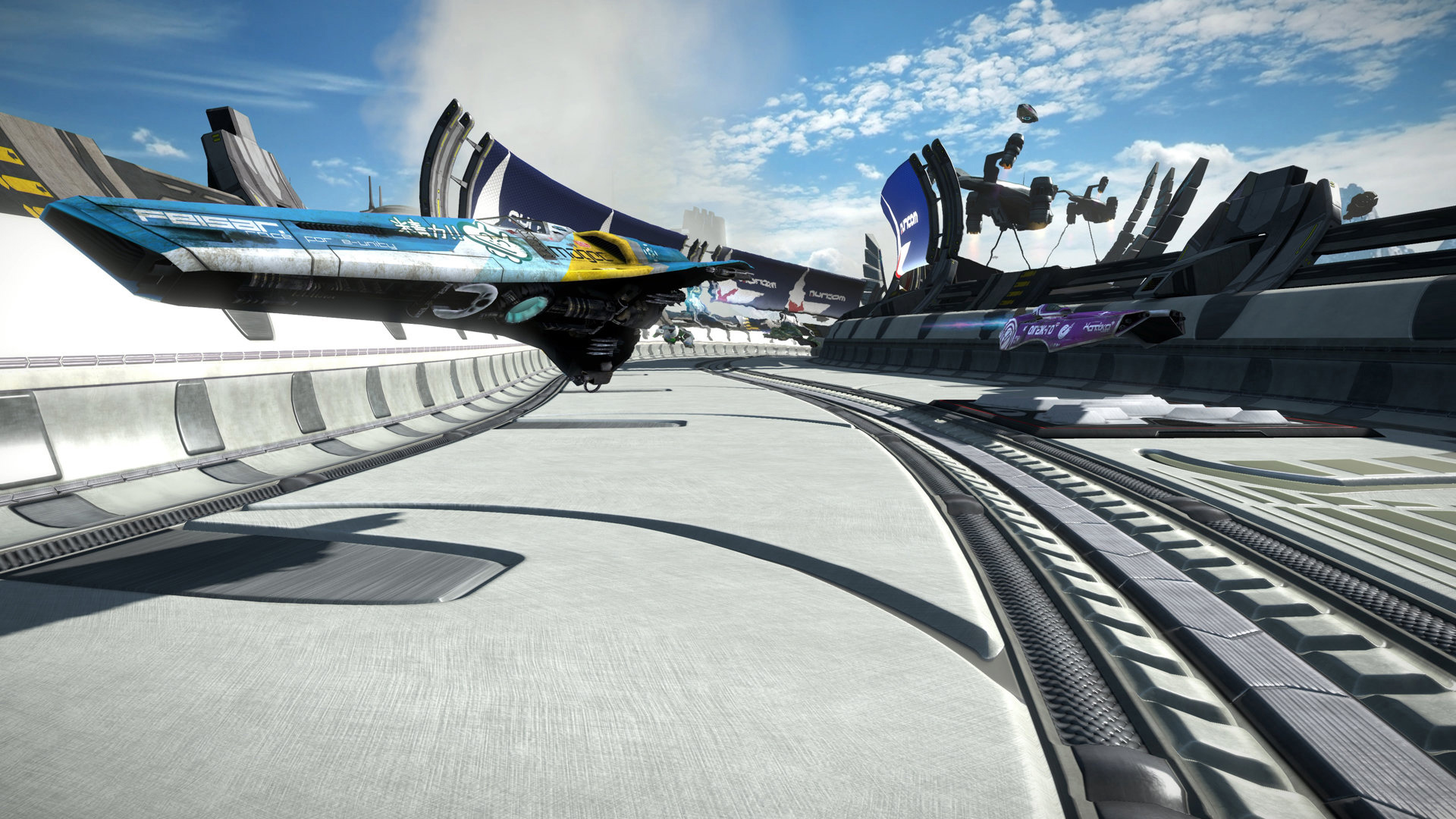 Omega Collection is going to catch some people by surprise.

For dedicated WipEout avoiders, this bundling of WipEout HD, Fury, and 2048 is a chance to see what the fuss is about on modern hardware and an opportunity to realize first-hand why the series’ adoration is warranted.

For hardened returning players, there are going to be plenty of déjà vu moments as they tear through these same topsy-turvy tracks yet again, but the 60 frames-per-second, 4K, HDR sheen applied to this collection (with the correct PlayStation 4 Pro and TV setup) is bound to impress. 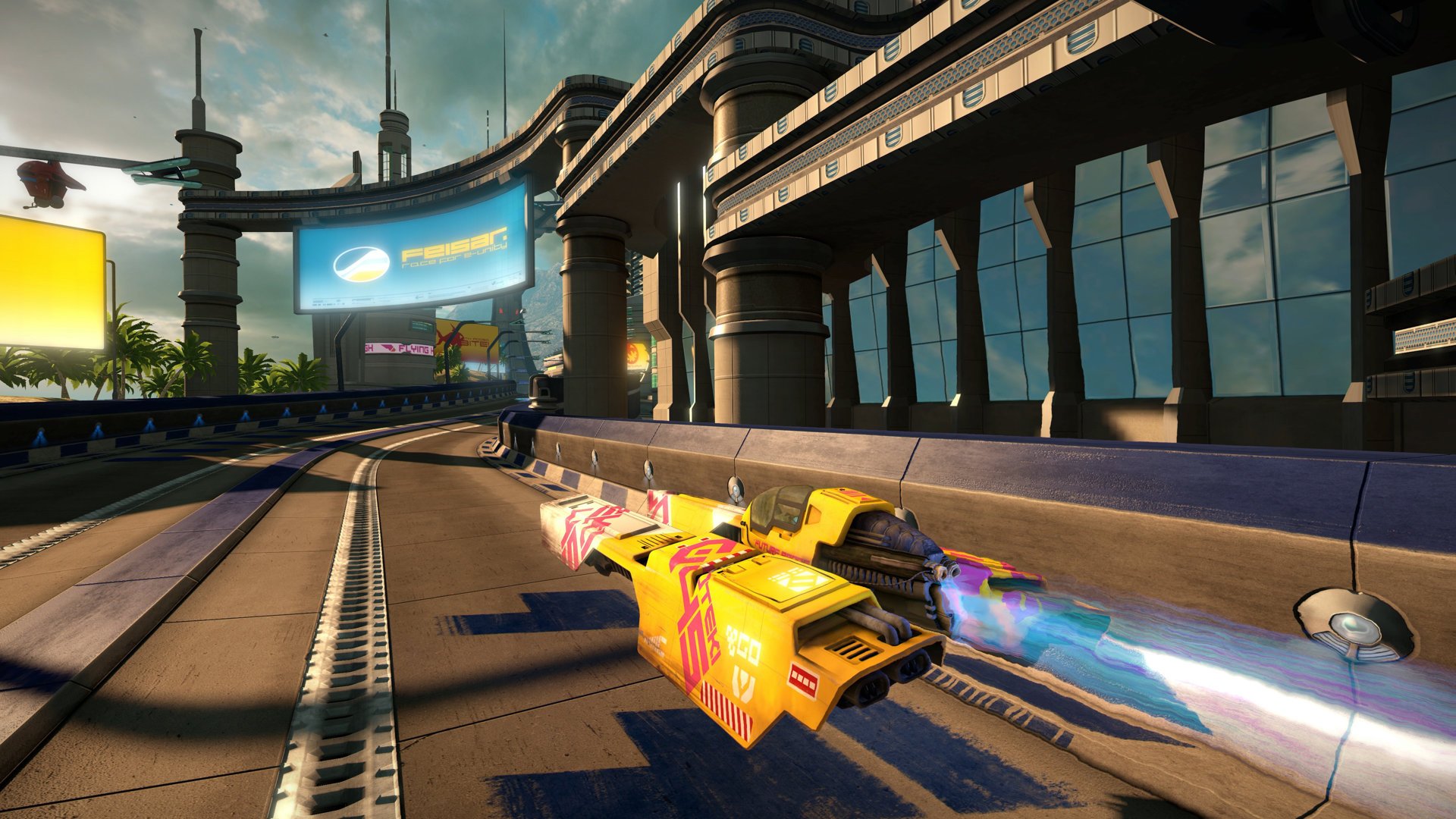 The most notable transformation is undoubtedly WipEout 2048 given its PS Vita origins. I never played that game until now and I can hardly fathom doing so on a handheld, even one as capable as the Vita. Omega Collection addresses some clear issues that bogged down the original version back in 2012, including pesky load times and a less-than-ideal frame rate. Here, everything’s good. As for WipEout HD and its Fury expansion (both of which have their own individual campaigns with branching unlockable events), they already looked slick and ran well on PS3. Now, on PS4, they’re extra sharp.

Of course, these games play well, too. The floaty yet deceptively responsive handling of the anti-gravity ships is a joy to master, as is knowing just when to pump the air brakes to squeeze around tight turns and how to set yourself up for barrel-roll opportunities to give your ship a temporary jolt.

This satisfying sense of high-speed movement is what will keep you coming back to WipEout, and it’s great to see so many tracks that push you to intuitively pick up the nuances. When I’m playing at my absolute best, I feel like I’m in one of those “Here’s what F1 drivers actually see” videos. For newcomers, the Pilot Assist toggle will help keep you from over-correcting turns and pinballing off walls, but it’s not a perfect or permanent solution — the feature can have an ill-informed mind of its own.

More than just racing, the games also have enough other activities to keep you from ever feeling too stuck in one place as you chase after the criteria for gold medals and the coveted elite passes. In Detonator, you’ll shoot down mines and drop EMPs to score points. In Zone, you’ll become one with yourself as your vessel is pushed faster and faster until it can’t possibly take any more abuse. It’s these two event types in particular that have me disappointed Omega Collection couldn’t squeeze in at least partial PlayStation VR support. With their simplified but vibrant aesthetic, they’d be a perfect fit.

I also can’t neglect to mention the energizing, tonally-appropriate soundtrack, which will feel familiar but perhaps not quite as familiar as you’d hope if you’ve been with WipEout since the PS1 days. For my part, some songs served as a distraction, but most heightened the experience, making my harrowing maneuvers all the more gratifying. I didn’t feel the need to dig into custom playlists on Spotify.

Online multiplayer, in my experience, has been great. From the lobby screen, you’ll be able to see if the group is in a race or about to wrap up, and room settings like the mode, map, speed class, and which weapons if any are enabled. You can compete against up to seven players, and I didn’t perceive any lag in big or small groups except for an occasional slight delay on weapon pickups. It’s a painless process to create matches or join them (apart from getting wrecked by absurdly skilled players who force the “Did Not Finish” clock to start counting down.) I’ve never seen more than a handful of lobbies at once, but I’ve always been able to get in somewhere. People are probably taking their time with the campaigns.

My thoughts on these titles have gone largely unchanged since my review-in-progress. I still vastly prefer the easily discernible tracks of HD and Fury to the wider, oftentimes more overwhelming layouts of 2048 when doing solo races or time trials. (That said, I have a special place in my heart for the aerial insanity that is Sol. It’s thrilling.) The latter game can also be something of a heated mess when facing hyper-aggressive AI opponents in combat. At times, their behavior is entertaining in its own right — and it feels in-credible to get revenge with a charged-up plasma blast or a well-timed quake — but the rapid-fire chaos can prove irritating when everyone decides to pummel you mercilessly.

All told, this is a content-rich collection, one that is especially worth investing in for WipEout newcomers. Longtime players might feel fatigue from tracks that have seen repeated use over the years, but even then, I’d argue the audio and visual polish present in Omega Collection makes it worthwhile — with or without a 4K-ready setup. The dream of the ’90s is alive at PlayStation.