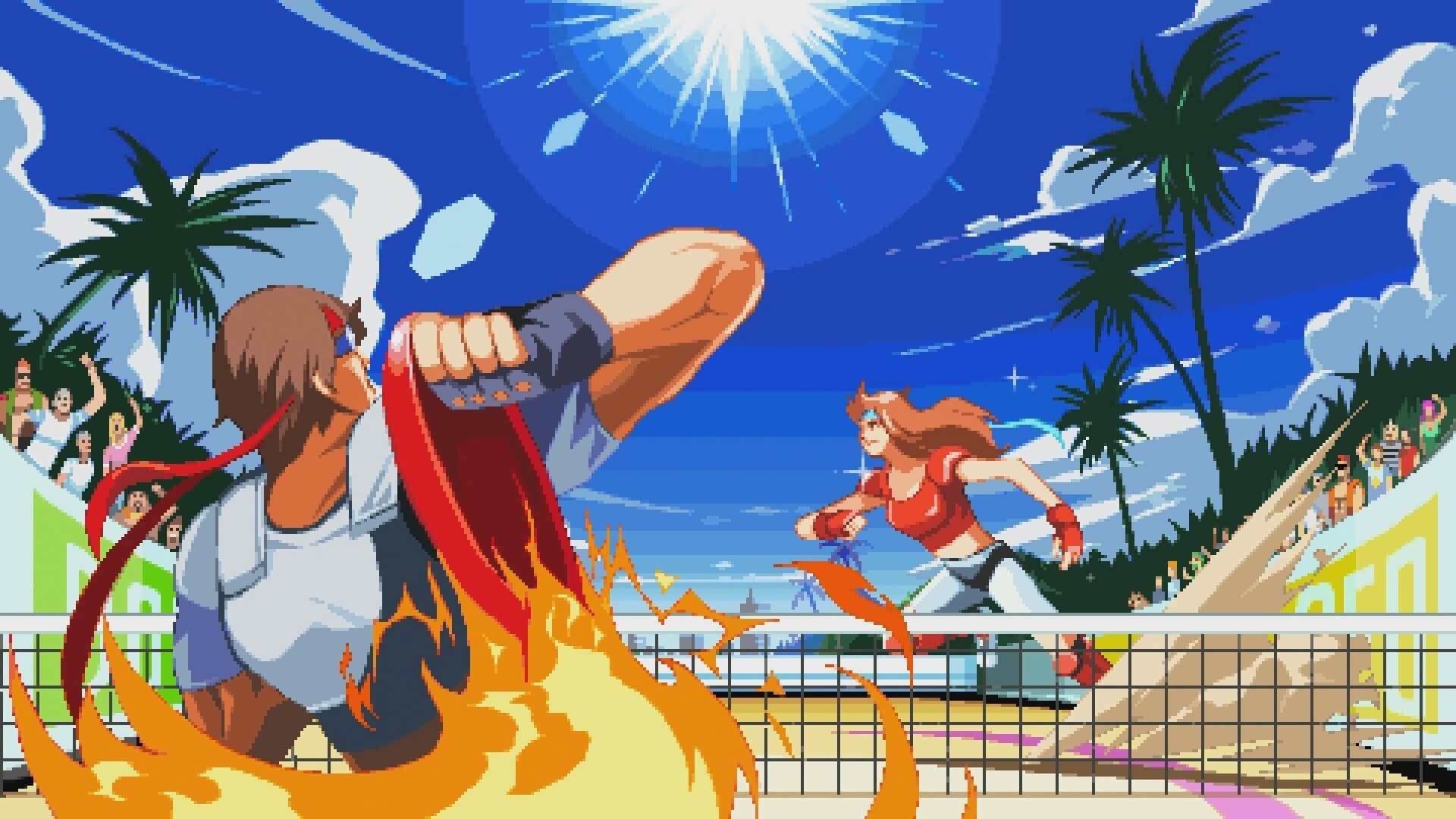 The Neo Geo was a seriously underrated piece of hardware. It may not have been popular in its heyday, but the machine has earned a well-deserved cult following over the years from its extremely tight and eclectic collection of games. Things like Metal Slug and King of Fighters are synonymous with the device, but there are a bunch of oft-kilter classics that most people have never heard of.

Windjammers is one such game. Basically mixing air hockey with Street Fighter, I’m truly surprised I had never even heard of the game until earlier this year. Originally released in 1994 from Data East, the game is so fast-paced and intense that multiplayer brawls feel like all-out duels to the death. 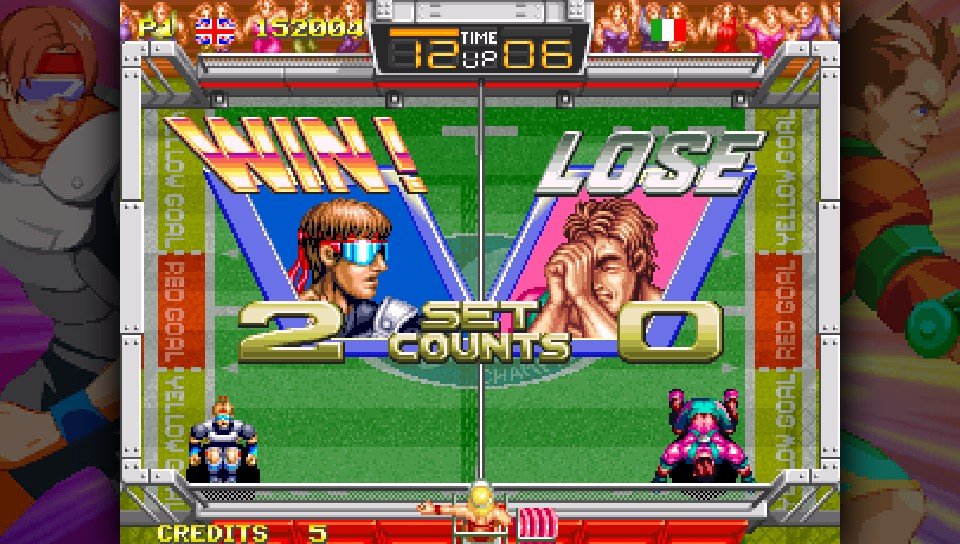 As I said above, Windjammers feels like a mixture between a sports title and a fighting game. The basic premise is that you’re playing a fast-paced Frisbee game with special moves. The goals on the opponent’s side of the court have a three- and five-point section, allowing you to strategically place shots to maximize your score.

Games are typically played to 12 points, though you can tweak that parameter for versus mode. What that means is you’ll need to score four three-point goals, three five-point goals, or some mixture of the two to end a set in your favor. Taking a cue from traditional tennis rule sets, you need to win two sets to take the overall match, so comebacks aren’t out of the question when you’re far ahead.

To mix things up, the game features a cast of six characters from various countries. Similar to fighting games, these characters have slightly different statistics in things like speed and power as well as featuring different super moves for you to utilize. This is where the true tactical edge of the game comes into play.

The game utilizes only two buttons for standard play. You have your basic throw and a lob throw. You can direct each throw with the joystick and pressing them with more force will increase the shot’s speed, but the basic make-up is rather simple. Where it starts to become strategic is that you can curve your shots with a hadouken motion (down, forward on the stick), you can dash when the disc is coming towards you, and you can even knock the disc into the air to charge a super attack.

While there isn’t a proper tutorial to explain all of this, DotEmu thankfully included a pretty concise and well-worded “How to Play” screen that details all of these actions. Windjammers is a game where doing is more valuable than reading, though, so if this sounds confusing, don’t fret. You’ll pick up the gist of the game by throwing yourself into the fray.

While the game does feature an arcade mode where you can face off against the AI, in typical old-school fashion, putting the difficulty on anything above “Easy” results in opponents that basically read your movements before you even think about them. Where Windjammers truly shines is in competitive play with friends or actual people. This new port includes an online mode and it should have made Windjammers an absolute blast, but sadly that isn’t the case. 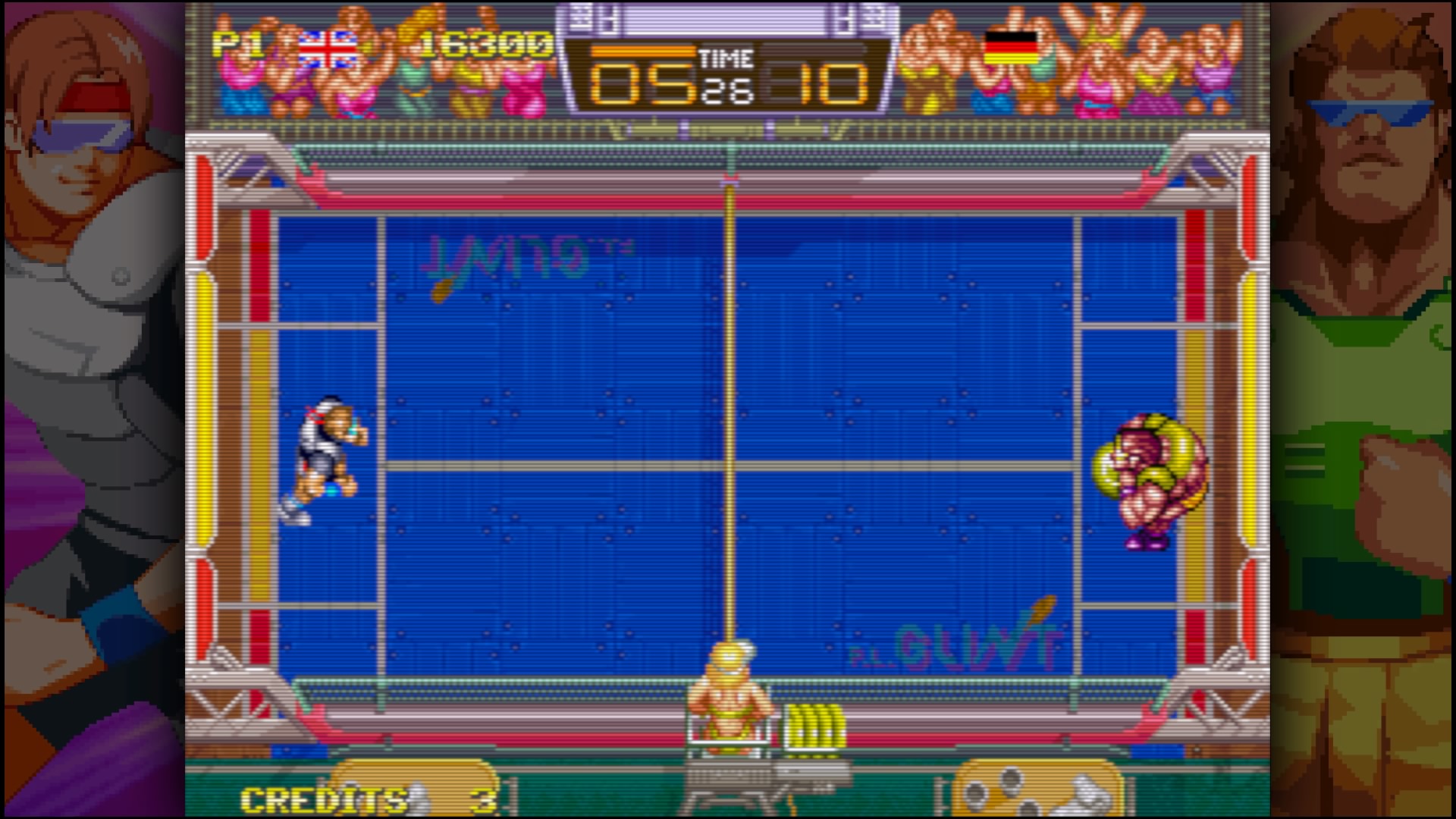 In my roughly five hours of testing, I’ve played a total of four online matches to completion. Most of the time, the game will find an opponent and allow you to select a character, but disconnect before anything else can happen. Then there are matches where you’ll get onto the court to play, but the lag is so severe that playing with any kind of strategy goes straight out the window.

This is especially bad on the PS Vita, where internet connections can only be wireless. On PS4, Windjammers fares slightly better since you can wire your console to the internet, but the netcode is so dependent on peer-to-peer connections that if your opponent has crap internet, you’re not going to have a good time. At least the good matches are rock solid and the ability to request a “Revenge” match lets you easily set up a best-of-three set without much fuss.

Thankfully the rest of the port is pretty great. While the shadows flicker a lot and look weird, the colors and animations from the Neo Geo shine through with a couple of neat filters you can apply to the screen. There are options for bordered 4:3 aspect ratio or stretched 16:9 as well as scanlines, a CRT filter, or just a sharp, true pixel display. I especially like how one of the borders shows a character portrait based on which character you’ve selected with your opponent’s on the other side. 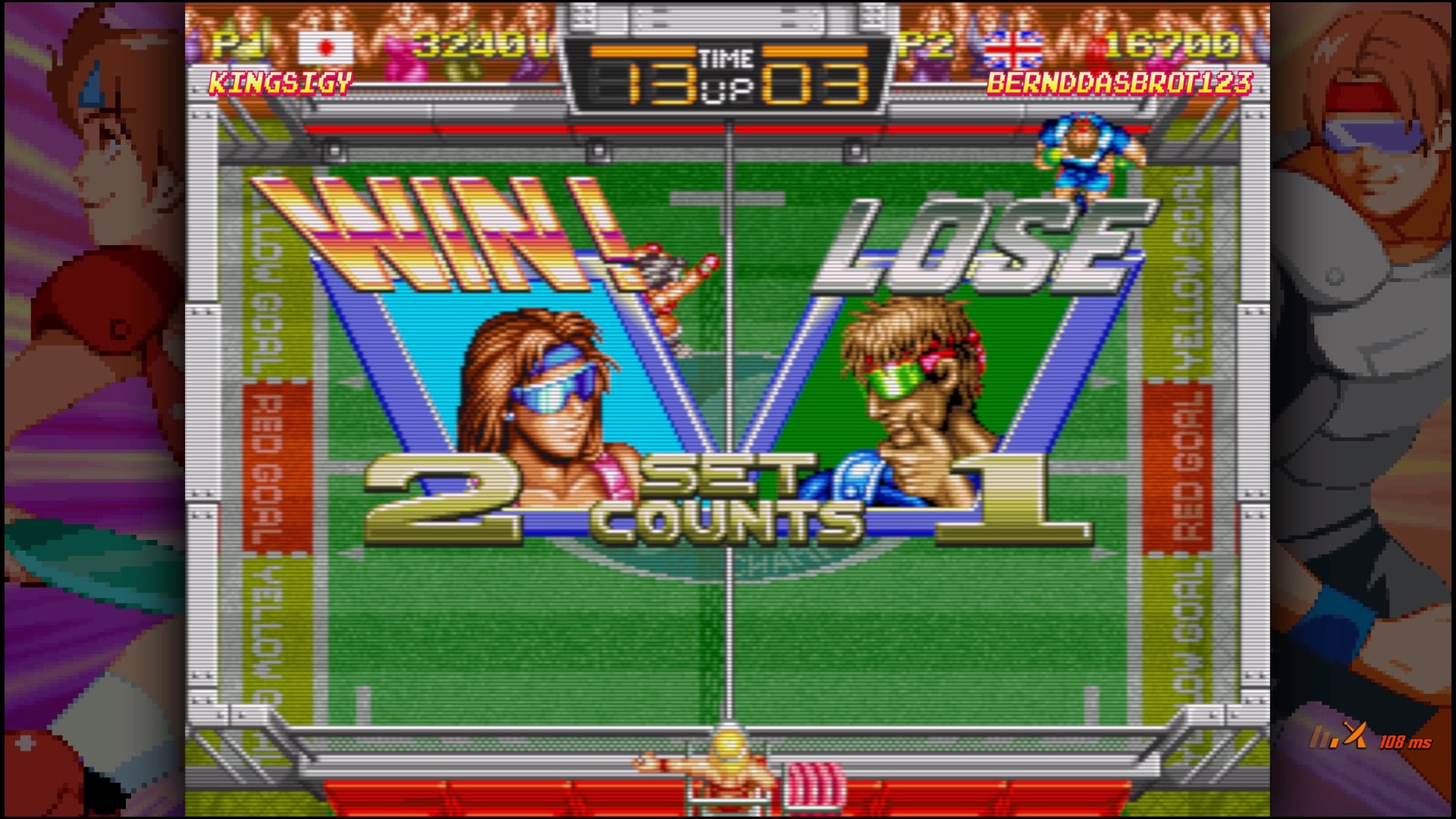 I also really love all of the animations the characters have for winning or losing. I suppose these are based on their personalities, but it’s hilarious to see the strong Russian guy slamming into the walls and throwing his arms in the air like he’s going to tear down the arena in joy. It adds a lot of character to the ordeal, which makes for some uproarious multiplayer duels when your friends start getting into character.

At least the local versus option works flawlessly and doesn’t limit you in course selection. I suppose having only six characters and six courts kind of sucks, but you have to take into account that this was made in 1994. Developers had to work with the limitations of that time period, so Windjammers went more for visual flair and personality than it did with roster size.

Still, that seeming lack of content and rather shoddy online mode does hurt my recommendation of this new port. If it were a bit cheaper, I’d say give it a shot just out of sheer novelty factor. Since the online basically doesn’t work, I can’t attest to how long of a life this title will have beyond this initial release.

If you can get friends interested, though, Windjammers makes for an almost no-brainer local purchase. The intensity of the gameplay and sheer attitude the game exhibits is truly a joy. I do wish the Vita version had ad-hoc multiplayer, but since this is a cross-buy title, you’ll have access to the better realized PS4 version regardless of which console you buy this on.