Reload and roll out

We’re officially in an era of remakes and remasters, but not all of them are created equal.

I mean, we have “remasters” of games that are barely several years old, and they’re actually worse off than the originals. But in the case of Wild Guns Reloaded, I think revisiting the series over 20 years later is justified. 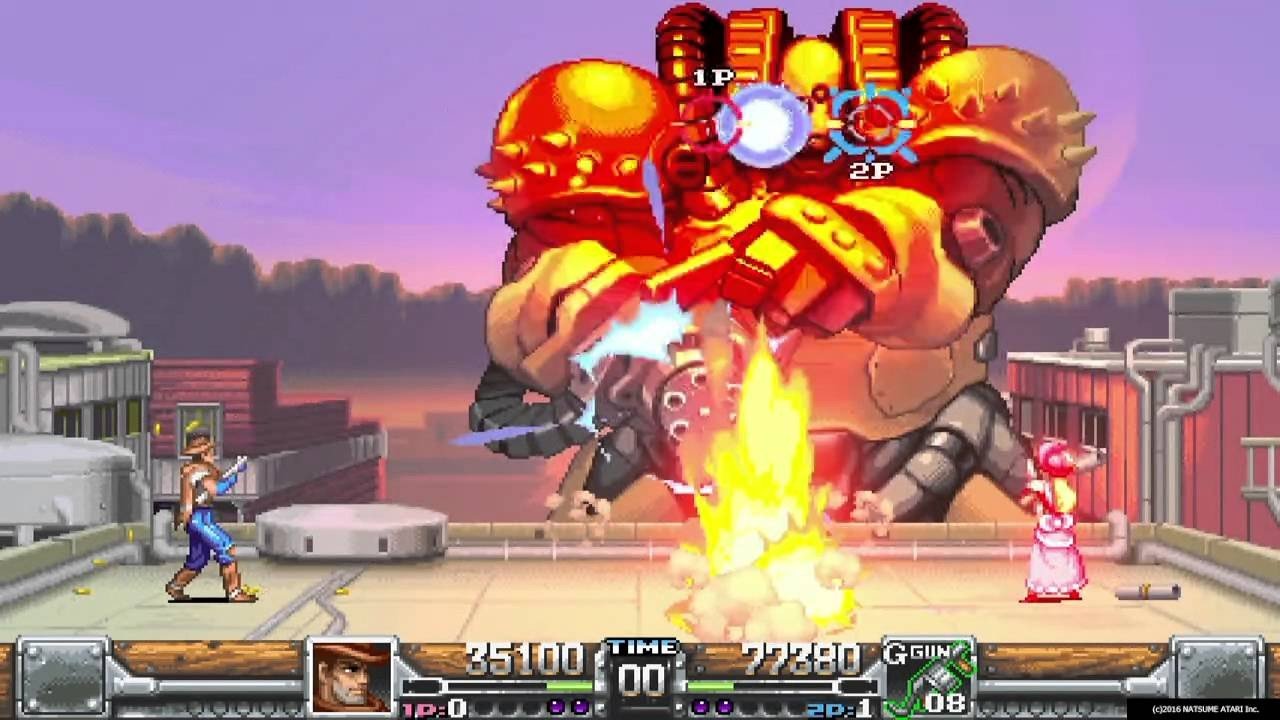 Wild Guns is something that feels right at home in a ’90s arcade, even if it’s actually a Super Nintendo game. And somehow, even with some minor touchups and upscaling, it’s aged phenomenally. The arcade comparison really is apt as it feels like something you’re typically pumping quarters into, with a level-based format that eventually crescendos into a final boss.

It doesn’t have that arcade cheapness though in terms of difficulty. It’s actually really on point, because you constantly need to stay on your toes and use every move at your disposal to survive. Moves, mind, that include “jumping, diving, shooting, and bombs” — that’s it. Since the standard duo of Clint and Annie remain stationary while firing, you’re constantly re-adjusting your position and maintaining priority on different targets. Bosses feel formidable and memorable, and I’m sure for many of you out there who played Wild Guns late into the night with friends, they never left your head.

The most significant addition for Reloaded though is easily the two new characters: Bullet and Doris. The former is literally a dog (a lovely long-haired dachshund, to be exact, who can be color-swapped to the coat of my wife and I’s late dog Samantha), who uses a robotic flying contraption to get around. Bullet operates differently than the core duo, as the robot aims independently — with the option to control the dog while not firing — which is where your hitbox lies. So you’re almost playing two characters at once, dodging and shooting, or you can opt to latch onto the robot in flight. It’s a completely new way to play the game.

Doris is a ton of fun in the sense that she also marches to the beat of her own drum. She throws grenades, and her reticle operates by “painting” targets before you chuck them. She’s also a little slower than the rest of the cast, so it’s much harder to dodge. On her own I see her as a sort of hard mode, since you don’t have any of the other more agile characters laying down covering fire, but on a team, she’s a beast, and complements the others well. She really exemplifies how important it is to grab four people for a Wild Guns couch party. More characters would have been great, but Natsume nailed the two we got.

There’s a few other extras, like the “retro sounds” option if you beat the game without continuing, as well as a horror-themed stage (complete with Jason mask enemies and a creepy mist) and a flying fortress, but for the most part this is a faithful recreation of the original. It’ll take about 45 minutes to run through the full campaign (a little less if you don’t get a game over), and from there, it’s up to you to replay it over and over.

If you’re going physical, $30 is going to be a little too rich for what’s otherwise a straight retro game with some new content, but Wild Guns Reloaded is a treat. Whether you’re the type of score-attack addicted player who wants to rocket ahead in the leaderboards, or you have three other friends/family members ready for co-op, it’s worth digging into.