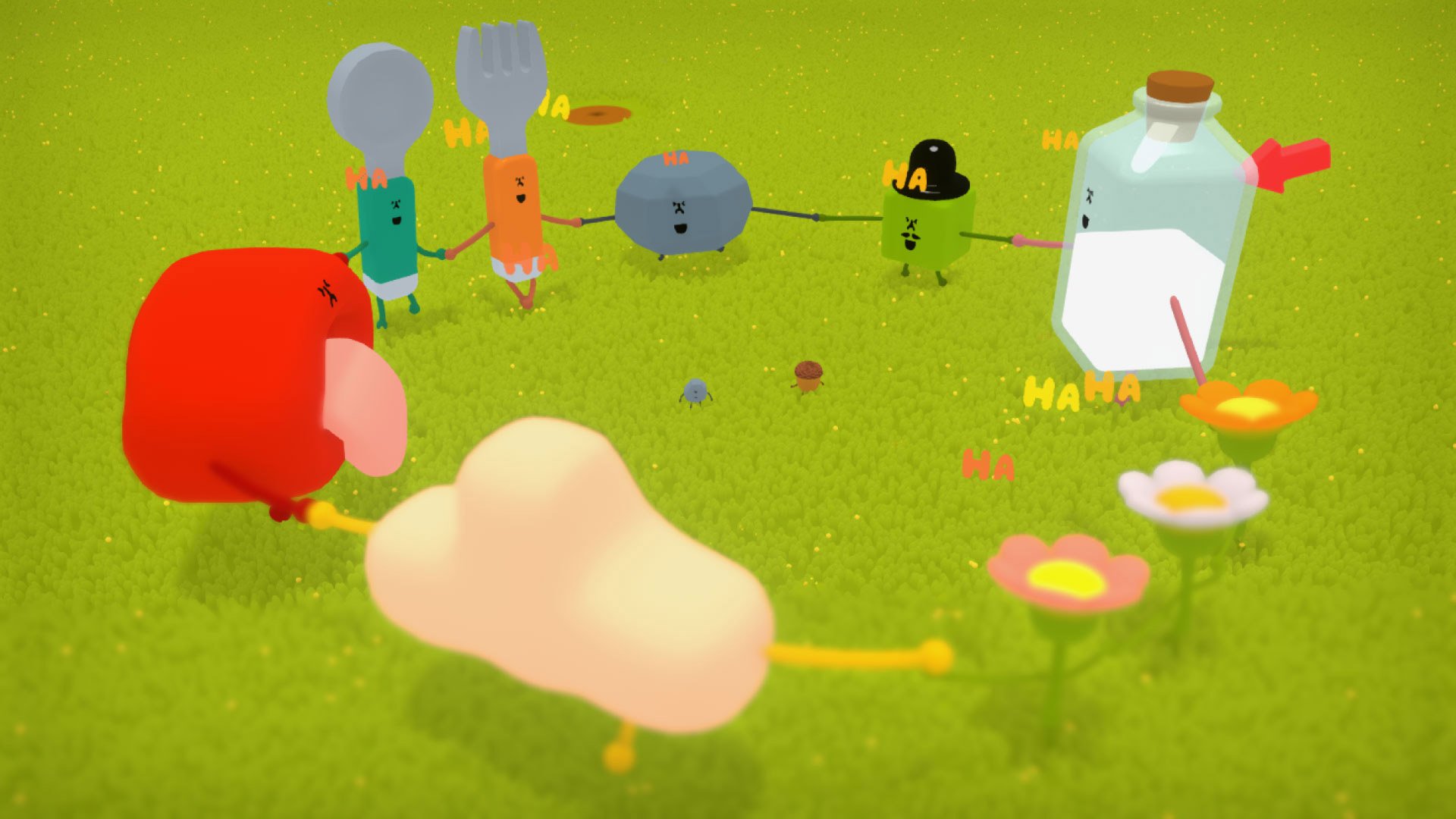 ‘So I just did me some talking to the sun’

Wattam, the new “goof-around” game from Katamari Damacy‘s Keita Takahashi, is like burrowing yourself in a fuzzy blanket that’s still radiating heat from the dryer. It’s silly, jovial, and above all, cozy.

I came in expecting a toy-box world with an eclectic band of characters, and that’s pretty much what I got. There are no wild game mechanics to master or brain-busting puzzles to decipher – but there is a proper story, one that kept me surprisingly engaged and motivated the whole way through.

If you’re in the mood for a cute game about cute people doing cute stuff, you’ll feel at home. 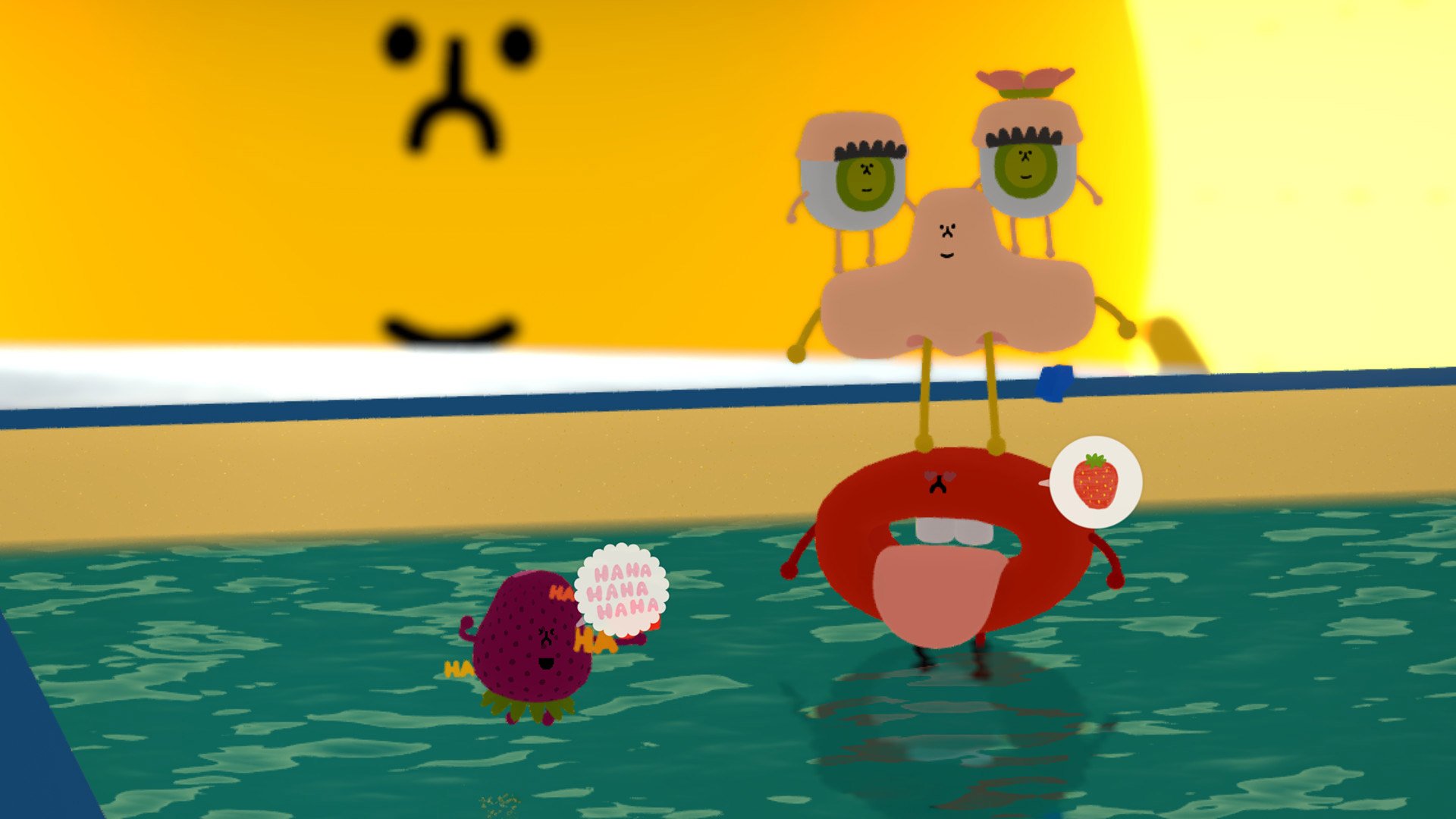 Starting as the lonely Mayor, a green box-shaped fellow with a playful bomb tucked under his hat, you’ll continuously expand not only your list of playable pals (to over 100), but also the scope of the world, which is split up across several floating islands. Each step of the way, you’ll make new friends – the game has two separate buttons dedicated to hand-holding! – and try to solve their problems.

A sushi father might need help rounding up his roe children. A towering tree might want to suck up people, Whispy Woods-style, and turn them into fruit. A toilet might want to flush some junk. A huge part of the joy of this game comes from the fun and funny ways in which characters interact.

By the end, it devolves into beautiful chaos, sometimes to the detriment of the frame rate (but not in a game-breaking sort of way). Initially, you’ll use the right analog stick to swap between characters with a hovering cursor. Further in, you’ll come to rely on a collection list that lets you instantly switch over.

Wattam has a few tough puzzles to crack, but for the most part, you’ll be able to immediately glean what you need to do next and how to go about doing it. In some ways, I wish the game was a bit more gradual with this information – that it gave you more breathing room before dishing out clues.

That said, I also understand who Wattam is for: a whole range of people with different backgrounds.

The controls, objectives, and visual concepts are simplified and universal enough that casual players should have a smooth time working things out. There’s also enough creativity to hold seasoned players’ attention. While the game doesn’t make a big fuss about this, drop-in local co-op is the way to go.

Wattam is definitely something I’ll want to revisit when I have kids. It’s a toy-box come to life. 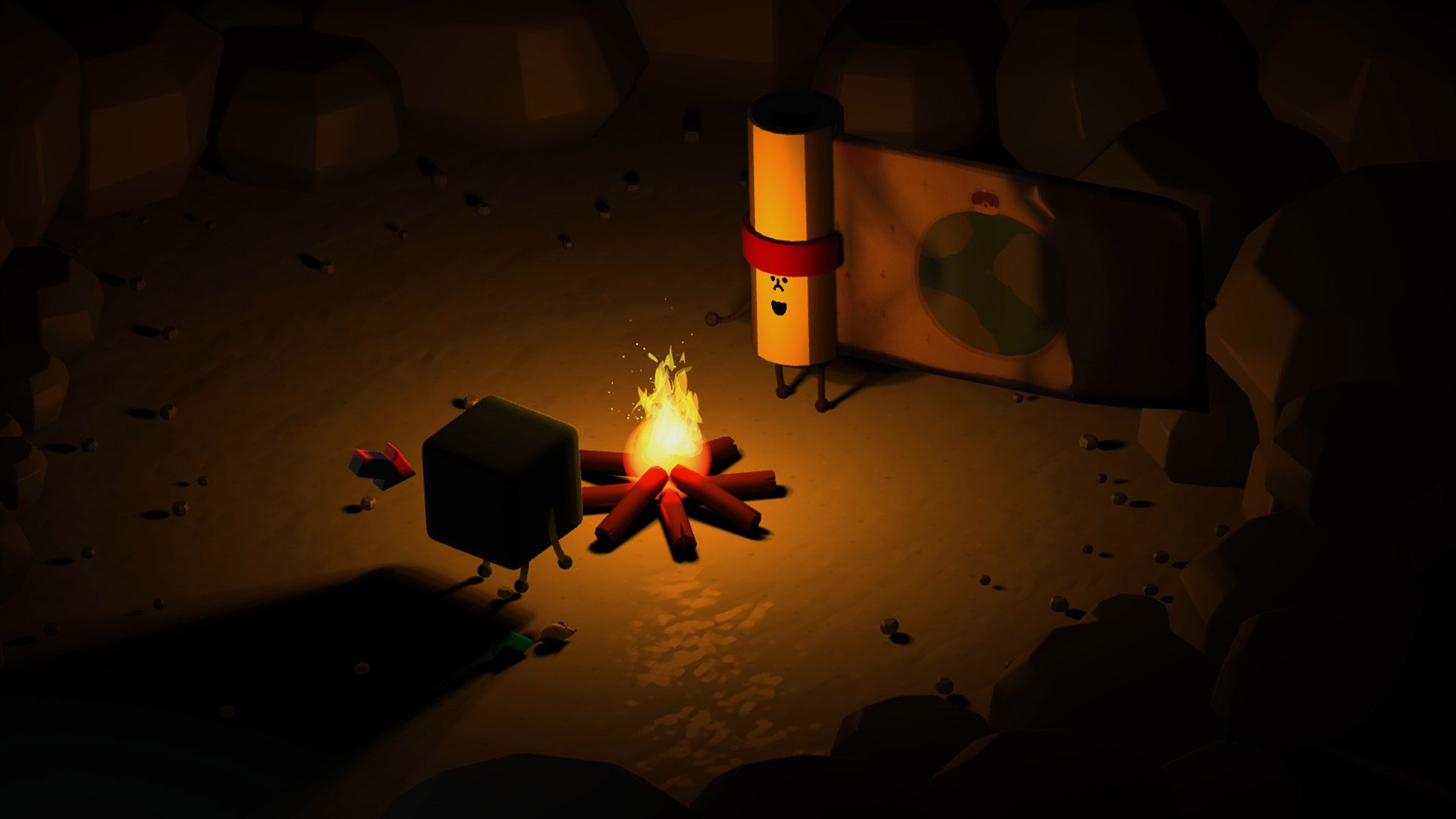 How long is the game? I spent five hours on the story, then a few extra hours messing around and trying to work out some of the more obscure character interactions, which felt like plenty. (Do yourself a favor and don’t stop playing until you’ve filled in the final spots on the roster. They’re such a pleasant surprise.) If you want to eke out even more time in this lovable world, there are quite a few trophies.

I’m not sure if Takahashi will ever be able to top Katamari Damacy – for my money, it’s one of the greatest video games ever made – but Wattam captures that sense of whimsy and magic in its own way. The care-free music and gosh-darn-huggable character designs make this a must-play for fans.

I kind of hope Funomena never makes figurines, because I’ll spend way too much money on them.