The Dynasty Warriors series is incredibly notable in terms of demonstrating how different Western and Japanese audiences can be. In Japan, Dynasty Warriors is a chart topper and system seller, a cultural phenomenon. Over here? It barely raises an eyebrow.

Tecmo Koei knows this and thus, over two years ago, announced Warriors: Legends of Troy. Boasting a more familiar mythological setting and a far gorier presentation of combat, this is the game with which the Warriors series hopes to crack America.

Frankly, I think the Trojans themselves had a better chance than this game does. 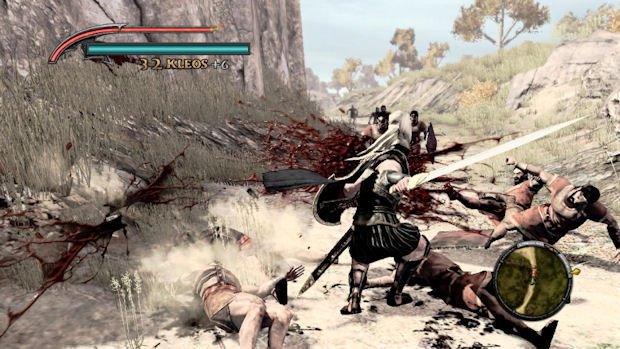 In the same way that Dynasty Warriors retells the events of ancient China’s Three Kingdoms era, Legends of Troy draws its scenario and narrative from the mythological Trojan War. From the moment Paris abducted Helen and took her back to Troy, right up until the final Greek victory using the iconic Trojan Horse, the entire decade of bloodshed is depicted.

Warriors of Troy uses the “Charge” combo system from Dynasty Warriors, in which inserting strong attacks into various combinations of quick attacks will yield new moves. Unlike other games, however, characters are not individually leveled up, and cannot be chosen freely throughout the story mode. Each chapter has its own specific character that you are forced to use, and there is no Free mode to let you take your favorite character into battle.

Instead of leveling up individual characters, you equip items which are bought with Kleos — money earned for kills and battle performance. These items upgrade your various stats, or confer unique abilities such as extra damage to enemy shields or greater resistance to arrows. While an interesting idea, it robs players of the chance to pick and train a favorite character, and it’s also quite annoying to constantly try to swap items around on a limited grid like a bad puzzle game. 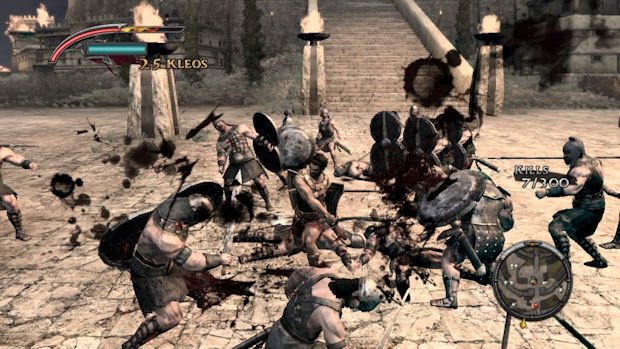 The hack n’ slash gameplay of previous Warriors games is more or less preserved, with a few extra additions. For one, there is a greater focus on blocking and countering, especially in duels against boss characters. Speaking of bosses, there are large-scale fights against legendary creatures such as griffins and cyclopes. Players can also pick up and throw enemy weapons for instant kills or perform finishing moves by backstabbing or stunning enemies. There’s no denying that this is a more visceral game, with brutal stabbings and blood by the bucketload — yet oddly, nobody ever loses a limb.

As well as the story mode, there are various Challenge missions, though they are fairly limited. You can select one-on-one fights, a mission in which you must kill all the enemies before your health runs out, or kill everything without getting taking a single hit. None of them are compelling enough to promote much replay, although they can be a decent source of extra Kleos when saving up for high profile items.

As a fan of hack n’ slash games, the idea of a Warriors game with more brutality and a new setting is definitely appealing. The only problem is that Koei completely forgot about one thing — making it fun. 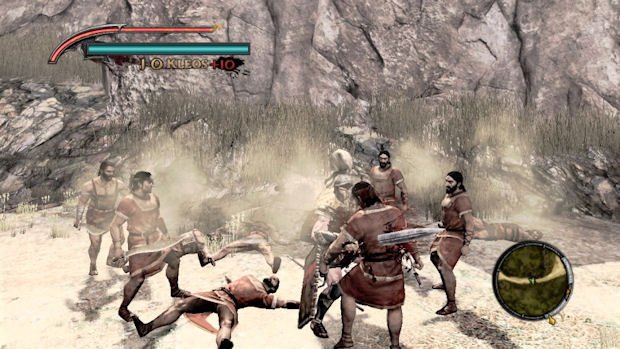 Troy is a slow-paced, sluggish game. Characters feel like they’re bogged down by huge weights, and their attack strings are incredibly hard to steer into targets — if your first hit misses, it’s best to stop, reposition your character, and attack again, since correcting your path is impossible. Combos are easily broken by enemies, and many of them carry huge shields which require the same “stun followed by finisher” attack to be spammed over and over. Even for a Warriors game, Legends of Troy feels exceedingly repetitive. The button mashing action just doesn’t feel satisfying because the characters are tediously lethargic and their attacks are generic and nondescript.

Furthermore, the game takes away all the charming eccentricity of the franchise. Colorful, absurd characters as found in Dynasty or Samurai Warriors are nowhere to be seen, replaced with miserable, shouting parodies of Western videogame antiheroes, all musclebound and snarling with no sense of individuality. It’s a despondant, depressing, angsty little game, and an over-the-top button masher needs po-faced anguish like Care Bears needs a character who cuts herself. Perhaps one can argue that this is what the Siege of Troy was like … but then maybe that says the Siege of Troy was a terrible idea to begin with.

There are a number of awful gameplay choices thrown in by Koei, too. The boss battles, for instance, are lengthy, monotonous affairs in which you learn the one random way to inflict damage and keep doing it. The fights also get progressively cheaper, as enemies begin summoning clones who surround you and stop you from attacking, or create vortexes that appear on the ground without warning and can attack from offscreen. Oh, and there are great three-versus-two “duels” in which your ally character will not actually attack anything, and will be ignored by the enemies who happily beat you to a pulp without fear of reprisal. Those are the best ones. 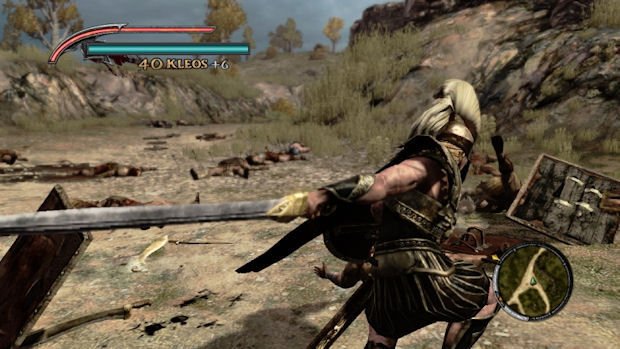 The game tries to prove its Western cred by tossing in a number of escort missions and quick-time-event sequences. You’ll be escorting characters and objects that take massive amounts of damage, do nothing to defend themselves, and often willingly run into a throng of enemies to get decimated. As for the QTEs, they’re about as elegant as you’d expect — in that they’re not. They ambush the player, they go on for far too long, and the button-mashing prompts seem to fail arbitrarily. Not to mention, they’re just lazy, it doesn’t feel like they compliment the action, and they feel thrown in just because God of War did them.

Even the visual presentation is a failure. The game is probably one of the best looking Warriors titles in terms of sheer graphical power, with ragdoll physics and something approaching current-gen visual effects tossed into the mix, but the artistic design — the important thing — is lacking. Both Trojans and Greeks are hard to tell apart, and the main characters are nearly all bearded, brooding, musclebound meatheads with no likable traits. The music is nothing but a forgettable selection of entry-level orchestral vapidity. The hair metal soundtrack that has been part of the Warriors series for years is nowhere to be found.

Warriors: Legends of Troy is what happens when you take Dynasty Warriors and suck all the energy and life out of it. It’s an empty shell of a game, dour and truculent. The bare skeleton of the game is there, but it’s a shambling zombie, slow and boring and utterly lacking in personality. 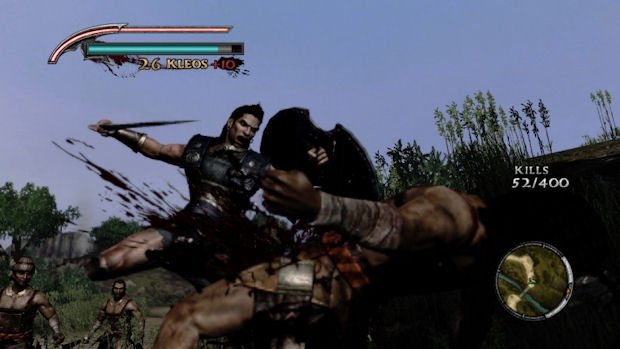 The very fact that Koei thinks this is what Western games are about — being depressing and listless — is borderline offensive, and not a little embarrassing. Troy could have been a fine game, but no amount of blood splatters hitting the game camera can mask was a soulless little game this turned out to be.

Warriors of Troy just about delivers some simple button mashing action without too much fuss, but hack n’ slash fans would do best to wait for Dynasty Warriors 7. That game sports more character in a single trailer than this does in the entire experience.