Last year, Senran Kagura producer Kenichiro Takaki pledged to continue making games with tenderness and his unchanging love for boobs. After spending several hours with Valkyrie Drive: Bhikkhuni, I can say he kept his word because the boobs here are fantastic.

Maybe next year he can pledge to make a game with a decent story. 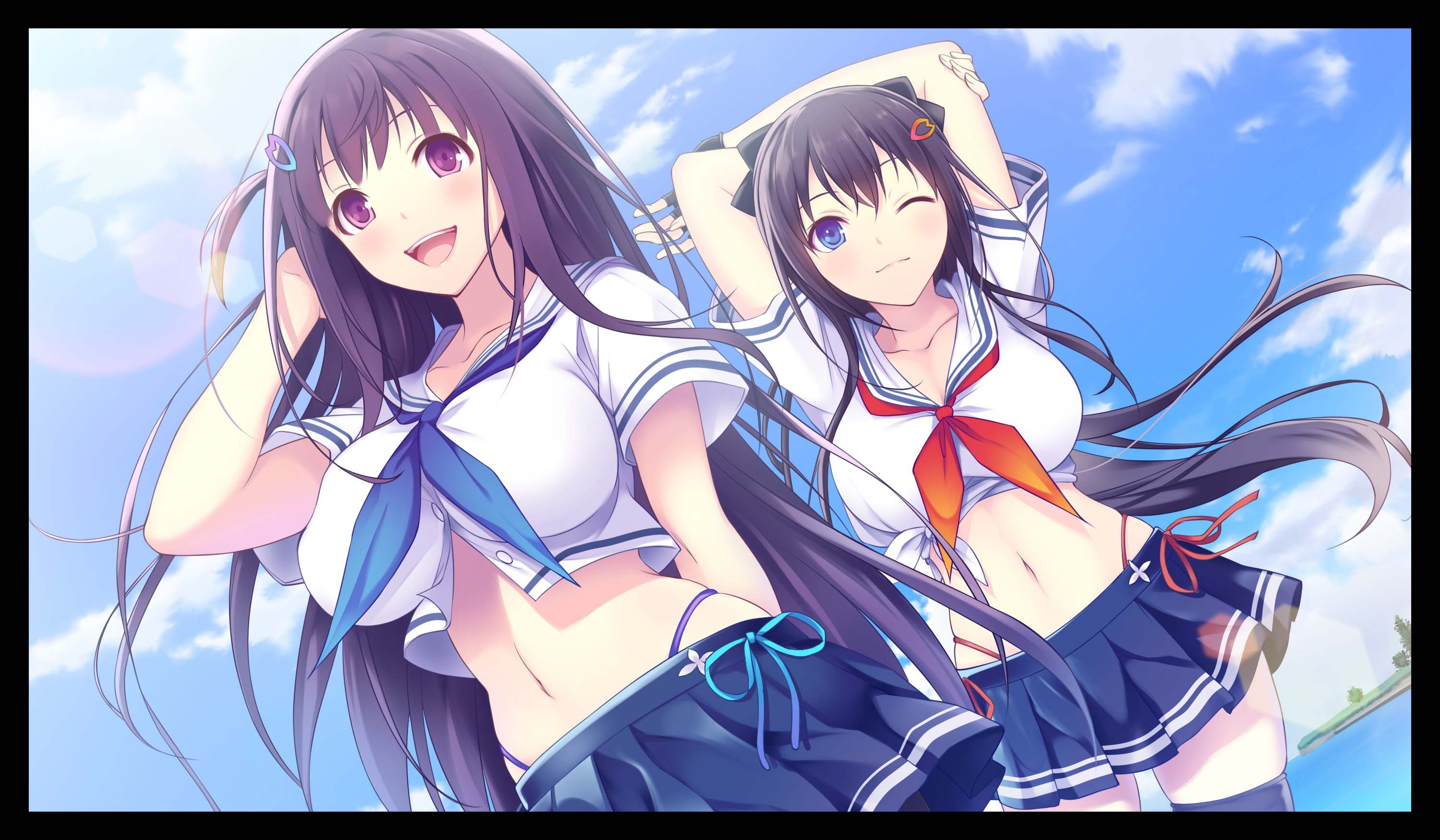 Valkyrie Drive: Bhikkhuni is for Senran Kagura fans who feel that series has become a bit too prudish. With its big bouncy breasts, skimpy outfits, and throngs of thongs, Marvelous has thrown subtlety out the door in exchange for in-your-face sexuality. These big, busty brawlers are ready to strip down, grab each other by the breasts, and beat down some serious ass. With seven playable characters, I found it was a mostly good mix of combatants. There isn’t much variety like that other series, but they are well put together.

Except for Mana and her bow and arrow. She sucks.

Like Senran Kagura, the combat in Valkyrie Drive is easy to pick up and extremely fun to master. With just three buttons you can unleash a variety of combos, juggle enemies, and lay waste to anything that stands in your way. The circle button can send foes flying. You can give chase with a combo, smash them into the ground, or hit them higher and higher with perfectly timed presses of the circle button. The X button is jump, but if you hold it down you can charge up a dash that will quickly send your character directly at whichever enemy they’re locked onto.

Bhikkhuni‘s combat is pretty flawless, but I would be lying if I said I didn’t just mash buttons from time to time. Mostly during the dull, damage-sponge boss battles. The only real issue I had in battles was with the dodge button. Dodges don’t activate right away but after whatever combo you’re already in. I can understand why that decision was made, but I was still able to find ways to avoid injury by using both dodges and well-timed dashes.

The big draw of combat is “Drive.” Most battles have you paired up with a partner (who doesn’t participate in battle), and when you’ve done enough damage, you can activate Drive. This will trigger a cutscene where the girls “interact” with one another, and your partner will transform into a stronger version of your weapon. As you level the girls up, you’ll be able to activate higher levels of Drive, leading to more titillating transformations.

There’s a lot of titillation to be found here. The girls look amazing, in and out of their clothes, and you’re encouraged to try on as many skimpy outfits as possible. A lot of the underwear crosses the line from sexy into trashy, but the variety is so huge I’m sure anyone throwing these girls into the dressing room will be able to find something they like. I know I did! The girls aren’t the only eye candy as the game is overall really outstanding visually. The framerate does tend to dip when either there are many enemies on the screen or when I was facing particularly large bosses. The dips were never bad enough to hurt the gameplay, but noticeable nonetheless. 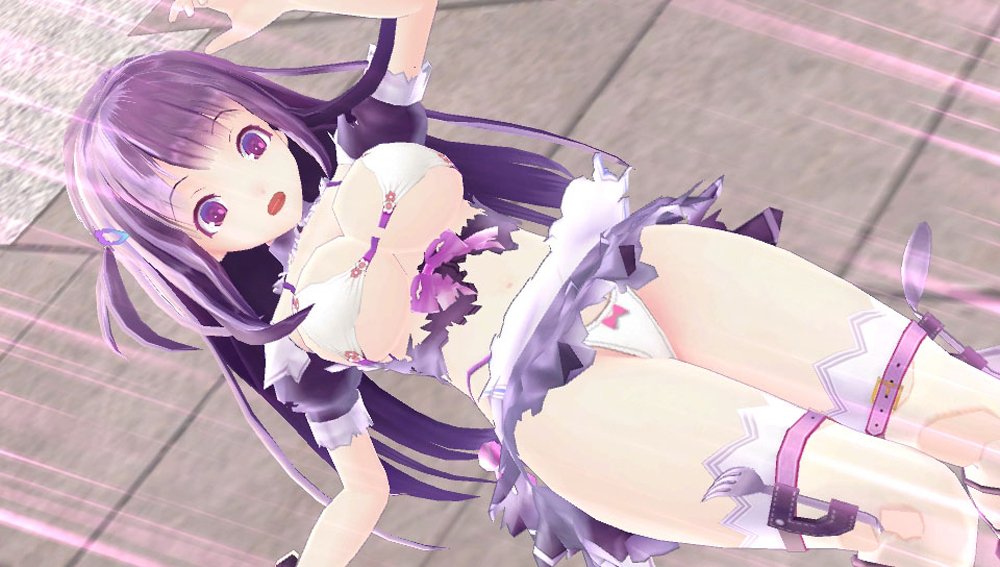 If the framerate dips and the boring boss battles were the only issues, this would be easy to recommend. But in-between all of the fighting is an abundance of poor dialog, undercooked characterization, and pointless plot. For a game with giant-breasted women making out and turning into weapons, it sure does take itself seriously.

Bhikkhuni is the name of the island where the game takes place. It’s where they send girls infected with the VR virus, one of three viruses mentioned in the game though the other two don’t really matter. The VR virus is what gives the girls their ability to transform into swords, gloves, and spears, and the only cure to the virus is to have the girls fight one another. There’s also a school the girls attended, a village for stronger characters, deities, and much more.

There’s simply too much going on. Not to the point where it’s hard to follow, because it’s not, but it got to where I stopped caring about any of the girls. The conversations between them are drawn-out and entirely uninteresting. None of the girls have an ounce of originality to their personalities, which could be forgiven if they once had a memorable conversation. 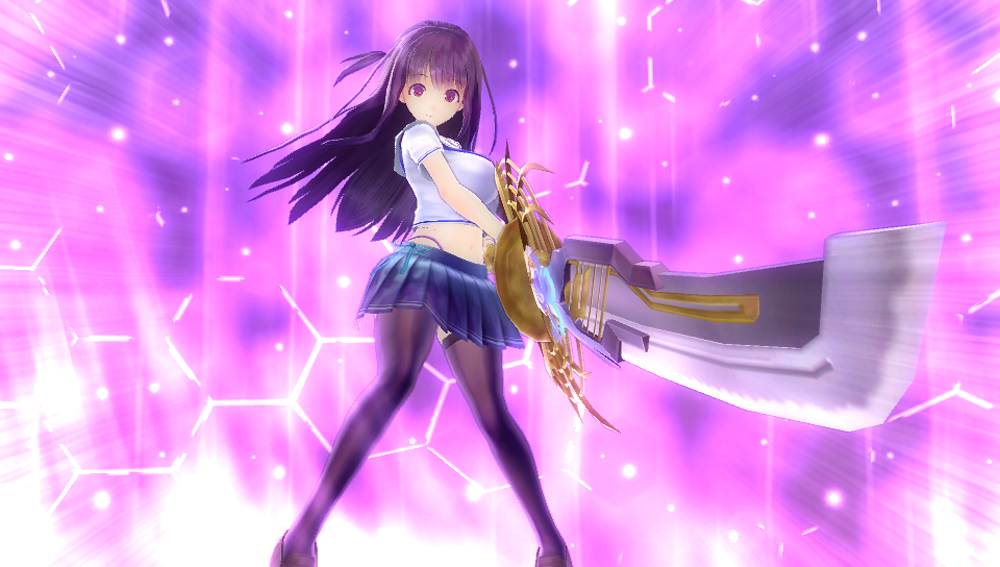 Issues with the story do bleed over into the action. Because the plot is set up where the girls have to fight each other to cure their VR virus, and because the cast is so small, so much of the story is spent repeatedly fighting the same girls. These battles are enjoyable but tend to blend into one another as the story progresses along.

Valkyrie Drive: Bhikkhuni reminds me a lot of Senran Kagura Burst in that it feels like a rough draft of greater things to come. The combat is there, and the game looks amazing, but with an overabundance of uninteresting plot and a lack of original or compelling personalities, I found myself skipping over more of the game than I should have in order to keep myself entertained.