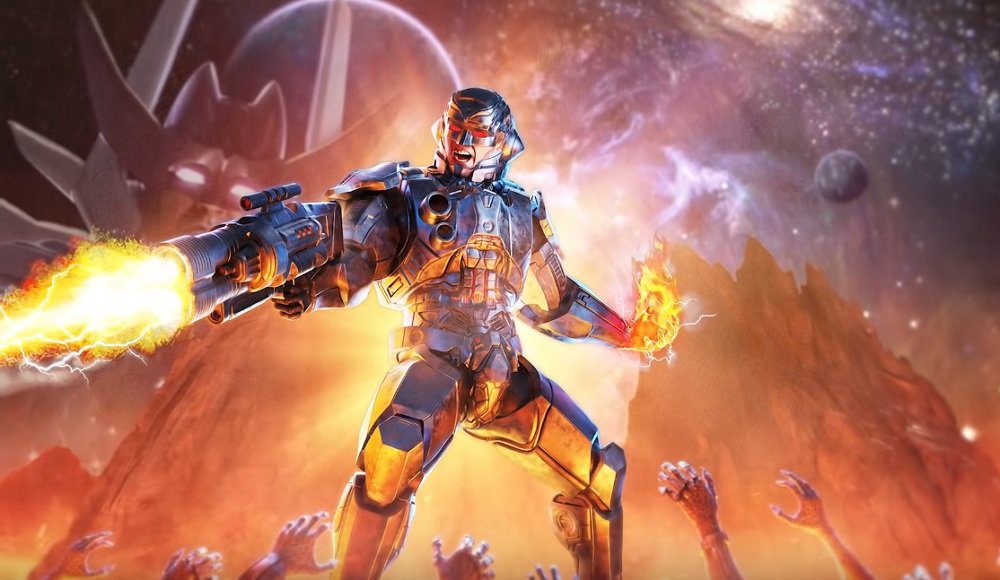 Rage Against The Machine

Debuting during the golden age of home computing, Turrican shook up the action gaming genre with a string of explosively popular releases that, whilst somewhat different in and of themselves, are all typified by their dynamic combat, ruthless difficulty, awesome soundtracks, and eye for exploration.

Initially developed for the Commodore 64 in the late 1980s by German coder Manfred Trenz, Turrican would make a name for itself thanks to Factor 5’s stunning Amiga port, bagging a bevy of media plaudits and awards while simultaneously blowing players away with its huge host of technical achievements. 1991 sequel Turrican II: The Final Fight would only serve to further establish the brand as one of the premier shooters, thanks in no small part to composer Chris Huelsbeck’s legitimately industry-changing score.

And now, some 30 years since release, ININ Games has compiled Turrican and Turrican II – as well two of its console-based pseudo-sequels – to create Turrican Flashback. This new compendium will offer fans and newcomers the opportunity to experience this iconic franchise, with every weapon, every power-up, every boss, every secret, and every joystick-snapping death exploding onto modern platforms.

To paraphrase a classic: Welcome Back to Turrican. 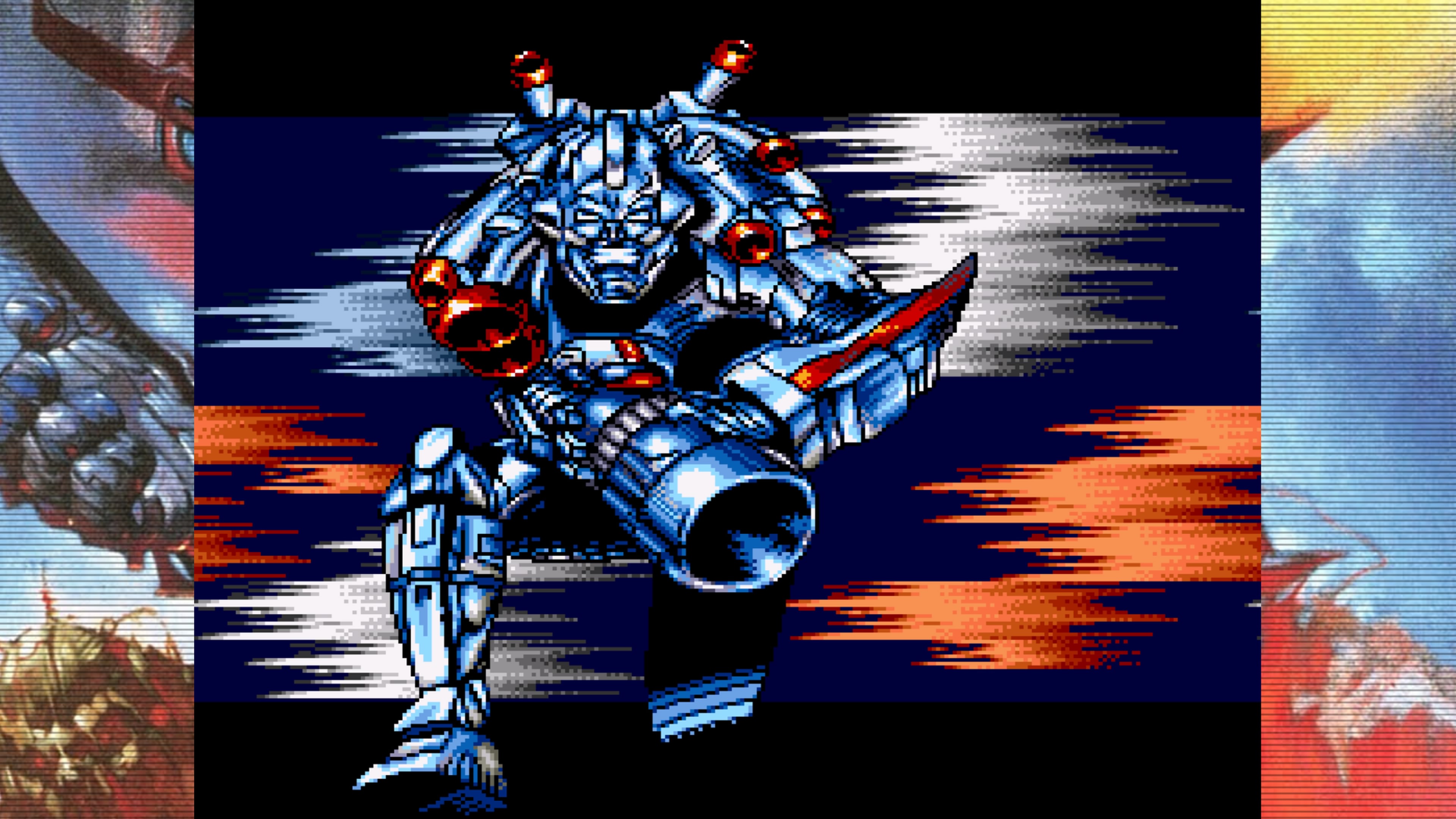 It all began with Turrican (1990). At launch considered one of the finest action titles ever made, Turrican tasks a cyber-soldier with clearing out the intergalactic colony of Alterra, laid waste by a rampant A.I. known as MORGUL. Turrican is an epic sci-fi adventure that sees our hero battling wave upon wave of Alterrian bots, attaining massive firepower from hidden weapon caches and utilizing a variety of special abilities (such as a Metroid-style “morph ball”) to pick their way through each of the game’s large, non-linear stages.

Rather than run ‘n’ gun in typical left-to-right fashion ala Contra, Turrican takes a more open-ended approach, rewarding players who take the time to traverse its verticality en route to memorable boss encounters. It was this exploratory nature that stood Turrican out from its contemporaries – widely welcomed by the “home drawn map” crowd. It can’t be denied that some three decades later Turrican’s control is a tad unwieldy – particularly its unfriendly jump mechanics – but its audio/visual elements remain as cool today as they ever were, while the team’s underlying ambition remains readily apparent.

Turrican II: The Final Fight (1991) is perhaps the most widely experienced title in the entire series. With good cause. Factor 5’s tale of revenge against intergalactic terror “The Machine” trims the fat from the original Turrican, keeping the same chaotic and challenging gameplay while tweaking mechanics, streamlining weapon systems, and being a little more creative with its enemy design. These changes helped to create an instant classic that spawned myriad imitators. Today, Turrican II still feels epic, a truly influential action game that should be experienced by anybody with interest in our humble hobby.

Leading Turrican Flashback’s two console entries is Sega Mega Drive release Mega Turrican/Turrican 3 (1993). This anomaly sees the series redesigned for console players, perhaps more attuned to arcade experiences. Of all sequels, Mega Turrican is the most “accessible”, with a linear approach to level design and more typical platform-shooter action. Mega Turrican’s highlight lies in its smart use of the Mega Drive’s capabilities – packing each stage with special effects rarely seen on Sega’s 16-bit platform. Though Mega Turrican takes the biggest divergence from the series’ norm, it boasts a gameplay style more comfortable to modern players, increasing the pace to keep the action fast ‘n’ furious.

The final entry is SNES release Super Turrican (1993) which sees the franchise look for a sweet spot between the unrestricted scope of the Amiga classics and the more linear arcade action of the Sega Mega Drive effort. This hybrid style works very well for the most part, with a return to the earlier titles’ sense of exploration, while keeping the bombastic action of Mega Turrican. The latter’s grappling hook mechanic has now been abandoned in favor of an equally blah ice beam, but the great visuals, superb soundtrack and knuckle-cracking challenge remain. 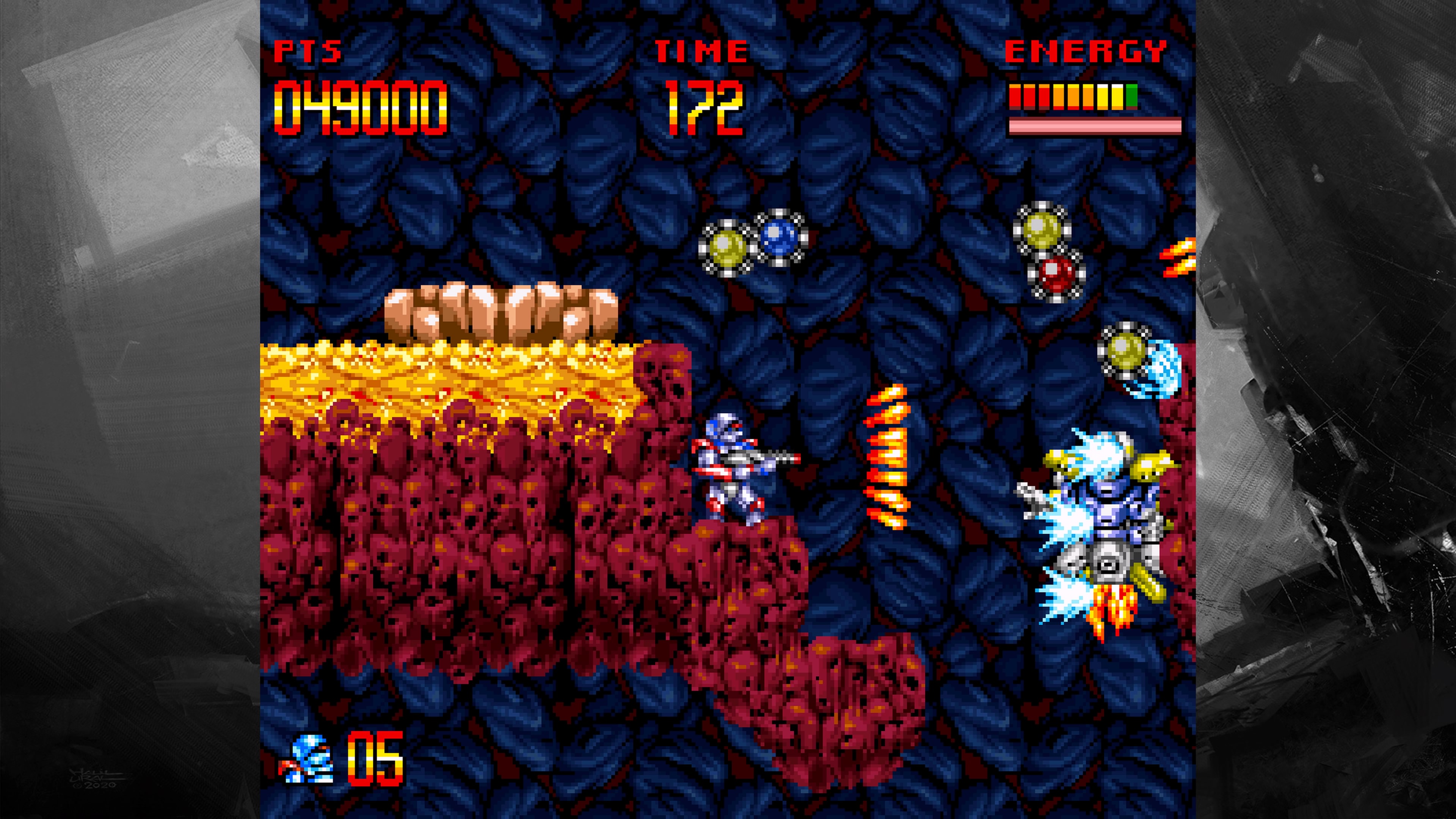 With each title being a digital kick in the cajones, Turrican Flashback evens the odds a little with the addition of new save states for each title. Also available is a “Rewind” function, allowing players to take a few steps backwards at the mere tap of a button to correct misjudged jumps and misplaced shots. The original cheat codes for each title are also in full effect, offering infinite health, ammo and other helping hands, though usage of any of the above precludes you from those all-important Trophies. These are neat quality-of-life additions, even if removing Turrican’s challenge essentially negates a series trademark. 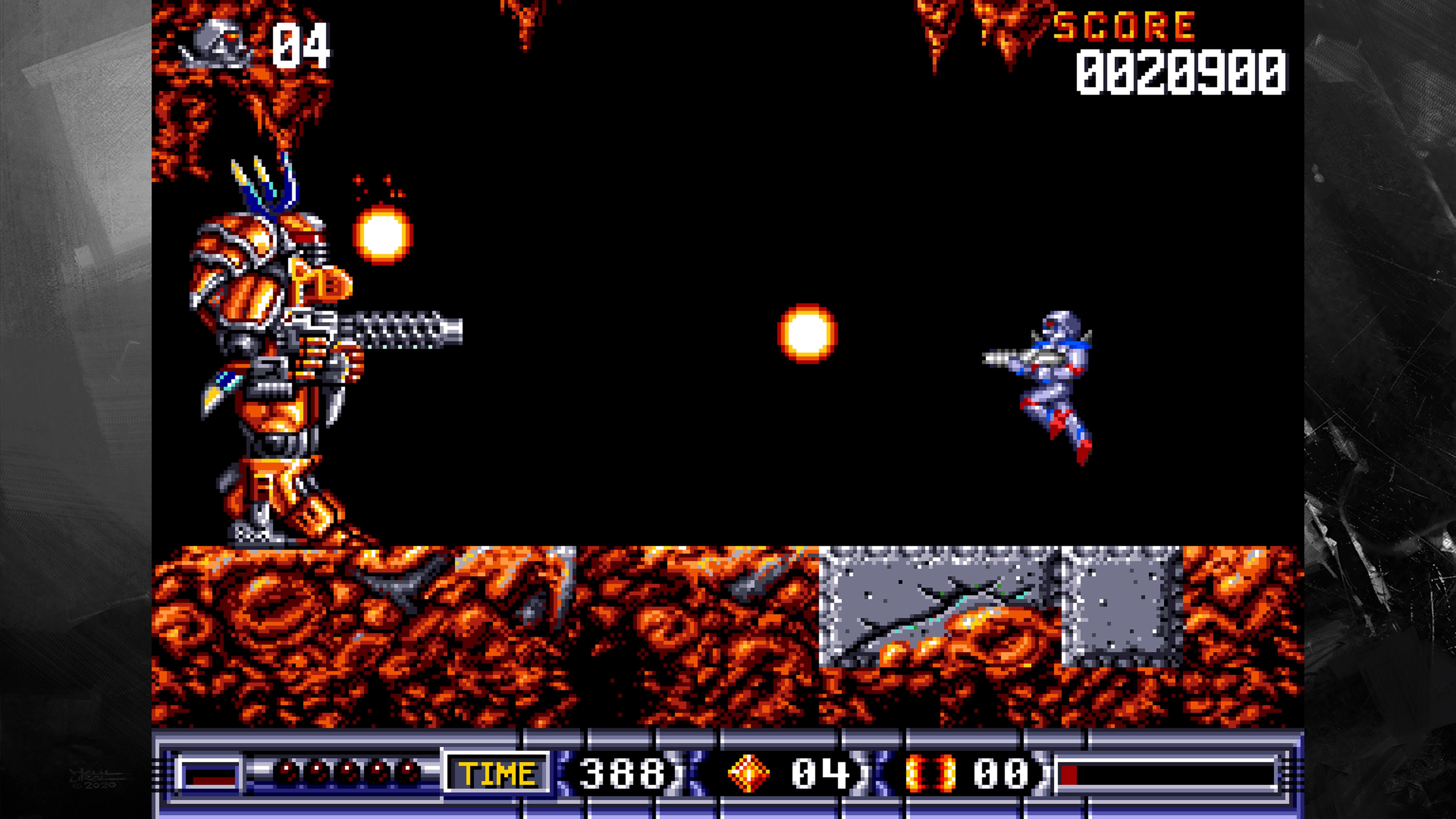 Unfortunately, however, that’s your lot. While Turrican Flashback feels like a solid ground layer for a true celebratory release, ININ Games’ compendium is almost entirely bare-bones, featuring four games under a very naked presentation style for a steep $30. While Turrican Flashback is no doubt a well-meant retrospective of a golden franchise, (there’s no debate the games themselves play very well), the compilation as a whole has the feel of a slightly polished but expensive emulator.

There are no new modes on offer – no time-attack, boss rush, or challenges. There are no remixed soundtracks or stages. There’s no sprite viewer, developer interviews, or any form of multimedia gallery whatsoever. The most baffling omission: there’s no external music player. Add the frustration that missing titles – such as the “Director’s Cuts” and 1995 SNES sequel Super Turrican 2 – are being held in reserve for a possible second compilation, and it’s ultimately a disappointment ININ Games hasn’t gone all-out to ensure Turrican Flashback is the tribute the brand deserves.

As dynamic and challenging today as they ever were, Turrican Flashback offers an authentic compilation of games from this classic series, without a single dud among them. Unfortunately, wafer-thin presentation, missing titles, and a complete lack of side-features (in addition to a subjectively high price-tag) let down what could have – should have – been an encapsulating tribute to one of history’s most influential and beloved shooter franchises.