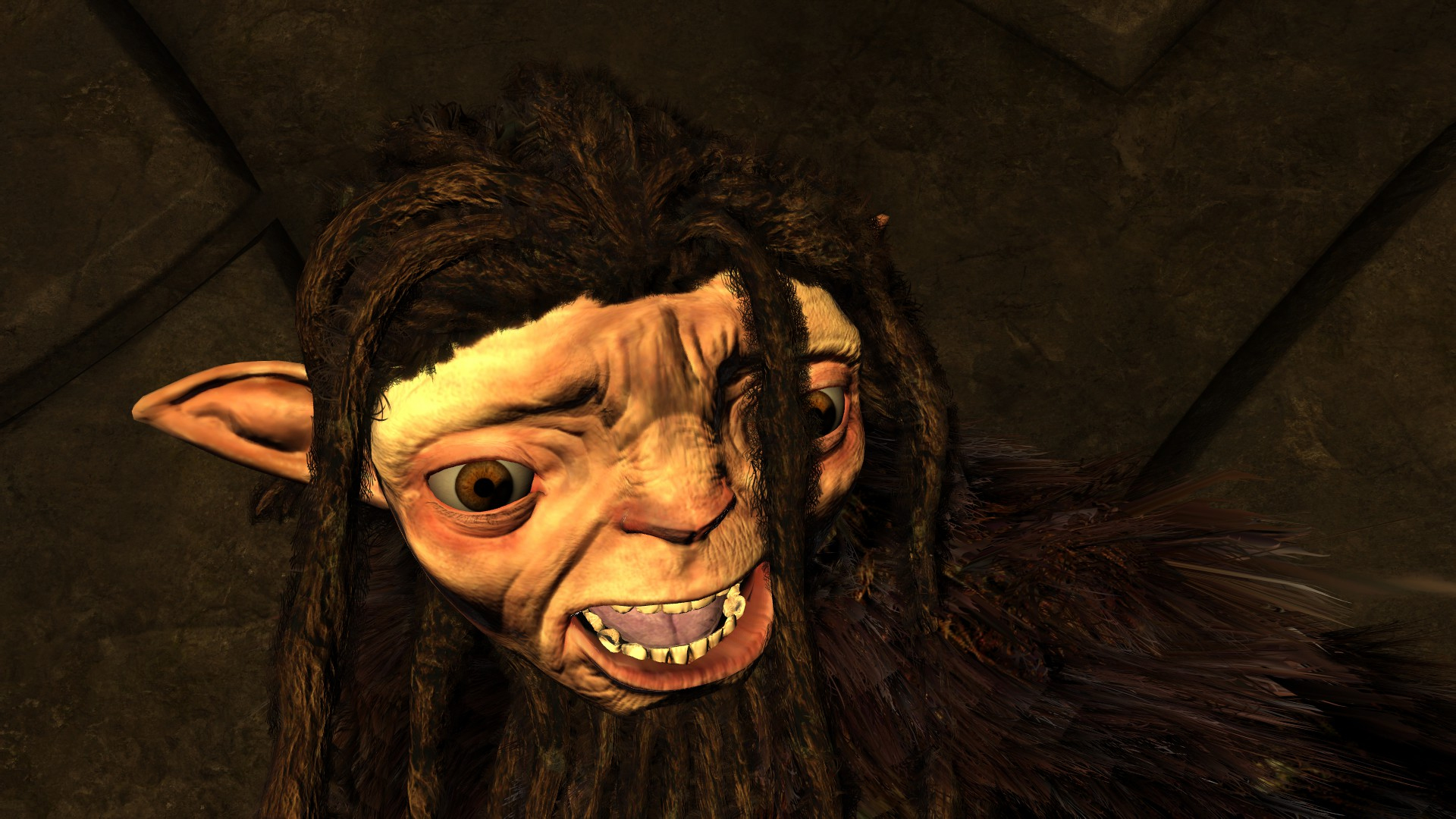 This game broke me

Remember that one episode of Doug when Mr. Dink invented a drop of liquid that made his tongue immune to the terrible taste of things like sardines?

I need the video game equivalent of that. 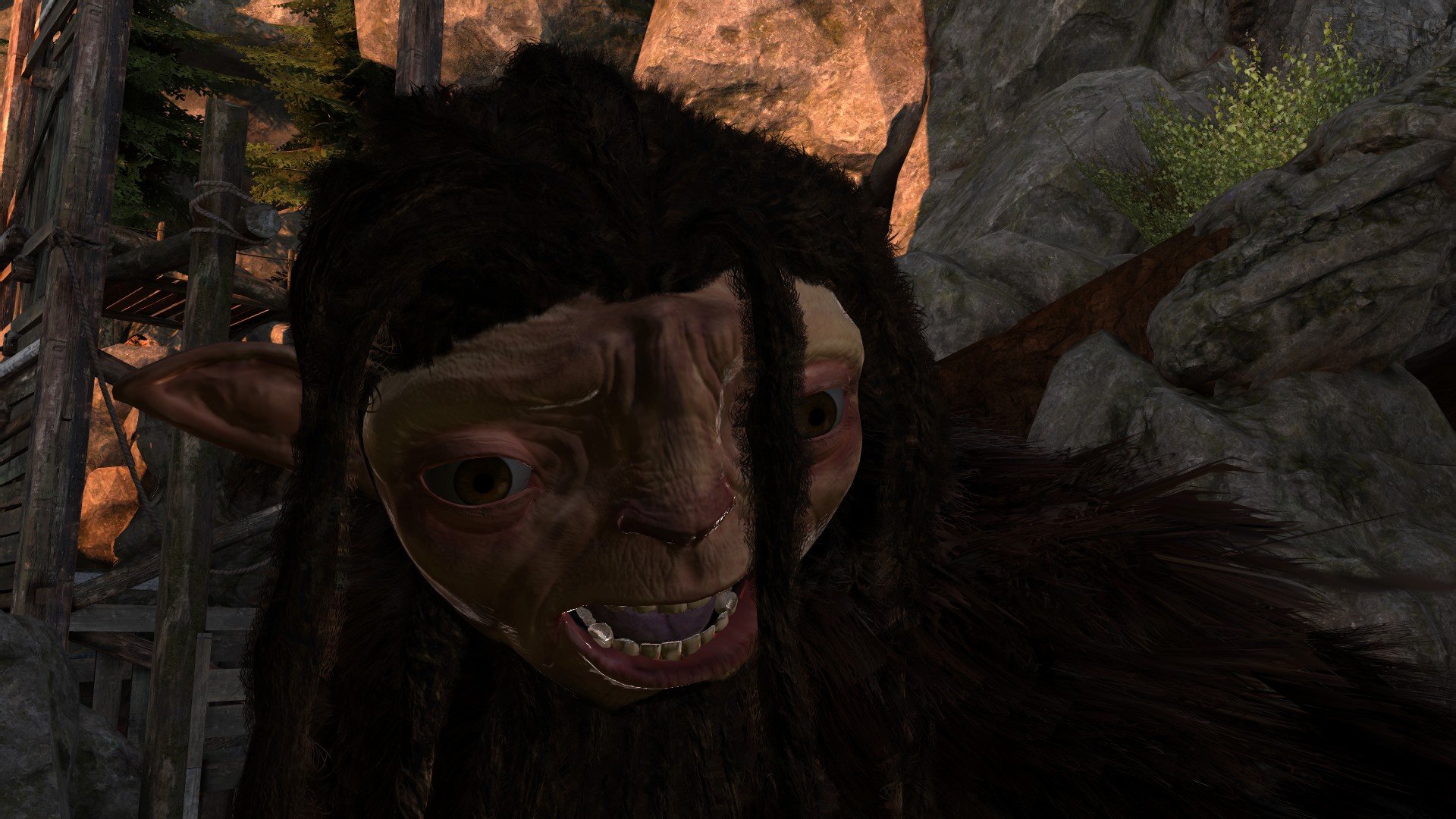 Oh boy, where do I even begin? Perhaps with the fact that I couldn’t even begin the story for a few days. The first objective I got was to cut down a branch to fashion a spear. So I walk up to the glowing-white tree with spear-shaped branches and swipe at it. Nothing. I try some of the other glowing-white trees. Still nothing. Turns out, there was a bug that prevented the button prompt from popping up. Because why use actual gameplay mechanics when you can cue a mini-cutscene that isn’t edited well and is overall quite jarring instead.

So anyway, I then proceeded to use animal droppings to follow tracks and hunt. Little did I know that shit was the core motif of Troll and I.

The plot is barely there, but still shit. After hunting, Otto, the main character, returns to his village and finds it on fire. He sees his mom, but a burning tree falls between them and she tells him to save himself and run away. So he does, which then becomes an auto-running sequence in which Otto hurdles over and slides under about a dozen burning trees. Sorry, mom, it was too dangerous.

The controls are shit. Not just in that specific sequence, but always. Eventually, Otto meets up with the titular troll who Otto assumes is bad but hey look at that he’s actually good. Players can then swap between them whenever. Otto can swipe with his dagger or throw any spears that he’s crafted. He can also dodge in combat, but only when the enemy’s weapon is glowing. Combat is brain-dead and meaningless. I ended up avoiding 90 percent of the confrontations because sure, why not? There are upgrades but they’re all boring and no one cares.

The troll can kill things in one hit by stepping on them, so I’m not sure why I would ever use Otto. Maybe for the enemies that are invincible to the one-hit stomp attack (because they roll out of the way every time), but again, it’s much easier to simply keep moving.

There’s a climbing mechanic, and guess what, it’s shit. To scale a cliff, just look for the unnatural-looking ledges that you can climb up! If they’re tiny ledges, Otto can climb them. If it’s large, are you paying attention? Then the troll can climb them. Climbing is simply holding up, and maybe a sideways direction if you need to shimmy over a bit. Again, it’s a mechanic that simply wastes the player’s time.

The game’s entire design is shit. It’s as if someone read a book in a foreign language they didn’t completely understand titled “How to Make a Mediocre Game” and was too embarrassed to admit they understood every fifteenth word only. It’s as if they googled “modern video game stuff” and made a word cloud of the results and used that as the design doc for their son’s first video game for his middle school game design class. 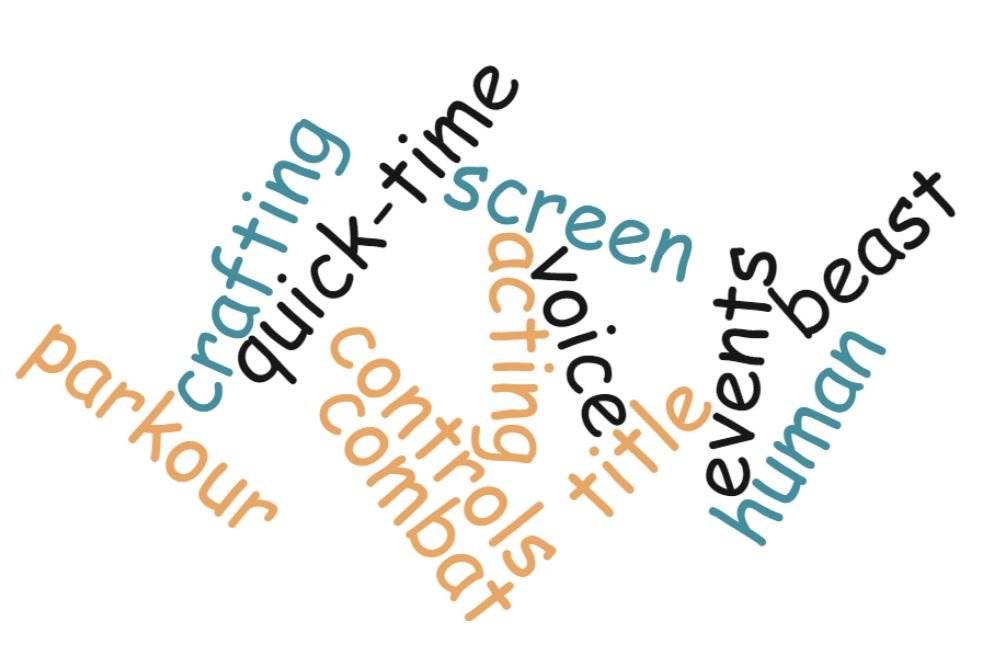 The voice acting is actually pretty go–okay you got me, it’s shit. Otto is the only real character with lines, and oh boy. Otto’s voice actor has clearly never heard of emotion, inflection, or cadence. Just follow my lead and turn the master volume slider all the way down and put on some music while you wallow in sorrow.

The game looks like, say it with me, shit. Even though these aren’t stock assets, everything has that look to it. Lighting is basic and often single-sourced, making the models and textures look even worse than they should (they already look terrible). Everything is rocks and grass. I get that the troll is ugly, but Jesus Christ. I’ve never before wanted a “Master Visuals” slider so I could turn it all the way down.

It’s possible to play this game cooperatively, but I don’t hate anyone enough to actually test it out. In fact, my girlfriend watched me play for approximately ten minutes before breaking up with me. Okay, that didn’t happen, but I’m sure she thought of it after seeing the self-harm I was inflicting upon myself by playing Troll and I. Regardless, most of the time only one character can do something; Otto may have to crawl through a tiny place and push a rock or the troll has to move something heavy. It’s not really a “cooperative” experience, more of a “watch the other person do stuff for a bit before it’s your turn” deal.

This game is fifty dollars.

Do not, under any circumstances, play Troll and I. Don’t buy it on sale. Don’t pirate it. Don’t rent it from your local A-Z Video. Just. Say. No. The only benefit Troll and I may bring to the world is when your favorite YouTuber plays through it and provides you with many funny moments as they struggle.