Coming away from Trillion: God of Destruction, it’s hard not to get the unshakeable feeling that you just had an experience unlike anything you’ve had before. In an era of sequels, spin-offs, spiritual successors and games that are inspired by other, more popular games; finding a game that is wholly its own is a rarity and something that should be treasured. That is, if the game is good.

After spending 20+ hours with Trillion, I’m ready to run back to the world of safe sequels, spin-offs, spiritual successors and games inspired by other games. 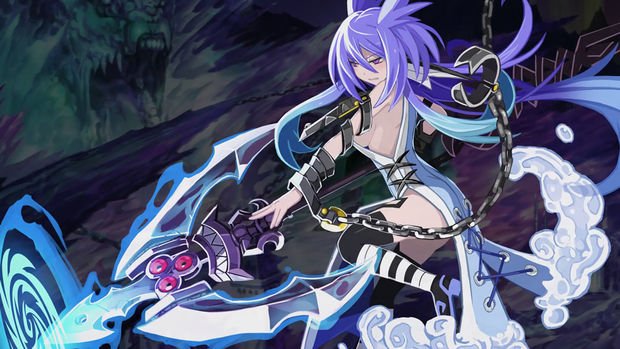 Trillion: God of Destruction takes place in the Underworld, and given that one of the female characters of the game really wants to have sex with her cousin, I’m going to go ahead and guess this takes place in the Underworld’s south. It’s here the descendants of the Fallen Ones who dared to challenge God many years ago find their existence threatened by titular Trillion. The beast is nigh unstoppable, easily laying waste to the Great Overlord Zeabolos’  army with its miasma, which I firmly believe was the word-of-the-day on the calendar when translation of this game began because good God do they love to use that term.

When the Overlord himself challenges the beast, he too is easily killed. Before he can be eaten, the Great Overlord is brought back to life by a mysterious girl named Faust who makes a deal with him: I will help you defeat the beast in exchange for your soul. It’s shocking right. The idea a character named Faust would make a Faustian Deal. Who saw that one coming?

As Zeabolos is too weak to take on Trillion himself, that responsibility falls to the other Overlords. Each of these girls is modeled after one of the deadly sins and their personalities match their assigned sin perfectly. Perpel eats like a glutton, Fegor is a complete sloth of a demon and the lustful Ashmedia is ready to bang just about everyone in the cast, familial relations be damned.

In order to defeat the beast, Faust crafts a single ring that will give the girls great power, and one by one you must select which girl to train and send off into battle. As the girls train, you learn more about them and this is easily the best part of the game. The character development for all of the Overlords is outstanding. Little by little, I really connected and started to feel for them as they confessed their worries and desires; while the structure of each character’s story arc is roughly the same, it’s the bits of individuality that really made me want to take in each and every word of the story, to savor each syllable like a fine bottle of red from Chateau Ducru-Beaucaillou. The richness of the story is only strengthened by the voice acting.

You have the option of the original Japanese voice track but I found the English one perfectly suitable. The actor portraying Zeabolos really commands his role even though much of his dialog and soliloquies can best be described as Shakespearean fan-fiction. Ashmedia walks a fine line between sensual and comical with her work, producing a voice so sexual it could make a deaf man cum. Because this is a Japanese video game, there are the stereotypical voices you’ve come to expect with games from the region, including Projecty, the annoyingly high-pitched television set, and Elma, a girl who speaks in such hushed tones you’d think her teeth had fallen asleep and she’s doing her best not to wake them. With all this wonderful voice work, it’s a shame the game’s audio isn’t up to snuff.

There are many lines delivered throughout the game that are barely audible. The levels jarringly drop and rise between sentences and there is more than one occasion where the character would stop speaking, but the text would keep going. Couple this with a few typos I spotted and moments where characters are referred to by the wrong name, and I couldn’t help but think this could have used another edit. There is a day-one update that is supposed to fix issues with the text, but it’s unclear if these issues will be addressed. Given the sheer amount of text in the game, I could look past it and still verily enjoy the story.

What I couldn’t look past is the ceaselessly dull game play which consists of a series of menus and poor rogue-like action. When you select a girl to give the ring to, you have a certain amount of days and cycles (or weeks as we call them) to get her ready for battle. Building up your character requires nothing more than selecting options from a menu. Training, giving gifts, interacting… it’s all just menus. Success isn’t determined by skill, but by chance and your character’s fatigue. How do you fix the fatigue? You select sleep, another option from the menu. Day after in-game day, it’s just menus. Three cycles of this repetition and Trillion started to feel less like a video game and more like a spreadsheet I had to keep updating. 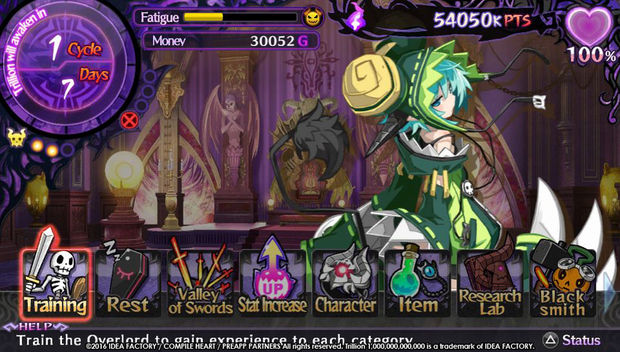 Outside of this monotonous microcosm of menus are battles with Trillion, practicing for those battles and mini dungeons called The Valley of Swords. Battles with Trillion are always the same no matter which character you’re playing as. These contests take place on the same rectangular grid with you at one end and it at the other. For every move you make, the enemy makes a move as well. The name of the game here is don’t get hit. As Trillion’s attacks do massive damage, one hit will at the worst kill you instantly or at best just drain you of all of your affection points. Affection points, which are gained each day, are a massive pool where your hit points and magic points both take from. Once that pool is drained, you’ll be down to your standard HP and MP which will run out quickly.

Of course avoiding damage is fairly easy to do as all of Trillion’s attacks are telegraphed well in advance. With your practice battles against Mokujin, you’ll quickly learn the different types of attacks Trillion uses. There is a lot of preparation for your bouts with the God of Destruction, none of which are any fun. Once I figured out a strategy that was successful, I just used it over and over again as I slowly chipped away at its trillion hit points. My battles with the beast quickly became as automatic and lifeless as the menus I had used to train up my Overlord.

These battles end one of four ways: you’re defeated, Trillion reaches the other side of the grid, you defeat its current form, or you retreat. After each battle with the God of Destruction, it eats its way through the Underworld before going to sleep for a certain number of days and cycles. If you retreat or defeat one of its forms, your character lives to fight and train another day at the expense of basically all of your affection points. When you do lose, and it is a matter of when and not if as this creature is strong and your characters are weak, you’ll unleash one last attack designed to help the next Overlord selected to stop Trillion. Then your character is eaten and the ring and much of their XP is transferred to the next Overlord where you’ll the same, mundane process over again. 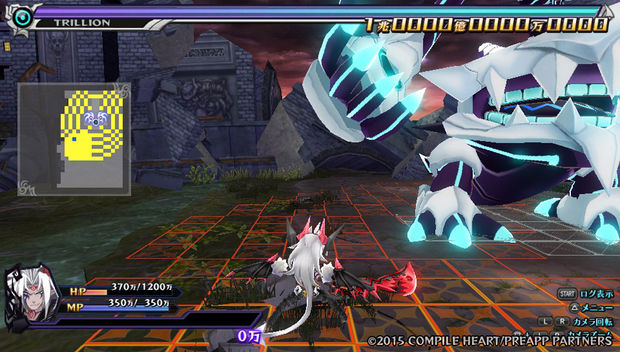 For as blasé as I was towards the Trillion fights, The Valley of Swords segments of the game somehow fared worse. These randomized rogue-like dungeons that have approximately one floor and a limited number of available steps to defeat enemies, open chests and reach the exit. Each laborious trip to the valley blends in with the previous one as the aesthetics never change, and the randomization of the dungeon is so poorly done that you’ll often start out right next to the exit or find chests that block enemy progression.

If you take the time to actually listen to the story, a single play through of the game will take you well over two dozen hours and there is a New Game+ that you’ll need to endure if you want to unlock character specific endings. Given how tedious a single play through was, there is no way in hell I’m going to go back, excellent story or not.

Trillion: God of Destruction isn’t a game, it’s a job and not a very good one. This isn’t something that should be played at home but instead in a cubical, on a desk surrounded by unsigned TPS reports while Becky from accounting reminds you to sign Bill’s birthday card before he goes home for the day. And while the company you work for may be interesting, the work you do is so mind-numbingly banal you can’t help but wonder if your skills could be put to better use somewhere else.