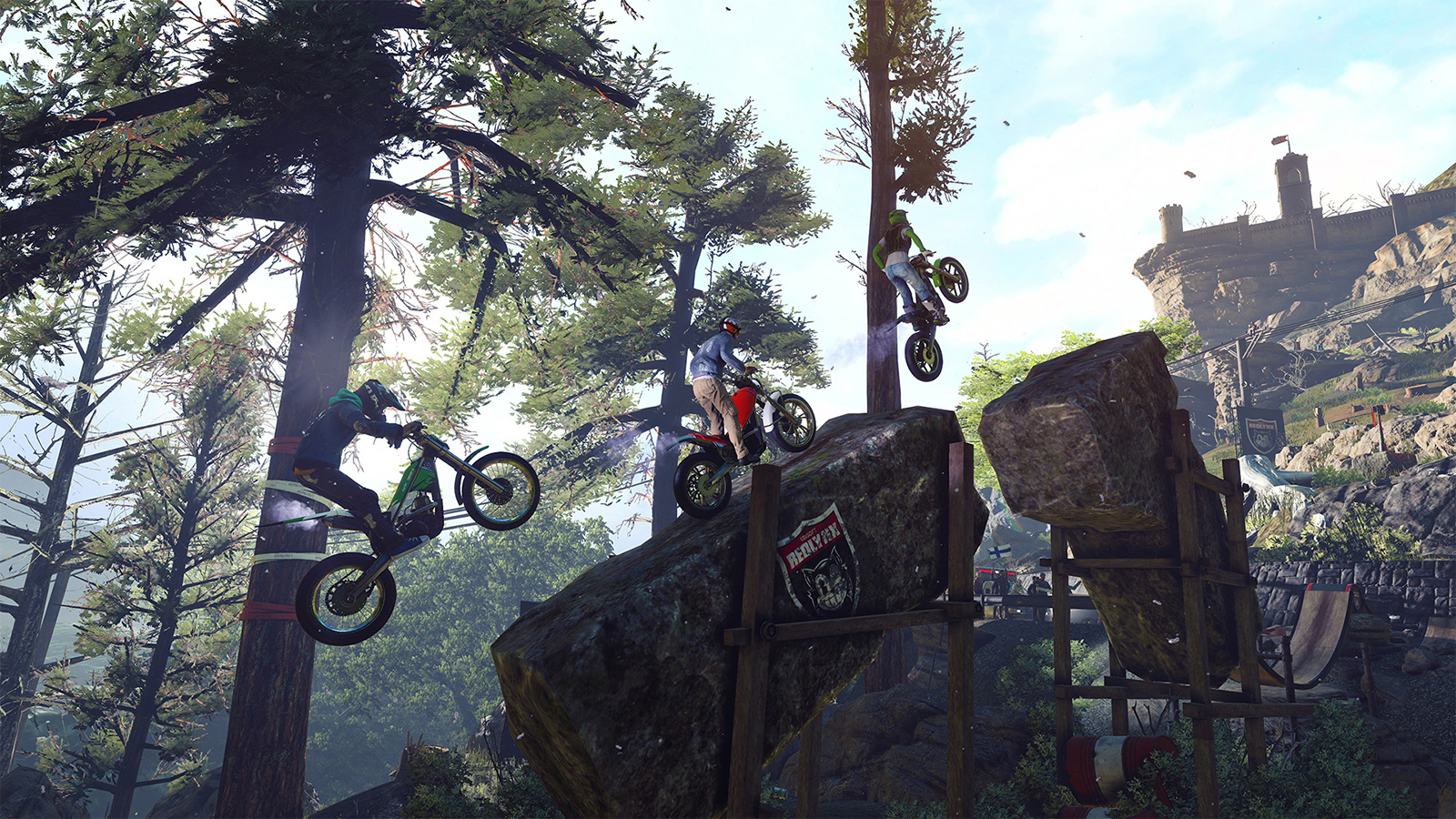 After nearly a decade of high-flying bike antics, I haven’t grown tired of Trials. I doubt I ever will. The series’ nuanced platforming has proven to be eternally satisfying, and RedLynx hasn’t let up on the creative, unconventional course designs either. As long as those two elements are sound, I’m in.

2014’s Trials Fusion and 2016’s Trials of the Blood Dragon, the two most recent games, fell below expectations for most fans. Fusion had an uninspired futuristic theme and ill-advised emphasis on tricks. I was willing to cut it a lot of slack back then, but time hasn’t been particularly kind. Trials of the Blood Dragon leaned even harder into strange gimmicks. It never should’ve used the Trials name.

2019 is looking up for fans of Trials HD and Trials Evolution. This year’s installment, Trials Rising, is a return to form. That’s not to say every single aspect or design choice is flawless, but with stellar bike handling, a more grounded aesthetic, and well-thought-out tutorials, this should be a crowd-pleaser.

I’m relieved to report that there aren’t any wild new features or concepts in Trials Rising. If you’re a returning player, you’ll be able to fall right back in without missing a beat. If you’re a newcomer, you’ll have the best odds yet at quickly picking up the game’s simple but deceptively layered controls.

Ubisoft is really looking to expand the fan base with Trials Rising. One of the bigger additions is the University of Trials, a series of narrated videos and accompanying levels custom-built to teach (or just reinforce) specific techniques. I can’t overstate their usefulness. Each tutorial is set up like a gauntlet that gradually grows more demanding at each checkpoint. You can brute force your way to a middling grade, but to earn top honors, you’ll need to master Trials‘ physics system and precise input timings.

University levels open up throughout Trials Rising, so they aren’t front-loaded. And like all the best tutorials, they’re entertaining in their own right. Once you grasp the fundamentals of acceleration and leaning, so much of the Trials experience comes down to obstacle recognition and muscle memory. If you’ve never fully understood how to bunny hop, this might be the game to break that cycle. These distraction-free courses are a good way to warm up before facing the leaderboards at large.

One of my other favorite inclusions is the Tandem bike, which lets two players use two separate gamepads to ride as co-pilots. Even when you’re on a familiar level that you’ve gone through dozens of times before, it’s a totally different experience in local co-op. The bike has its own distinct weight and feel, to say nothing of the inherent chaos that arises when out-of-sync minds attempt to work in harmony. I figured this would be little more than a distraction, but it’s genuinely fun to team up.

RedLynx has always faced a tricky balance when it comes to meeting the needs of hardcore and novice players. A game like Trials encompasses a wide range of skill sets, and the developers need to nurture the whole spectrum if they want to continue growing their audience year after year. This time, there’s more of a reason to replay tracks beyond the basic human desire to trash a rival on the leaderboard.

In short, you can’t just get gold medals and fly right on through to the next set of stages, one after another, until they’re all open. The XP-based progression system is far more drawn out than that, and for accomplished players, it’ll take some adjustment. Trials Rising begins with a bare world map that slowly fills in with new tracks, mini-games, and advanced tutorials as you level up your rider.

It’s a fine idea in theory and it’ll keep middle-of-the-pack players engaged longer than they otherwise might’ve been, but if you’re itching to try the toughest levels, you’re in for a wait. I prioritized high-paying Contracts (bonus objectives like landing a bunch of flips or never leaning) and Challengers Mode (asynchronous matches against three players in a row). Even then, the rate of progression tested my patience. It took me a week of consistent play before I got to Extreme-tier tracks like Inferno V.

On top of those padding concerns, the world map becomes a chore to navigate once it’s full of icons and the leveling system incorporates tacky loot boxes. When you level up, you’ll obtain assorted outfit pieces, bike cosmetics, and stickers with which to customize them further. (You can also buy items using in-game currency.) The sticker system is akin to a livery editor in racing games, so there’s huge potential for inventiveness (and vulgarity). It goes without saying, but I could definitely do without loot boxes.

A few other annoyances like slightly-too-sluggish load times while getting into levels and occasional frame-rate hitches chip away at Trials Rising. That said, RedLynx got the important stuff right.

The bike handling is as natural and rewarding as it’s ever felt to me, and the level theming is, for lack of a better term, on brand. The designs are interesting enough to draw your eye without being so over the top that they distract you while racing. It’s just the right mix. Some of my favorites include a killer theme park, a plane spewing its cargo mid-flight, and a castle whose gates you enter atop a battering ram.

Nothing in Trials Rising caught me off guard, but then again, I wasn’t expecting or hoping for a surprise-filled sequel. I wanted a game in the same vein as Trials Evolution. I’m left mostly happy.

Even if you never end up touching the head-to-head online multiplayer, local co-op, ambitious track editor, or any of the ensuing user-made creations, Trials Rising will keep you plenty busy at launch. Some of the out-of-level elements could use another pass, but progression pacing issues, loot-box bloat, and technical hiccups weren’t enough to put me off what is ultimately another great Trials game.