The Earth has lost its sun and become a frozen wasteland bereft of breathable air, but humanity struggles on in Traverser, the debut title from Gatling Goat Studios. A 3D platforming adventure, the game excels in presenting a strange, divided city defined by its contrasts. It is grim, yet playful in its portrayal of an oppressive class structure.

For as creative as their take on a post-cataclysm world is, it’s a shame the gameplay could not have been more inspired. 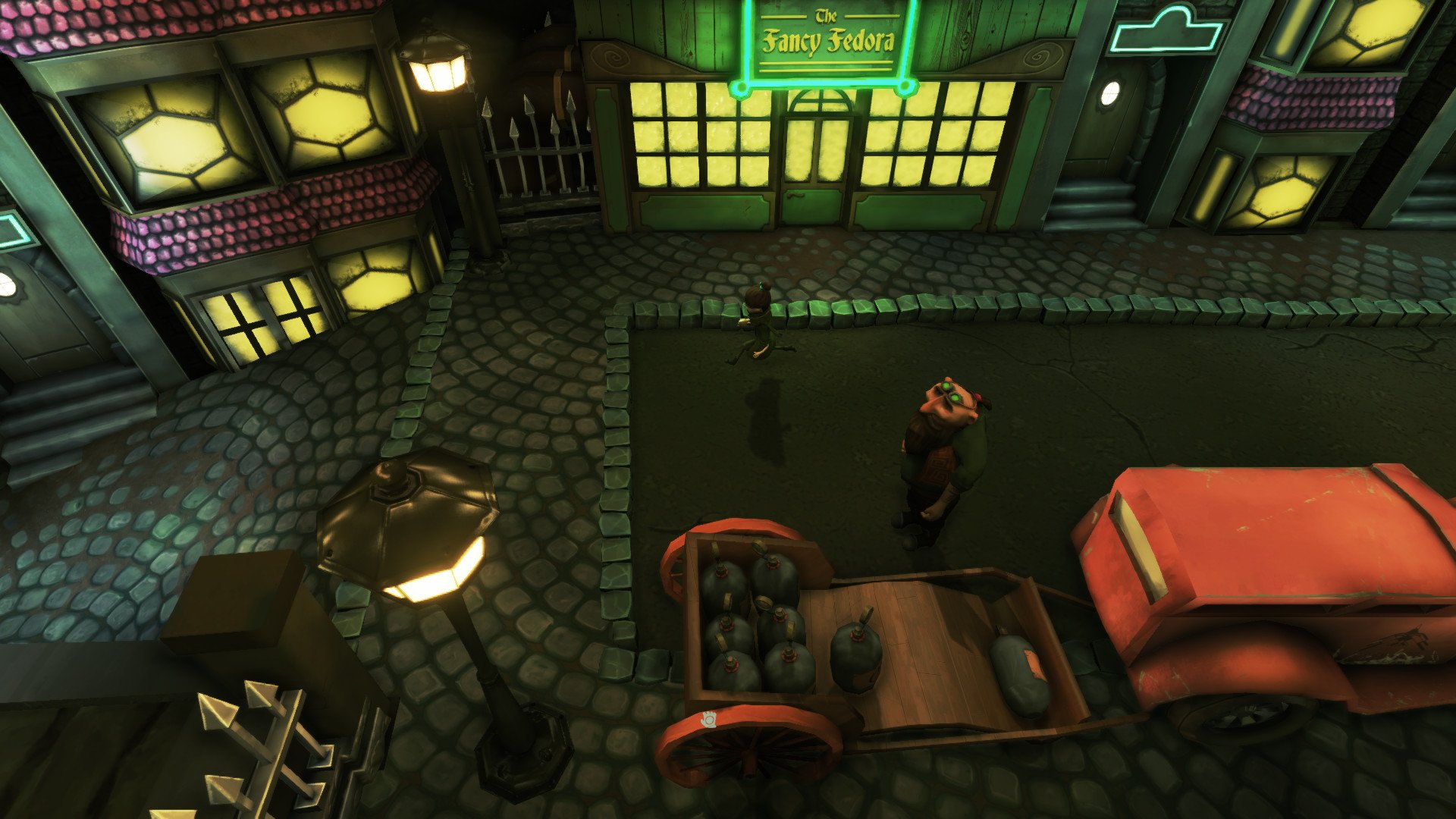 The setting for Traverser is its strongest asset. The underground remnants of humanity live in Brimstone, a floating city suspended in a cavern near the Earth’s core. It’s a city with two sides, literally and figuratively, with one side using some form of anti-gravity technology to allow people to live upside-down. A wealthy populace occupies the upper, properly oriented half, enjoying a life of relative ease under the care of the Raven Corporation. A working class labors beneath, forced to wear breathing masks due to the poor availability of air their work makes possible.

This arrangement caused friction over time, as one might expect. Workers striking at an oxygen refinery plant to demand better conditions has grown into a full-scale rebellion, turning to violence to deliver their message. It’s in this environment that the player assumes control of Valerie Bennett, the daughter of Raven Corporation’s chief scientist. Her story begins on the day she becomes a Traverser, a new form of peacekeeper in the city. With the rebellion more active than ever, Valerie becomes drawn into the conflict to play a central role.

There is a cartoonish element that lies at the core of many aspects of Traverser. Brimstone is a bleak place, a society which has seemingly fallen back to an earlier industrial age in retreating from the world above, but there’s a softness to the visual design which undercuts the aesthetic tone. A few scripted sequences exist solely for their comic effect in lightening the mood. Character designs are fairly simple, with slightly exaggerated features and energetic voice acting performances that leave no question exactly what kind of person each is.

These are generally good things. Not in terms of the plot, necessarily, which probably would have benefited from a little bit of subterfuge for its twists. No, the whimsical elements function as a distraction in a game that wants you to think about its world, but not too deeply. They make the bigger incongruities easier to swallow.

For example, the role of the Traverser itself makes little sense in practice. As described, the job is a sort of secret police force and, upon successfully completing her exam, Valerie is instructed to remain in her street clothes so as to not draw attention to herself. That would be good advice, were it not rendered irrelevant by the large electronic gauntlet she’s given, the Gravity Glove, which everyone in the city seems to know exists and is the trade tool of a Traverser. 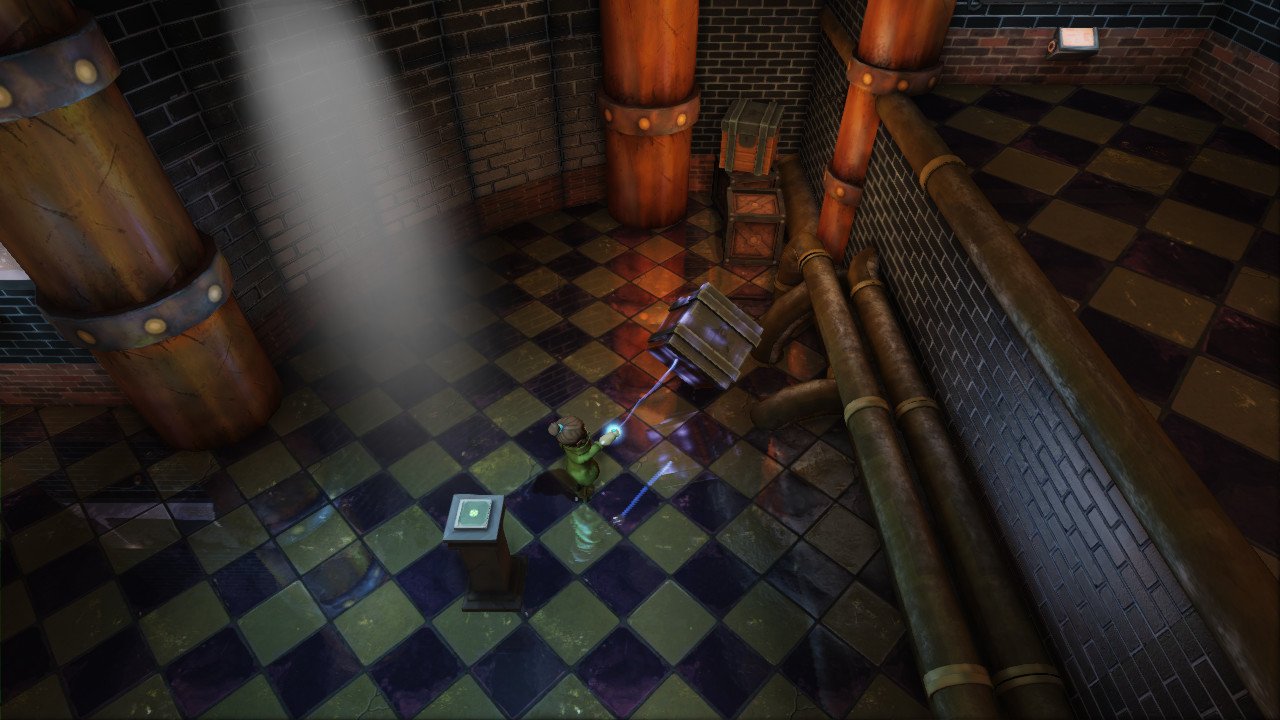 It is a neat tool, though. With it, Valerie can fire a beam to manipulate objects considerably larger than herself with ease. This is done with the mouse, pointing and clicking to lift objects and move them freely. Holding the right mouse button allows a held item to be rotated while the scroll wheel raises and lowers it. Objects can be lifted from a considerable distance but are dropped if the beam is broken.

The range of items that can be picked up and moved is not insignificant, but most of the time the Gravity Glove is used to move or stack boxes to gain access to higher areas. Occasionally, there will be a room that takes better advantage of its capabilities and limitations to produce something slightly more challenging, but most of the puzzles will underwhelm experienced players of 3D adventure games. 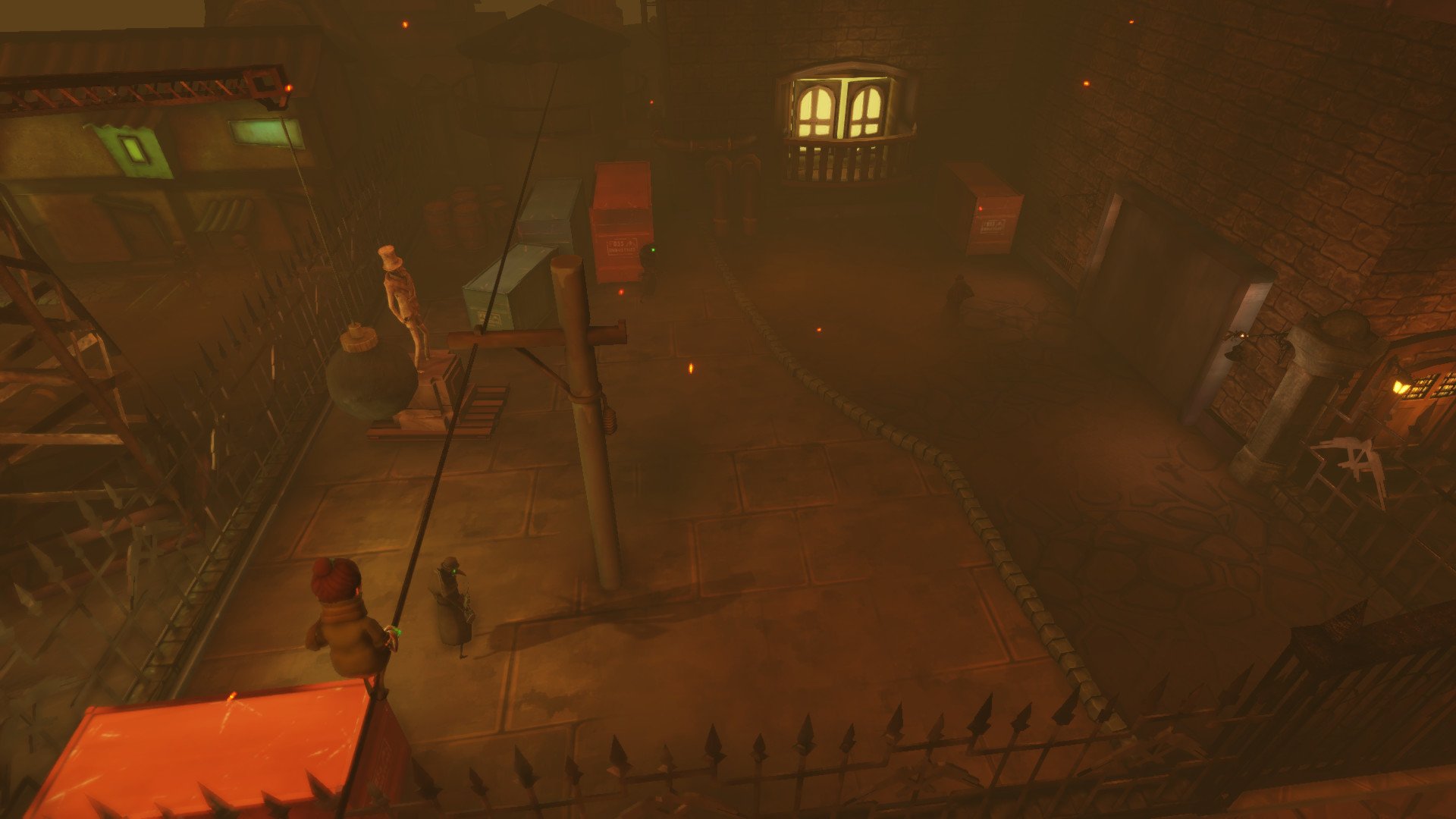 This aspect is quite unfortunate, because it seems like the pieces are in place to do some interesting stuff. About a third of the way through, the player is introduced to the concept of using multiple objects together to accomplish goals, culminating in the game’s first boss encounter. Yet it never proves more creative than at this point, the remainder of the game featuring fairly standard adventure puzzle tropes (mirror reflections, levers, dragging items from one end of a room to another) separated by bits of light platforming and stealth.

The challenges in Traverser are not poorly designed, merely underwhelming. To Gatling Goat Studios’ credit, many can be approached in a couple of different ways and it’s enjoyable whenever the player has an opportunity to feel as though they have subverted the intended solution. As there’s only light violence and Valerie’s capabilities are mostly defensive, the game’s content could work for a younger audience. Parents may want to do a solo playthrough (which should take 3-4 hours) or watch a video of the conclusion before sitting down with the kids, though.