I first got into Warhammer around 2001. I had briefly heard of the Games Workshop-led Fantasy property from some of my friends as the inspiration for the Warcraft series, but never really connected with it until I started to play the 40K edition of the tabletop game. Along with my Chaos Space Marine, Dark Eldar, Blood Angel, and Ork armies, I began to investigate the less sci-fi oriented Fantasy arm, much to the chagrin of my gaming group.

Yep, no one wanted to “downgrade” to a less popular, slightly older version without Space Marines. Thankfully, the Fantasy line lives on with games like Total War: Warhammer. 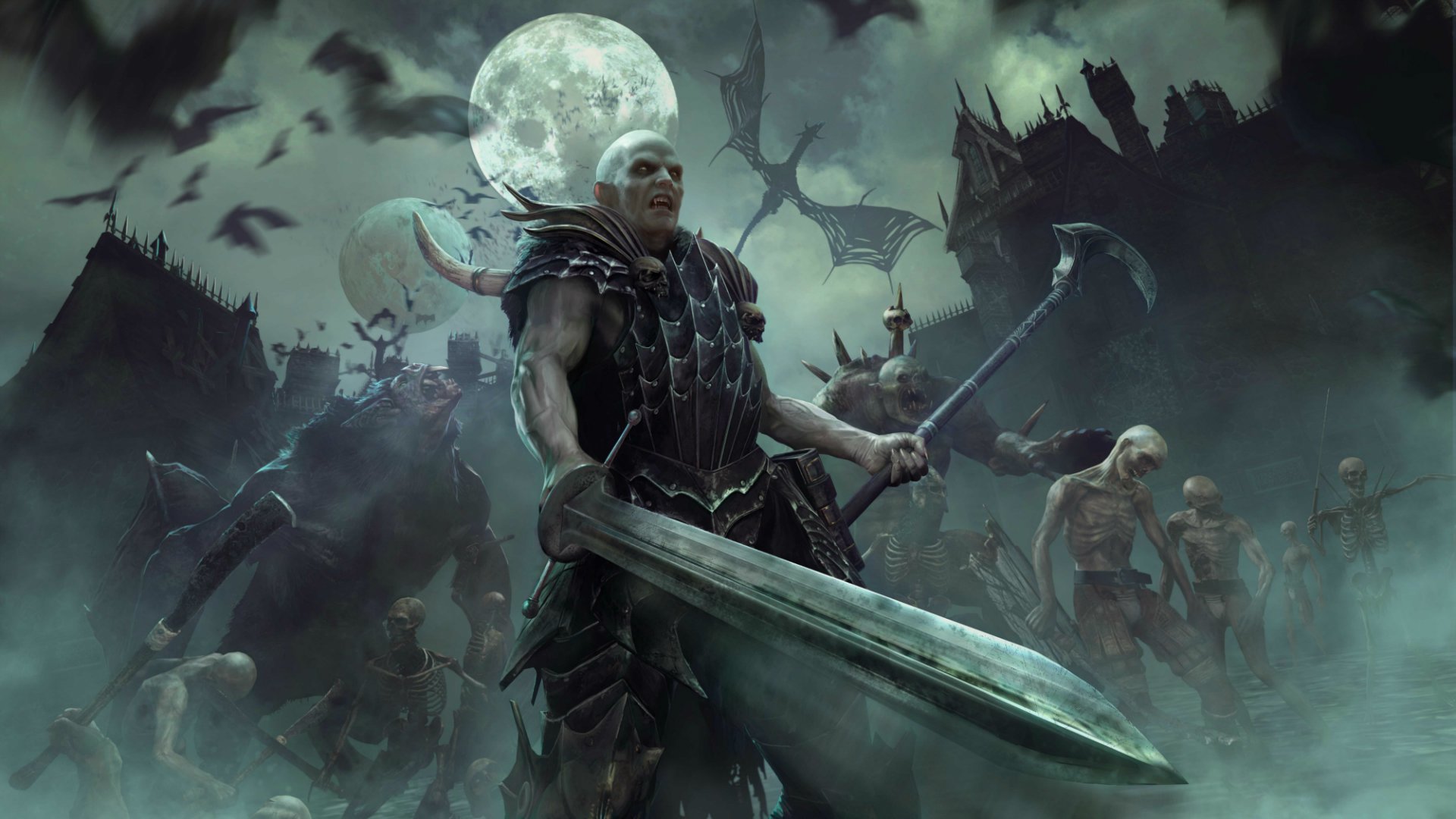 You’ve seen humans, orcs, dwarves, and vampires duke it out many times before, but Warhammer has been around for so long (since 1983) that it’s actually influenced many post-Tolkien fantasy realms. It’s a bastion of lore — a well so deep that you could throw a coin in it and never hear the bottom. Loading screens are chocked full of quotes from various codices, novels, and apocryphas, without feeling too daunting or esoteric for newcomers.

True to form, the Total War-style campaign is the draw here, which meshes well with the already existing universe. But it’s important to note that unlike every other Total title, which draws upon real events, there were a number of liberties that Creative Assembly could take to create a more interesting experience that doesn’t feel like a knockoff of their other efforts. Warcraft III-esque heroes change the landscape of battle for one, as do magical spells and flying units. It has a more cinematic feel to it both in terms of the bombastic cutscenes and gameplay.

All of these elements don’t negate the tactical depth of the engine though. Players will still have to carefully plot out each unit’s movement on a giant open map, taking calculated risks to ensure that their economy doesn’t implode or an enemy doesn’t take a key stronghold. I wouldn’t say the engine is quite as stunning as Shogun 2 (it’s a bit more grounded in grimdarkness, lacking the beautiful artistic feel of its predecessor), but on a higher-end rig you can really see the individual detail in every single unit, even when zoomed in.

Tactical prowess is still paramount despite the flair, so don’t think this is a neutered version of the game. This still includes speccing into, and choosing individual technology trees (which offer reprieves like cheaper recruitment costs), maintaining your army’s upkeep costs and income, and maintaining alliances through diplomacy or trade. The campaign itself is really open-ended, as you can basically amass an entire army and rule through sheer force of will, or opt for a more cautious route.

What’s really cool about the particular factions in Warhammer is that each one feels wholly different from one another. You don’t need to be a historian (what makes Parthia differnet from Carthage in a previous game for example) to be able to discern the differences between certain factions or armor types — no, the nuances are incredibly obvious and gamey, in a good way.

Humans are relatively middle of the road, but Dwarves have superior artillery and access to rune wares instead of magic, Greeskins (Orks) thrive in pure numbers with very little technology and not trade options, and the Vampire Counts excel with magic use and have more elite, centralized units. Dwarves and Greenskins can also access underground tunnels called the “Underway.” 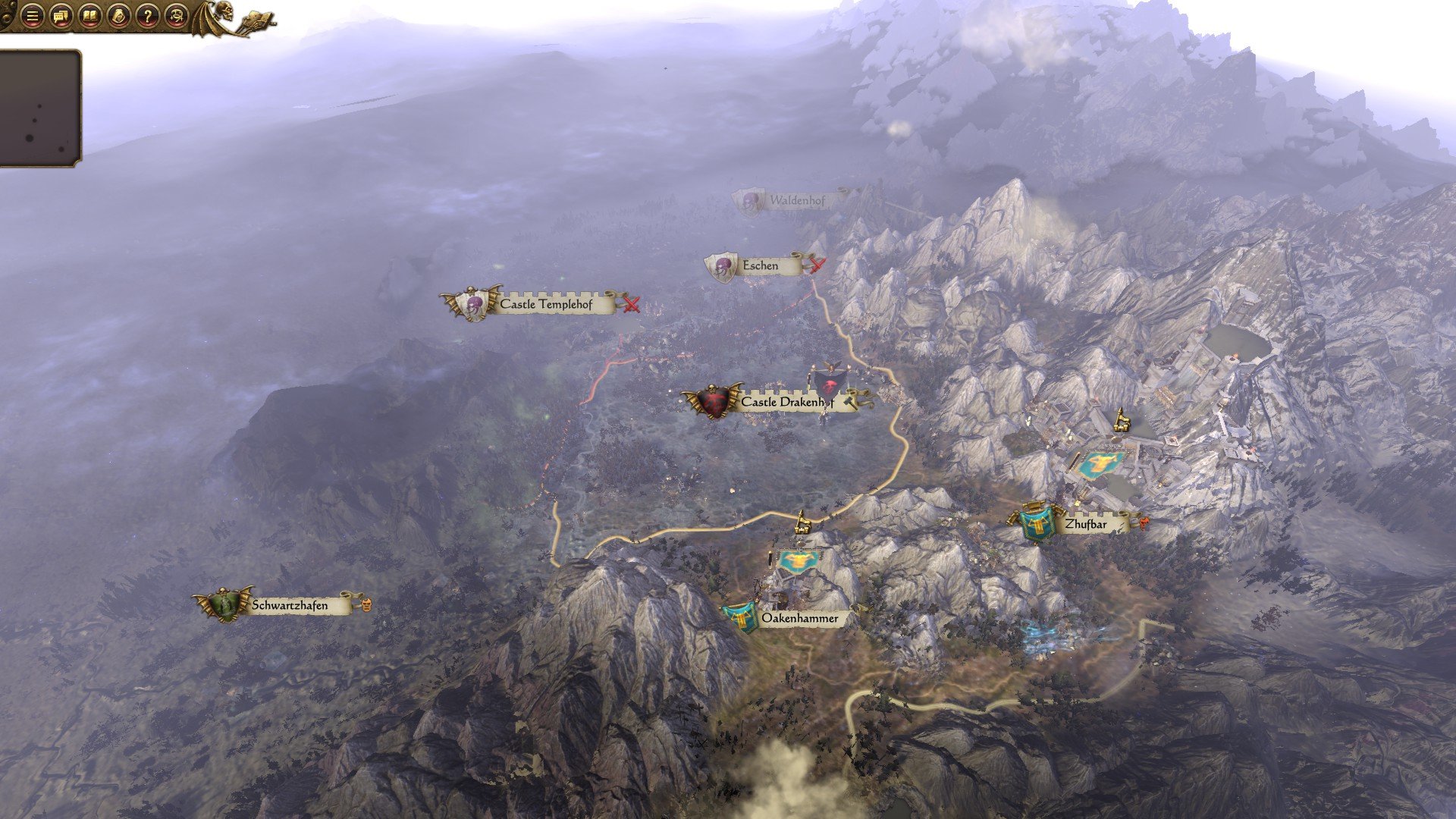 The more I played the more depth I uncovered though beyond these nominal changes. Humans can’t capture territory unless it’s from rival humans or Vampire Counts, which forces players to pick and choose their battles. Greeskins on the other hand are subject to the “Waaagh!” mechanic that grants bonuses for attacking rapidly. If sieged, Dwarves will have to respond in turn due to the “grudge” modifier, and Vampire Counts can plague areas they claim. Despite the fact that there’s only four armies at launch, all of them are fun to play and lead to completely different campaigns.

At the heart of Total War is the actual… war, and the tried and true real-time combat still works well in tandem with the turn-based overworld. For the uninitiated, the Total War games tend to focus on more intimate battles rather than the sprawling base-building affairs in titles like StarCraft, which often come down to the wire if you aren’t fully prepared going into a skirmish. Manipulating units with control groups or a good old fashioned mouse click is still a cinch, and your job is to mostly move units where they need to go rather than micromanage their abilities. The overhead tactical camera and power to pause a battle to get your bearings offer more than enough control.

Even after playing through every campaign, I’m still good for months on end when it comes to stuff to do. There are 37 quest missions to complete, and roughly 50 maps available for custom matches, where you can experiment with whatever units or army you wish at any given time. Skirmish mode is also hefty, complete with multiplayer that actually has access to a server list and an option for LAN play on top of the usual matchmaking mechanic. 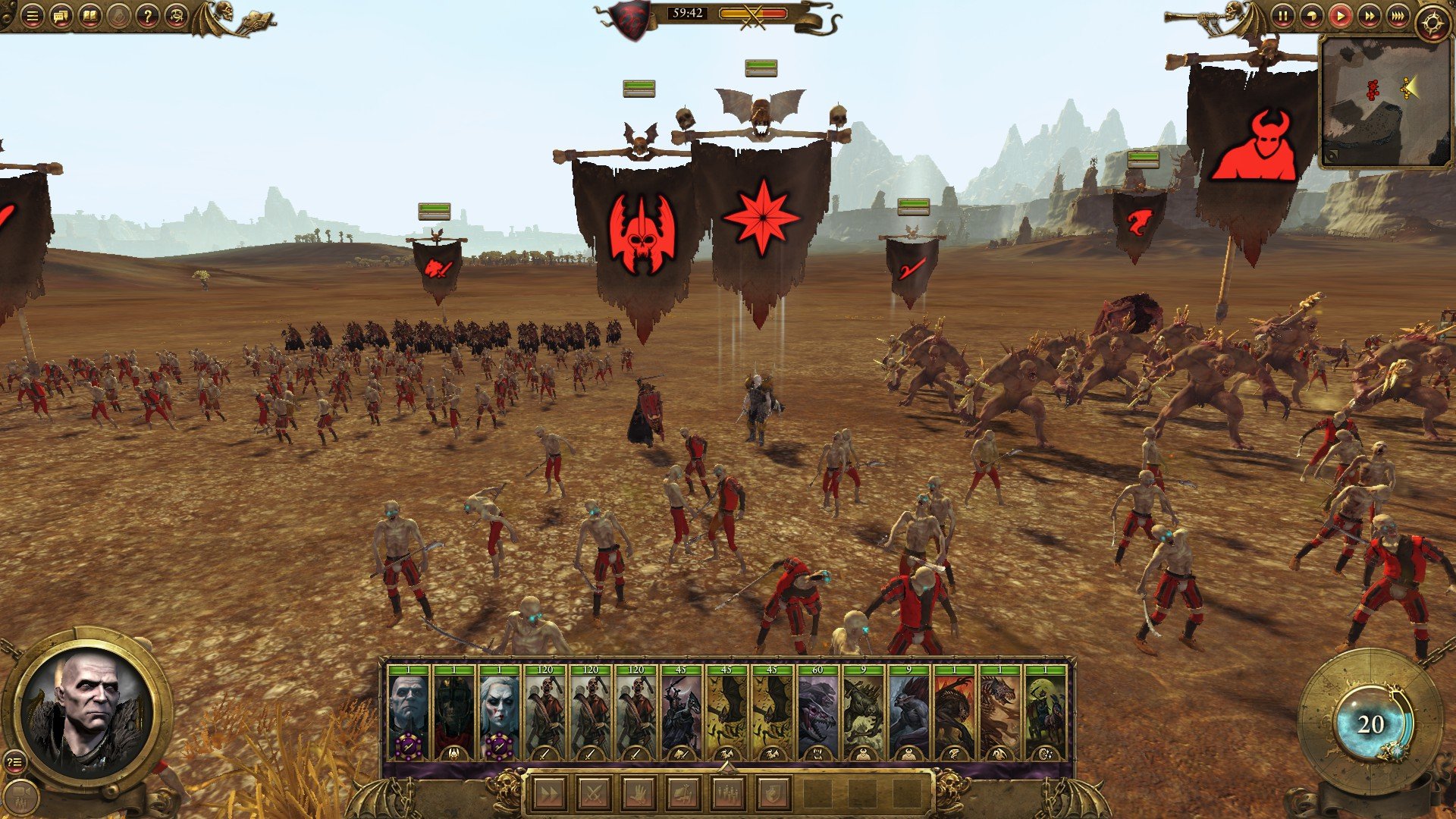 There is a caveat however. The build I was given wasn’t the most stable, and while it hasn’t been as buggy as Rome II on my end, it’s not nearly as reliable as Attila was at launch. The developer has a day-one patch planned which we’ll continue to cover and investigate, but for now, I did encounter the occasional crash (usually when fiddling with the UI outside of a battle) or hiccup. And while it’s not factored into this review, more content, both free and paid is coming. After relenting due to fan outcry the entire Chaos army (complete with its own campaign) will be added as a free update after launch, and more factions (Skaven, please) will be available as DLC.

Outside of Shogun 2, Total War: Warhammer is my favorite Total game to date. Developing this project must have been a massive undertaking, because it somehow manages to not sacrifice the core tenets of the series while staying true to the ever-expanding source material of the Warhammer universe. After nearly two decades of historical battles, having the chance to command a magical undead army is a breath of fresh air.

[This review is based on a retail build of the game provided by the publisher. Our review was originally published on May 19, 2016.]