Torment: Tides of Numenera feels ripped from a different era. It’s a bookish game that deals in descriptive text and weighty, philosophical conversations. inExile Entertainment’s latest offering doesn’t dazzle with mind-blowing graphics or groundbreaking gameplay systems. Instead, it presents players with an open-ended story about absent gods and macabre characters, all wrapped up in the time-worn framework of an isometric RPG.

In Tides of Numenera, you play as a character known only as the Last Castoff. You are a body discarded by the Changing God, who uses hosts as a means of achieving immortality. Though there are countless other Castoffs in the Ninth World, your character represents the evolution of the Changing God’s pursuits. Each new Castoff is an improvement over the ones before it. And as such, your existence as the final child in a dysfunctional family of demigods means that you are powerful beyond measure.

Torment: Tides of Numenera’s greatest strength is that it encourages players to use the Last Castoff’s power however they see fit. 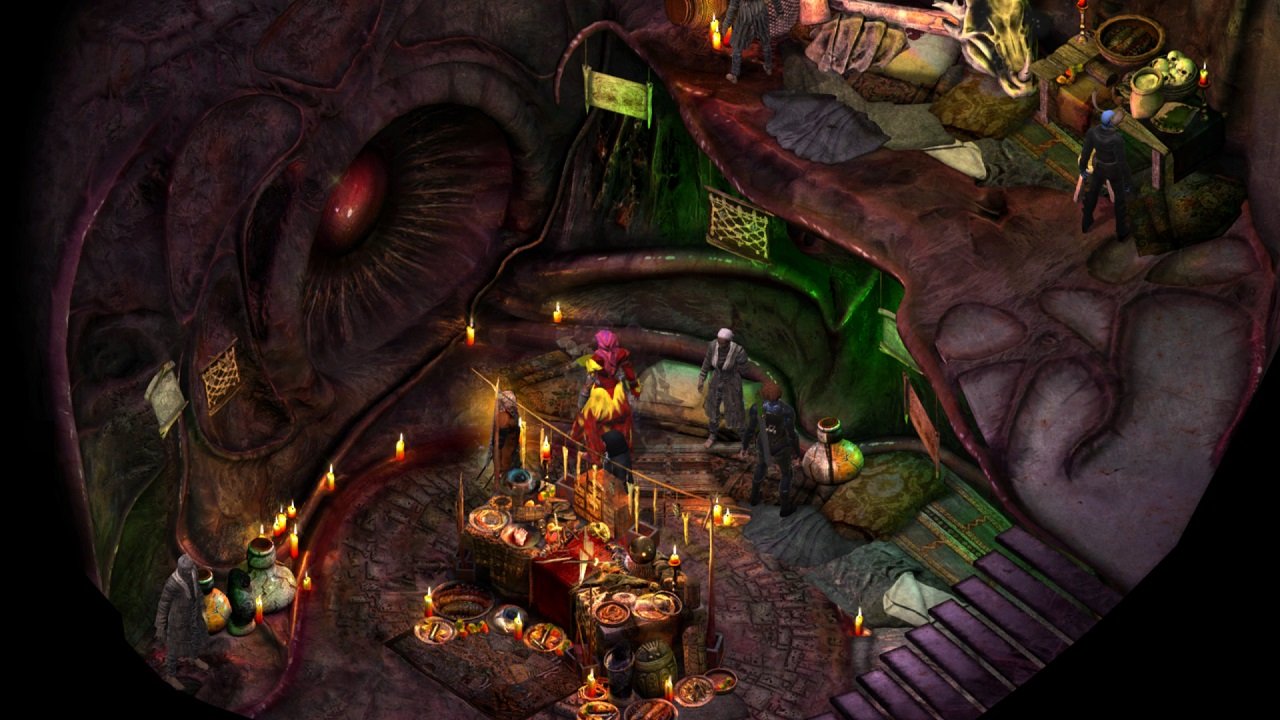 Though the Changing God created the Last Castoff in his image, Torment: Tides of Numenera is still a character-driven RPG. This means that above all else, players have a surprising amount of latitude when it comes to building an avatar. There are three main ‘classes’ within the game’s fiction: Jacks, Glaives, and Nanos, and while that may sound lacking compared to other entries in the genre, they function as a guideline more than anything.

I found success with a Jack-based Castoff whose perception and conversational talents were so exceptional that he could talk the Devil into setting his pants on fire. I favored passive Willpower-based skills and abilities, which made my journey through the Ninth World a silver-tongued jaunt of deception and nuanced speech checks. I could fight, but only if there was no other way out of a situation.

Skill checks are a big part of Torment: Tides of Numenera. Regardless of what kind of character your Last Castoff winds up becoming, it’s inevitable that you’re going to have to pull from your skill pools – either Might, Speed, or Willpower – to overcome challenges. You can smash a door open or intimidate an imposing enemy with enough Might as easily as you can tap into the latent memories of a long-dead hero with the right amount of Willpower. Time after time, I was surprised by the different choices and moments of opportunity that presented themselves during my quest.

Even if you wind up in a combat encounter (or a Crisis as they’re called in-game), fighting is rarely (if ever) your only option. Throughout my twenty-some hour journey through Numenera, I never hit a point where I had slice through my foes just to make progress. Each Crisis is more of a turn-based puzzle than an outright melee. If you pay close attention to your environment, there’s a good chance that an alternate solution to the situation is hiding nearby. Even battles against the game’s ethereal Big Bad, a tendrilled creature called The Sorrow who hunts down the Changing God and his Castoffs with relentless fury, had multiple paths to completing the encounter. For those who prefer their brain over brawn, Torment excels at making multiple playstyles feel both viable and worthwhile. 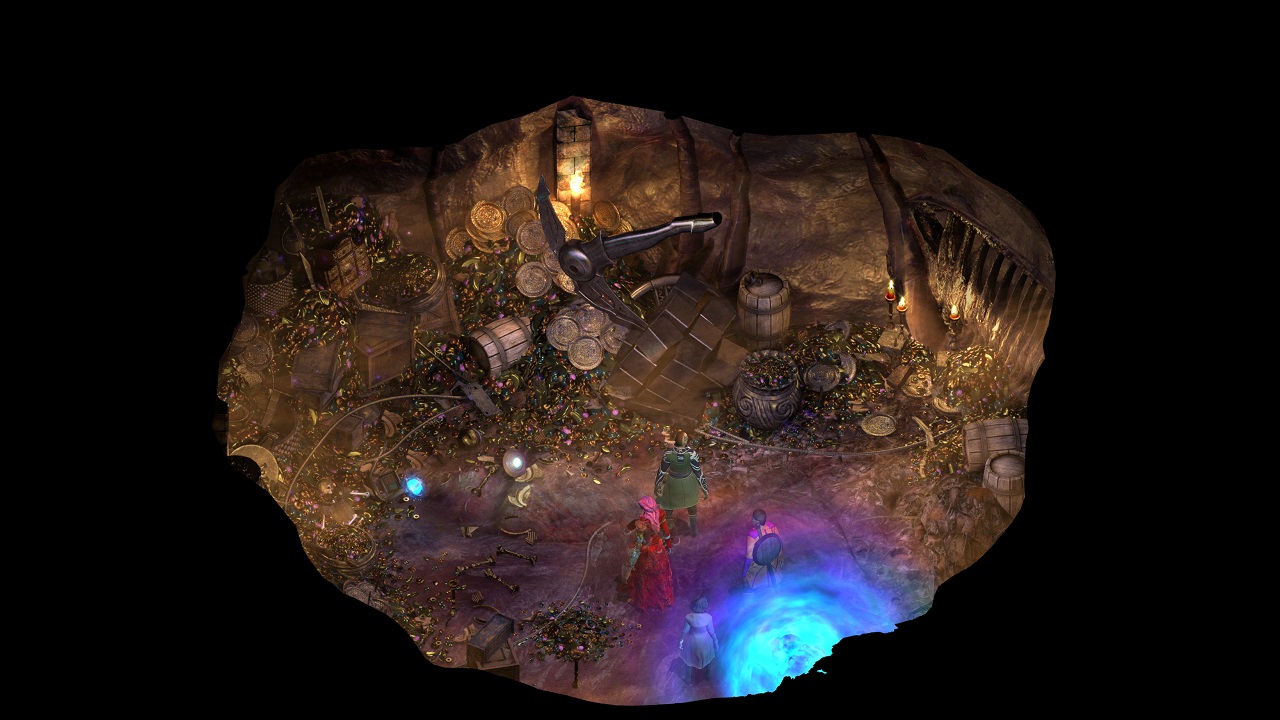 Having the ability to avoid outright battles goes a long way because combat is where the game suffers the most. The turn-based system is functional, but even with a host of skills and companions to help pitch in, it still feels clunky. If you wind up raising your blade to an enemy, you’re likely to be surrounded and outnumbered within the first two turns. Even with a combat-oriented build, certain Crises wind up as more trouble than they’re worth, especially with the knowledge that you could just talk your way out of the situation.

So, while I can’t recommend Tides of Numenera to anyone looking for satisfying combat, I can praise its world-building and narrative turns. The Ninth World stands upon the remnants of forgotten civilizations. It’s a vision of Earth one billion years in the future; a dreamy mix of fantastic architecture and geographic formations layered upon crumbled kingdoms and toppled cities. The locations that the Last Castoff and companions travel to are evocative, ranging from a hidden sanctuary that houses many of the world’s remaining Castoffs to a fleshy underworld, called The Bloom, that shifts and groans as it expands and devours anyone who runs afoul of its mysterious wishes.

There’s a notable amount of care put into bringing each location, character, and one-off line of dialogue to life. inExile Entertainment has done a commendable job of bringing the Monte Cook’s tabletop setting to life through a dizzying amount of in-game writing. Rarely have I ever felt the need to wear my glasses while playing a game, but the constant drip-feed of strong writing and memorable encounters made me want to make sure I never missed a word. 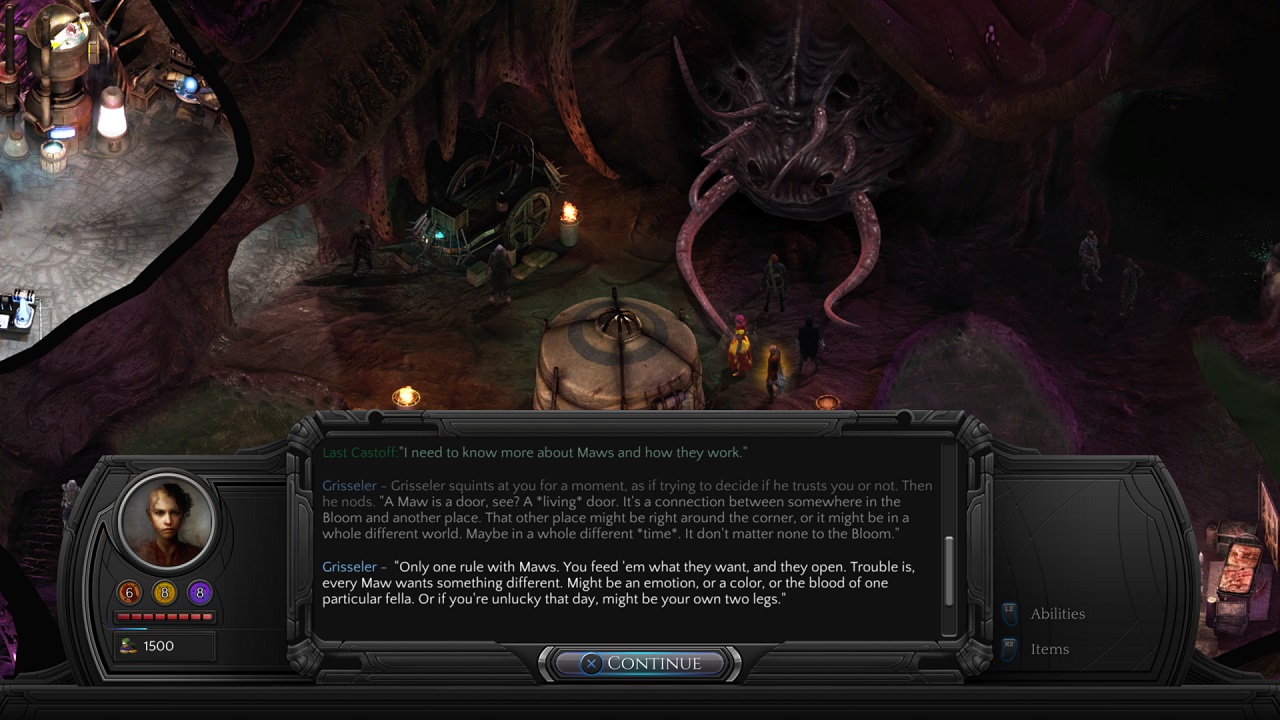 Tides of Numenera’s story explores the nature of existence and the meaning of power. Every action and conversation has a consequence, which is represented by the ever-shifting Tides. Ostensibly the manifestation of natural forces, each of the five Tides reacts to your decisions, affecting both the world and those who you encounter. Whether subtle or far-reaching, the Last Castoff’s ability to alter and use the Tides for his own gain plays a large role in the overarching story, adding a sense of weight to virtually every choice that players make. From diving into a half-forgotten memory to stopping a slavery ring, the game never judges your actions. Instead, you make a choice and the Tides shift. The world goes on, but you have to live with the ramifications of each action.

The various parts of Torment: Tides of Numenera come together in a solid package. Though it isn’t perfect, there’s no doubt that this is an RPG that will appeal to a specific type of person. The Ninth World, with all of its bizarre inhabitants and exotic locations, is worth exploring at a slower pace. Outside of your main goal – uncovering that nature of your existence as a discarded puppet of the Changing God – there are dozens of side quests and diversions. Every nook and cranny holds a secret, be it an item or a bit of insight shared from the mouth of a tortured mutant.

Like the way that the Ninth World rises from the ashes of other civilizations, Torment: Tides of Numenera is a layered experience. For role-players keen on experiencing a game of consequences and twisted fantasy, it’s well worth the adventure.