Torchlight II was, unfortunately, subject to a number of delays. Originally set for release back in 2011, it’s only now become available for purchase. I’m happy to say the wait was worth it.

It’s a bit rough around the edges, but Torchlight II takes the successful formula of the original Torchlight (and its predecessors) and expands on it, without making any drastic changes. If you played the first game, you know pretty much exactly what you’re getting with the sequel — and that’s definitely not a bad thing.

Torchlight II may not be a perfect game — the UI could use a bit of extra polish and the multiplayer system begs for extra features — but it’s a ton of fun and at only $20, it’s an absolute steal. 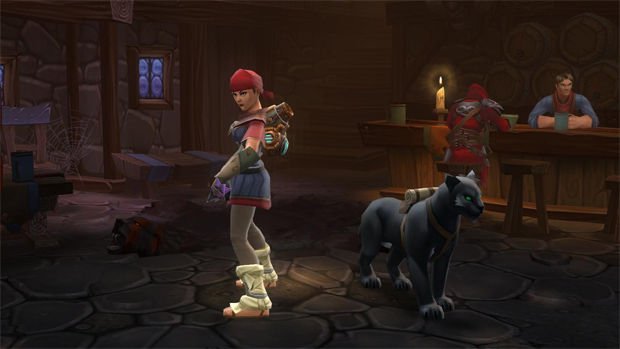 It’s been a few years since the end of the first Torchlight, and, surprise surprise, the world is in danger again. A corrupted Alchemist (likely the playable character from the original game) has destroyed the town of Torchlight, stolen Ordrak’s Heart, and it’s up to you to chase him around the world and stop him before he drains the energy out of the Elemental Guardians that keep balance in the world.

How will you save the world? You will click. On everything. You will click on a bunch of monsters, and you’ll click on some chests and some urns, and you’ll click on all the massive amount of loot that spews forth from everything you touch, and sometimes you’ll even mis-click on a poorly placed UI element. You’ll happily click away, you’ll have a lot of fun doing it, and you’ll suddenly look up and realize you’ve been clicking non-stop for three hours and you didn’t realize how late it was and you really should go to bed but there’s another dungeon you need to click your way through so maybe you’ll just do one more quest and then you’ll finally stop clicking and go to bed. Maybe.

Your primary method of slaughtering enemies will be with your class skills, and Torchlight II‘s skill system will be familiar to those who’ve played the original game, although it’s gotten some minor tweaks. Each of the four playable classes still has three skill trees, with each tree containing seven active skills and three passives. At each level, you get five attribute points to place into one of the main attributes (strength, dexterity, focus, and vitality), and one skill point to place in one of your skill trees. 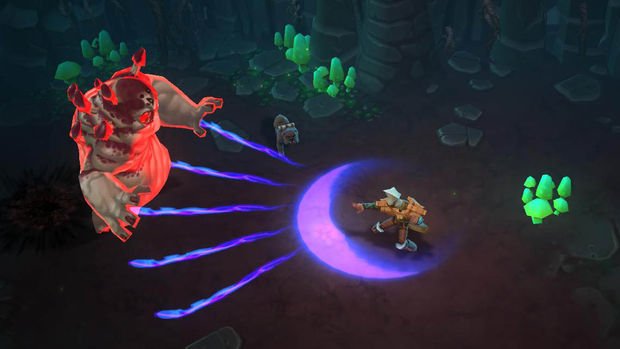 Unlike the original game, there are no skills shared among all the classes anymore — each class has a unique set of 30 abilities. As long as you meet the level requirements for a skill (which naturally increase as you train a specific skill), you can put a point into it, regardless of how many previous points you have in skills that come before it or in the overall tree.

It’s pretty straightforward, and on the whole each class’s skills seem varied and, for the most part, useful. Even the early skills can hold their own as long as you keep investing points into them (my Embermage beat the game almost entirely using Prismatic Bolt, the first skill in his Storm tree).

Unfortunately, there’s not a lot of room to experiment — you can only refund the last three skill points you spent, and the cost to do so is rather high. One to three points in a skill is, I found, not enough to really get a feel for how the skill will perform at later levels. I often found myself hoarding points or just investing in passives — I was hesitant to commit, out of a fear of having to restart my character because of bad skill choices. 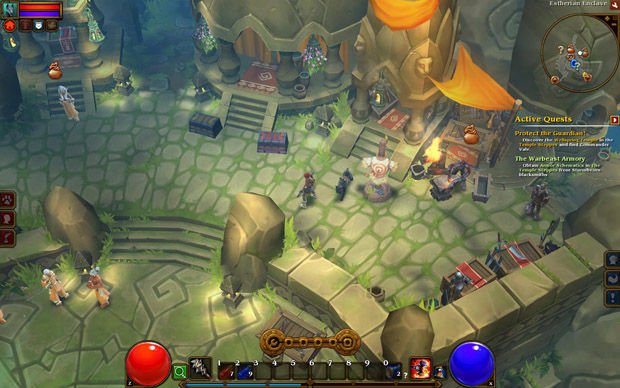 Another new mechanic is the addition of the Charge bar — a meter that fills when you’re murdering things and decays when you’re not, conferring class-dependent bonuses. Embermages receive 12 seconds of mana-free casting and a damage burst when their bar is filled, while Outlanders receive small boosts to a variety of stats depending on how full their bar is. Engineers get charge “points” that make certain skills and abilities more powerful, and Berserkers get guaranteed critical hits for six seconds whenever their bar is maxed. It’s an interesting mechanic that not only adds depth to each class, but also encourages you to move forward and keep murdering things.

You’ll fight your way through four acts (really three acts and a short final dungeon), each with its own feel and theme. The locales are nicely detailed and feel varied, and I never found myself getting bored of an area before I was on to the next, even when full clearing the area. Full clearing is something you’ll want to do — missing a sidequest or a dungeon can quickly put you behind the level curve, and you’ll either have to go back and find what you missed or rerun previous areas to catch up before you can progress. 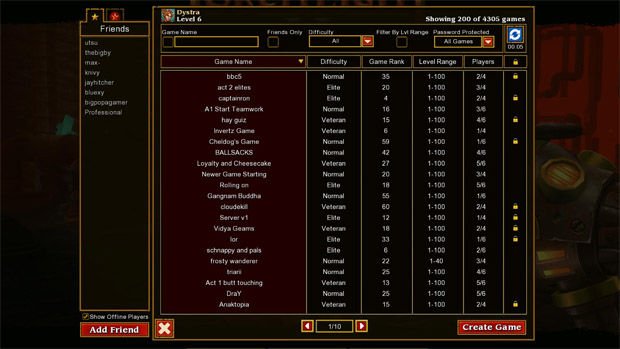 The most notable new feature in the game is multiplayer — something fans of the original game had been clamoring for. While the multiplayer system is primitive, consisting simply of a friends list, a list of games around your level range, and no chat lobby, it gets the job done, and as expected, Torchlight II is great to play with your friends. Any loot that drops in-game is unique to your character, so you don’t have to worry about ninjalooters or fighting over the unique item that just dropped.

It’s a good thing, too, since you’ll see a lot of uniques drop. Loot is plentiful, and as your work your way through the game you’ll be showered in upgrades, which follow the standard loot rarity rating of common – magic – rare – unique – legendary. Whereas Diablo III was criticized for the scarcity of powerful items and upgrades, Torchlight II almost suffers from the opposite issue, with uniques dropping at a pace of roughly one every half-hour or so.

I hesitate to call it a “problem,” especially since trading is tough/non-existent given the lack of a chat lobby in multiplayer, but I will admit to being a bit annoyed after getting three of the exact same unique helmets in the span of thirty minutes. I’ve yet to find a legendary though — the most powerful, rarest items that only show up starting at level 50 — so even though I ended my first playthrough with something like 35 unique items, there’s still better, more exclusive loot to aim for.

And it’s easy to want to aim for better loot after completing the game, since Torchlight II gives you a few options to keep things fresh. There’s a standard New Game+ mode, allowing you to begin again with everything starting at Level 50, and there’s also the Mapworks, which enables you to spend gold to purchase maps that allow you to enter various random dungeons, each with their own level range and special modifiers that mix things up. 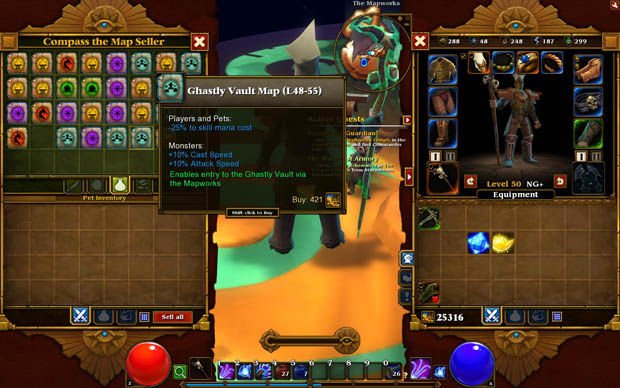 These complaints are relatively minor, though, especially in light of the game as a whole. It’s addictive, it’s got character, and it’s really, really cheap for the product you’re getting. I can guarantee you’ll notice some problems as you play through it, and you’ll probably wish the UI had a bit more polish and that the multiplayer system was a bit more robust, but you’ll find these issues don’t detract much from the overall experience. When you consider that the mod tools are already available, and what we saw with the first game, it’s likely many of these issues will be modded out somewhere down the line.

If you’re a fan of hack ‘n slashes, loot fests, or dungeon crawlers, definitely pick up Torchlight II. It’s absolutely worth your time and money, and should hold your attention for quite a while. There are portions of the game that could certainly use a little bit of polish, but it’s unlikely these problems will turn you off from the game entirely. Grab the game, grab some friends, and get to clicking.