The Tomb Raider series has become a rather inscrutable collage of mountains and breasts in my mind. Its multiple sequels and franchise “reboots” have turned the franchise into a vague soup where I find it increasingly difficult to tell the games apart.

When Tomb Raider Trilogy was announced, they could have picked any three games and it wouldn’t have made much difference. In fact, it took some mental dredging to remember which ones these were, and breathe a sight of relief that the “really crap one with Angel in the name” wasn’t being included.

So, let it be known that Tomb Raider Trilogy is a trilogy of Tomb Raider titles. How’s that for insight? 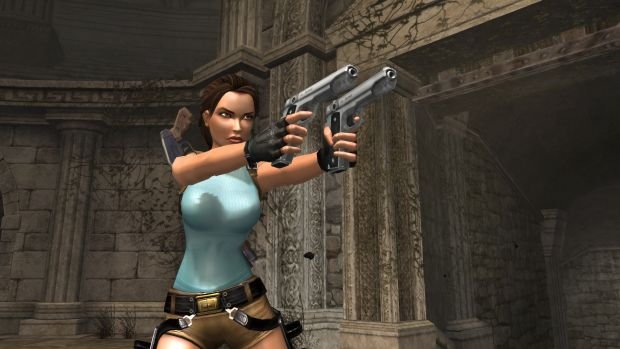 Tomb Raider Trilogy combines the three main games from Lara Croft’s “second generation” of titles — Legend, Anniversary, and Underworld. As with previous entries into Sony’s Classics HD line, the games have been touched up with new visual enhancements to take advantage of the high definition era, while the gameplay remains intact.

Interestingly, one of these games did not really need visual enhancement, as it was released on the Xbox 360, PlayStation 3 and PC in 2008, leaving only Legend and Anniversary as games with anything “new” to show. It has to be said that both titles do indeed look quite pretty on an HDTV, with an excellent job done on making everything look smooth and shiny.

The sound mix is a little off, and you’ll likely want to turn down the background music due to its tendency to drown out dialog. I also had an instance where the game crashed on me while playing Legend, and earning Trophies can cause the game to significantly stutter for a few moments. In addition, the game freezes between levels while an “updating profile” message flashes, which just strikes me as unnecessary. 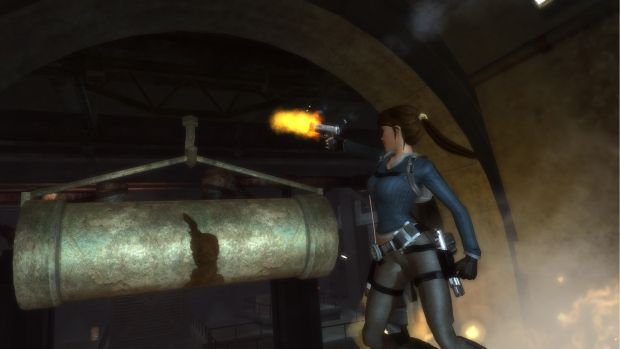 It’s worth noting that, in the cases of Legend and Anniversary, these titles are showing their age. Quite sad considering neither game is especially “old” by conventional standards. Even for its time, the environmental puzzling is slow and plodding compared to Ubisoft’s Prince of Persia, which has always boasted a more satisfying sense of fluidity to the climbing and platforming. In the modern era, these games not only have to compete with Prince of Persia, but the visually stunning, ambitious Uncharted series, to which these humble titles just cannot compare.

The combat, also, is dated and fails to hold up to modern scrutiny. Lara runs around in circles, firing wildly at enemies who stand there and take it, “helped” by a dodge roll that doesn’t actually dodge anything. The combat feels sloppy in this day and age, which is continued through to the rather awful boss fights, some of which don’t actually work as intended due to sluggish controls and an ineffectual targeting system.

I played Legend to completion and took Anniversary out for a graphical test drive, and I don’t want to say that they’re bad, exactly. Both titles are decent wastes of time that spin a fun little story and throw in a few taxing puzzles now and again. They will occasionally frustrate with dodgy physics, trial-and-error platforming and absurd boss fights, but both games are still playable despite their noticeable flaws. 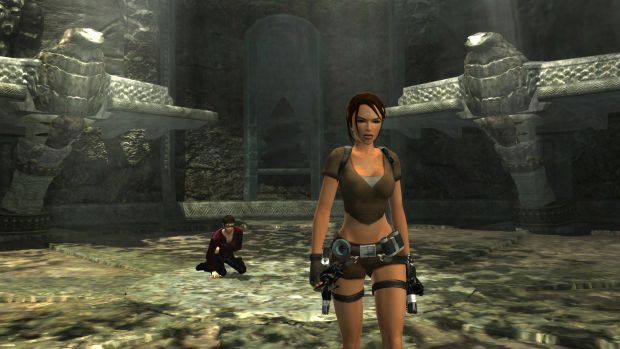 As far as Underworld goes, most fans will already have played this one comparatively recently. This presents a problem, since it’s actually the best game on the disc and stands as the title that really justifies the asking price. It’s a faster, more fluid, tighter game than Legend, but it was already in HD and can be purchased on its own for $15 at Amazon.

Ultimately, this leads to Trilogy being a hard sell. It would be worth buying for Underworld alone, but if you’re not a Tomb Raider fan, you can buy it on its own for cheaper, and if you are a fan, you likely already own it. Furthermore, only a fan could really love Legend and Anniversary for what they are.

Ultimately, we have two potential audiences for this collection — those who already own a third of it, and those who shouldn’t bother playing two thirds of it. 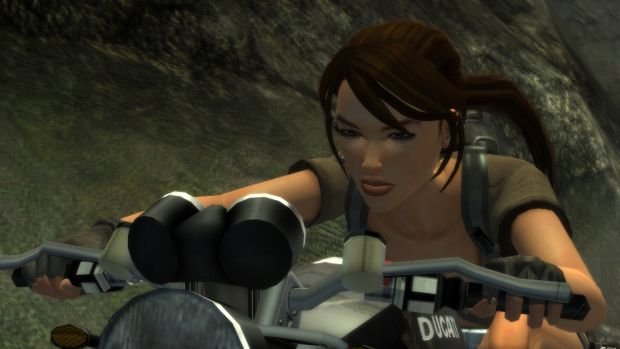 What makes this difficult to review is that the collection is actually quite good, despite my finding it difficult to recommend. All three titles are at the very least playable and plenty capable of providing fun now and again. Not to mention, the graphical upgrades are very pleasant indeed, and there are a number of silly-but-welcome extras thrown in, including a PS3 theme and Home avatar clothing. For a fan, there’s a lot going for the collection, except for the inherent pointlessness of owning Underworld a second time.

Of course, if you’re a dyed-in-the-wool Tomb Raider fan, it’s not going to matter. You’ve likely already bought the trilogy and you quite possibly love it. Even if you already own Underworld, its inclusion on a disc with two other full games for the reduced MSRP of $39.99 is a very nice deal that cannot be dismissed offhand. With that in mind, one can only conclude that this is a good little compilation of mostly dated titles that fans will dig, despite it being difficult to recommend to a wide range of people, at least as a full purchase.

Reaching that conclusion was more frustrating than fighting that awful bloody water snake in Legend. I do not say that lightly.