In the modern triple-A space, it seems publishers are more worried about making money than creating fun entertainment. While a few games have shown that “live-service” strategies can produce a quality experience, these titles often end up releasing in incomplete states that take months – if not years – of patching and updating to get anywhere close to their potential.

That description fits Ubisoft’s output to a tee. The company has certainly created some good games this generation (most notably last year’s Assassin’s Creed Odyssey), but the majority of its titles are the same basic mold transplanted to a different setting. Far Cry, Watch Dogs, Ghost Recon: all of these series play practically the same and feature basically identical objectives with slightly different characters.

Even that basic template couldn’t have prepared me for how awful Ghost Recon Breakpoint turned out. Despite having a predecessor it could build off of, Ubisoft has somehow mashed every negative aspect of modern, microtransaction-heavy titles into one disgusting whole of a time-wasting, repetitious open-world shooter. A few steps are taken forward, but that’s after a leap off of a cliff.

To put it bluntly, Ghost Recon Breakpoint is likely the most disappointing release of 2019. 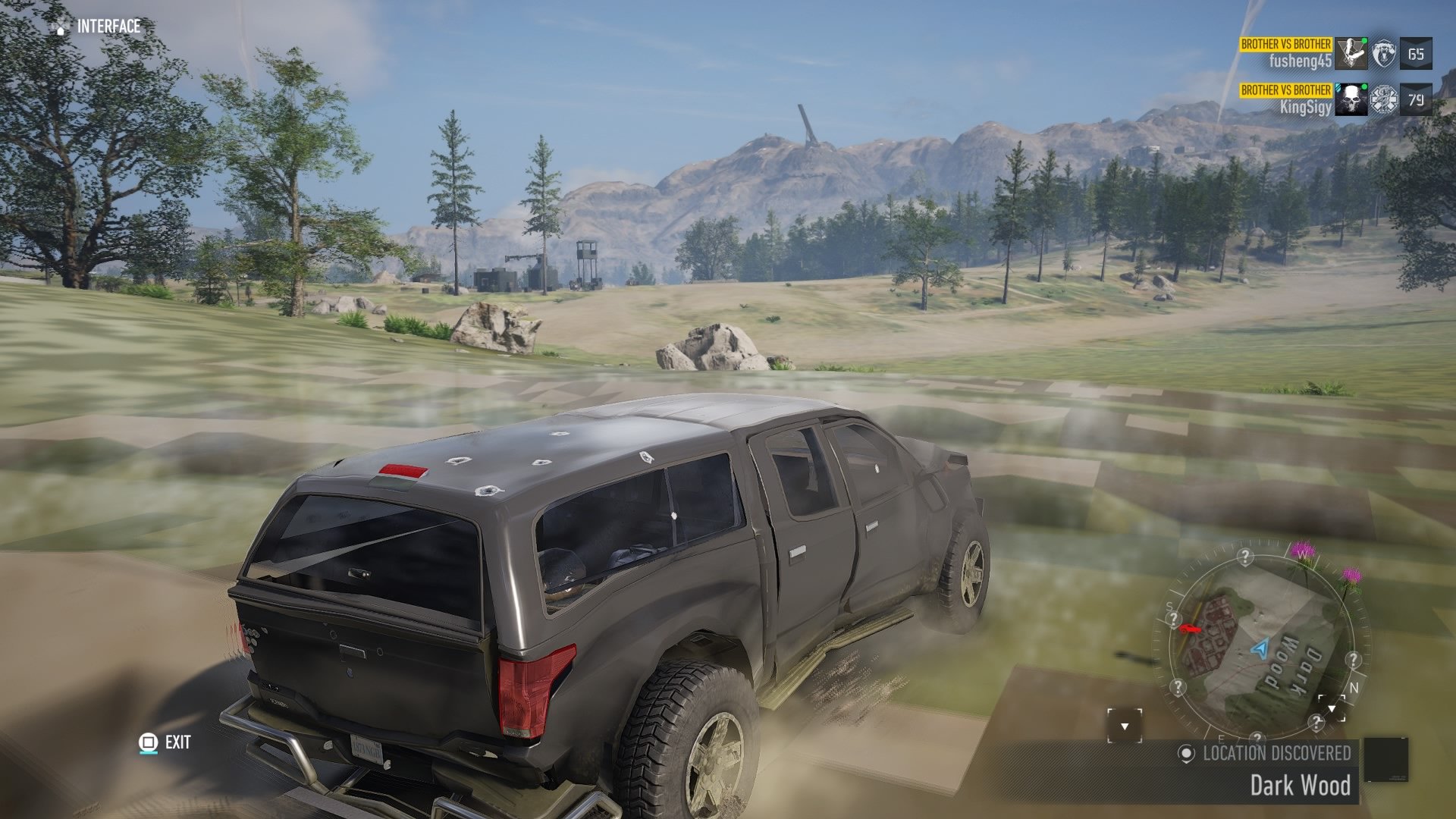 The plot of Breakpoint sees Team Ghost taking on LTC. Cole Walker on the fictional island of Auroa. A former Ghost operative himself, Walker has turned on his brothers in arms to mechanize a drone army against the island nation for some reason. His motivations are never made clear and his presence is barely felt in the roughly 20-hour campaign, which makes getting from plot point to plot point feel like an exercise in frustration.

The brief introductory mission is the only time Breakpoint comes close to capitalizing on its potential. As an open-world game allows, you’re able to tackle this mission in whichever manner you see fit. Since Ghost Recon used to be a stealth series, you’re able to sneak around and completely avoid combat, or snipe people from afar or just get straight up in their business. You can walk around and do objectives out of order, which lends some player agency in the moment. After one cutscene, you can even kill Walker and end the game in 10 minutes, which is a neat touch.

If you happen to play cautiously and not go for the glory kill, you’ll rendezvous at the camp of Erewhon and meet up with a bunch of other Ghost soldiers that have been stranded on Auroa. Right from the outset, this interesting setup gets ruined to accommodate cooperative play and a completely out-of-place live-service setting. Seemingly taking inspiration from The Division (the sequel to which has become Ubisoft’s most successful game of 2019), Breakpoint is a looter-shooter, shared-hub, RPG-styled game that makes no sense within its own universe.

What I mean is, past titles have put an emphasis on realism. Utilizing the Tom Clancy branding, Ghost Recon has always strived to not only give players options in tackling situations but demand they play like the military operatives they inhabit. Instead of sticking to that realism, Breakpoint has decided to inject a whole loot system with a gear score and various drops to keep you looking for better equipment.

Not only that, but the game attempts to double down on the survival aspects of its premise and brings systems like healing wounds, drinking canteens to top off stamina, and even crafting for secondary weapons and rations. It’s a bunch of useless fluff that ultimately can be ignored since the penalties for not engaging with them are slim. As you run too much, your stamina meter will deplete a little, but various skills can be unlocked that increase the duration and regeneration speeds of said meter. It’s not very well thought out.

Also not well thought out is the campsite system. Around the world, you’ll find various bivouacs that you can fast-travel to. Allowing you to cut down time spent getting across this comically large map, you can also buff your character, call in vehicles, buy things from the shop, and change your character class while visiting them. The vehicle thing is key because this is the only way you’re able to call in a vehicle to traverse Auroa – apart from grabbing them in the world. This runs counter to Ghost Recon Wildlands, this game’s immediate predecessor. In that game, you were able to call on the rebel forces in Bolivia to deliver a vehicle from anywhere on the map. With Team Ghost not losing the technology it had with them, this extra barrier to playability is just the tip of how obstructive Breakpoint is with letting the player actually navigate its environment. 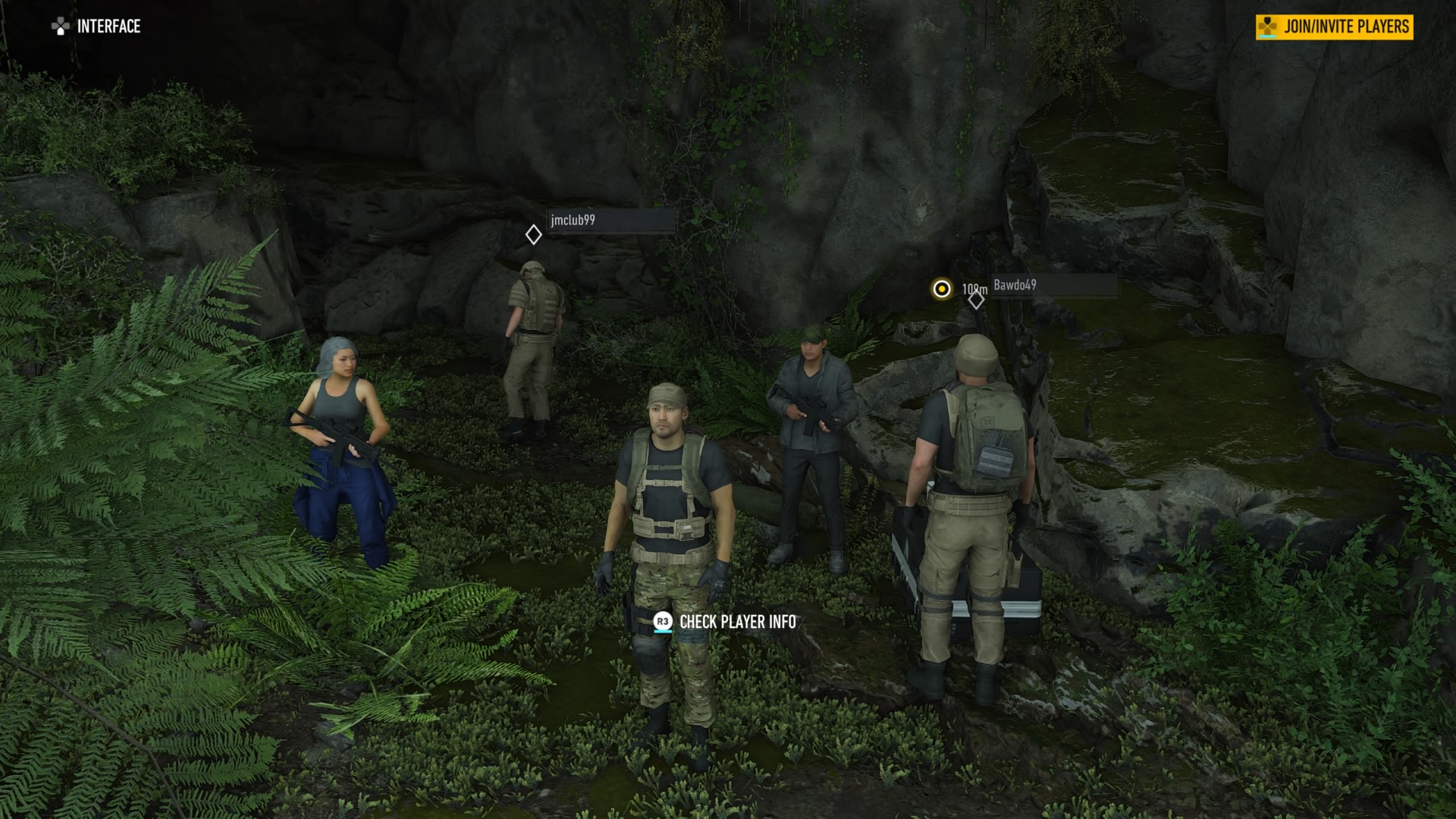 A lot of this could be forgiven if you’re okay with open-world titles. While the missions are boring beyond reason and the story goes nowhere, it’s not like the design choices cripple Breakpoint. What does is all of the technical glitches and bugs that have shipped with the game. Many players are reporting various crashes, but I happened to get lucky in that regard. What I faced were objectives automatically failing, my character spawning underneath the world, vehicles exploding for no reason, my guns failing to shoot bullets, characters not spawning in to finish objectives, and my co-op partner consistently glitching under obstacles and halting him from progressing. It’s absolutely appalling how many technical problems Breakpoint currently suffers from.

These issues drag out what is already a ridiculously drawn-out experience. It doesn’t help that the design of Auroa feels so non-descript. A snowy area is the only reprieve from the otherwise brown and green jungles you’ll be trekking through. I’m failing to even remember anything outstanding on the map because it all just looks and feels the same. After 20 hours, it simply blurs together.

Shifting gears to the positives, I do happen to like the “Pin” system that Breakpoint uses for its map. Since the island of Auroa is massive with plenty of missions to undertake, Ubisoft has created a pin system that allows you to select up to three waypoints at a time. With a quick press of down on the d-pad, you’re able to get a short description of each mission and see where you need to go on your mini-map. It’s very helpful in keeping you on the right track. 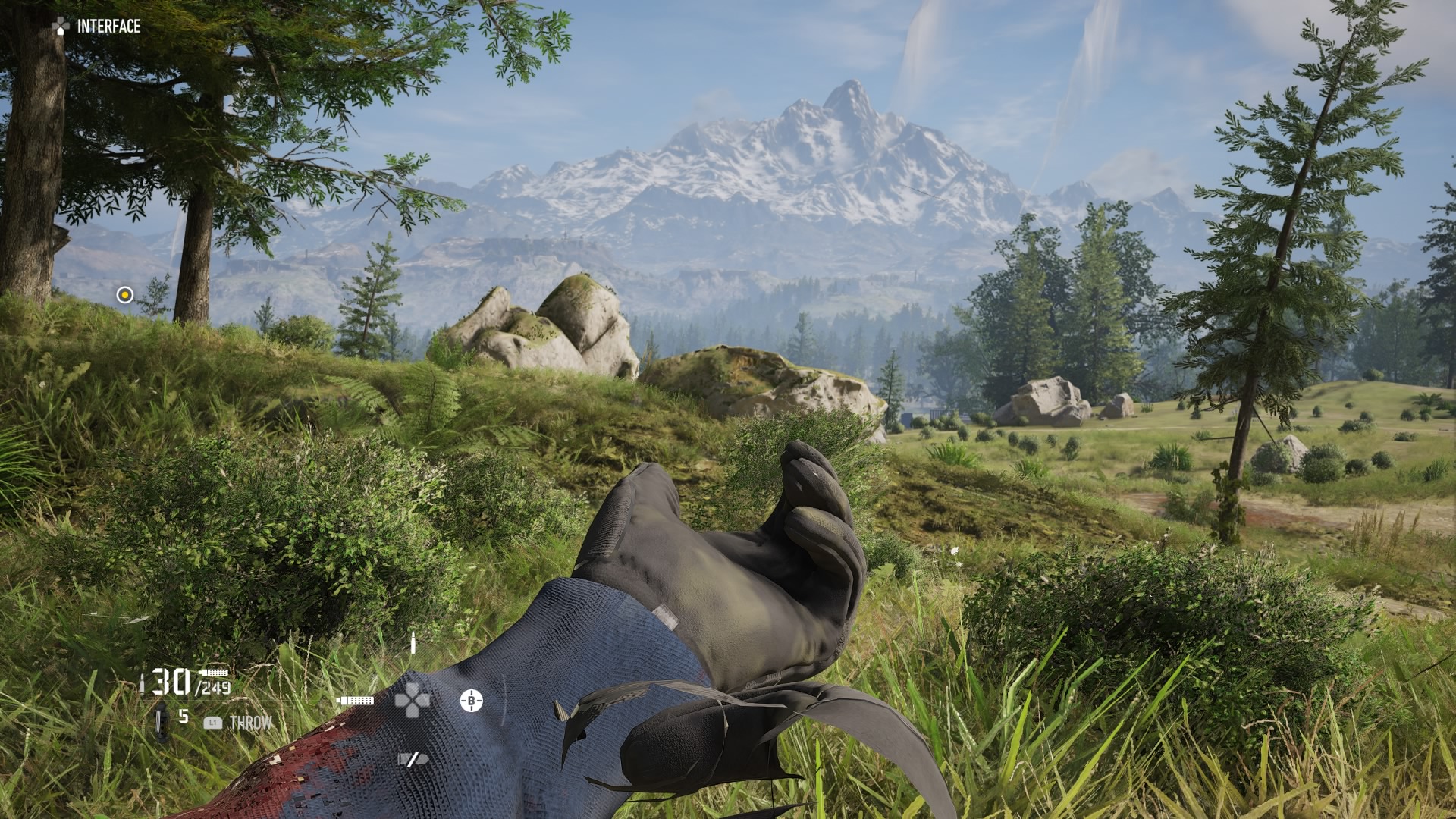 I’m also partial to the skin override system. While this is a solution to a problem Breakpoint creates, at least you’re able to customize the look of your soldier to your exact specifications. Constantly shifting gear in other looter shooters sees your character looking like an idiot, but you won’t need to worry about that in Breakpoint.

Finally, I can see the idea Ubisoft was going for with the campaign. As I mentioned, you can kill Walker in the very first mission, but if you happen to delay that, you’re able to tackle him at any point during the campaign. Working similarly to Zelda: Breath of the Wild, Breakpoint is mainly a series of missions that slowly improve you until you’re comfortable with taking out the final boss.

It’s just that when actually tackling Walker, the game boils down to an RPG. Every other boss and enemy will have barely noticeable effects from increased gear scores (mitigated further by going for headshots), but Walker suddenly turns into a Metal Gear Solid opponent and requires you to take out drones before you can even damage him. It’s absolutely stupid that I’m able to unload multiple rockets to the man’s face in a Tom Clancy title, but it’s especially insulting that increasing your gear level magically makes the boss easier. Going in at 60, for instance, will see your health bar melt in seconds. Go in at 120, though, and you’ll be able to play the fight like normal. 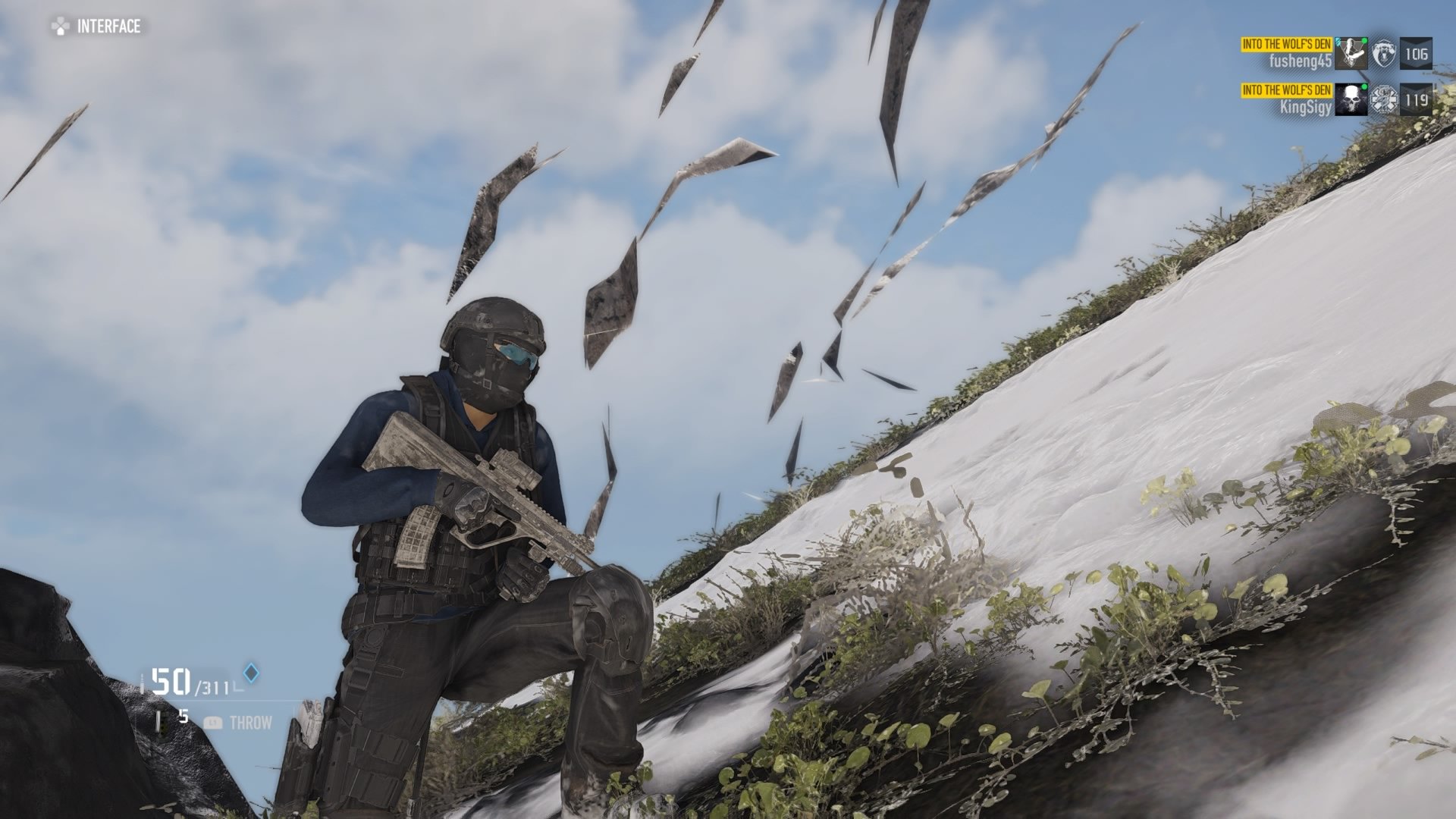 There’s a glimmer of hope in Breakpoint, but the current release of the game is a travesty. I didn’t like the design of Ghost Recon Wildlands all that much, but Ubisoft seemed to have hit upon a formula fans were happy with. Instead of simply improving that, the company has tried to change Ghost Recon to fit the live-service mold and has ended up with this amalgamation of the worst tropes of modern game design. That there is some potential in here makes the whole endeavor feel worse.

I’d be remiss to leave out discussion of the microtransactions available because they are egregious. Breakpoint allows players to buy literally everything in the game with actual cash. If you want a particular gun or vehicle and don’t have the in-game currency on hand, you can plunk down some dollars and get that thing without waiting. A few cosmetic items are only available this way, which is obviously meant as a form of psychological manipulation to get people opening their wallets.

For the most part, though, it’s hard to find the microtransactions. Not once during a playthrough does the game even bring up it has them and the menu system is so byzantine and cumbersome to navigate that you’re unlikely to even notice there is a store tab. I’m actually quite shocked at how laggy and unresponsive the menu is. It seems to have been built with PC players in mind and then dumped on consoles with little care. 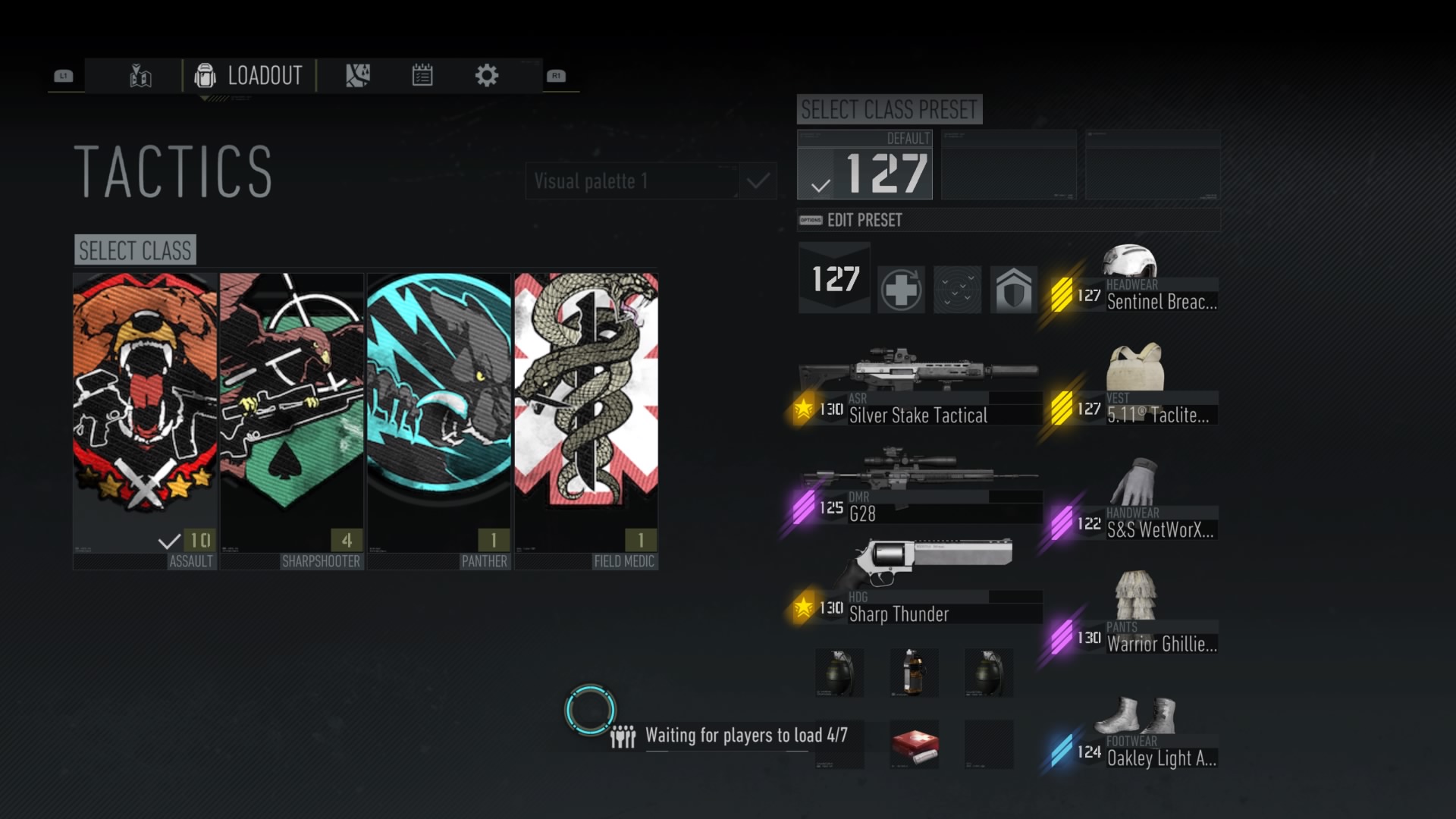 The only real saving grace for Breakpoint is that the “Ghost War” PvP mode is average. It tries to mix standard team deathmatch with battle royale trappings and creates an experience that is at least somewhat playable. There’s less glitches, no pay-to-win nonsense, and a decent selection of maps. It sucks that no other modes are on offer, but a roadmap of content is promising extra additions to the mode in the future.

Still, I can’t recommend you wait for this game to eventually become good. That’s not how gaming should work. Even after patches and updates, I can only ever see Breakpoint becoming an average game instead of one worth investing time into. When its predecessor is better and there are a ton of free options to get a battle royale fix going, what purpose does Breakpoint serve?

Is it to see the conclusion to some epic story? Well, I have no idea what happened in the game and the ending was anticlimactic, so that’s a no. Is it to get your friends together and chill out a bit? That could have been a yes, but there are a ton of technical barriers that make progressing in its story actively difficult to accomplish. I’m really struggling to figure out what reason there would be to even give Breakpoint a second thought.

As a longtime fan of the series and as someone that honestly tried to give this a shot, I’m sorry to say that Breakpoint is a failure. I suppose the game can only get better from here, but it is not currently in a shape to even be considered finished.