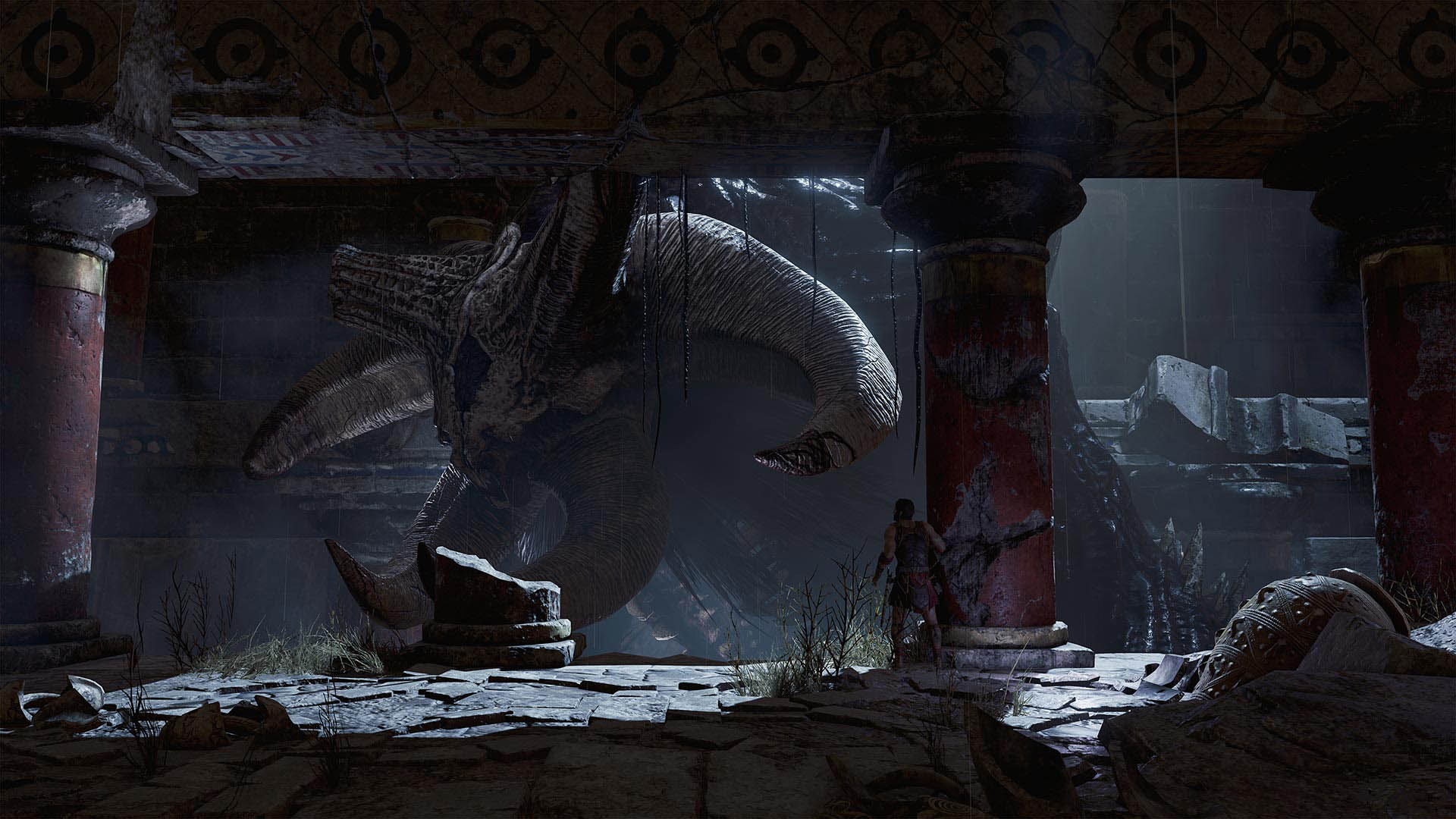 Some video game premises can grab my attention in just a few simple words.

As a mythological action-adventure title, Theseus is one such example. That’s all I needed, but maybe you need more to go on. How’s this? It’s a game about working your way toward the heart of a decrepit labyrinth and facing hellish spider creatures and a particularly fearsome Minotaur along the way.

For better and worse (but mostly worse), Theseus is more adventure than action.

It’s a stripped-down retelling of the famous myth that cuts out everything but the basics and takes some liberties, an approach that works decently for the game’s condensed, single-sitting scope. You don’t need to know anything about the old tales to follow along here. Theseus begins in a foreboding dream-like world, and aside from a few sequences that bring him back into this realm, his entire journey is set within the confines of the labyrinth. That’d be great — if it felt like an actual labyrinth.

The bulk of the experience involves walking with a torch in hand or shimmying up ledges. You aren’t ever really exploring on your own, getting lost, or solving puzzles. It’s much too linear for any of that.

There isn’t a huge emphasis on fighting, either. Further in, you will acquire a sword… but there’s only one lesser enemy type, spiders, and the combat boils down to swinging like a maniac and dodge rolling until the horrible nightmare beasts go down. Sometimes, you might set them on fire. That’s fun.

The immersion of VR keeps things from feeling as stale as that beat-by-beat summary probably sounds, but even then, the tech can only get you so far. There are some standout moments that convincingly sell a sense of scale and danger (one of the best bits involves navigating a pitch-black tunnel with glowing spider eyes staring at you from every direction), but those scenes are too few and far between. Most of the time, the camera is perched at a fixed angle, Resident Evil style.

What’s more, PlayStation VR struggles to keep up with the visuals. Theseus looks rather good in screenshots, but in practice, pixelation and shimmering bog down the art direction. This has been an issue in other PSVR titles to varying degrees, but it’s notably distracting here.

At this point, you’re probably thinking I dislike the game and that it’s a dull, uneventful, way-too-linear adventure. It absolutely is those things at times, but it does have one really good aspect going for it: the Minotaur. He’s intimidating as hell. He’s terrifying. You can’t possibly get away from him soon enough. This is one part of Theseus where virtual reality makes all the difference, aided in large part by nerve-wracking sound design and horror-movie-esque musical cues. I loved these bits. Loved ’em.

It’s a shame there isn’t more of an adventure — or even just more of a game — to back up the Minotaur encounters. Theseus feels like a small-team effort, and a middle-of-the-road one at that. The myth-turned-game concept is smart, but the execution and scope aren’t where they need to be.