Bigby the Wolf has the weight of the world on his shoulders. He’s just stumbled upon two murders, everyone is judging him based on his past, and all of it is starting to take its toll. In the second episode of Wolf Among Us, Telltale does an amazing job of unloading some of that burden off to the player.

Whereas Faith showed us Bigby from afar, we’ve now become him in Smoke and Mirrors. This is going to be one wild ride that even Toad might not be able to handle. 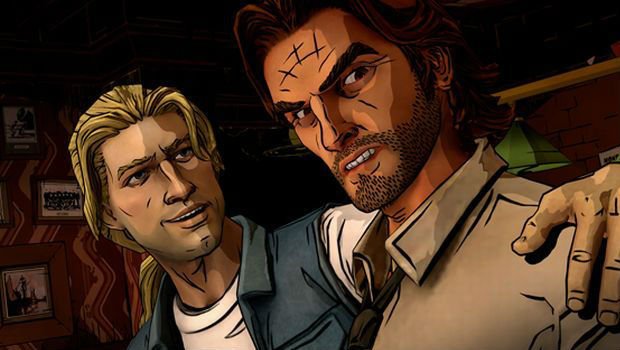 [As is the case with all of my Telltale reviews, there will be no spoilers or specifics for the current episode (outside of new character introductions), although events of previous episodes will inevitably be discussed.]

Even without having read the Fables comics the series is based on, the first episode of Wolf Among Us made an impact on me, and ultimately felt welcoming. It was incredibly easy to follow, and the characters are what ultimately drew me in. But as is the case with many initial offerings, I didn’t get as much time as I had wanted with said cast, and I wanted much more. Smoke and Mirrors is really the point where I realized that I’m all in.

The second episode starts off with the bombshell cliffhanger from the prior episode, and gets right in the the thick of things as Bigby is wrapped up in some complications involving the ongoing investigation. This episode is a little darker and deals with themes other than murder, as it dips into sexuality, infidelity, and loss. In short, Smoke and Mirrors gives you a better look at the world of Fabletown and how bleak it really is.

In Faith, Bigby had the opportunity to get rough on a few occasions, mostly toward the end. It hinted at his split personality — the feral side he has lying in wait just in case he needs to pull out all the stops. But Smoke and Mirrors doesn’t merely hint at Bigby’s Jekyll and Hyde scenario — it lets you live it, throughout the entire episode if you wish. The two separate murder cases are heating up, and as a result, Bigby can resort to violent or non-violent tactics on a near constant basis.

This is important to note for two reasons. It not only makes Bigby a more interesting character, and by proxy a true extension of the player, but it also mixes up the narrative a bit — as your choices have more immediacy, rather than the typical “wait and see” conventions Telltale likes to employ. This episode involves more detective work, a return to a few familiar setpieces, and the introduction of a few new ones — most notably Georgie Porgie’s strip club and call girl hub.

Wolf Among Us feels a tad more adventurous this time around, as genre staples like contextual and missable items return, and there’s even a light puzzle to solve (more of these please). Telltale has generally moved out of the more hardcore adventure elements in favor of putting the narrative first, so it was refreshing to see a few nods, no matter how small.

Another improvement with Smoke and Mirrors is the quality of the performances. You’ll see more nuances from characters that were previously rather one-note (Ichabod Crane, Beauty, and Dee), and you’ll meet interesting new faces like the aforementioned Georgie. All of the new additions are well implemented, without being too overbearing. Should you want more, extra Book of Fables encyclopedia entries unlock with every passing episode, which is a nice extra to work towards in the finale. Everything else about Smoke and Mirrors maintains the same high standard of the first offering, with beautiful visuals and an appropriate soundtrack. 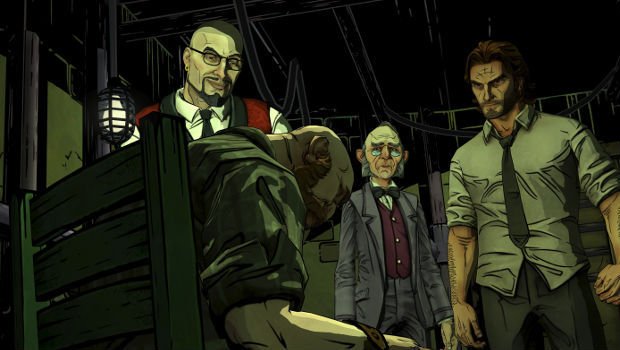 The biggest accomplishment with the new episode however is the fact that your actions have more consequences on a personal level. Bigby ceases to be a construct of Telltale and starts to become an extension of yourself, causing hesitation on more than one occasion. Having said that, there aren’t really any “big, freeze-the-screen” choices throughout this roughly one-hour tale like in Faith — just a lot of little ones. Not a whole lot of big choices carry over from your previous story either, as the only major connection is tied to whomever you decide to capture at the end of Faith. It remains to be seen if future episodes will employ more connections.

Whereas the first episode of Wolf Among Us had me intrigued, Smoke and Mirrors has me hooked. Although it’s not nearly as explosive as its own The Walking Dead series, Telltale has managed to craft a world full of interesting characters, and with the fairytale setting — the sky is the limit. Let’s just hope we don’t have to wait so long for part three.