Devils need a few light slams every now and then

Telltale does a wonderful job of showing you just how tough Bigby Wolf’s life really is.

He’s constantly trying to do the right thing and fight his feral nature, but every so often you really can’t help but rough someone up to solve the case. After all, Fabletown is a dangerous place, and every wasted second could mean a new victim or the flight of a perpetrator.

While In Sheep’s Clothing doesn’t give us the showdown we’ve been wanting since the end of the first episode, it still delivers that wonderful feeling of tension that’s been sprinkled throughout the series. 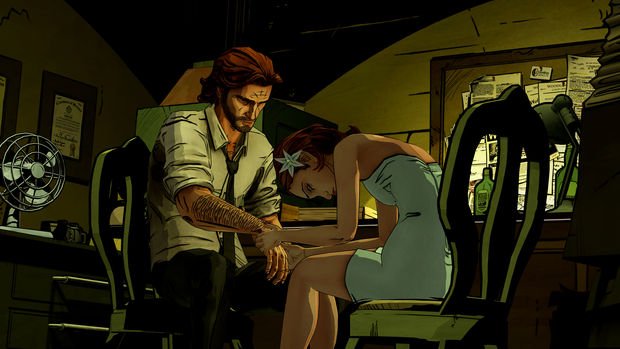 When we left off last, we had just seen the real dark side of Bigby — the walking monstrosity that barely resembles his human form. It was a harrowing moment, the realization that you had been in control of a monster the entire time, not just in name. Of course, that’s only if you’ve been playing Bigby by the books throughout the course of the first three episodes, as many other players were quite aware of the “Big Bad” inside.

The start of In Sheep’s Clothing serves as a reset button of sorts, getting things back on course while Bigby gets sewn up in his apartment. Bloody Mary did a number on him in that fated alleyway confrontation, and he’s faced with an Iron Man-like situation with silver fragments in his vital organs. While Dr. Swineheart operates you’ll have a chance to bond (or debate) more with Snow, who has a newfound purpose in light of your collective failure.

This conversation basically sets the dire tone for the rest of the tale. Bigby is broken and beaten, and although he wants to get right back into the thick of things, people are constantly at odds with his sometimes questionable methods. The identity and location of the Crooked Man is paramount, but there are so many other problems going on on top of that, it’s tough to see how most of them will be solved in just one more episode.

In Sheep’s Clothing needs to give us more of the mystery, and for the most part, it does. Secrets are revealed from characters who were otherwise mum, and confrontations with new adversaries will result in even more answers. Of course, most of the real answers are saved for the next and final episode of the season. In other words the picture is really starting to come together, but there’s still more behind the curtain.

While you’re unraveling all this, you’ll encounter a bonding moment straight out of Pulp Fiction, as well as more investigatory dealings with old and new faces. Even if the results aren’t immediately evident, Telltale once again does wonders with its conversational choices, allowing you to take the high or low road in interrogations. We also get to see a tad more of the city outside of Fable Town, which reminds us that these Fables aren’t living in an enchanted forest — but the real world.

So how are the big choices? Well, outside of the aforementioned nuances in individual conversations, the major decisions are fairly slim. The big one is choosing where to go first (just like episode one), which impacts the way the story plays out, but doesn’t really give you an “oh my god what do I do?!” moment like, say, the end of episode three did. 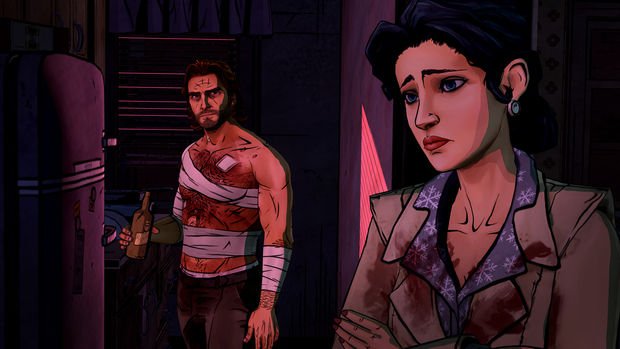 Having said that, Wolf Among Us continues to wow me with all of the details therein. From the Little Old Lady who lived in a shoe in a random painting to Curds and Whey in a jar, there’s lots of lore building, and all it makes me want to do is read the comics proper. While The Walking Dead always feels like more of a micro-tale with each individual group, Wolf Among Us feels like something greater, and bigger than Telltale — and that’s a good thing.

The Wolf Among Us: In Sheep’s Clothing isn’t a wholly satisfying penultimate episode, but it’s about on par with its predecessors in terms of quality. You’ll get enough answers and confrontations to be entertained throughout, but it most definitely leaves a lot to be resolved in the final episode.