The Wolf Among Us has been one hell of a ride. Although Tellltale’s The Walking Dead managed to craft a grimdark world worth seeing time and time again, Wolf has a more nuanced take, with larger-than-life fairy tale characters who have decidedly human problems.

All of it comes to an end here with Cry Wolf, the last episode of the series. While I’ll refrain from spoiling anything in particular, I will say that is indeed a satisfying conclusion. 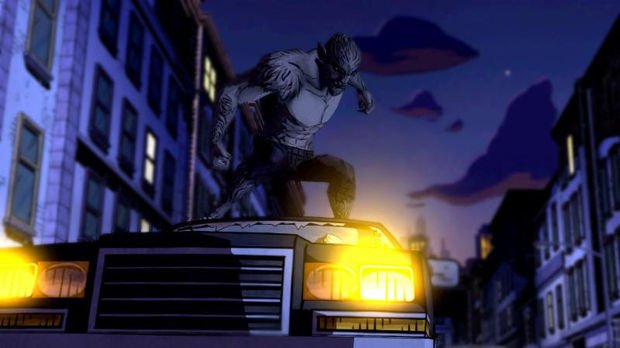 Cry Wolf picks up immediately after In Sheep’s Clothing‘s conclusion — in the inner sanctum of The Crooked Man behind the curtain. The same Crooked Man who seemingly set all of the events of Wolf in motion, and who we only got a mere glimpse of in the penultimate episode. The good news is — you don’t have to wait long for revelations. In fact, some secrets are immediately revealed, setting the tone for a rather fast-paced episode that doesn’t screw around or waste time.

The rest of the dark realizations will unfold over the course of the tale, but the pacing is pretty spot-on throughout, sprinkling a good amount of action scenes on top of confrontations and a few inquisitions. Fans who enjoyed the pure detective elements might be a little disappointed until the very end, but this is a finale after all, and there is a lot that’s expected in terms of excitement — which it delivers.

Unlike some scenes in past episodes, every event in Cry Wolf has a point to it, whether it’s to contribute to the overall plot, give us some character development, or deliver some plain old fun. There’s hardly any downtime — hardly any time to catch your breath from the get-go.

One boss fight in particular is a very fun battle that’s unlike anything in the collective of episodes so far — it also happen to feature one of the most terrifying and unique character designs Telltale has dreamed up to date. The action has always ramped up in terms of showing off Bigby’s abilities, and this one blows the roof off. Cry Wolf‘s diverse feel is also accentuated by a chase scene that’s unlike anything we’ve seen so far.

Also, the time is over for choices that “may or may” not influence something later. Although you still have your “[x] will remember that” prompts even near the end just for impact, said impact happens immediately, and there’s no wondering or hoping that your choice will matter somewhere down the line. In terms of past choices finding a way back to the finale — they do pop up in a satisfying way, but don’t expect too much in terms of actually overhauling the episode’s final moments.

The real question for any finale is — “is it satisfying?” — and I think Cry Wolf passes that test. It gives us a good villain worth confronting, an incredibly tense final set of choices, and a narrative that wraps everything up nicely. Some of your favorite characters might not get more fanfare than others, but there’s at least a nod to the supporting cast. Although I would have liked to have seen a little more from a few people in particular, I wasn’t disappointed by what I was shown. 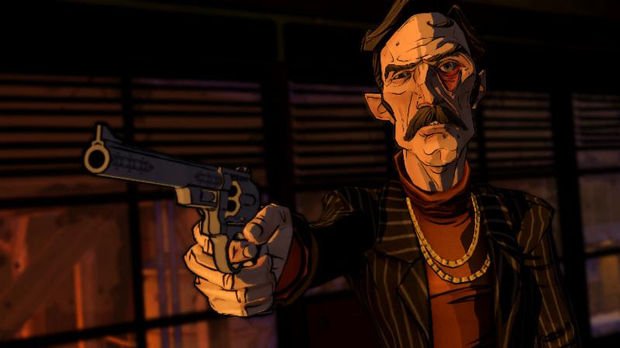 I don’t want more Wolf Among Us — I need more. It delivers a tone unlike anything Telltale has given us before, and really shows us how they’ve matured as a studio. The series has also influenced me to read Fables, the source material for Bigby’s adventure, just so I can pass the time and hold out hope for a season two. If you’re listening, Telltale, find a way.