Things are heating up for Clem

Clementine has been through an awful lot since meeting Lee at the start of The Walking Dead series. She’s grown, she’s changed, and now, she’s with a new group. Episode One sought to be a buffer of sorts between the two seasons, clinging on to some old adages and themes, but now, things are really starting to pick up in Season Two.

In case you were wondering, that’s a good thing from a gameplay perspective, but a pretty terrible thing emotionally. Although I’ll refrain from spoiling any major plotpoints, note that there will of course be minor story details discussed below, as well as spoilers for Season One and the first episode of Season Two. 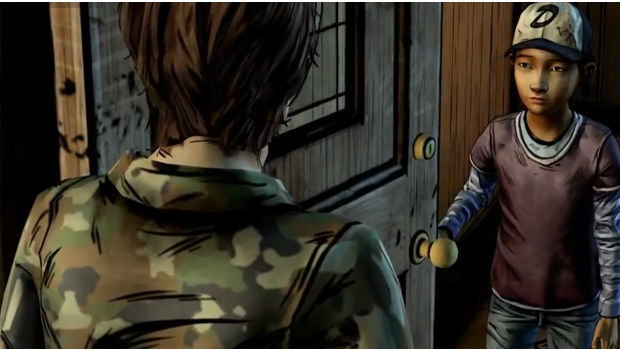 You’ll start to see the impact of your choices immediately in A House Divided, starting with your decision on who to follow at the end of All that Remains. It’s a nice segue, mostly because Telltale is demonstrating right away that your decisions actually matter somewhat — a theme that really hits home throughout the episode itself.

In short, you really start to learn more about the new crew, and characters that were previously one-dimensional start to become a bit more nuanced. In All that Remains, Clementine was an outsider, but now she’s starting to prove herself in the eyes of her crew, and making new friends in the process — and those friends will start to confide in you, and open up more narratives.

It’s also nice to also get some alone time with Sarah, Carlos’ sheltered daughter, as she is the last bit of innocence left in this iteration of Kirkman’s brutal world. It’s a nice break from nature’s constant need to force Clementine into adulthood, and a good glimpse into a window of what she could have been like had “the incident” not happened. An intriguing “stranger danger” scenario really brings out this concept to the fullest.

Over half of All that Remains’ choices mostly dealt with Clementine’s own well being, but in A House Divided, you’re “all in” so to speak with your new group, and everything you decide will have some influence on the people around you. A lot of those choices are disagreements that only result in a light amount of tension, but the social interactions are interesting nonetheless.

It must be said that A House Divided not only does a great job of offering up more important choices within the confines of the episode itself, but linking past adventures. We also finally see the link between 400 Days, and although subtle, it is appreciated.

What I love most about Telltale’s take on The Walking Dead though is its ability to constantly change up the scenery, and place you in new situations and locations — rather than fall into the trappings of a “farm” situation like Season 2 of the TV show. There’s also a massive surprise for series fans built in that really shook things up for me.

There’s also a major event that happens that the end that I won’t spoil here. It determines how the next episodes are going to play out in a big way. When I say that it’s easily the most variable event of the entire game series this far, I mean it. I wasn’t really that keen on replaying Season One over and over to see what happened, but after A House Divided, I’m already planning on it.

While the newest episode has a few more moments of downtime than I would have liked, it sets up a clear arc that will play out for the rest of Season Two. Telltale has managed to also bring back its past efforts into the fold, and although their impact is minor, I’m glad it was addressed sooner than later. Although I’m still not sure if this new cast is going to top Lee’s old crew, A House Divided is a great second offering, and I’m sufficiently hooked.