[This review contains some minor spoilers from earlier episodes.]

It’s over, then. The Walking Dead was a harrowing, turbulent, tragic journey that took seven months to play out, and ended with a couple hours of extreme violence, horrific guilt, and maybe the glimmer of hope. I challenge your eyes to remain dry.

The fifth and final episode in the series is a triumph, start to finish. It doesn’t wrap things up in a lovely package with a tasteful bow, and it won’t leave you with a feeling of contentment, but it couldn’t be more perfect for a series where loss is waiting around every corner. 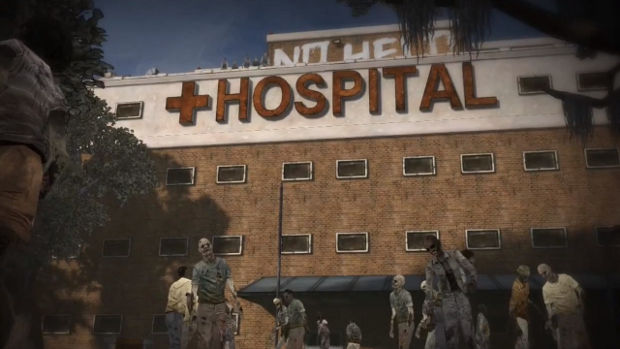 No Time Left is cruel.

It’s easy to forget, amid all the shambling corpses, betrayals, and drama, that Lee Everett is a convicted murderer — one who never pretends he was innocent. It was an important plot point early on, with players having to decide who they could trust with Lee’s secret, but other, more immediate concerns would eventually take center stage.

Had the dead not risen, Lee would have been serving a life sentence for the murder of a man. Instead, he finds himself freed from his bonds, and trying to survive in a nightmarish, post-apocalyptic world. There aren’t many things as unpleasant as prison, but that’s certainly one of them.

More than in any of the other episodes, No Time Left is Lee’s penance and punishment. 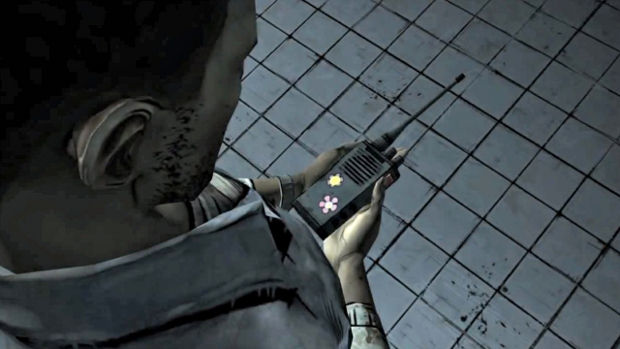 Clementine, who has undoubtedly become the center of Lee’s world, is gone, kidnapped, and the entirety of the episode is focused on getting her back, safely. Even above survival, Clem’s safety has been the greatest concern throughout the entire experience, and with that in mind, Lee transforms into a force to be reckoned with. A father, since that is what he has essentially become to Clem, who will do anything and go through any hell to get his child back. And that’s exactly what he does.

The balance between action and dialogue hits the sweet spot, and my issues with the pacing problems from the previous episode feel like a distant memory. Despite the constant sense of immediacy permeating throughout the episode, and the constantly looming threat of a zombie attack, every character is given the time to grow and, in the case of those that have become liabilities, redeem themselves.

While players can still choose to play Lee as a taciturn pragmatist, I played the most honestly I have since I started this adventure, and found myself looking at old characters with fresh eyes. It’s a testament to the abilities of the writers that they were able to bring some unlikeable characters back from the brink, and make me care about them and take risks to save their lives. There’s a final understanding between the characters that, while being bittersweet, humanizes them more than ever before. 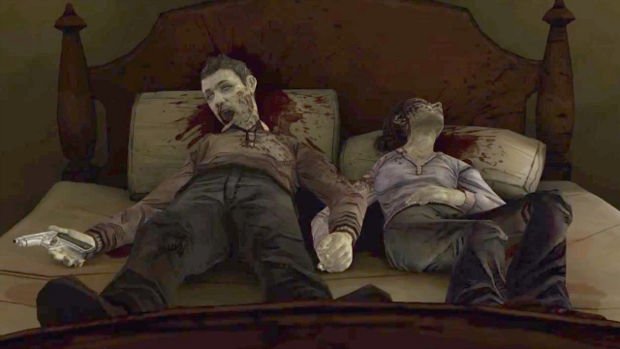 The choices of the sort the series has become known for fly hard and fast, requiring snap decision after snap decision — it’s chaotic and desperate. Most of them don’t have a massive impact on the way the story plays out, but we already know what’s going to happen to Lee. Instead, it makes it at least feel like you are in charge, even if everything is really out of your control. Sometimes, no matter what you do, you’re screwed, but that doesn’t mean the choices don’t matter. The payoff is in the reactions and responses of the characters; the painful glances, the worry they feel, and the sacrifices they make.

Puzzles, as always, are simple things, though they are at their most organic here. It’s a short episode, and one where you are rushing to save a little girl, so brain teasers wouldn’t exactly be appropriate. Generally they involve getting out of one place and into another, which may seem a little dull, but tie in perfectly with Lee’s single objective: finding Clem.

Where the violence of the previous episode made the zombies seem like nothing but cannon fodder, No Time Left uses its action sequences in far more meaningful ways. Desperate struggles, standoffs, and near misses bring back the threat of the undead, making them more than window dressing; while the consequences of limited ammo become all the more apparent. The brutality reaches new heights in one particular sequence that truly deserves the accolade of “epic,” with its swelling music and countless corpses put to the ground with efficient finality. 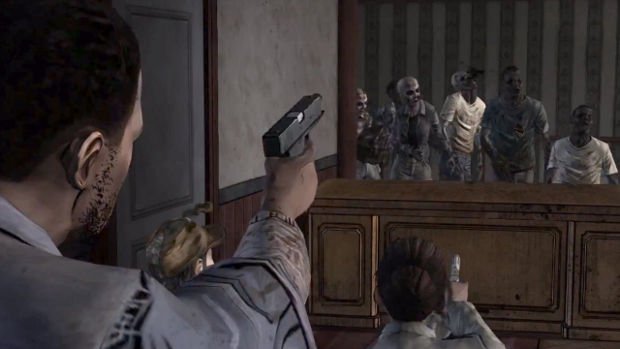 As the screen faded to black, and the credits rolled, I sat in silence. It took me a few drinks and a couple of cigarettes before I even wanted to think about writing a review of what has become a personal journey. While there have been several great adventure titles this year, none have taken the genre in such a different direction. Part interactive fiction, part adventure game, it turned relationships and characters into puzzles, and just like with real people, they don’t really have solutions. It’s been an immensely challenging ride, yet without any of the features normally associated with difficulty, and it encourages players to look at games in different, broader ways.

I have no doubt that people will want to talk about their own experiences for quite a long time, and I’m bursting to do it right now — damn you, restraint! The game demands players become invested in it and its memorable cast, and that makes it very difficult to look at each episode separately. The overall package is a phenomenal one, but I must admit that it is the end that will stick with me the most, with all the other episodes leading up to this massive crescendo.

It was an upsetting goodbye, perhaps even one with tears, but I wouldn’t have it any other way.