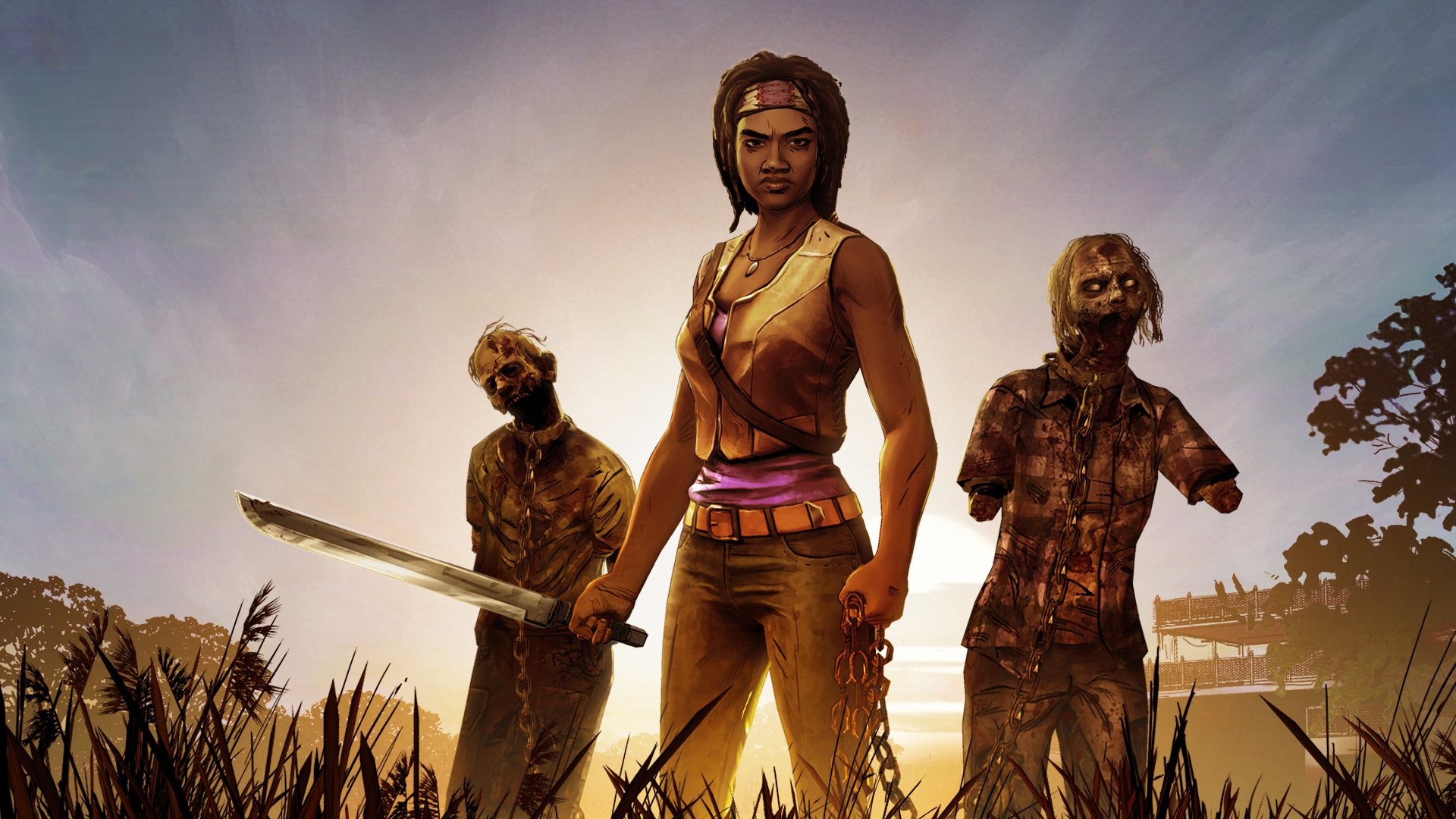 Telltale struck gold back in 2012 with The Walking Dead. It already had the well-crafted Sam & Max revival under its belt along with the stellar Puzzle Agent, but beyond that, it hadn’t really delivered a breakout hit. Once Lee and Clem entered the picture, the rest was history.

While the developer has been putting out consistently good work since then (Wolf Among Us is my personal recent favorite), it’s clearly resting on its laurels in some ways. This is especially the case with The Walking Dead: Michonne, but that doesn’t meant Telltale has lost its edge. 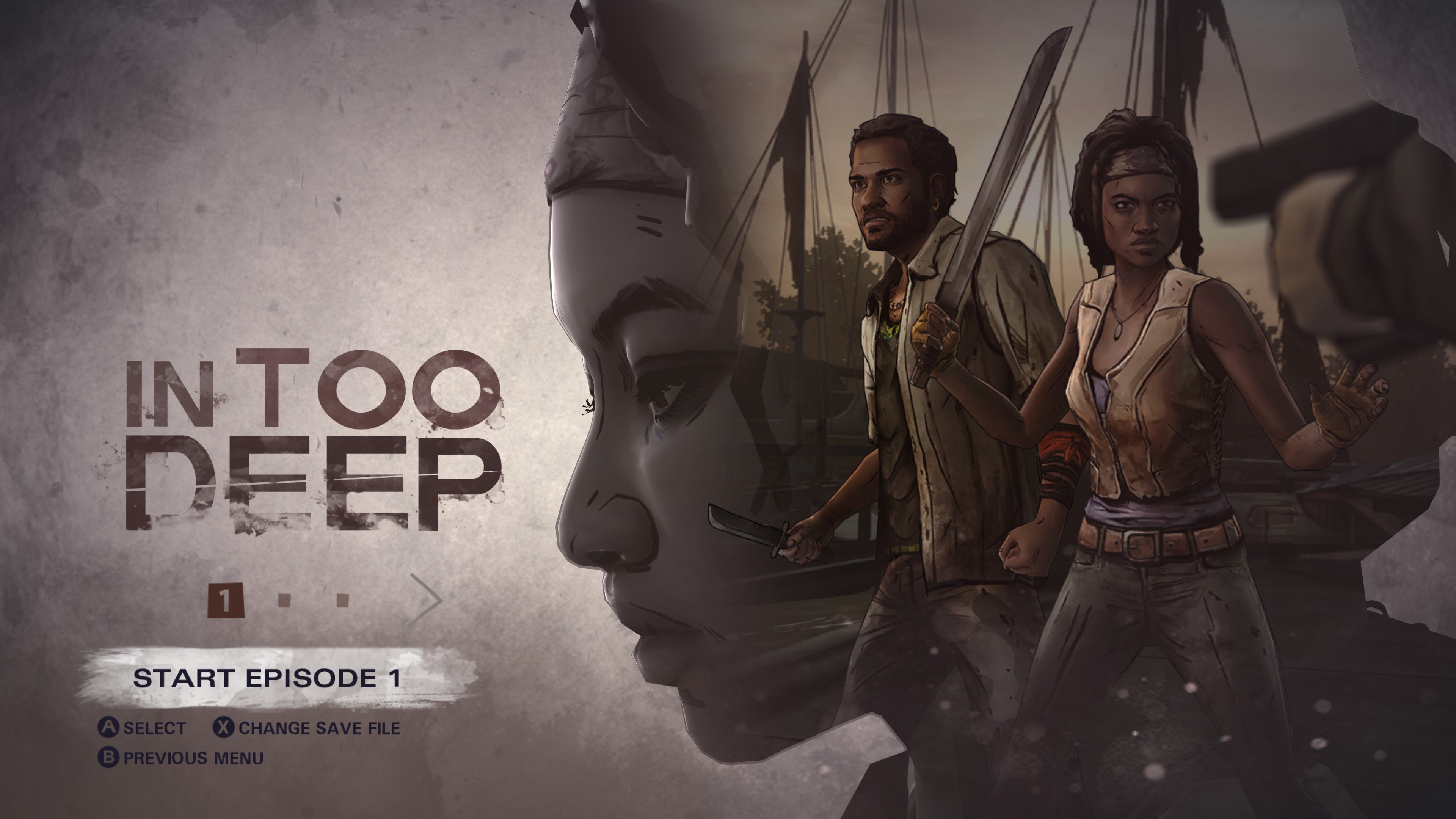 Michonne, in my mind, is one of the more interesting characters in the Walking Dead series, and thankfully Telltale is following the comic’s timeline, allowing her to spread her wings. I was hooked from the start with a surrealistic dreamscape of sorts that delves into the depths of Michonne’s psyche. The sequence doesn’t come out and tell you exactly what happened that influenced her stoic personality, instead providing bits and pieces, but it’s fairly clear even if you haven’t read the source material. Within the first five minutes, you’ll be invested in her.

In Too Deep doesn’t waste much time when it comes to pacing. This is partially because of how engaging Michonne is, to the point where you’re always wondering what she’s thinking, even if you have an influence over her actions. She’s formidable yet vulnerable, leading to an unpredictable series of scenes where anything can happen. Samira Wiley, Michonne’s actress, helps sell it. There’s a strength to her voice but you can also clearly hear her trembling at points, and I’m anxious to see how she handles the next two episodes. She captures the essence of the character very well, at a level few Telltale performers can boast.

But this is also one of the most linear stories the studio has ever told, which will grate on those of you who are tired of the “adventure light” formula. The “[x character] will remember that” prompt feels even less poignant, particularly since there’s only three episodes in total, and the impact of individual bits of dialogue on future events seems minimal. Picking up an item feels meaningless, as it’s mainly just a means to a pre-determined cutscene’s end. The big choices, as always, are usually nail-biting affairs, but there’s only several of those throughout.

I also haven’t bought into the new cast, though I suspect a few of them (Norma, Pete) will grow on me. There simply isn’t a whole lot of development yet. Your crew seemingly consists of swarthy, moral scavengers, and the other group is pretty one-sided on the opposite end. I’m sure more nuances will arise over time, but for now it’s predictable, clocking in at the standard hour-and-a-half episode runtime.

Having said that, In Too Deep is bolstered by a more stylistic presentation akin to The Wolf Among Us that’s a cut above Telltale’s usual work. This is all too appropriate for a character like Michonne, who has a big on-screen presence, and the opening number jells with the beautiful artwork. The engine is still showing its age (mostly with janky animations during dialogue choices), but it works, with little in the way of major issues, at least on PC.

At this point I’m starting to tire from the Telltale formula, especially when it doesn’t provide a cast of memorable characters from the get-go, but Michonne herself was enough to power me through the episode and keep me interested. In Too Deep hasn’t topped either season of The Walking Dead so far, but if you can still stomach a few empty “remember” prompts, you’ll enjoy the story they’re trying to tell.