One more to go

Telltale was never going to top the Walking Dead series proper with their three part Michonne series. It was always presented as a sort of tertiary tale, a gaiden that followed in the footsteps of the star, partially tied to the comic series.

The first episode reflected that spinoff mentality. So does the second, for that matter, to a greater extent. 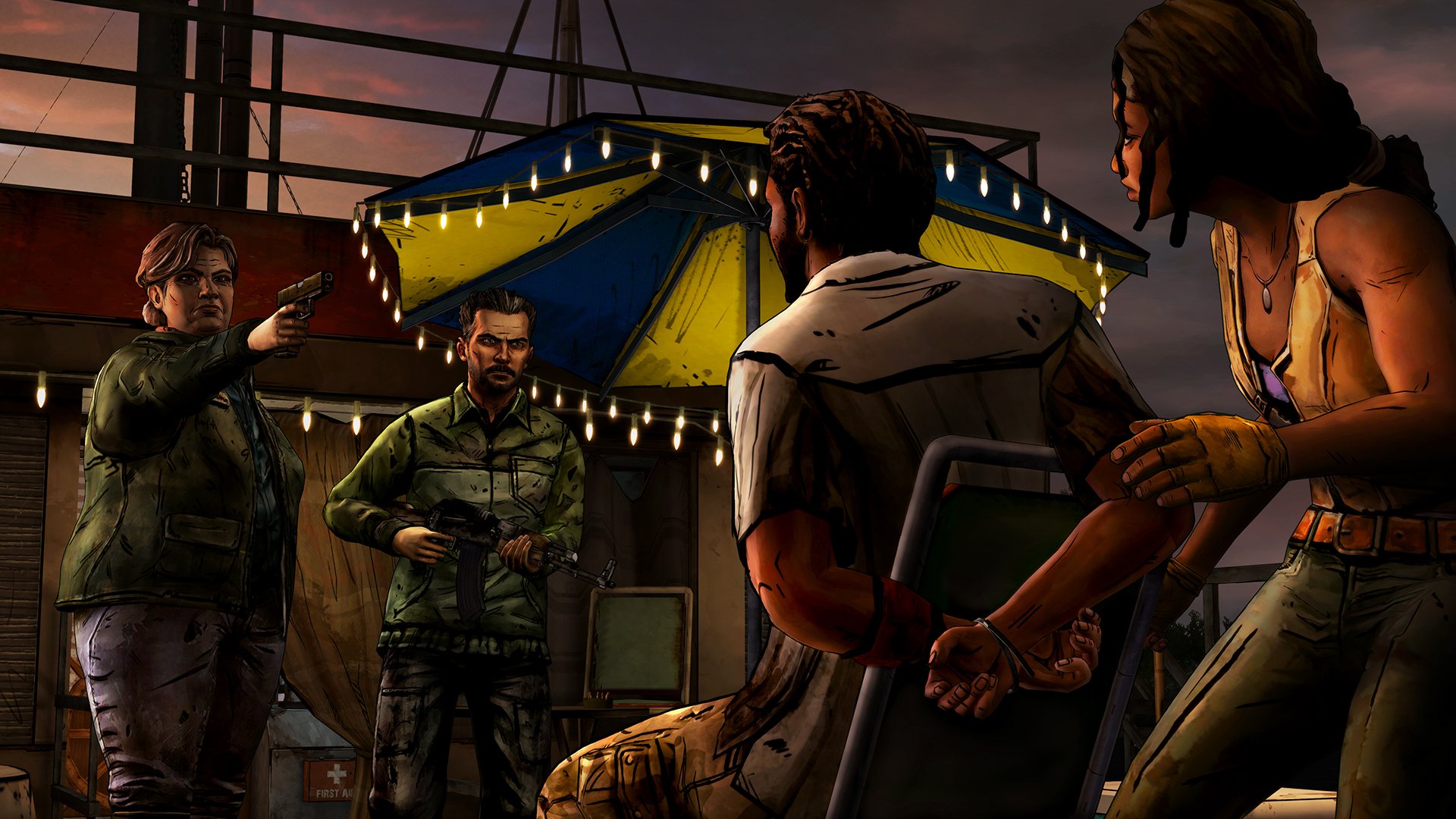 I appreciated episode one because it delved into Michonne as a character, highlighting her past briefly without overdoing it, and hammered home what type of person she was, inside and out. With Give No Shelter, she is mostly just reacting to the events that unfold. There’s even a moment that feels like that part where Dr. Grant is leading the kids through Jurassic Park teaching each other things along the way — which is kind of cool? But that relationship developing spirit walk was already done better before, by Telltale no less with Lee and Clem, who had natural chemistry.

I’m having a tough time really connecting with any characters in this series other than Michonne and Pete. You get some much needed backstory on Sam, a previously one-dimensional cast member whose recent relationship with our heroine was literally forged in fire, but it’s not enough. The grimdark, “trust no one” nature of the Walking Dead universe, permeated through all of its forms of media, can work for or against it. At times it can really drive the point home that the world has truly gone to shit, and that there is no actual hope of anything getting better — merely survival.

But if it’s not presented effectively, it unravels as a series of horror tropes with appropriately edgy dialogue and hollow characters. Give No Shelter tap dances around both sides within minutes of each other. You have the option to make yourself vulnerable, and it means more coming from Michonne than almost any other protagonist in Telltale’s history. Samira Wiley as the titular role once again helps carry the episode with her performance. I also give a massive amount of credit to the animation team, who provide a near unprecedented amount of nuance to Michonne’s facial expressions.

For every moment of solace like this there’s a regression. Shelter has some flashbacks, sure, but they largely retouch on what we already knew from In Too Deep, and give you just enough information on what happened at the start of the apocalypse to leave you wanting more. To its credit there is never a dull moment, and there’s at least one “holy shit!” surprise moment that comes out of nowhere.

In a season consisting of five or more episodes, a transitional, table-setting tale like Give No Shelter would theoretically justify itself. But with just one more chapter left, it feels like there should be more here. Despite that, I do have faith that the finale will tie it all together neatly.