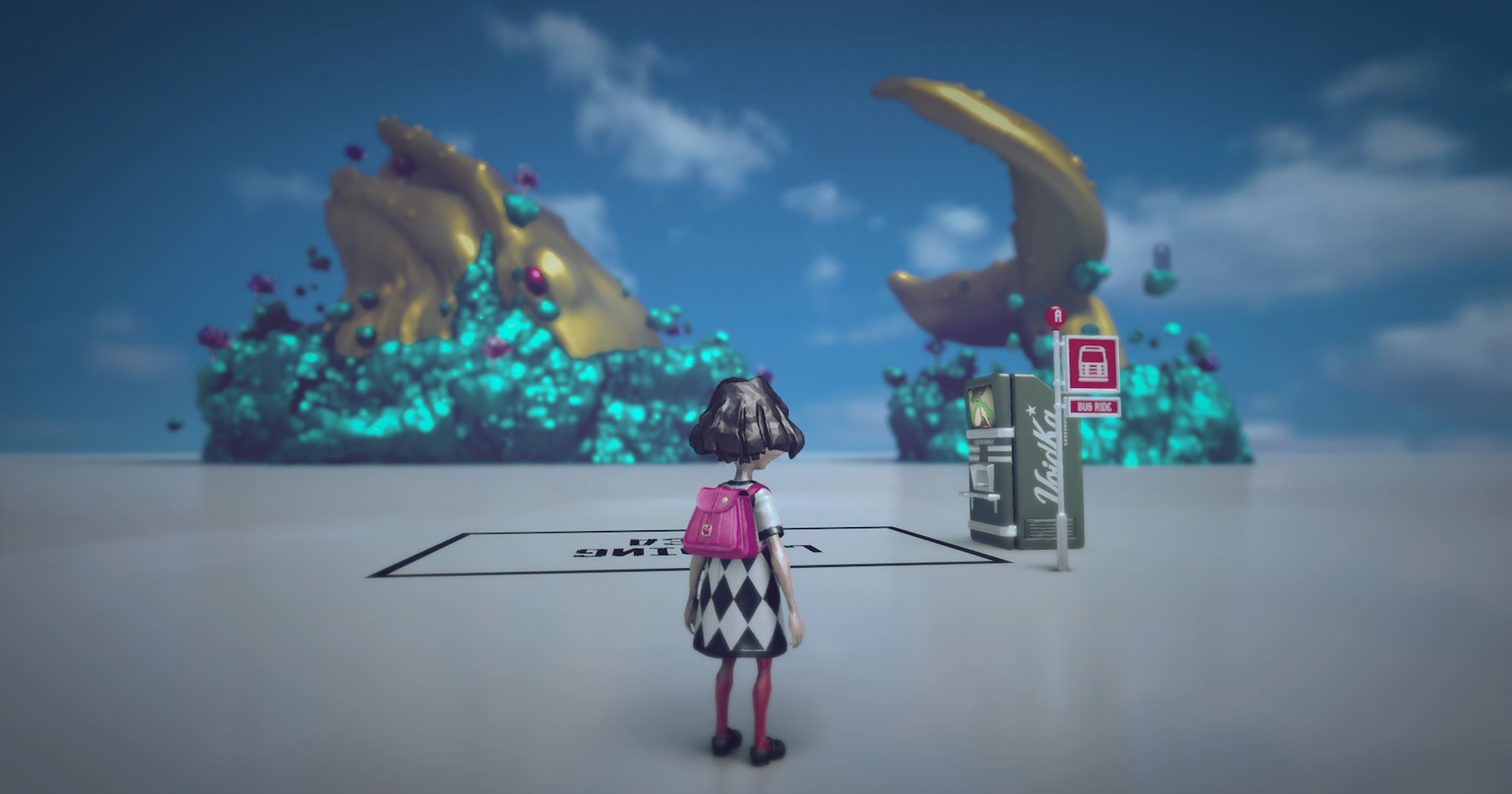 While Q-Games is best known for the PixelJunk series, the studio’s otherworldly resource-gathering, town-rebuilding, kaiju-stopping game The Tomorrow Children left a mark. Assuming, of course, that you were around to catch lightning in a bottle back in 2016.

With an online shared-world foundation, this peculiar social action-adventure game let players roll into town to pitch in with exploration, hauling, building, and a lot of odd jobs — manual labor was kind of the whole point in this Soviet-themed “alternate future.”

Every task felt slow, methodical, and deliberate. But all the tedium ultimately paid off when folks worked together long enough to accomplish bigger goals. The Tomorrow Children was an entirely communal game, leading to memorable player experiences (and some chaotic trolling). It was a niche game, but a neat one, and it was sad yet somewhat understandable when Sony shut down the servers. The game needed time to flourish.

Now it’s back on PS4 this week thanks to passionate developers at Q-Games, who got the IP rights back from a surprisingly cooperative Sony Interactive Entertainment.

I’ve been wanting to revisit The Tomorrow Children since Death Stranding. I only dabbled in this once-lost game, but I love the idea of teamwork-oriented shared-goal gaming.

Unlike the earlier online-only free-to-play version, The Tomorrow Children: Phoenix Edition is a $40 game with no “grind lessening” real-money purchases to keep it afloat. And instead of a dedicated-server setup, every player starts with their own peer-to-peer town, including the ability to cooperate online with strangers or play offline with AI helpers.

This is an important distinction to make — some of the game’s original bewildering nature has been smoothed out, and at least at launch, the co-op vibe isn’t exactly the same. Folks will be initially focused on raising their own town, before hopping around to help out others. While it was interesting (and sometimes frustrating) to have fully shared towns in 2016, in this 2022 incarnation, it’s nice to have a bit more ownership; you can rest easy knowing that your personal town won’t burn to the ground when you log off.

Your first impression of The Tomorrow Children will feel more tutorialized in Phoneix Edition, in a good way, and once you’ve got the basics, it’ll be possible for other players to hitch a ride into your town. You can bounce around, too — it’s a quick loading screen away.

You might be wondering what it is you really do in The Tomorrow Children. Humanity is gone (for reasons that are better felt than described), and to bring back some semblance of the former world, you’ll traverse the white quicksand-like Void all around you. As a specialized Projection Clone, you’ll dig out giant sculpture-like “islands,” find hidden matryoshka dolls, and restore them into proper citizens back at base. All the while, you’ll stock up on metal, food, wood, coal, and crystals needed to craft structures and maintain your growing town.

While it’s a simple concept, The Tomorrow Children can be a tricky game to sum up right.

In many ways, it isn’t “fun” in a traditional sense. Progress is slow — especially alone — and many of the pickaxe-wielding mining mechanics are familiar by now. But at the same time, I can’t stop coming back for more. As of this review, I’ve clocked 22 hours.

For some people, even the most exciting “high points” will be too boring. And if that’s the case, no matter how much progress you make, or how many fancy new (limited-use) gadgets you acquire to speed up the mundane grind, you aren’t likely to change your mind. The intentionally limited inventory space will always be a problem, and the drawn-out bus rides from town out to the islands will never be fast enough. Busywork *is the game.*

For me though, these quieter gameplay moments give meaning and weight to this admittedly low-key experience. The Tomorrow Children can be contemplative or a total zone-out game, depending on how you look at it. I fall somewhere in the middle.

There are gameplay tweaks and refinements

The Tomorrow Children: Phoenix Edition is essentially the same game as before, brought back to life with key changes to keep it around for posterity. The nitty-gritty tweaks will stand out to the hardcore community, but they aren’t hugely different from afar.

One of the biggest is that now, island exploration is more methodical — there isn’t solid ground, so you’ll slowly sink into the Void by default. That means you need to make good use of the platform-constructing jackhammer and be extra careful not to tumble off, or use crystals to harden the surface. I liked the stakes. One wrong move is enough, so I couldn’t sleepwalk. On the flip side, death isn’t too punishing — it’s mostly a time-waster.

In my experience, the new peer-to-peer multiplayer works great. You can share your town code with friends, or easily pull up a public list of towns and hop around.

As before, you’ll communicate with emotes at most, but much of the time, players kind of just intuitively do their own thing and then come together to help each other out. (See: Journey.) If the primary player was out fetching resources and dolls on an island, I’d stay back to defend against invading Izverg, repair bombed-out buildings as needed, and deposit busloads of goods into their specified storage area. Some people seem to hate the sliding-block puzzle mini-game for crafting, but I don’t mind it, so I’ll do that, too.

Even with the smallest of contributions, every step of the way, you’ll earn “Toil” that funnels into 1) gear purchases and 2) skill upgrades. There’s also a chance to pick up Freeman Dollars for cooler, longer-lasting items on the Black Market. Again, The Tomorrow Children is extremely slow-going, and Phoenix Edition doesn’t change that. I was hoping the pricier stuff would be toned down even more than it is compared to the free-to-play days.

As a solo player, it’s tough to be as well-rounded as I’d like. Necessities like a pickaxe, shovel, jackhammer, and shotgun add up, to say nothing of high-impact extras like a missile launcher or the limited-time VoidKa ability boosts. In a group, you can specialize and make the most of your coupons — you can synergize. But alone, I had to play it safe.

With AI in the mix (whether you’re playing The Tomorrow Children offline or in an empty-enough online session), some of the basic tasks will be easier. AI and real players phase in and out as they go about their business. Sometimes, I couldn’t easily tell them apart.

But when it comes down to it, the AI will never do anything too bold — more than anything, the bots like to scoop up scraps (in town and on islands) and they’ll hop in a turret to take potshots at flying rays or stomping Godzilla-esque Bankrotz. They’ll also repair buildings if you’re away, but they aren’t exactly in a hurry to do so.

Still, this is a big improvement that helps with pacing. You don’t have to babysit every facet of the town upkeep, which is great when you’re in the groove on an island excursion that’s a long bus ride away. You can let certain tasks pile up for a while, worry-free.

For me, the game’s tunneling and platform-building exploration is the main draw, whether I’m playing alone or collaborating with others. Q-Games says there are more than 40 islands — I saw too many to recall, including a massive imposing red face, outstretched arms, a cake, colorful floating bubbles, a retro TV set, and a toy robot. These mountainous art installations can also be expanded if you trigger a transparent “monolith”; that said, some require multiple players to activate it. If you find every hidden doll, or wait long enough, an island will sink back into the Void. I liked this rising background tension.

There are new tools like a grappling hook, but I ended up wasting too many shots by not quite nailing down the firing distance, and my currency was better spent elsewhere. Similarly, I wish the jetpack was within easier reach — some islands are so oppressively vertical that I just had to wait for them to vanish and try my luck with a different area.

The first major goal is to restore 50 residents, at which point your town is complete — but you aren’t “kicked out” for good as it initially seems. You’ll be able to return and keep reaching new heights. I’m now trying to hit a population of 100 as well as upgrade my newly-built Town Hall with loads and loads of metal. What comes next, I’m not sure.

It feels like this Phoenix Edition re-release was less about sweeping improvements and “trying again,” and far more about just getting The Tomorrow Children back in players’ hands in a future-proof way. So while I wish that Q-Games could’ve modernized or expanded certain elements (especially combat, which is often very one-note), I get the scope.

I’m glad to get another genuine crack at this subversive social crafting adventure game as someone who was there in 2016 but has hazy memories at best. It’s not as impactful in 2022, if I’m being honest, but there’s also nothing quite like this vibe. I knew I was in for something special as soon as the amped-up music started blaring on my home screen. The visuals still hold up surprisingly well for the most part, and playing on PS5, I didn’t run into any notable performance issues — just a couple of pre-launch-day crashes at worst.

Offline support and AI bots are enough to make certain fans happy, and while the price is too steep and the patient gameplay loop is too niche to recommend to a wide audience, I still want to nudge as many people as possible. I didn’t expect to spend more than 20 hours toiling away with this strange game, yet here I am, with no signs of stopping.